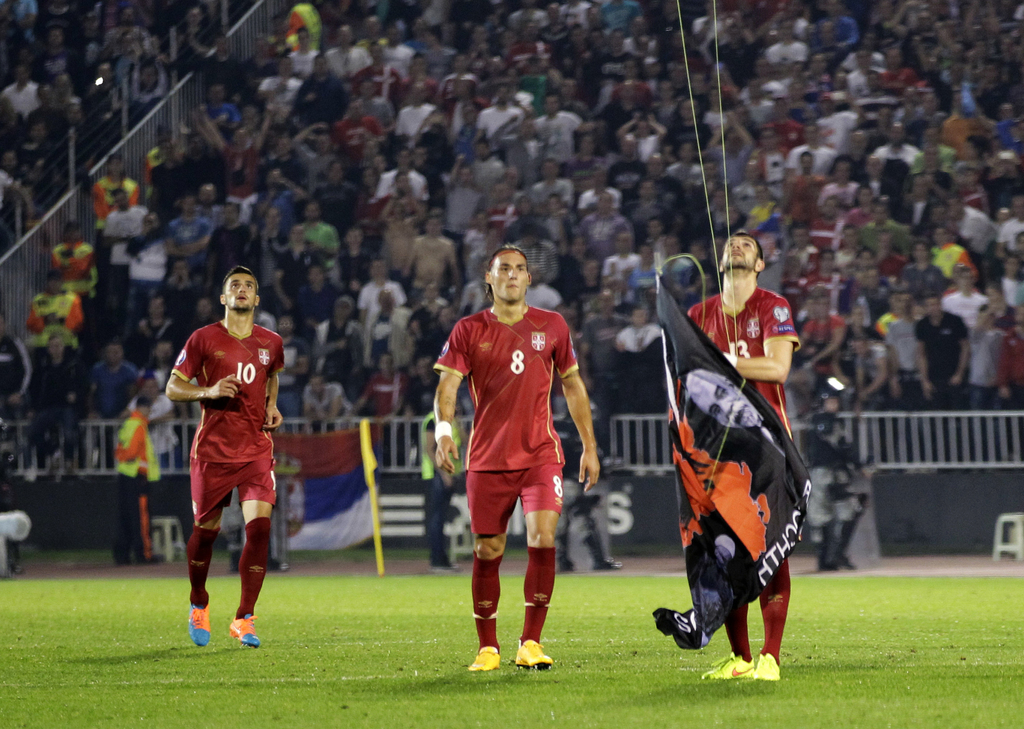 ZAGREB, Croatia (AP) — An Albanian soccer fan detained on a Serbian warrant for allegedly flying a drone with a nationalist banner during a high-risk match has asked for political asylum in Croatia to avoid extradition.

Ismail Morinaj was arrested in Croatia in June on a Serbian warrant. A court in Dubrovnik agreed last week to extradite the 35-year-old Albanian to Belgrade.

Morinaj's lawyer Darko Butigan said Monday his client has appealed the extradition ruling and also sought political asylum in Croatia. Butigan says Morinaj fears he would not get a fair trial in Serbia.

Violence interrupted an October 2014 European qualifying match between the Serbia and Albania after a drone with an Albanian banner appeared over the pitch.