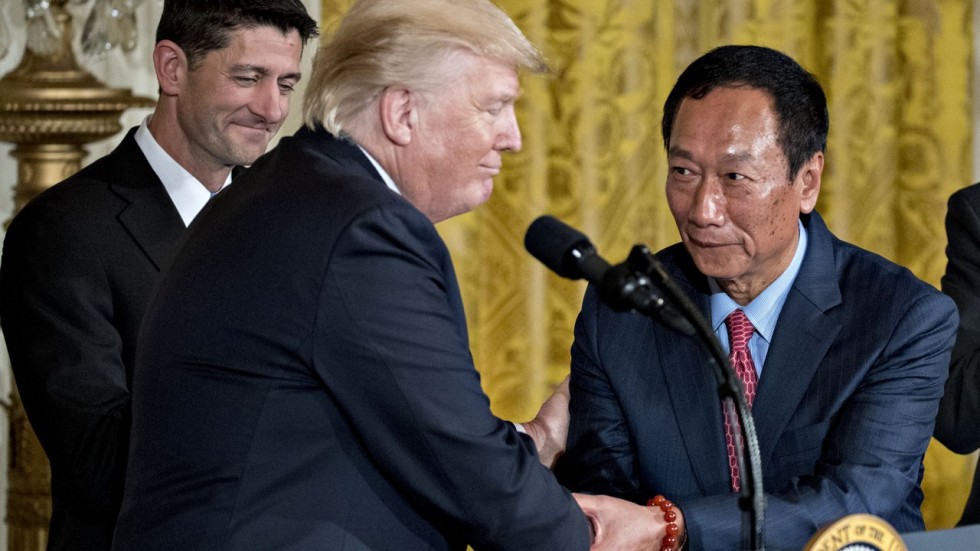 TAIPEI (Taiwan News) – Ever since Foxconn, also known as Hon Hai Precision Industry, announced a US$10 billion investment in Wisconsin, it has pretty much been the talk of the town.

Even US President Donald Trump hailed Foxconn as “one of the truly great companies in the world.”

The ROC Ministry of Economic Affairs (MOEA) said that cross-border corporate investment is the best business model, but it had also hoped that Taiwan would in some way remain beneficial from such deals. Analysts believe that the impact would be minimal and in fact could be beneficial for domestic component groups.

Foxconn's decision to invest US$10 billion in the United States involves plans to spend the money over the next four years, which would create a high-end LCD display panel plant.

The MOEA is much pleased with the decision as it believes the cross-border investment in a manufacturing plant near the target consumer market is one of the best business models. The MOEA also believes that Foxconn's deal would give Taiwan and US a win-win technology cooperation, so that the US, Japan, Taiwan and South Korea panel industries can complement each other and may also benefit Taiwan.

They also believe that although there are external competitive advantages from being located in the US, the US as opposed to Taiwan entails high salaries, stricter rules and regulations, lack of high-level engineering and technical personnel, and various other challenges.