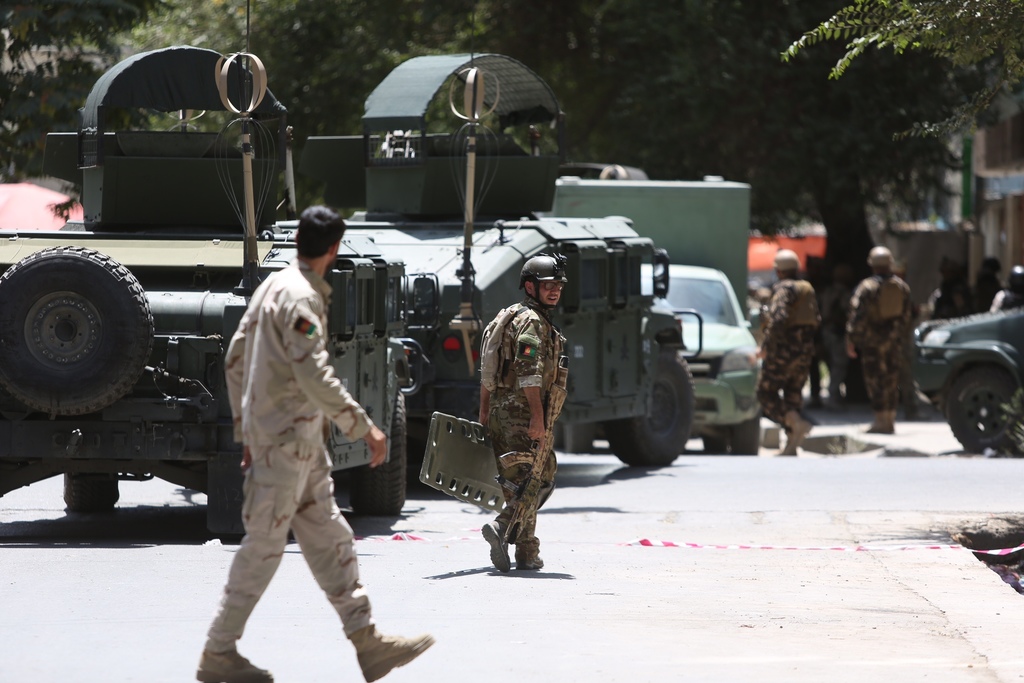 KABUL, Afghanistan (AP) — The Latest developments surrounding an attack on the Iraqi Embassy in Kabul, the Afghan capital (all times local):

A media outlet linked to the Islamic State group says two IS militants were behind the attack on the Iraqi Embassy in the Afghan capital.

Aamaq gave no further details about Monday's attack. IS and other militant groups often exaggerate their claims of casualties inflicted in attacks. Afghan officials have reported no casualty numbers as yet.

The attack on the Iraqi embassy came weeks after Iraqi forces captured the northern city of Mosul, the largest city to be ever controlled by IS extremists. The group has also been suffering major losses in Syria and Iraq as their self-declared caliphate has been shrinking.

IS has claimed responsibility for deadly attacks around the world, including some in Afghanistan that claimed the lives of scores of people.

Afghan police say a car bombing has targeted the Iraqi Embassy in central Kabul, followed by gunfire, and that the attack is still underway. There were no immediate reports of casualties.

Two police officials say the car bomb exploded outside the embassy, followed by an attempt by gunmen to enter the building, which is located in the center of the Afghan capital.

The firefight is continuing as witnesses in the area reported hearing gunshots.

The two Interior Ministry officials spoke on condition of anonymity because they are not authorized to speak to the media.

No one has taken responsibility for the attack, though both the Taliban and an Islamic State affiliate have previously carried out such attacks in Kabul.