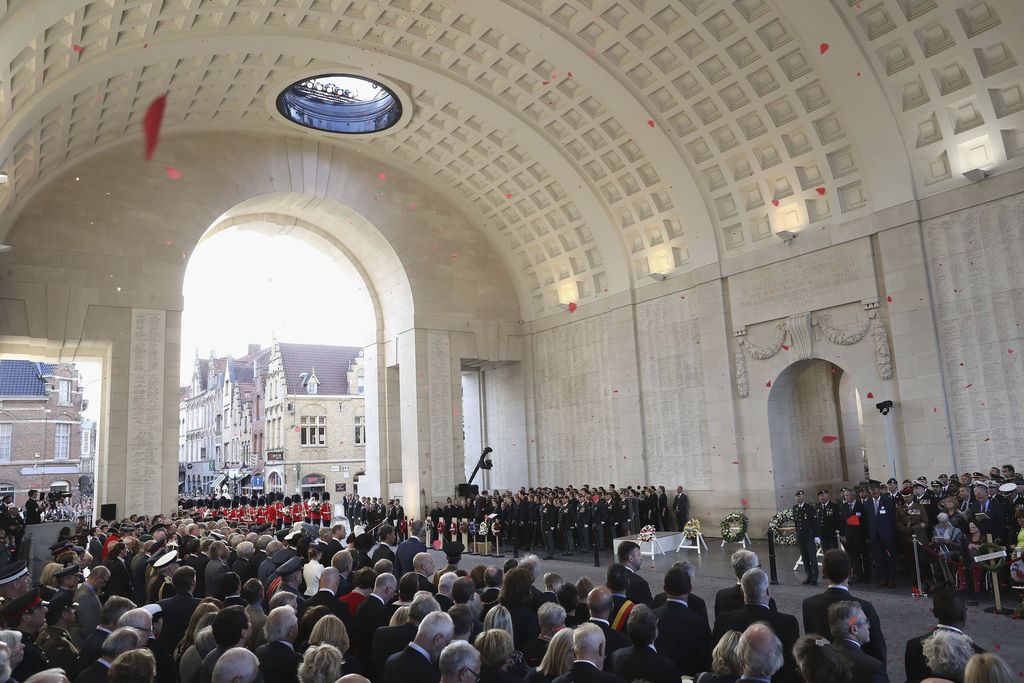 YPRES, Belgium (AP) — A dawn cannon salute in western Belgium has marked the start of one of World War I's bloodiest battles 100 years ago.

Around 100 people gathered Monday at the Welsh memorial in Langemark, near where the Third Battle of Ypres, known as Passchendaele, began.

More than half a million Allied and German troops were killed or wounded. The Allied campaign, fought by British and Commonwealth forces from July to November 1917 in mud-caked battlefields, barely moved the front line against the Germans.

Welshman Peter Carter-Jones says the ceremony, and other commemorations held over the weekend, were "very moving."

He says "all this has been done for those thousands of young men who died here so we can live in freedom. That is what it is about."