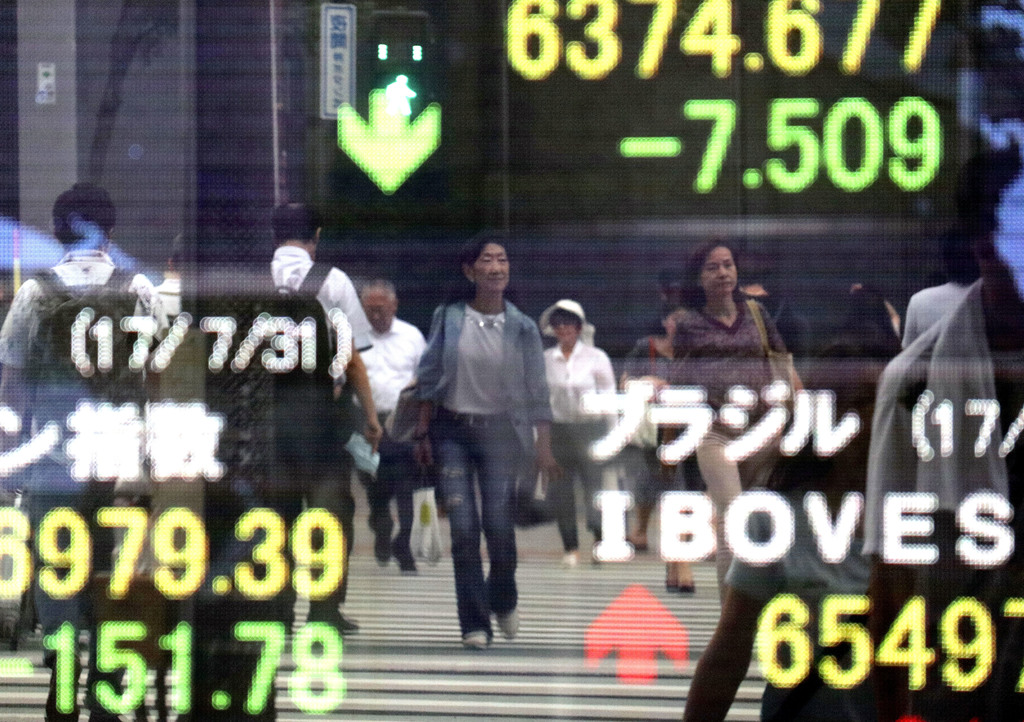 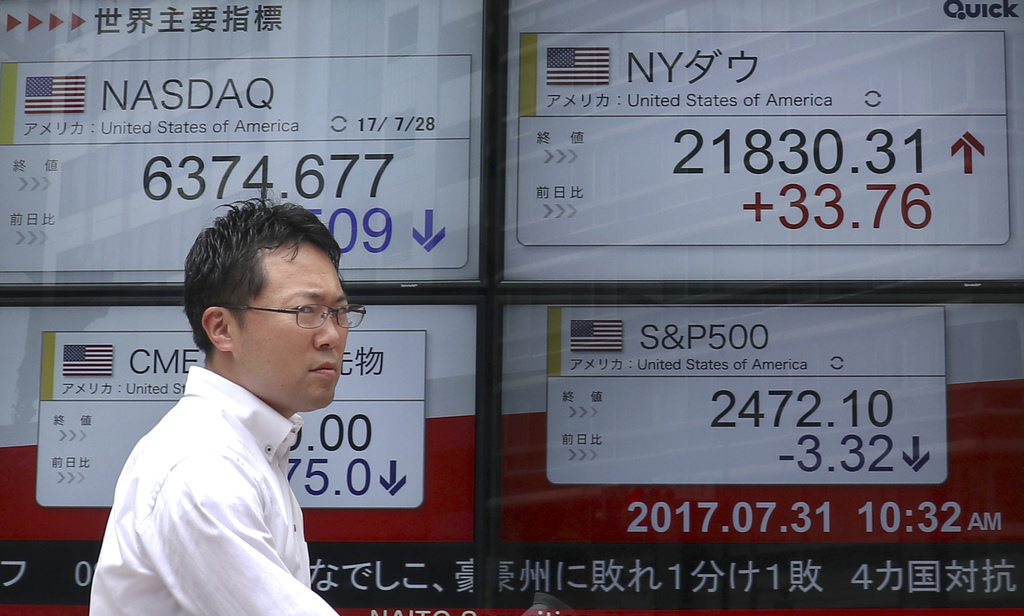 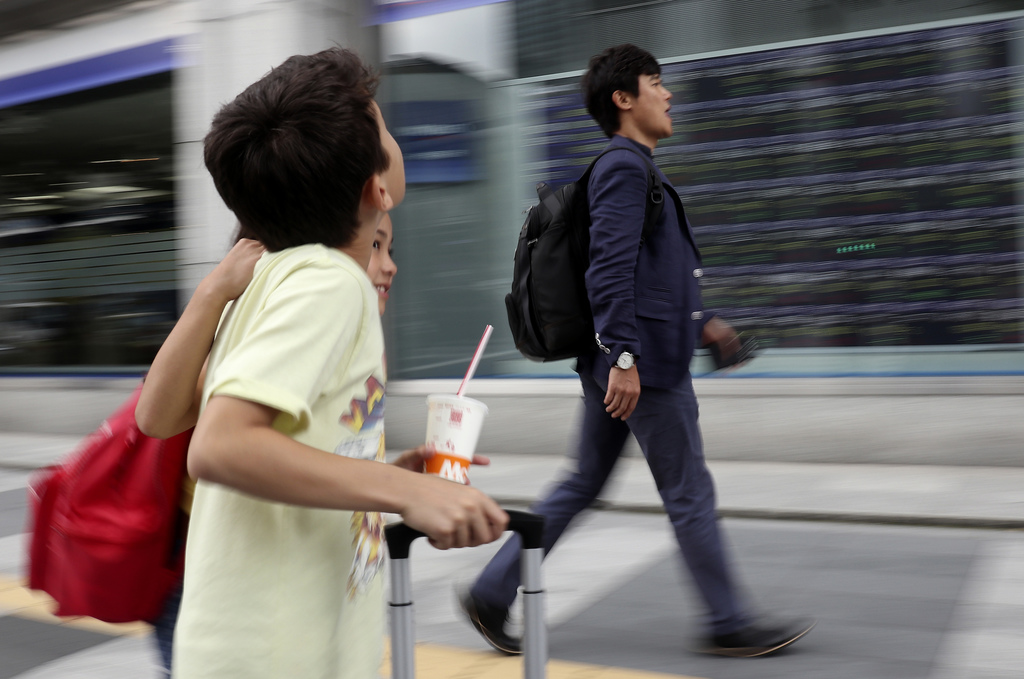 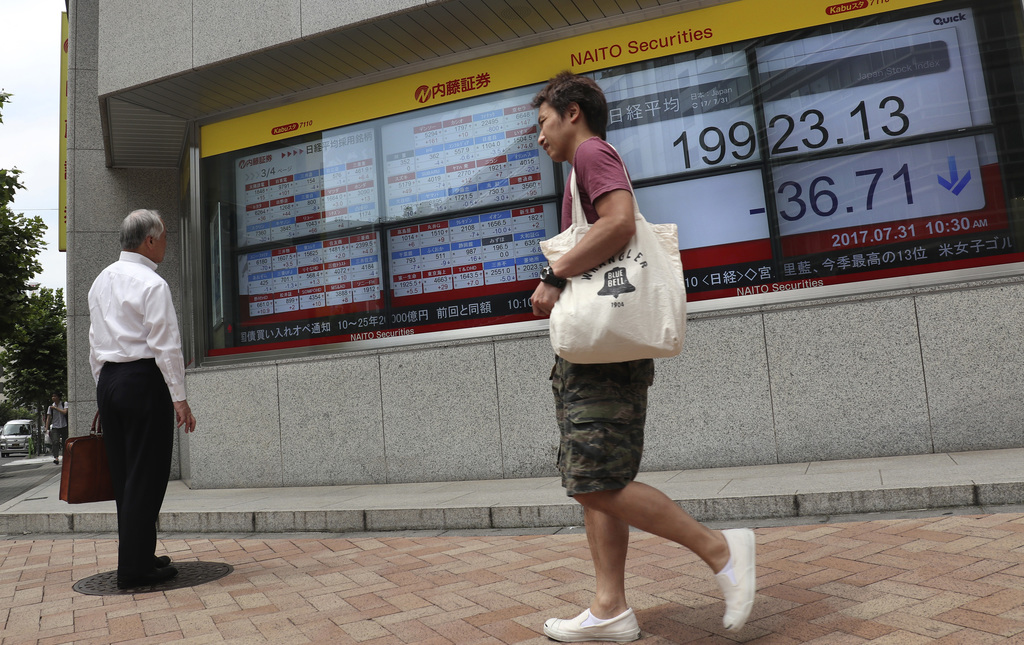 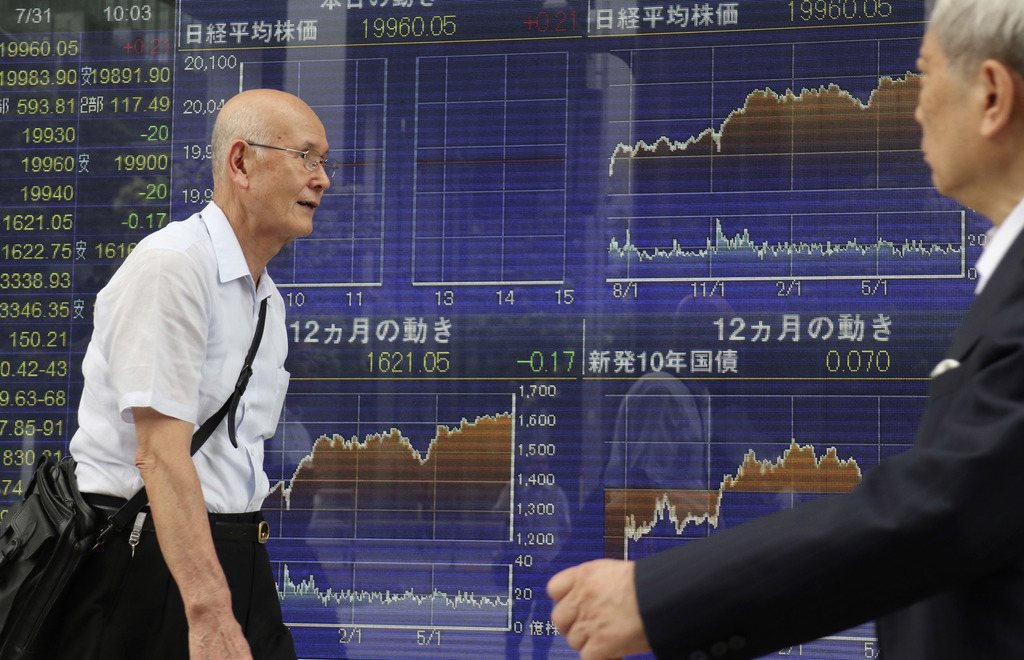 TOKYO (AP) — Shares were mixed Monday in Asia, with Chinese markets shrugging off weaker manufacturing indicators while Japan's Nikkei index sagged as the yen surged against the dollar. A raft of corporate earnings is due out Monday.

EARNINGS WATCH: Some 350 companies are due to release second quarter earnings on Monday just in Japan, and investors are watching for more upbeat reports following earlier strong results in the region, as well as in the U.S. Results from a little more than half of the companies in the S&P 500 have been mostly encouraging.

ANALYST COMMENT: "With 57 percent of the companies on the comprehensive S&P 500 index reported so far, it is unavoidable for us to discuss earnings performances. On a broad level we have seen both sales and earnings surprise largely match up to the strong Q1 performance, keeping the markets going," Jingyi Pan of IG said in a commentary. "The new week brings another one-fourth of the companies on the S&P 500 index which could see the focus slightly moderate and shift toward earnings here in Asia instead."

NORTH KOREA: The United States flew two supersonic bombers over the Korean Peninsula on Sunday in a show of force against North Korea following an intercontinental ballistic missile test late Friday. The U.S. also said it conducted a successful test of a missile defense system located in Alaska. Japan's Prime Minister Shinzo Abe said spoke with President Donald Trump and agreed to take further action against North Korea. Abe said Japan would join with the U.S. in pursuing concrete steps to fortify its defense system and capabilities and do its utmost to safeguard national security. Tensions over North Korea helped push the Japanese yen, viewed as a "safe haven" currency, sharply higher against the U.S. dollar, hurting exporters' shares.

CHINA FACTORY DATA: A manufacturing survey showed Chinese factory activity eased in July as demand for exports weakened. The monthly purchasing managers' index released Monday slipped to 51.4 last month from 51.7 in the previous month. The reading is based on a 100-point scale on which numbers above 50 indicate expansion. It was still the 12th straight month that factories reported expansion, according to the data compiled by the Federation of Logistics & Purchasing posted on China's official statistics website.

WALL STREET: Global markets sagged Friday after Amazon and other big companies reported quarterly results that underwhelmed investors. The Standard & Poor's 500 index lost 0.1 percent to 2,472.10, ending the week near where it started after setting a record high during the middle of it. The Dow Jones industrial average gained 0.2 percent to 21,830.31, setting another all-time high. The Nasdaq composite edged 0.1 percent lower to 6,374.68.

ENERGY: The price of oil capped off its best week since early December last week, gaining 9 percent, and Monday extended those gains. Benchmark U.S. crude rose 19 cents to $49.90 in electronic trading on the New York Mercantile Exchange. It climbed 67 cents Friday to settle at $49.71 per barrel and touched its highest level since May. Brent crude, the international standard, added 23 cents to $52.45 per barrel.