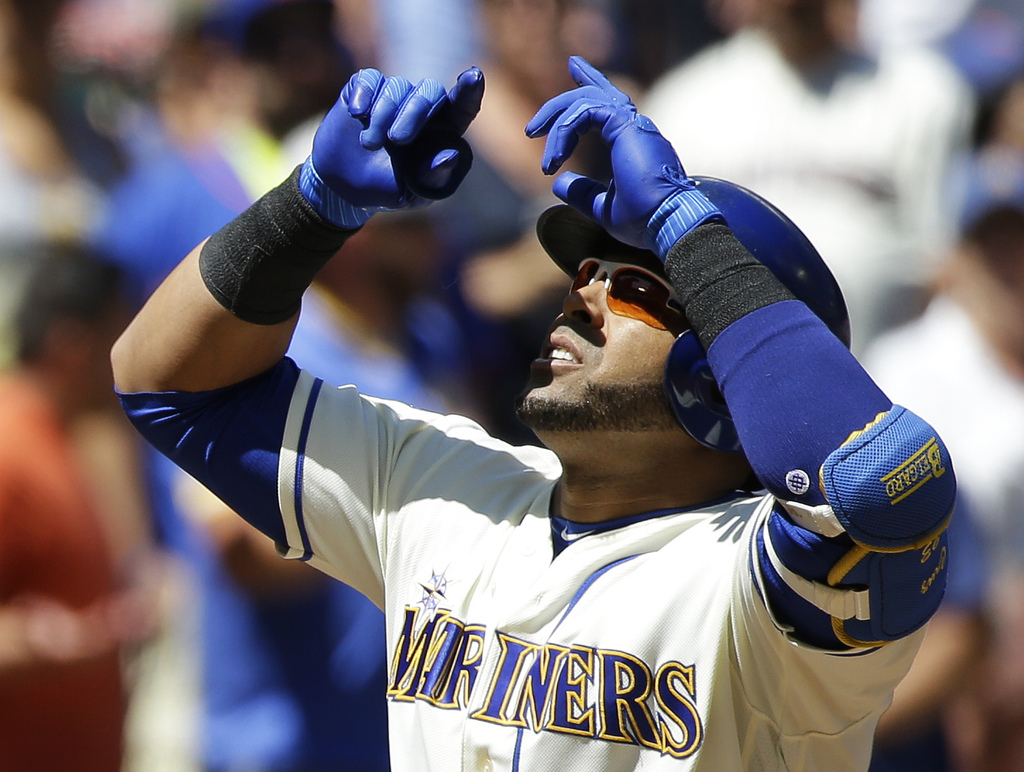 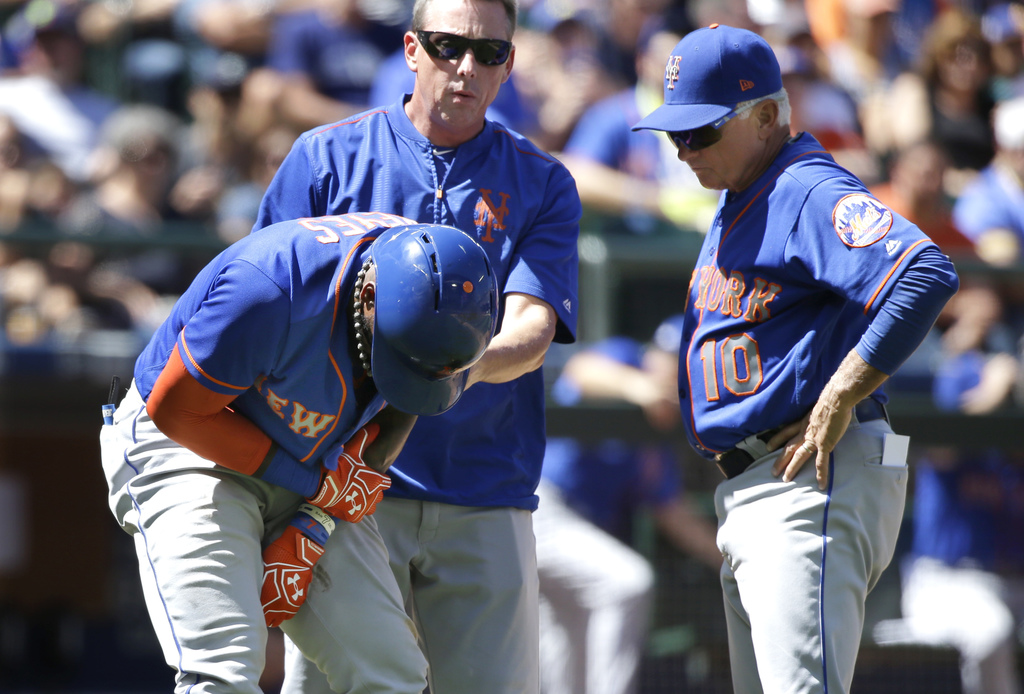 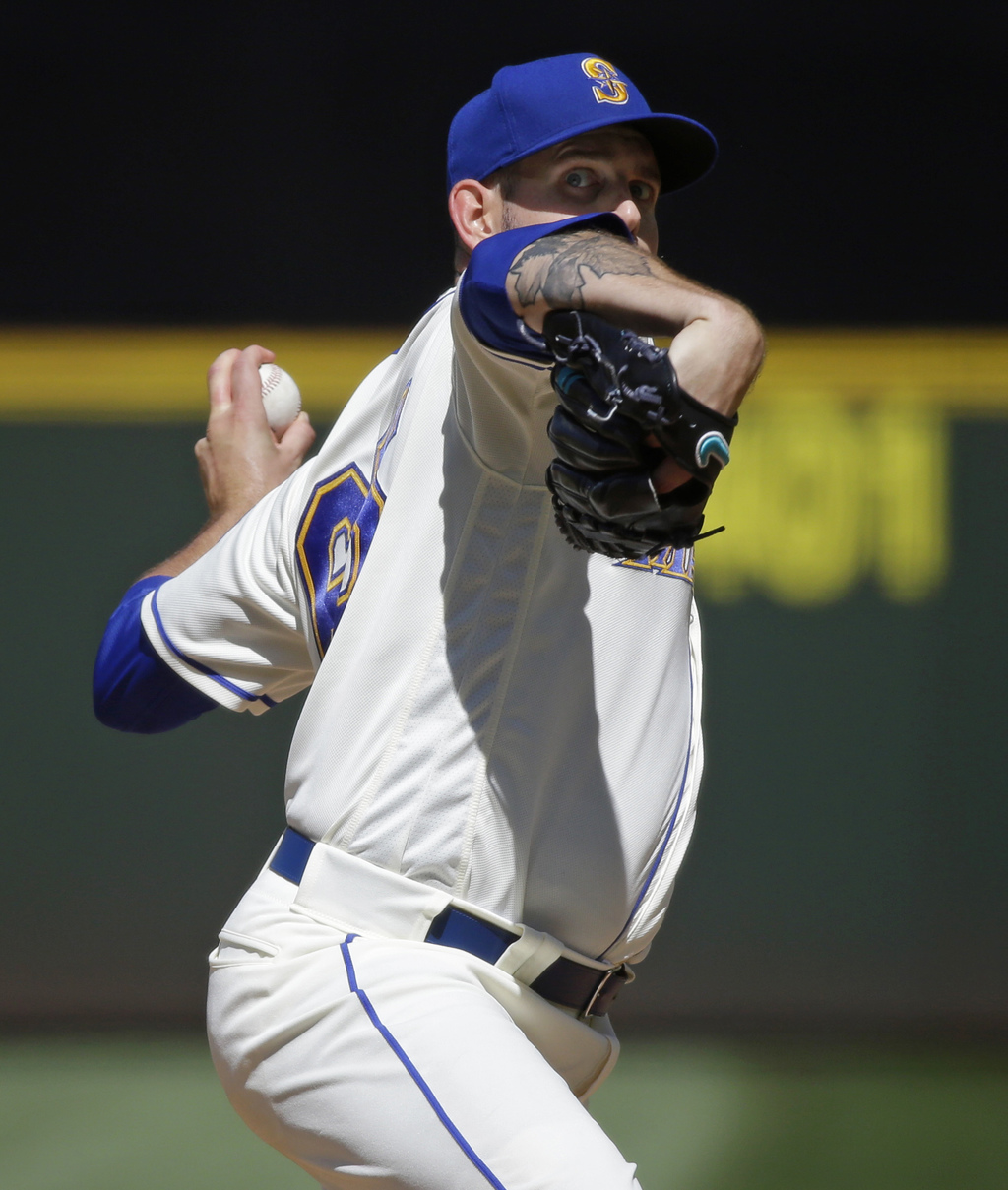 Paxton tossed six scoreless innings, becoming the first Mariners pitcher to win six games in a single month, and Nelson Cruz had a three-run homer to pace Seattle to a 9-1 victory over the New York Mets on Sunday.

"I didn't even think he was his best stuff-wise today," said Mariners manager Scott Servais. "I thought he was just a tick off with his breaking pitches. But, the fastball was really good, got ahead in the count. He pounded the zone and got us where we needed to go."

Cruz provided Paxton with an early cushion with his first-inning homer and Leonys Martin, recalled earlier in the day from Triple-A, homered in his first at-bat and saved a possible run with a diving catch in right field.

Paxton (11-3) scattered six hits, striking out eight and walking none, with two hit batters in a 108-pitch outing. The left-hander, sidelined most of May with a left forearm strain, was 6-0 in six July starts, allowing six earned runs in 39 1/3 innings for a 1.37 ERA with no home runs.

"That's what it's all about, being able to pitch when you don't have your best stuff," Paxton said. "I've gotten better at that over this year. Not having my best stuff sometimes and just finding a way to get it done. And, you also get it done with defensive plays, guys making great plays behind you, and that helps out big time."

Emilio Pagan retired all six batters he faced before James Pazos allowed a run in the ninth on three consecutive two-out singles.

"He yanked a couple fastballs foul, he was early out front," Lugo said. "I threw the changeup in the same spot, five or six miles per hour slower, figured I'd catch him out front. But he's a good hitter and stayed back on it."

The Mariners added two runs in the second. Martin, sent down after hitting .111 in 15 games to start the season, hit his first homer to right with one out.

Seattle scored a run in the sixth on Ben Gamel's RBI single, and made it 7-0 in the seventh on Danny Valencia's sacrifice fly.

The Mariners added two more in the eighth on a run-scoring throwing error by second baseman Neil Walker, and a pinch-hit RBI single by Danny Espinosa.

"When you look up and you're down, you've got to battle back and get into the game," Mets manager Terry Collins said. "Seth gave us that opportunity. He shut them down for three innings and gave us the opportunity to come back."

The Mets threatened in the second when Wilmer Flores singled with one out and Walker was hit by a pitch. Martin, the Mariners regular centerfielder in 2016, prevented a run with a diving grab of Curtis Granderson's sinking liner to right.

"That's going to be a run scored right there if he doesn't make that play," Paxton said. "Him making that catch was huge for this team."

Martin replaced OF Mitch Haniger, who was placed on the 10-day DL after being hit in the face with a pitch on Saturday. Martin, who hit .247 last season, was sent down in late April after hitting .111 in 15 games. "It only took a little bit of time to get my confidence back, to get my feel back at home plate. So, I'm good to go," Martin said.

RHP AJ Ramos, acquired by the Mets on Friday in a trade with Miami, pitched the eighth inning , allowing two runs on two hits, with a walk and two wild pitches.

Mariners: RHP Felix Hernandez (5-4, 4.08) opens a three-game series at Texas, kicking off a nine-game road trip. Seattle has a seven-game homestand in mid-August, then back on the road for the final 12 games in August. Hernandez is 3-2 with a 3.67 ERA in seven starts since coming off the DL. Cole Hamels (5-1, 3.97 starts for the Rangers.

Mets: SS Jose Reyes left the game after getting hit in the left arm with a 98 mph fastball from Paxton with two outs in the fifth inning. "It's better. When it happened, I felt a little ripple, I couldn't even move my arm," Reyes said. "It was very painful. It's a little sore now, but it's better." X-rays were negative, Collins said. At first, Reyes was afraid he might have broken his arm. "That was the main concern. I couldn't even move my fingers."

Mariners: OF Mitch Haniger, placed on the 10-day DL, is expected to miss at least a couple weeks after suffering a mouth laceration when he was hit by a 95 mph fastball from the Mets Jacob deGrom on Saturday. "He looks like pretty rough, like he went about 10 rounds with Mike Tyson," manager Scott Servais said. "He's doing OK. His spirits are good. He knows he's lucky. It could have been a lot worse."