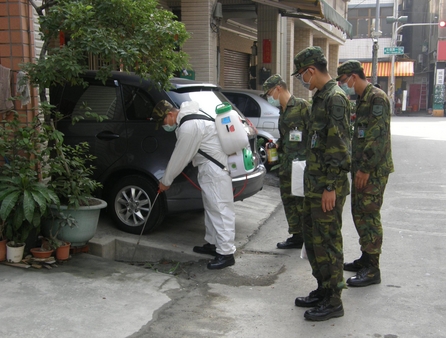 TAIPEI (Taiwan News) — Typhoon Nesat left many puddles on the streets and objects filled with rain water in Taiwan, which could increase the possibility of dengue fever outbreaks, said Chuang Jen-hsiang (莊人祥), deputy director general at the Centers for Disease Control (CDC, 疾病管制署) Sunday. He advised the public to clean up containers or objects where mosquitoes are likely to breed.

Typhoon Nesat brought pouring rain to the island, particularly in southern Taiwan, which led to many streets and areas brimming with rainwater. As people are bracing for the incoming tropical storm Haitang, they should also pay attention to potential dengue fever outbreaks, said the CDC.

"Rainwater is likely to accumulate in outdoor containers, where mosquitoes can breed in mass numbers between one to two weeks," said Chuang, adding that "people should clean up containers and objects such as tires, cans, bottles, and potted plants around their neighborhood if they are filled with rainwater."

There had been only one homegrown dengue fever case in Taiwan by July 27, and other 148 cases were acquired overseas, particularly from South East Asian countries, according to CDC statistics.

The dengue fever cases are rising in Southeast Asia recently, which increases the risk of the disease to spread on the island, said the CDC.

People having such symptoms as fever, headache, muscle sores, stomachache, diarrhea, and exhaustion should go to the doctor immediately.

Dengue fever is caused by bites of mosquitoes containing the dengue virus.

Each year up to 580 million people are infected with dengue fever around the world, with most cases taking place in tropical areas where mosquitoes are prevalent during summer.