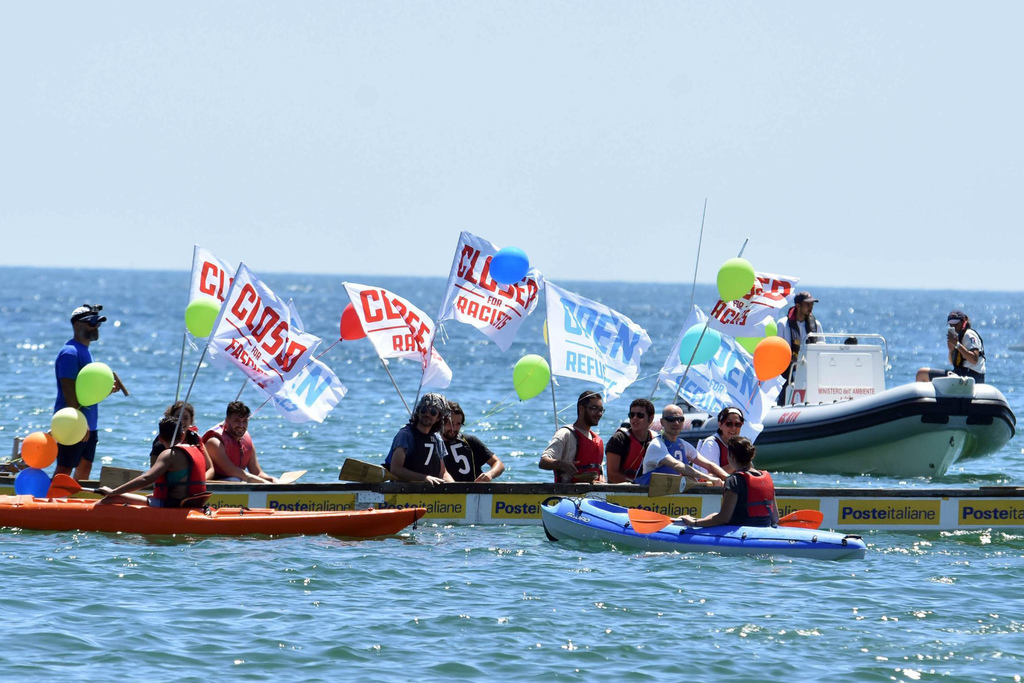 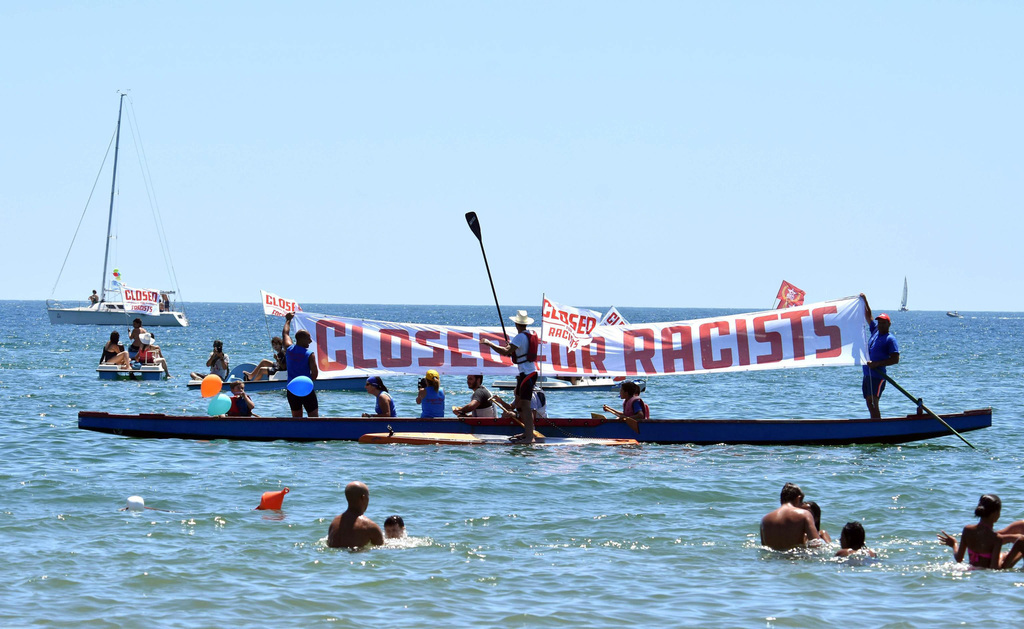 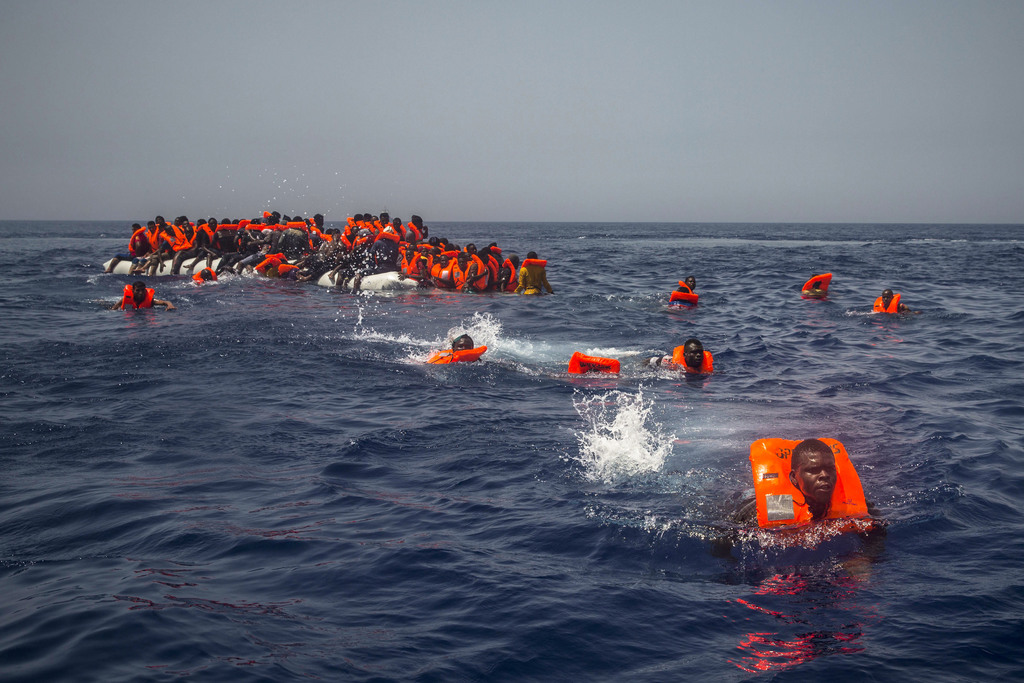 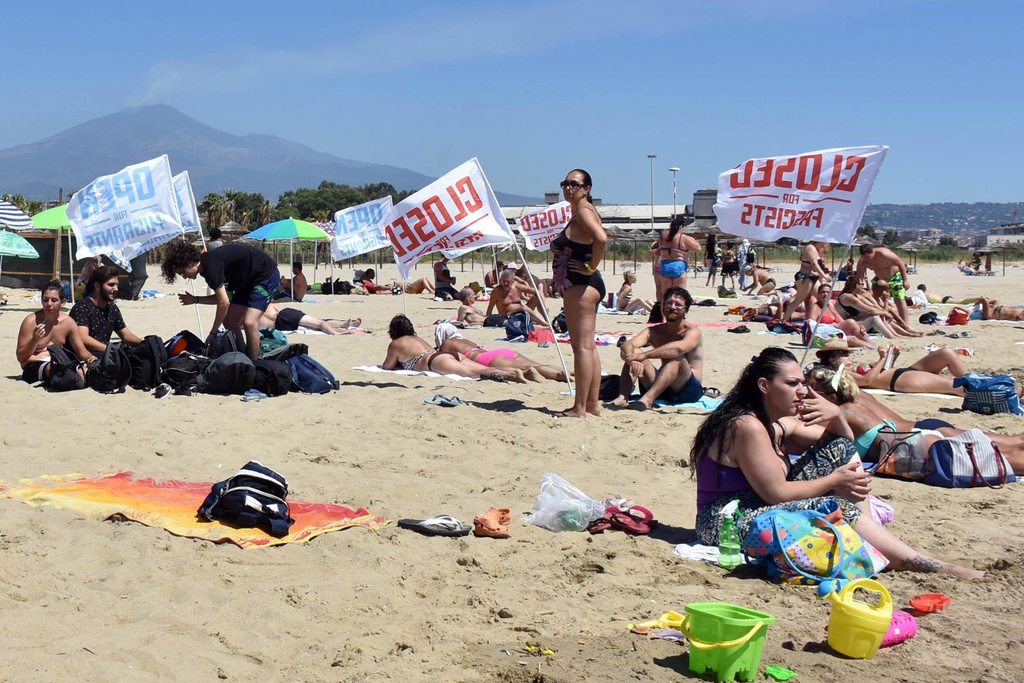 MADRID (AP) — The Latest on Europe's response to the large number of migrants and refugees trying to reach the continent: (all times local):

Activists are organizing a flotilla to counter an anti-immigrant group's plans to bring a ship to Sicily with the intention of blocking patrols rescuing migrants at sea.

Dozens of activists in canoes, paddle boats and dinghies took to the sea from Catania on Sicily's east coast Saturday with banners reading "Closed to Racists."

Defend Europe's ship was expected to arrive in Sicily days ago, but has been delayed.

It was detained in northern Cyprus this week over allegations it had harbored Sri Lankans trying to enter Europe illegally. The group denied the allegations, saying they were trumped up by refugee aid groups to smear Defend Europe.

A spokesman told The Associated Press that its boat, the C-Star, is making frequent course changes after being informed that its security is at risk.

Spain's maritime rescue service says it has removed 60 migrants from three boats trying to cross the Strait of Gibraltar from Morocco.

The maritime service said Saturday that its rescue ship Arcturus made two separate rescues, first pulling 13 migrants from a boat and then taking on another 10 from a second craft before it returned to shore.

The service's rescue ship Salvamar then set out to intercept a third boat carrying 37 migrants.

Many migrants from Africa die during the perilous sea voyage to Europe made in small boats unfit for the open sea. The boats often belong to human traffickers.