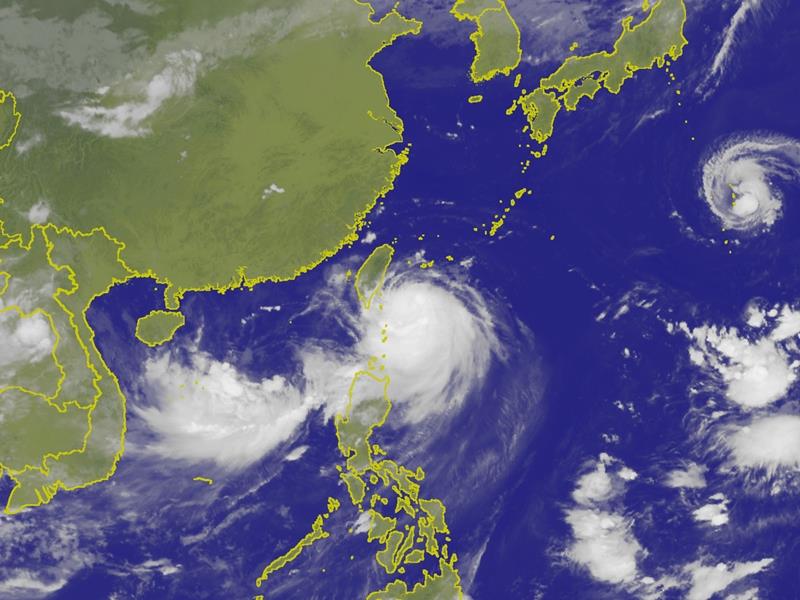 TAIPEI (Taiwan News) - The Central Weather Bureau (CWB) announced today that this year's no.9 typhoon Nesat is expected to make landfall in eastern Taiwan by late Saturday, which would bring torrential rain to the region as well as many parts of central and southern Taiwan.

According to CWB’s latest report, the eye of the storm is currently located at 250 kilometers southeast of Taiwan’s Hualien and is moving northwest at a speed of 18 km/h.

The storm is strengthening and its radius has grown to 180 kilometers with a gale force seven winds as of this morning, said the bureau. The maximum wind speed near its center reached 38 meters per second, the data showed.

Nesat is expected to make landfall after 5 p.m. Saturday on Taiwan’s east coast and then cross the island’s central mountain range to reach the Taiwan Straits on Sunday, forecasters said.

The passage of the typhoon would result in southwesterly winds which would bring torrential rain to parts of central and southern Taiwan even after the storm veered into China’s Fujian Province on Monday, according to weather reports.