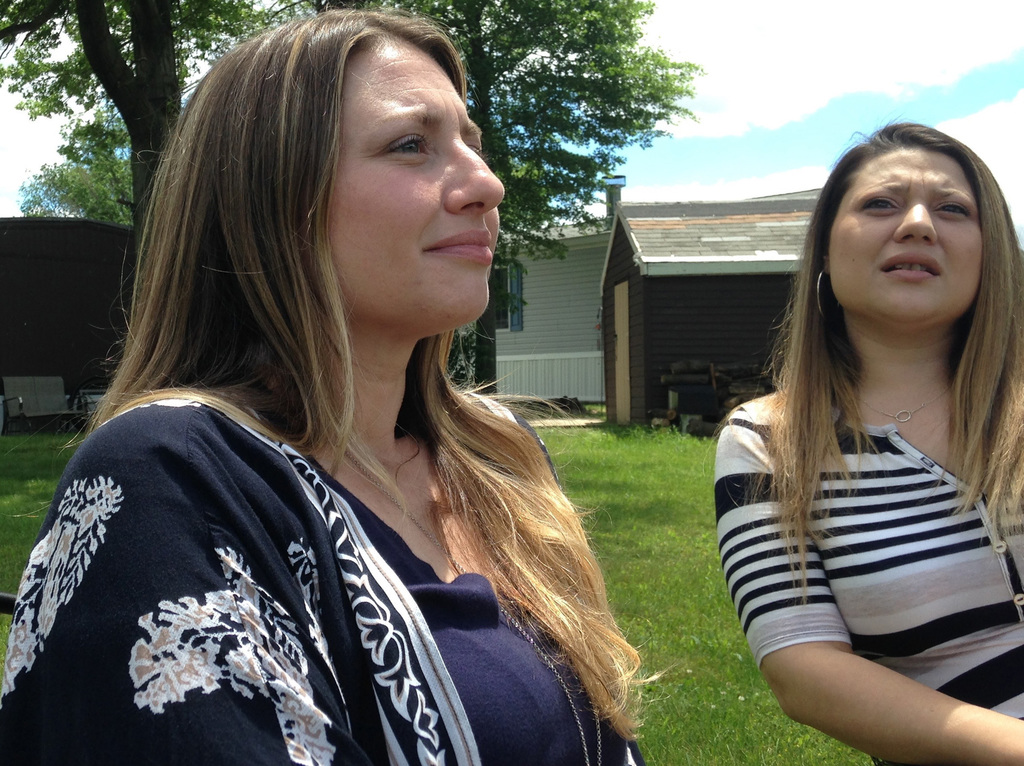 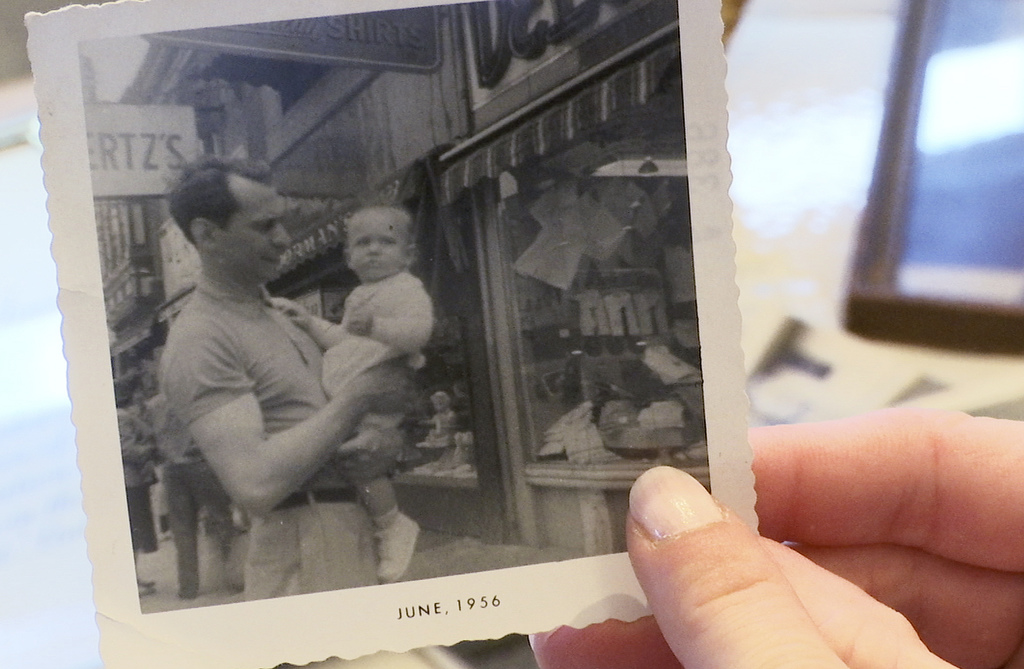 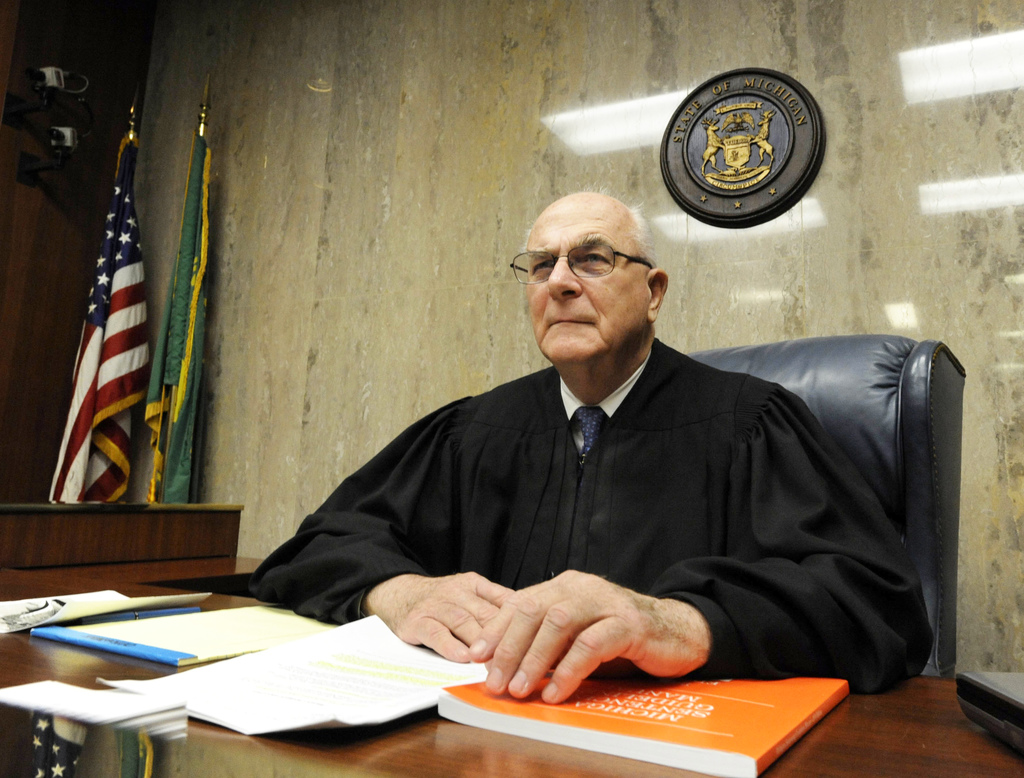 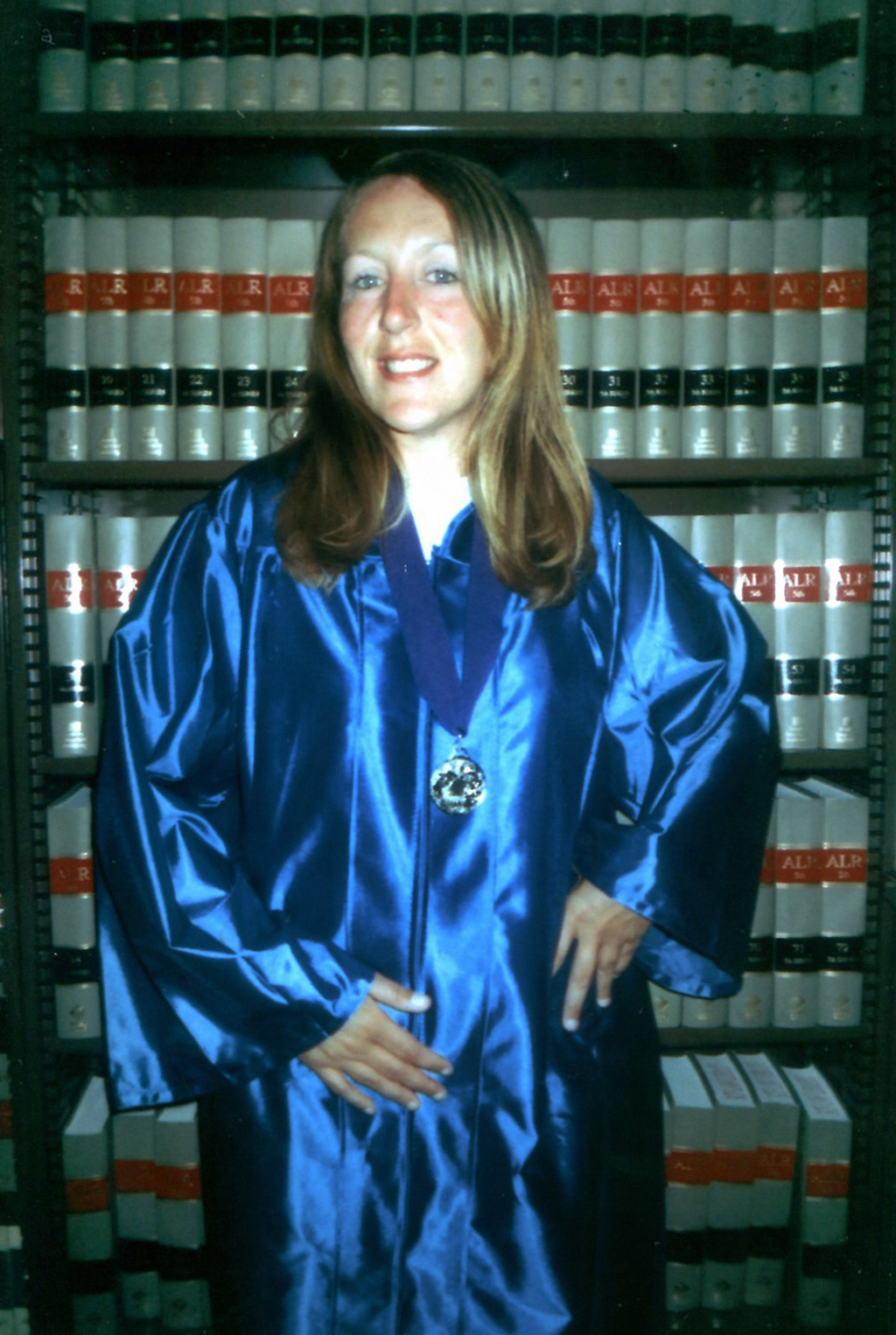 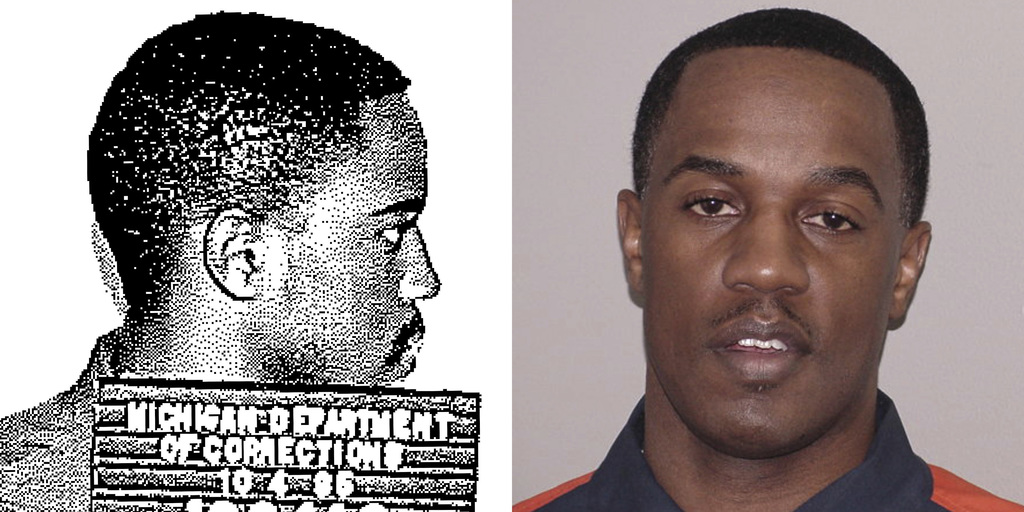 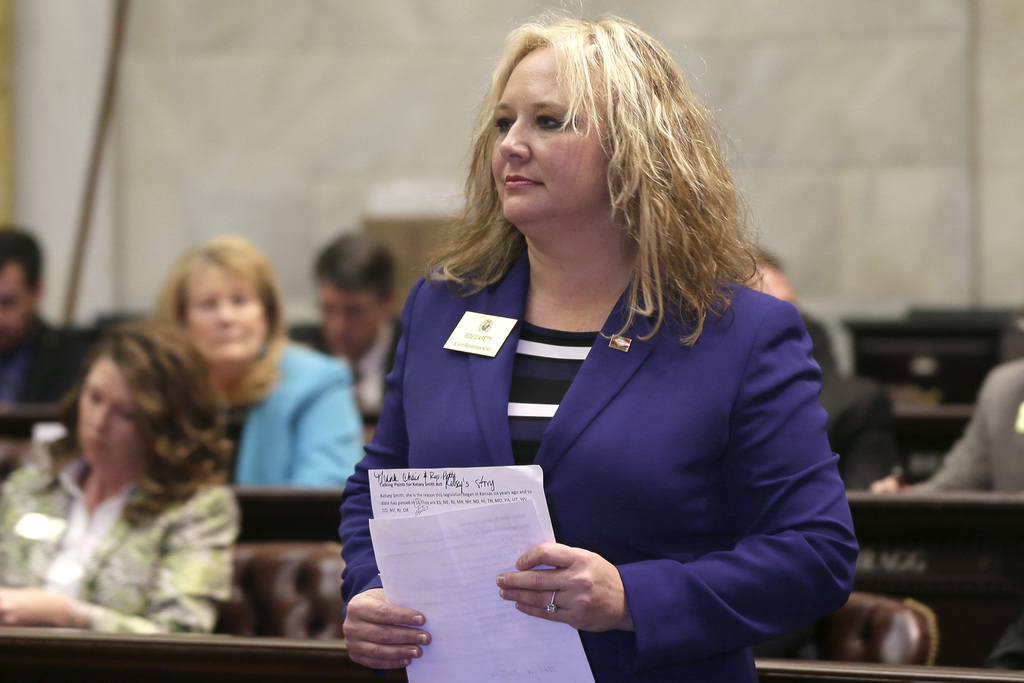 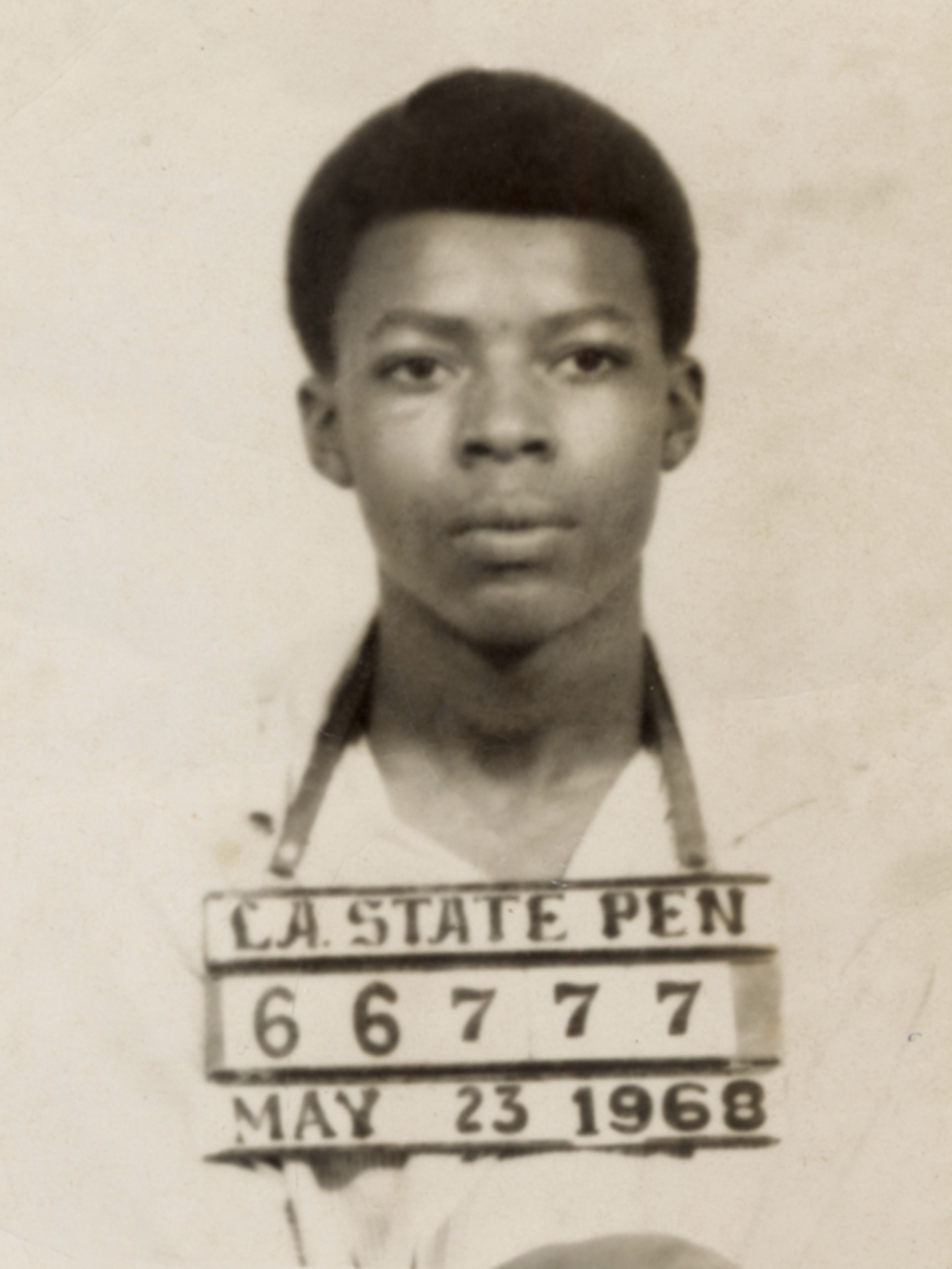 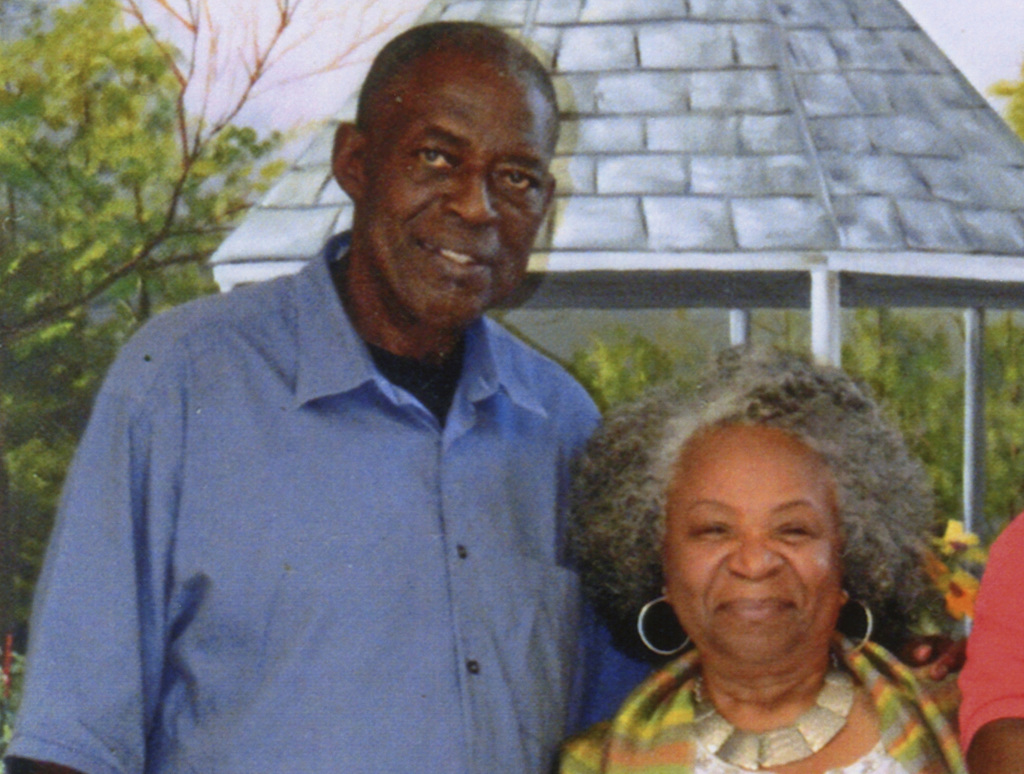 Former teen offenders around the U.S. are seeking new sentences after their life-without-parole terms were ruled unconstitutional. Each case involves many others, from victims and their relatives to legislators, judges and more. Here are some of their stories.

Nearly 40 years after Eugene DeLuca was shot to death during a robbery, his granddaughters stood in a hushed Philadelphia courtroom.

"We never got the chance to call him Grandpop, feel his hugs, see his smile ... hear his laugh or hear him tell us he loves us," Stephanie DeLuca said, her voice breaking. "The defendant murdered our grandfather and stole all those opportunities from us all."

The women spoke in March to oppose the release of Joseph Evans, who was 17 when he walked into DeLuca's men's shop and drew a .38-caliber revolver.

DeLuca died at 54. A year earlier, his son, Joe, had dropped out of college to help open a second clothing store. After the shooting, the family closed both, in part over fears of another robbery; Joe began carrying a gun. DeLuca's widow started drinking and spent the rest of her life as an alcoholic.

"My father lost his dad and then he basically lost his mother," Denyse DeLuca, born the year after her grandfather's death, said in an interview.

The sisters might have been open to Evans' release if convinced of his remorse, they said. In court, he spoke little, explaining there was nothing he could say to undo DeLuca's death.

A judge approved the terms of negotiations between prosecutors and defense lawyers, resentencing Evans to 30 years to life and making him immediately eligible for parole. But the Pennsylvania parole board subsequently denied Evans' release.

THE JUDGE AND THE INMATE

More than 20 years after Jennifer Pruitt was ordered to spend the rest of her life behind bars, she sat down in a Michigan prison with the judge who sent her there.

Pruitt was 17 when Fred Mester sentenced her in 1993 for her role in a plot to rob her neighbor, 75-year-old Elmer Heichel, whom Pruitt's accomplice fatally stabbed.

Now retired, Mester visited Pruitt last year as she awaited a new sentencing hearing and says he found "a new person." Believing she deserved freedom, he wrote letters to a prosecutor and Pruitt's new sentencing judge, saying her "willingness to take responsibility for her actions should certainly warrant a re-examination of her sentence."

During their meeting, Pruitt told Mester how she had changed in prison, serving as a mediator and a mentor for inmates. "It was an opportunity to be able to finally tell him that I was sorry, to be able to demonstrate what I couldn't twentysomething years earlier," Pruitt, now 41, said in an interview.

Her progress followed a tumultuous decade behind bars. Pruitt was a plaintiff in a class-action lawsuit over allegations that more than 100 women were raped and sexually abused by prison guards and staff. The case resulted in a $100 million settlement with the Michigan Department of Corrections.

At her February resentencing hearing, Pruitt apologized to her victim's family, wanting to assure them she "understood the pain that they had suffered — even today." One of Heichel's granddaughters urged the judge to impose the maximum punishment; two other grandchildren and one of their sons wrote letters supporting Pruitt's release.

A month later, Pruitt was resentenced to 30 to 60 years, making her eligible for parole in 2022. She says the guilt she feels never goes away, but she wishes those who believe she should never go free could judge her not just by her crime but "for where I'm at today."

Legislator Rebecca Petty considers herself tough on crime, but she also was a key mover in pushing to end juvenile life without parole in Arkansas.

Petty was the House sponsor of a ban signed into law in March. It was a dramatic reversal for the second-term Republican who only a few years earlier opposed a similar measure.

Petty comes to criminal justice reform from a painful perspective. Her 12-year-old daughter, Andi, was raped and murdered in 1999. The killer, who was not a juvenile, is on death row now, and Petty remains a staunch supporter of the death penalty.

But she changed her mind about tough sentencing for juveniles after reviewing scientific studies that show teens' brains are not yet fully developed. She also came to know a former gang member who was convicted of murder at 15, spent about 13 years in prison and turned his life around. He now works as a youth advocate.

"It's very difficult for me to think about leaving a kid in prison their whole life," she says. "It's just like you take all hope away from them."

In Arkansas, the new law allows juvenile homicide offenders to seek parole after 25 to 30 years, depending on the crime. Victims' families would get notification, and the state parole board would weigh release. Petty says it is not a "get-out-of-jail-free card" but that it is about second chances.

"I'm a child advocate. How could I not fight for a kid, even if they had done the most heinous thing ever?"

At 48, Damion Todd knows family and friends his age who are already looking ahead toward retirement. He's dreaming of his freedom. A judge recently resentenced Todd, making him eligible for parole next year after more than 30 years behind bars.

Todd was 17 when he was sentenced to life with no parole for fatally shooting a girl while spraying a crowd with gunfire. He and his friends were trying to scare some guys who'd shot at them after a party, he says. Instead, he killed Melody Rucker, 16, and injured her friend.

At the time, Todd was heading into his senior year of high school in Detroit. He was co-captain of his football team, hoping for a college scholarship.

In prison, he's taken college courses and mentored younger inmates. But rather than seeing "a silver lining," he says, "I would much prefer to be like a lot of men my age that have lived honest, law-abiding lives."

Expressing shame and regret, he says, "It doesn't excuse what I did, but I'm not that kind of person anymore."

Nearly a decade ago, with help from a friend, Todd contacted Melody's mother, Vera Rucker. "She asked me to promise her that when I was finally released that I wouldn't let her and my family down," he says. "It was a turning point in my life."

After Vera Rucker died, Todd composed a letter to Melody's father. He never sent it, but did read parts of it during his resentencing: "I would never want you to think that I even slightly minimize your pain in her loss, or that I've minimized my role in this tragic incident."

Todd's supporters and friends have offered him jobs and a place to live after he's out. "I'm not naive to how challenging things are going to be, but I have no fears," he says. "I have too many people I owe. I have to go out and be the best person I can be."

IN FOR LIFE, OUT OF TIME

Talking with Robert Howard, the man, made it hard to see him as the 15-year-old who landed in prison for life.

"Robert asked me every penetrating, serious question that I had ever been asked — about the origins of evil and the evidence of God," says Brookes Baker, who met Howard in the early 1990s during a Christian mission visit to the Louisiana State Penitentiary. Howard was "one of the most intelligent people I've ever talked to."

Howard was working at a New Orleans restaurant in 1967 when he lent money to a cook who he said refused to repay it. The teen got his father's gun. When the man charged at him, Howard's second shot killed him.

Howard pleaded guilty and was sentenced to life without parole. After an escape, he was returned to prison, determined to find a legal way out. He chronicled his life in letters published by family and friends as a book.

"I have always felt that youngsters only get one side of the coin when considering a life of crime," he wrote. "They see the fine cars and money, but they never envision what happens when they are caught."

Howard studied law, pursuing clemency and commutation, and when the Supreme Court ruled in 2012 that mandatory life without parole for juvenile killers was unconstitutional, he gained confidence. In January 2016, the Supreme Court said its earlier ruling was retroactive, forcing Louisiana and other states to begin reviewing the sentences of juvenile lifers.

But not Howard, who died five months earlier. "We thought he was going to get out when the Supreme Court passed that first juvenile law," says his cousin, Maple Gaines. "His one wish was that he didn't want to die in prison."