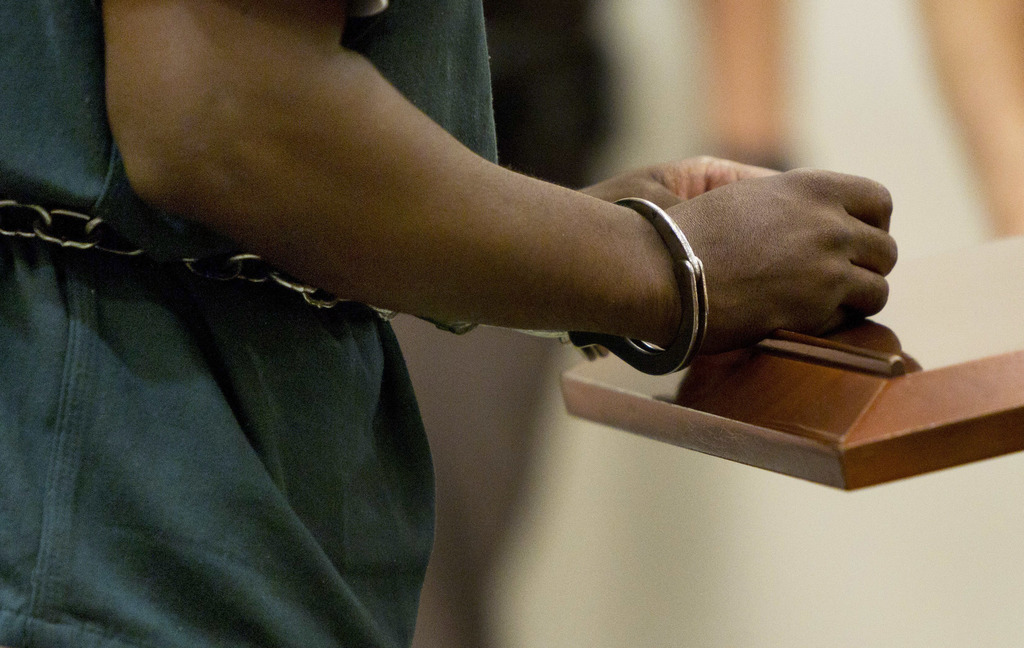 In the past decade or so, the U.S. Supreme Court and state legislatures have taken steps to scale back the most extreme punishments for juvenile criminals. Here's how the laws have changed and some reasons why teens who were sentenced to life without parole are now getting a second chance:

WHY ARE JUVENILE LIFERS BEING RESENTENCED?

Recent U.S. Supreme Court decisions paved the way. In 2012, the court said mandatory life-without-parole sentences are unconstitutionally cruel and unusual for juvenile homicide offenders. Last year, the court weighed in again and said the ban applied to the more than 2,000 inmates already serving such sentences and that all but the rare irredeemable offender should have a chance at parole.

The court didn't eliminate all life-without-parole sentences for juveniles but said they should be rare and imposed only after a judge or jury considers factors including an offender's age and development, potential for rehabilitation and level of involvement in the crime.

Some courts are also applying these rulings to former teen offenders whose sentences weren't mandatory, and those technically eligible for parole but serving lengthy terms.

IS THIS PART OF A LARGER TREND?

Yes. In two other major decisions, the Supreme Court has exempted juveniles from extreme punishment. In 2005, the justices eliminated the death penalty for those under 18. Five years later, the court said juveniles can't be sentenced to life without parole for crimes other than murder.

WHY IS THIS HAPPENING?

A lot of reasons, including research on the adolescent brain that concludes teens are less culpable than adults, lack impulse control and engage in reckless behavior without fully understanding the consequences. Their brains continue developing into their early 20s.

Also, an increased focus on rehabilitation. That's a sharp contrast to harsh laws adopted by many states in the 1990s when some experts warned that "superpredators," a breed of depraved kids who commit brutal crimes, would wreak havoc in the country. That notion, which many said had racist overtones, has long been discredited.

These changes also come amid widespread bipartisan support for juvenile criminal justice reform and recognition that extreme punishment has made the U.S. an exception on the world stage. That was noted by Justice Anthony Kennedy when he wrote in 2010 that life without parole for juveniles in non-homicide cases is the kind of sentencing that "has been rejected the world over."

WHAT'S THE PROCESS FOR GETTING A NEW SENTENCE?

It varies. In states such as Michigan and Pennsylvania, some inmates are appearing before judges who are issuing new, individualized sentences. In other states, new laws have been passed that allow inmates to seek a parole hearing if they've served a specified number of years. Generally, states' parole boards ultimately grant or deny release.

IS A NO-PAROLE SENTENCE STILL POSSIBLE FOR JUVENILES?

Yes, in 30 states. But Maine, New Mexico and Rhode Island have never imposed the sentence. In Louisiana, 18 of 23 juveniles tried for murder since 2012 received life without parole, according to a youth advocacy group.

WHAT ABOUT OTHER STATES?

Thirteen of these states have passed legislation prohibiting the sentence in just the last five years. In Massachusetts and Iowa, the state supreme courts ruled the sentence violates their constitutions.

WILL THINGS CHANGE WITH A NEW SUPREME COURT AND ATTORNEY GENERAL?

The previous Supreme Court rulings will likely stick, says Marsha Levick of the Juvenile Law Center. She notes the court "does not readily overturn prior rulings."

Levick says it's harder to predict what will happen with new cases, such as appeals involving those serving "de facto" terms, sentences so lengthy an inmate could die before coming up for parole. The possibility of new justices, she says, could also change the balance in the court and impact decisions.

Under President Barack Obama, the Justice Department filed a brief in support of allowing juvenile homicide offenders already serving mandatory life without parole to have the opportunity for resentencing and possible release. A small number of juvenile lifers were in federal prisons at the time and many have been resentenced.

Much of the ongoing fight over sentencing guidelines for juvenile offenders will play out in state courts, Levick says. "That's where we as advocates need to be paying attention."