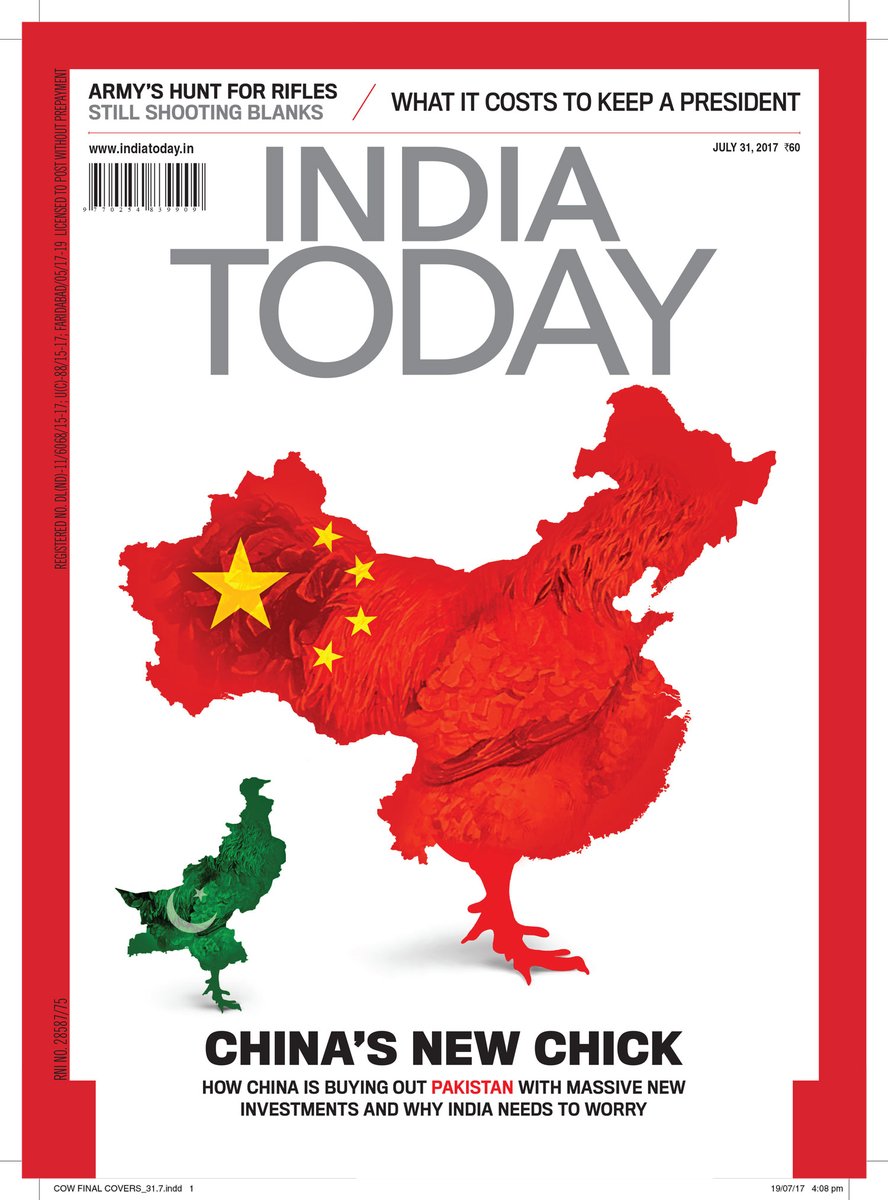 TAIPEI (Taiwan News) -- In a bizarre reversal of fortune, instead of the usual erroneous inclusion of Taiwan in a map of China, the cover of the latest issue of the magazine India Today, not only excludes Taiwan from Chinese territory, but it also carved away Tibet from its posterior, while a tiny green chick in the shape of Pakistan stands behind it.

The creative illustration for its cover story, titled "China's New Chick," which analyzes China and Pakistan's growing economic ties, was selected as the "The Cover of the Day" by the Society of Publication Designers (SPD), New York.

China's Sina News quickly responded by asking "Where's our Tibet and Taiwan?" In the article, India Today claims that the China-Pakistan economic corridor (CPEC) is laying the groundwork for a "takeover of Pakistan by China," for it to eventually become "China's colony."

When China's Foreign Ministry spokesman Lu Kong was questioned by reporters about the magazine cover, he jokingly said "You're really taking that little trick seriously? Next question."

Taiwanese netizens were heartened by the new map:

"This is the correct version of the map."

"India has finally done a positive thing that the world can look up to."

"China really gets worked up if there's no Taiwan."