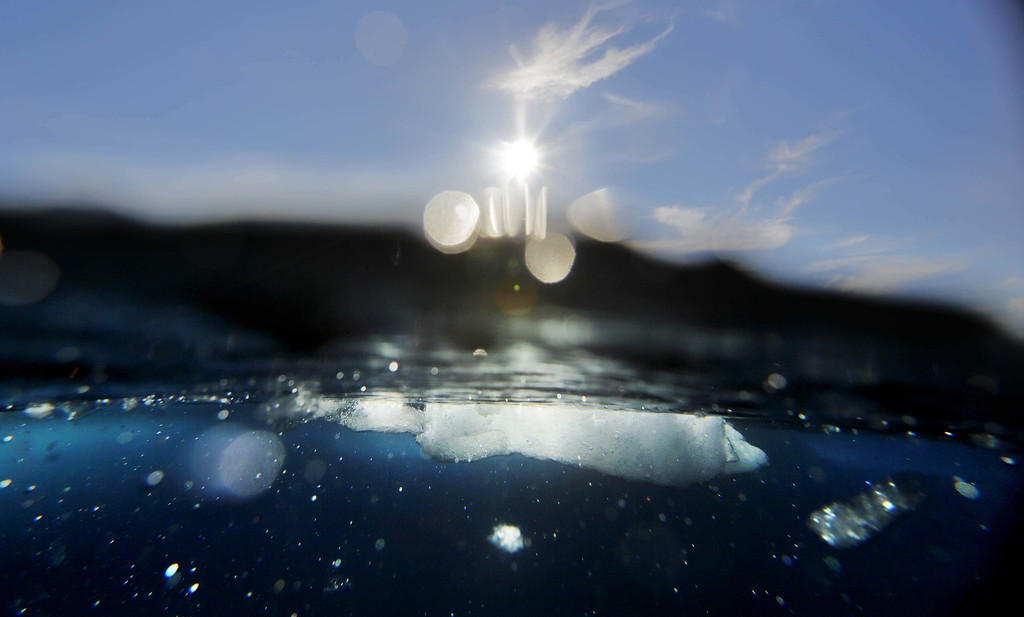 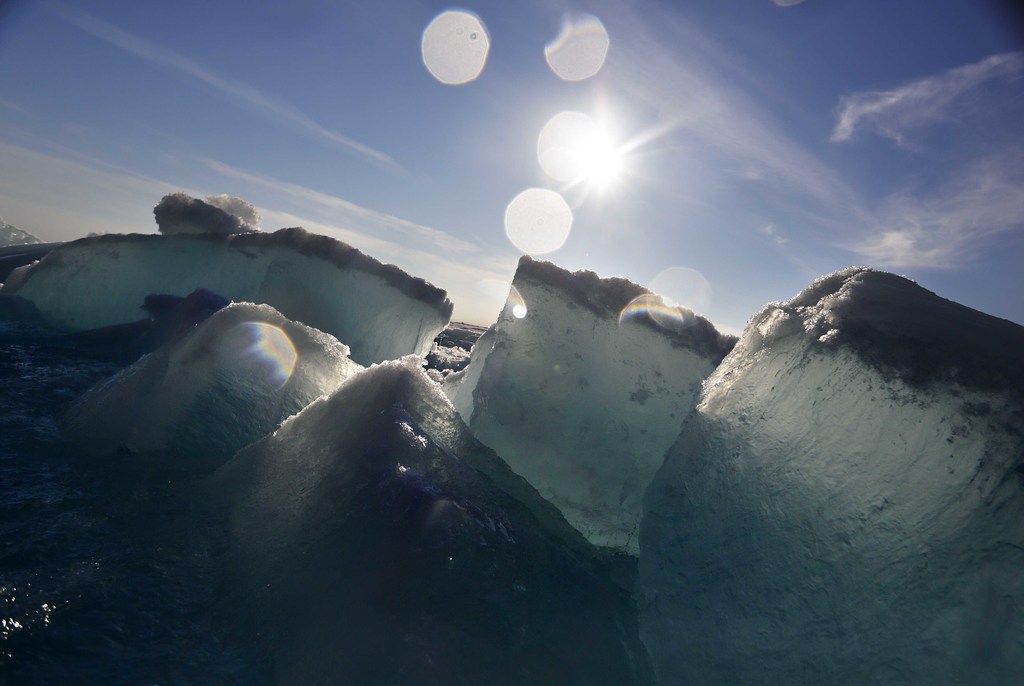 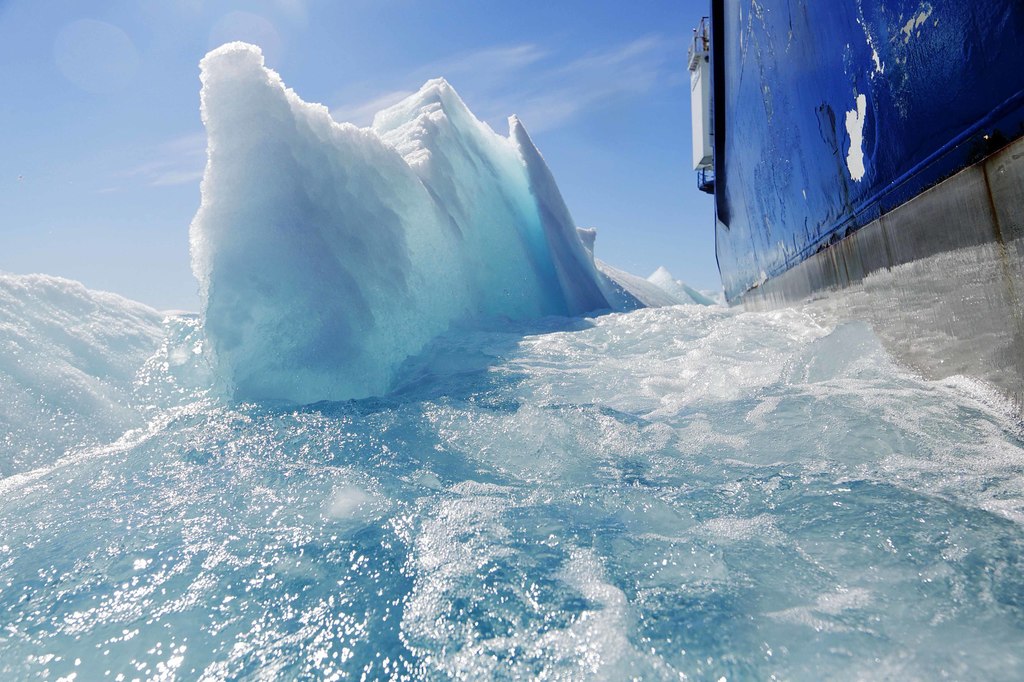 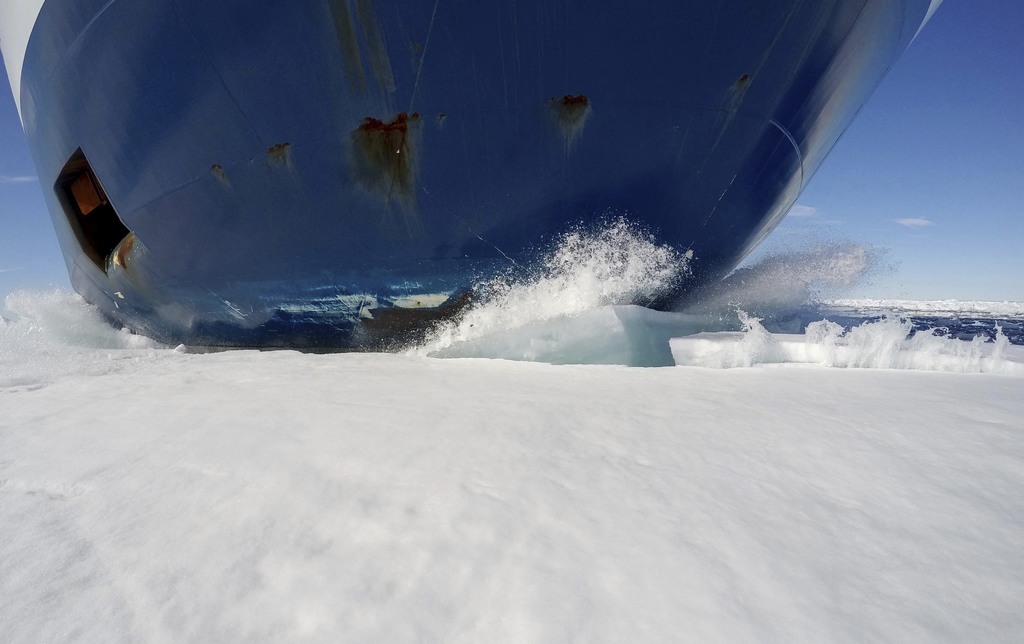 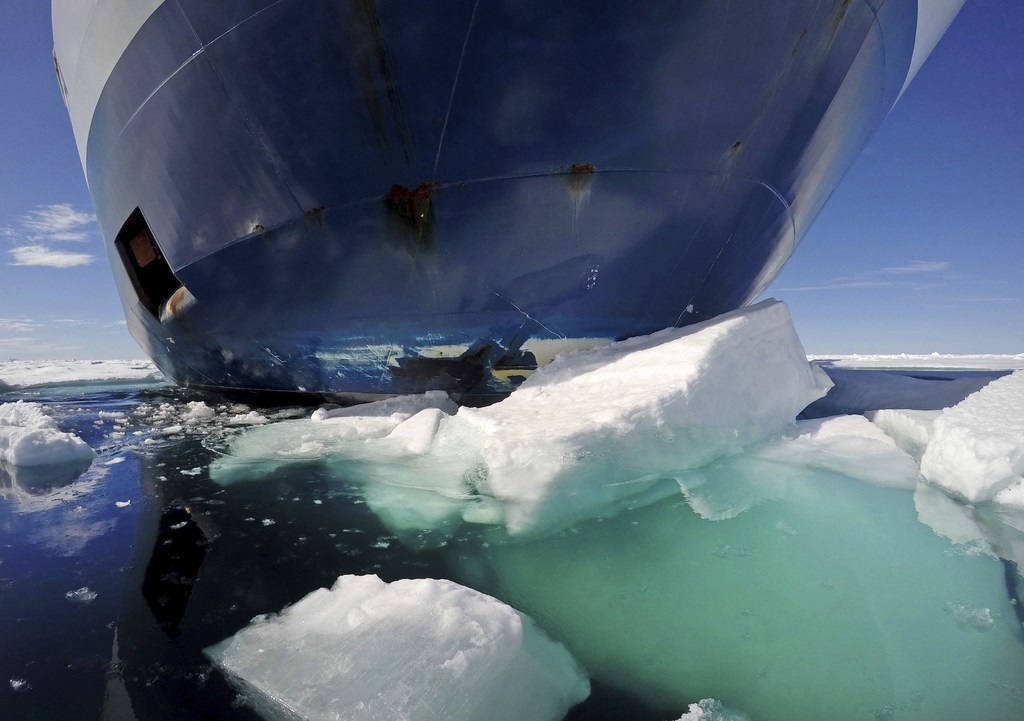 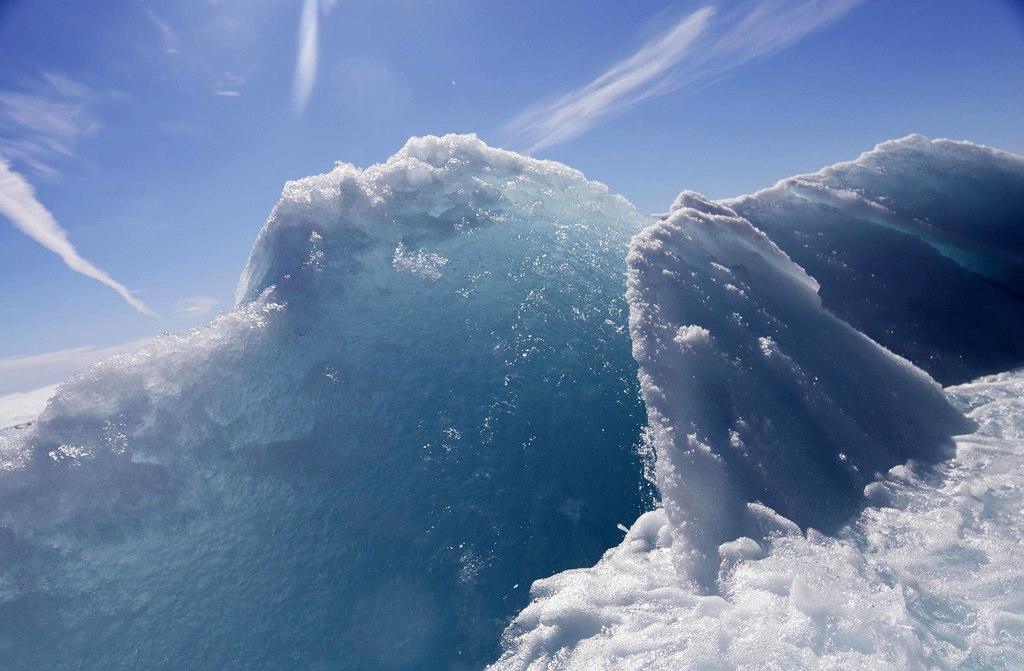 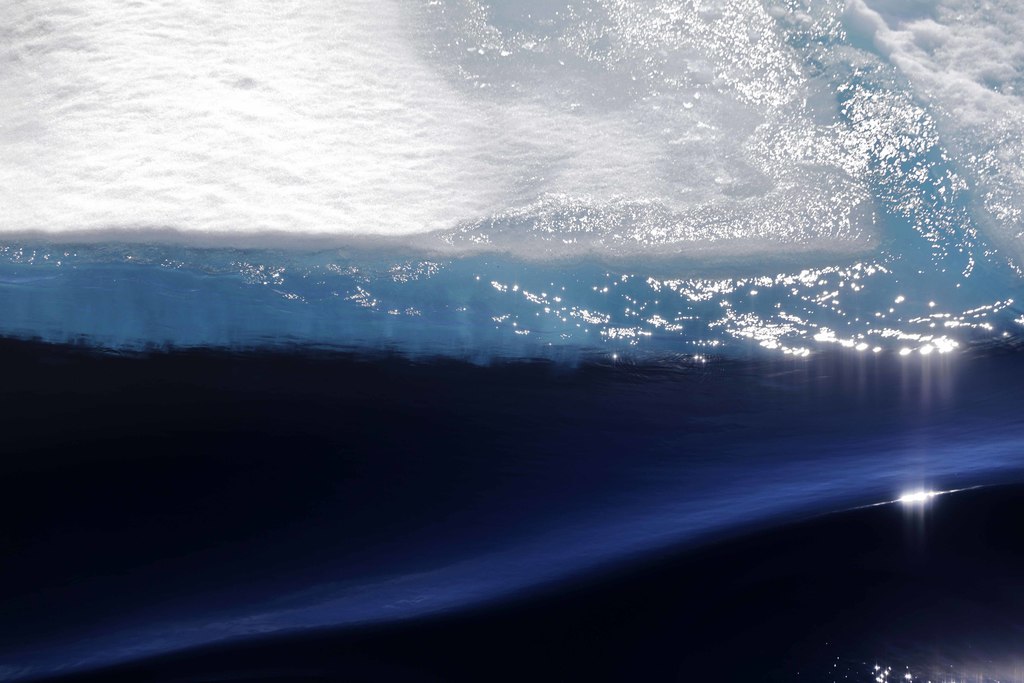 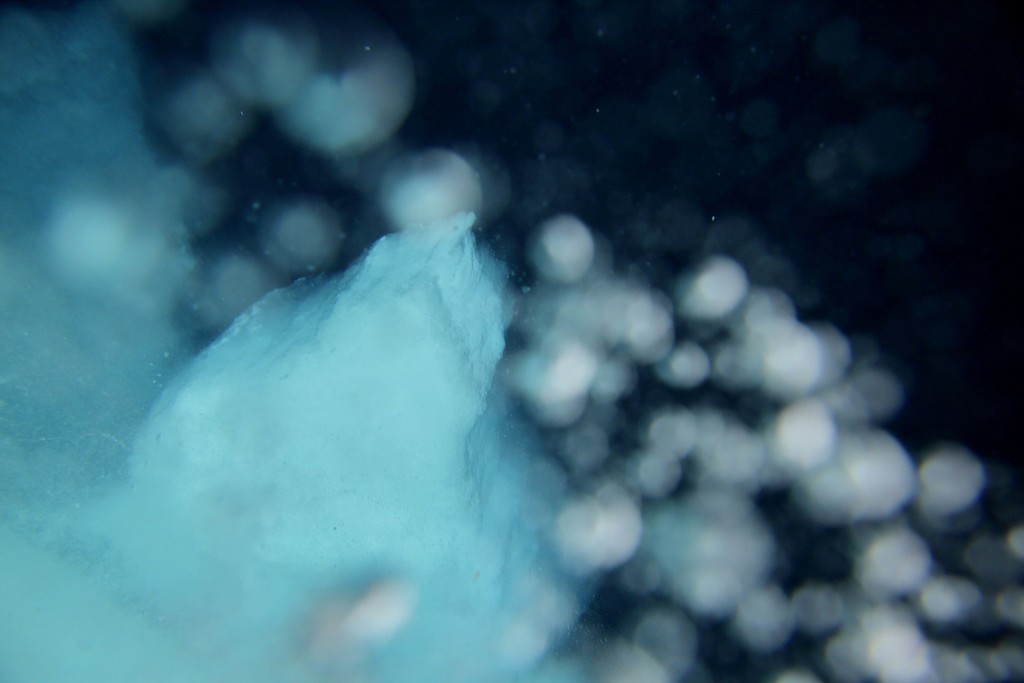 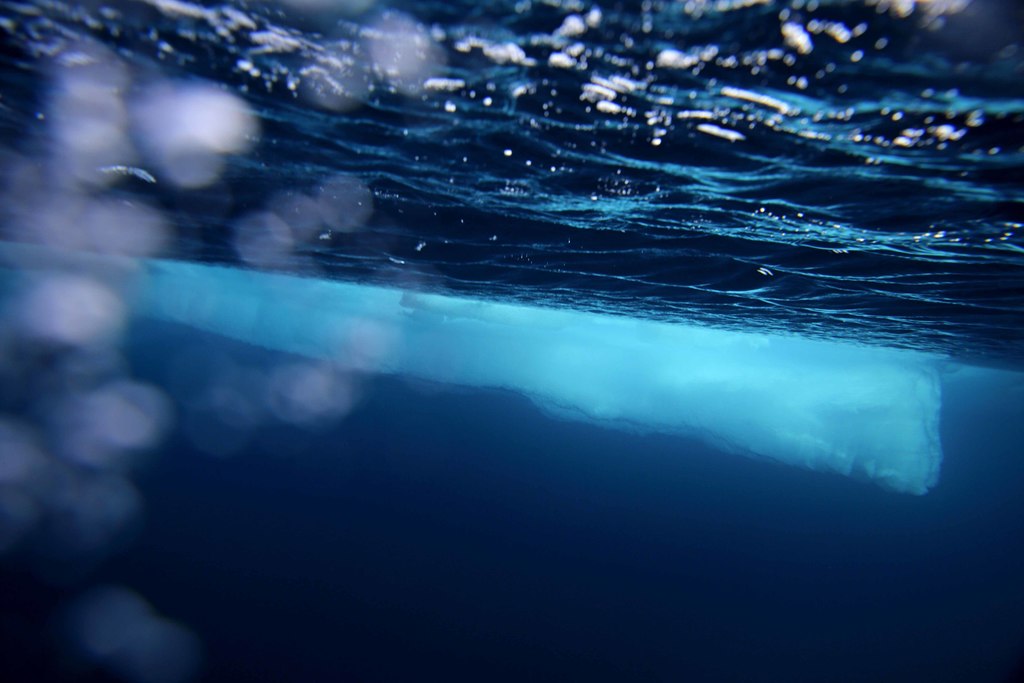 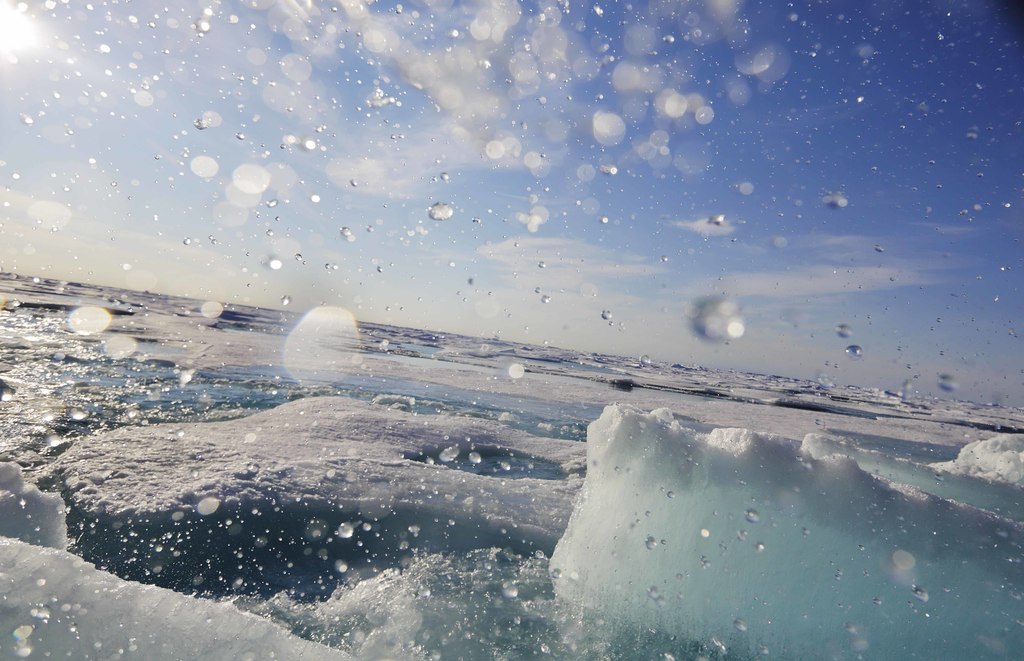 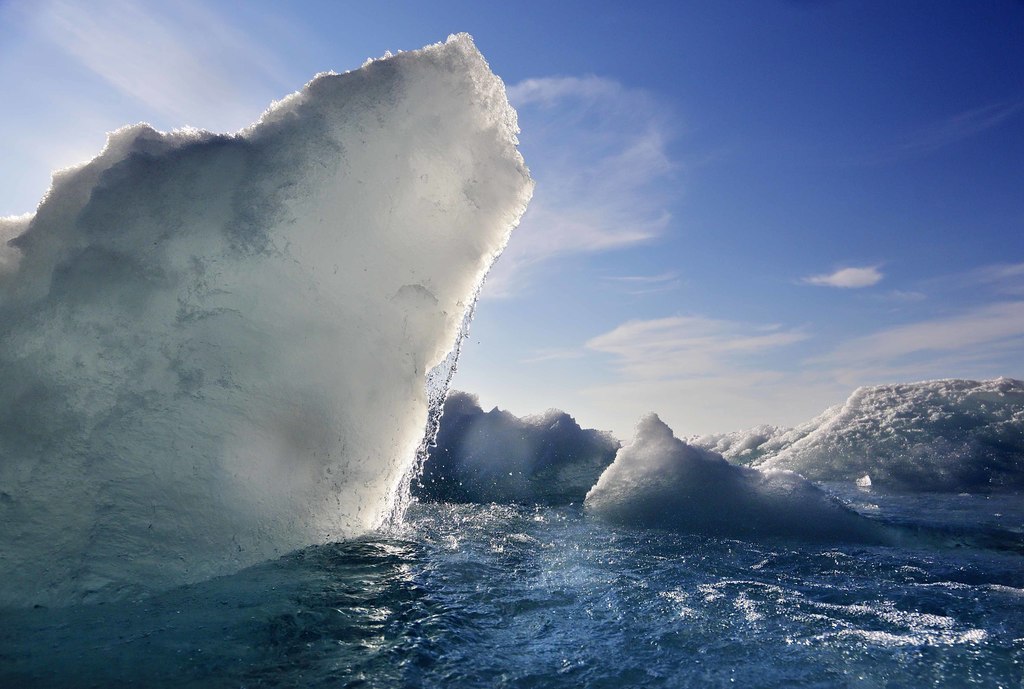 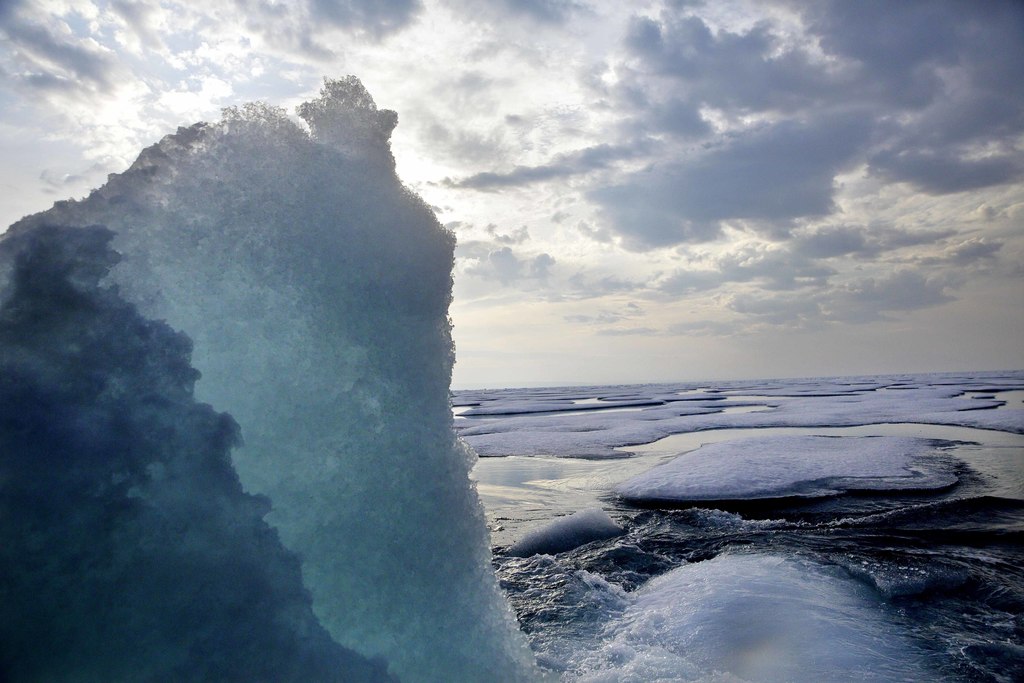 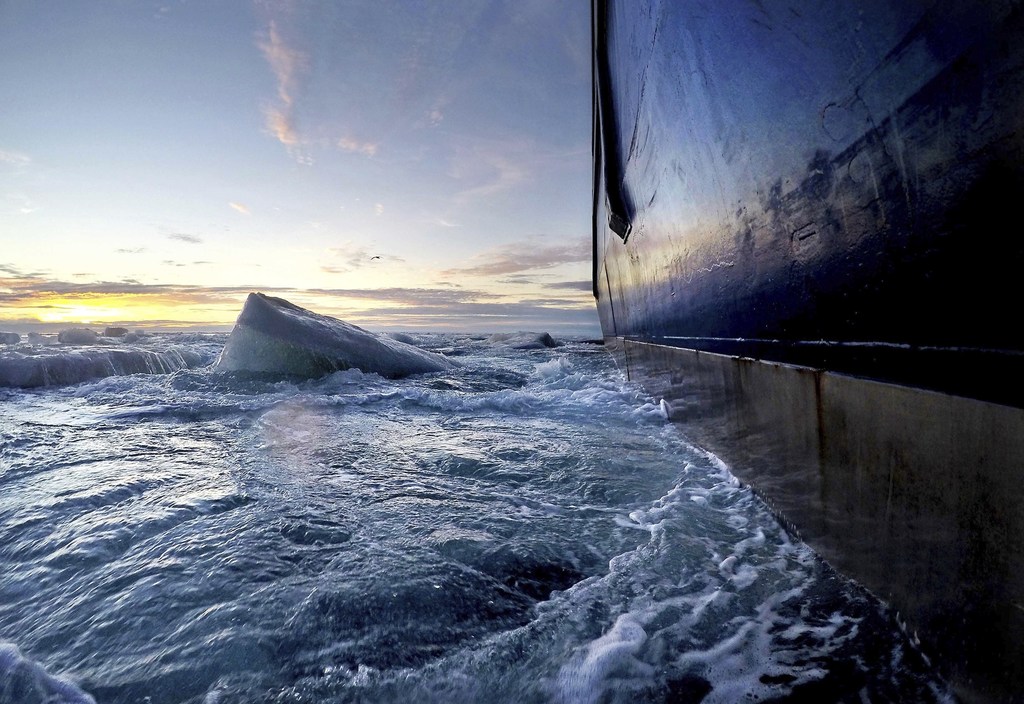 THE ARCTIC CIRCLE (AP) — There's ice, and then there's ice.

We encountered the first floes around Point Barrow, the northernmost tip of Alaska. Much of it was already rotten, as our ice navigator David "Duke" Snider explained. The ice was fraying at the edges. Some of it was covered in sand and dirt from crashing against the coast, while larger floes had pools of turquoise meltwater on top.

A trained eye can tell how old the ice is and where it is likely to have come from.

So-called first-year ice formed during the last winter. It is typically between 30 centimeters (1 foot) and 150 centimeters (5 feet) thick. First-year ice can pose a threat to regular ships but heavy vessels with hardened hulls, such as the MSV Nordica, can slice right through it with only a dull thud and a rumble as debris rolls along the underside of the hull.

Once it survives a summer melt — typically the cut-off date is Oct. 1 — it becomes second-year ice. As ice grows older, the sea salt leeches out and it becomes denser. Being able to spot such ice is key as it is harder and more of a hazard than younger ice.

The toughest sea ice is called multi-year ice and it can grow several meters thick, with the consistency of concrete. As a general rule, the older ice gets the more it turns blue and acquires mounds — so-called hummocks — on top from years of crashing into other floes.

Icebergs aren't sea ice, despite being best known for floating about the ocean. They are actually chunks of glaciers that have broken off at the water's edge. Since glaciers are made from freshwater and have compacted over dozens if not hundreds of years, icebergs are naturally among the hardest types of ice a ship might encounter.

Experts can tell from the shape of an iceberg how much of it is likely to be hidden under the waterline.

Small icebergs the size of a person are called growlers. Medium bergs can be as big as a large ferry, while a very large berg is the size of several skyscrapers.

Follow a team of AP journalists as they travel through the Arctic Circle's fabled Northwest Passage: https://www.apnews.com/tag/NewArctic