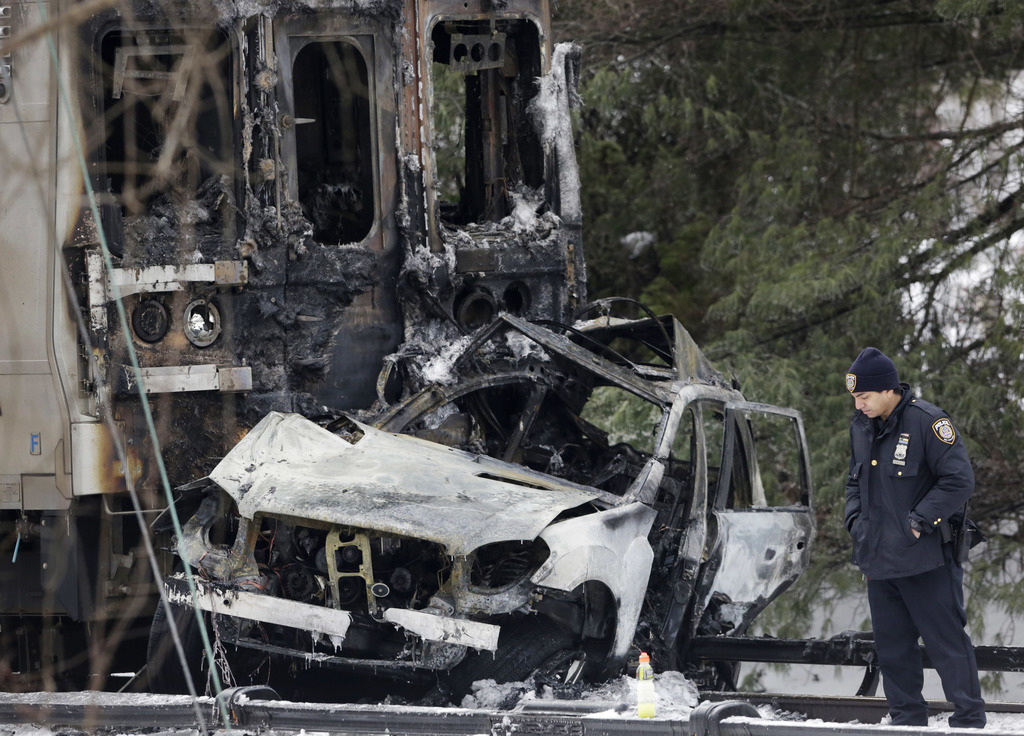 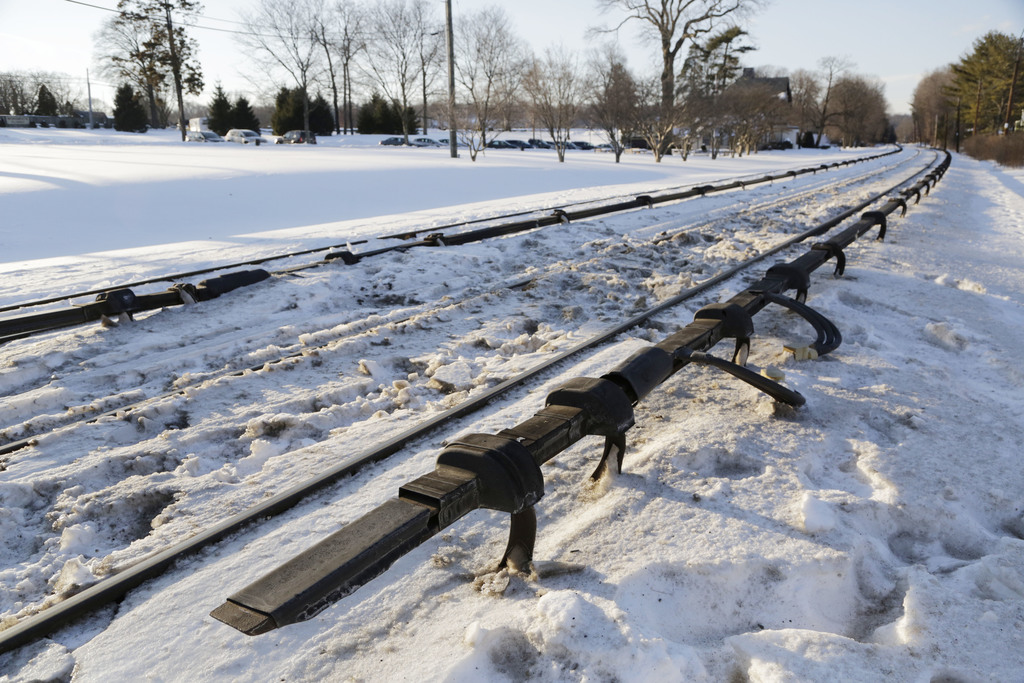 NEW YORK (AP) — The National Transportation Safety Board is scheduled to meet and detail a probe into a 2015 crash between a commuter train and an SUV that killed six people in the New York suburbs, a day after a U.S. official told The Associated Press that investigators determined the crash was extra deadly because of an unusual rail design.

The NTSB is scheduled to meet Tuesday in Washington, where a final report of the February 2015 crash is expected to be presented.

The Metro-North Railroad train crashed into an SUV on the tracks at a crossing in Valhalla, about 20 miles (32 kilometers) north of New York City. The impact sparked an explosion, and flames blasted into the passenger area, burning out the first car of the train. The driver of the SUV and five people aboard the train were killed. More than a dozen others were injured.

NTSB investigators found that about 340 feet (100 meters) of electrified rail was pulled up from the ground, penetrated the SUV's fuel tank and then sliced into the train, according to the official, who was not authorized to discuss an ongoing investigation and spoke to the AP on the condition of anonymity.

The rail was an under-running or under-riding design, in which a metal shoe slips underneath the electrified third rail, rather than skimming along the top. Questions were raised after the crash about whether the collision caused the shoe to pry up the third rail. Metro-North, which operates in New York and Connecticut, is believed to be the only U.S. commuter railroad with the under-riding rail configuration.

Passengers were trapped in the fiery, mangled wreckage and tried to pry open the doors to escape. One passenger, whose hands, shirt and hair were on fire, shattered an emergency box and then pried the doors open before leading a group of passengers out of the wreckage.

The SUV's driver, Ellen Brody, had stopped in traffic on the tracks, between the lowered crossing gates. Witnesses said Brody got out of her SUV to inspect the damage to it before driving forward and being struck by the oncoming train.

Brody's husband is suing Metro-North, the MTA and the train's engineer, saying the crash was caused by a badly designed grade crossing and improper warning signs. Alan Brody says his wife must not have realized she was on a railroad track.

After hearing from the AP about the NTSB's findings, he noted Monday that courts also are being asked to weigh the crash and its causes. He said he'll continue pressing the MTA to modernize and improve the railroad.

A data recorder showed the train's engineer hit the emergency brakes and sounded the horn as the train bore down on the Valhalla crossing, traveling 58 mph in a 60 mph zone, the NTSB has said.