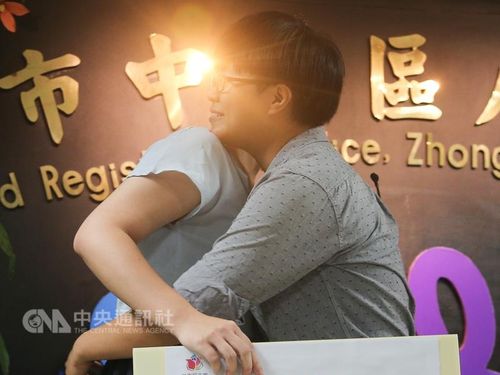 The Taipei City government said Friday it has revised its regulations to allow same-sex couples to apply for affordable public housing, starting in mid-August.

The Taipei City government on July 18 amended the regulations governing the rental of social housing in the city, expanding the definition of "family members" to include same-sex couples who have registered their partnerships in Taipei's household records, according to the Taipei City Office for Gender Equality.

When the new regulation takes effect in mid-August, registered same-sex couples will be eligible to apply for rental units in public housing, including in a new complex called "Songshan Healthy Public Housing" that is currently under construction in Songshan District and is scheduled to open in 2018, the office said.

In a landmark decision in May, Taiwan's Constitutional Court ruled in favor of same-sex marriage but legislation has not yet been passed to make it law.

The Taipei City government said the court's ruling does not mean that the push for improved gay right has come to an end.
Instead, it turns a new page in the effort to advance gender and human rights in Taiwan, the city government said, pledging to continue to introduce measures to improve the rights of gay couples.