TAIPEI (Taiwan News) — The final finding in a probe determined that Taiwan’s exports of steel products (rebar) were sold to the U.S. at unfair prices and thus anti-dumping duties should be introduced, said the U.S. Department of Commerce Friday.

In a statement released on July 21, the Commerce Department said that the rebar imports from Taiwan were sold at 3.50 percent to 32.01 percent less than fair value in the U.S. market, and it hence would urge the U.S. International Trade Commission to impose anti-dumping duties on Taiwan’s steel producers.

The final decision of the ITC will arrive in August.

“The United States can no longer sit back and watch as its essential industries like steel are destroyed by foreign companies unfairly selling their products in the U.S. markets,” said Commerce Secretary Wilbur Ross.

"We will continue to take action on behalf of U.S. industry to defend American businesses, their workers, and our communities adversely impacted by unfair imports,” added Ross.

Taiwan is the third-largest importer of steel products in the U.S., with an estimated imports in 2016 valued at roughly US$53 million, according to the Commerce Department and ITC.

The petition to investigate the steel producers from Japan, Turkey, and Taiwan was presented by several of their American counterparts, reported Reuters.

Earlier in May, the ITC also announced that several Taiwanese steel firms, including China Steel Corporation (中鋼), the largest steel supplier in Taiwan, had dumped their products to the U.S.. They were targeted with duties ranging from 3.62 percent and 6.95 percent. 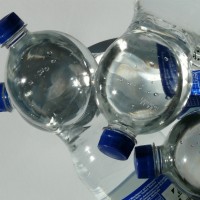 US trade commission rules against antidumping duties for PET imports from Taiwan
2018/10/19 16:12