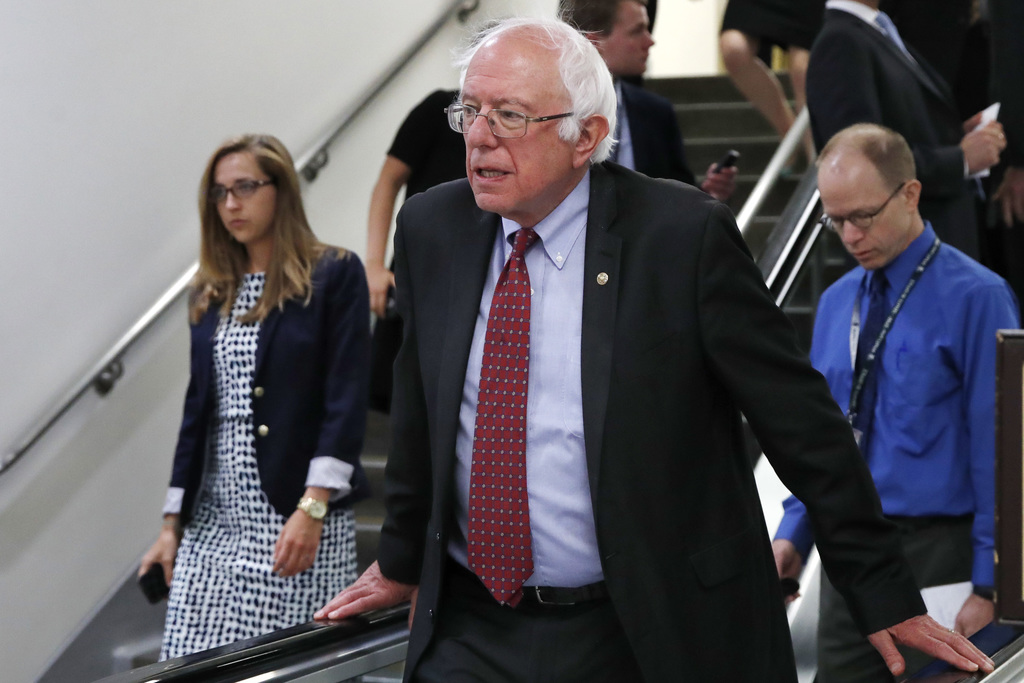 WASHINGTON (AP) — Americans aren't enthralled with "Obamacare" and they definitely don't like the Republican plans offered in Congress, so what does the public want the government to do about health care?

A new poll suggests the country may be shifting toward the political left on the issue, with 62 percent saying it's the federal government's responsibility to make sure that all Americans have health care coverage, while 37 percent say it is not.

The survey findings from the Associated Press-NORC Center for Public Affairs Research indicate a change in public attitudes over the past few months, as concerns mounted about GOP legislation estimated to leave tens of millions without coverage.

"Nobody should be without insurance," said Louise Prieto of Fort Lee, New Jersey, a retiree covered by Medicare. She said she's most concerned about seniors, children and people with pre-existing medical conditions. The latest Republican legislation — repealing "Obamacare" with no replacement— would increase the number of people who are uninsured by 32 million in 2026, according to the Congressional Budget Office.

As recently as March, the AP-NORC poll had found Americans more ambivalent about the federal government's role, with a slim 52 percent majority saying health coverage is a federal responsibility, and 47 percent saying it is not.

The survey didn't specify how the government might make sure that people have coverage, but a true guarantee entails something like the "Medicare for all" plan that was a rallying cry for Vermont Sen. Bernie Sanders' presidential campaign last year. And that would involve hard-to-swallow tax increases.

"There is a significant increase in people who support universal coverage," said Robert Blendon of the Harvard T.H. Chan School of Public Health, who tracks opinion trends on health care. "The impact of the debate over dropping coverage looks like it has moved (more) people to feel that the government is responsible for making sure that people have coverage."

Currently the U.S. has a hybrid system of paying for medical care, with employers, federal and state governments, and individuals sharing responsibility. Government at all levels pays close to half the annual $3 trillion cost, and federal tax breaks support employer-provided coverage.

In the poll, Americans didn't find much to like about the Republican legislation offered in Congress.

Republicans have argued that allowing states to loosen such insurance rules, particularly for people who let their coverage lapse, would result in lower premiums all around. The poll also found that Americans disapprove of various strategies that the Obama law and the GOP bills rely on to nudge healthy people to buy coverage, from the current tax penalties for those who don't have insurance, to waiting periods and premium penalties proposed by Republicans.

The poll was conducted as the GOP "repeal and replace" plan floundered in the Senate during the past week. With the seven-year Republican campaign against the Affordable Care Act now verging on collapse, a strong majority said lawmakers should try to negotiate on health care.

In the poll, 8 in 10 said Republicans should approach Democrats with an offer to negotiate if the current GOP overhaul effort fails, rather than sticking with their own "repeal and replace" campaign of the past seven years. And nearly 9 in 10 said Democrats should take Republicans up on such an offer.

A foundation for common ground seems to be this: Nearly everyone wants changes to the Obama law, while hardly anyone wants to see it abolished without a substitute in place.

Among Democrats, only 22 percent actually want the ACA kept just as it is; 64 percent want it kept but with changes. Among Republicans, 27 percent want immediate repeal, while 54 percent favor repealing the law when a replacement is ready.

The AP-NORC poll of 1,019 adults was conducted July 13-17 using a sample drawn from NORC's probability-based AmeriSpeak panel, which is designed to be representative of the U.S. population. The margin of sampling error for all respondents is plus or minus 4.1 percentage points.