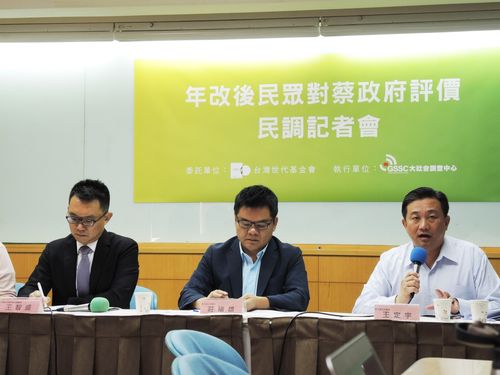 A survey published by the Taiwan Next Gen Foundation shows that 68.1 percent believed that the reform was positive for Taiwan’s future, 62.8 percent of the respondents are satisfied the result of the reform, and 61.9 percent saw it as major accomplishment by Tsai government.

Participants were asked about the “forward-looking infrastructure development plan” announced on April by Tsai’s government. The survey revealed that 61.5 percent of the respondents think the plan is beneficial for Taiwan’s development and 59.3 percent supported the plan.

The survey included 1,069 participants and it was conducted on July 16-17 and had a plus or minus margin of error of 2.99 percentage points.