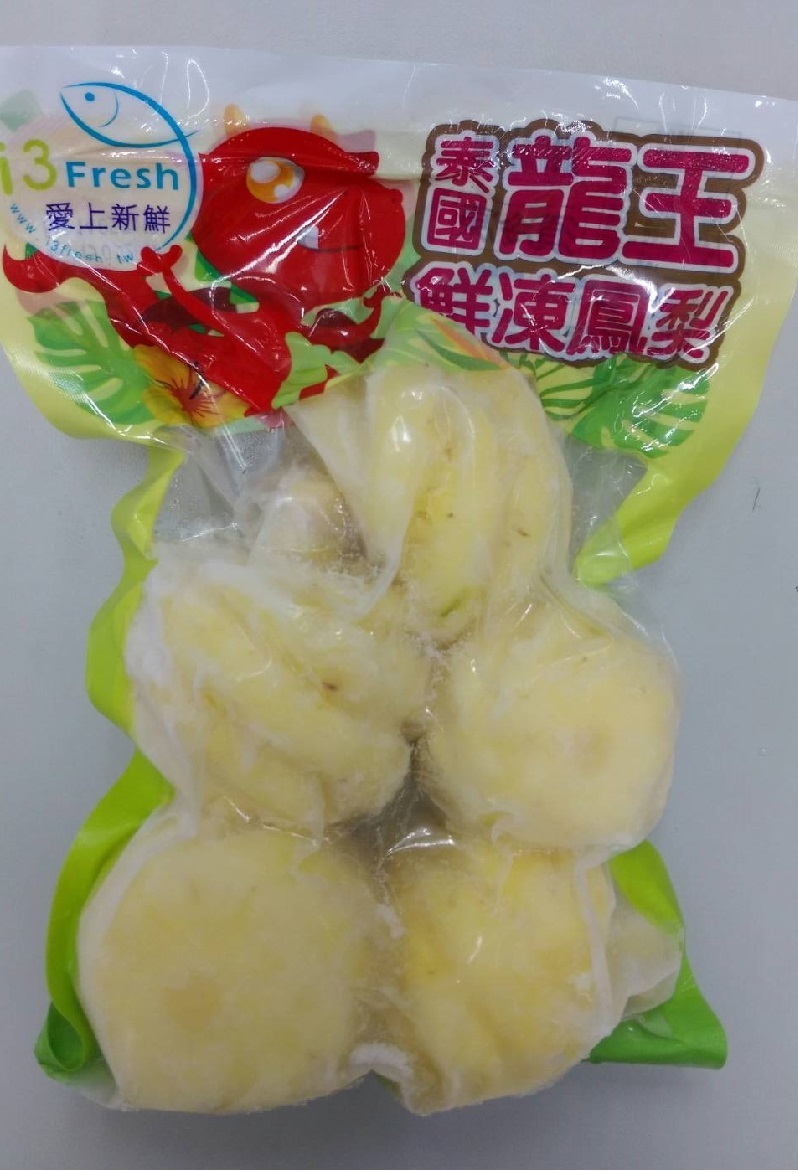 TAIPEI (Taiwan News) -- After receiving a complaint from a consumer about a packaged pineapple product imported from Thailand having an unnaturally sweet taste and strange texture, the Taipei Department of Health yesterday announced it has ordered the recall of the product.

The department tested samples of Dragon King Pineapples (泰國鮮凍龍王鳳梨) and detected 1.1g per kilogram of cyclamic acid (cyclamate), an artificial sweetener that is allowed to be added to dried fruit, melon seeds, and carbonated drinks, but is not permitted to be added to frozen fruits.

Both the product's retailer i3Fresh and the importer Greenstar have been found to be responsible and are being required to provide consumers with a full refund and develop other compensations programs, said Wang Ming-li (王明理), chief of the Food and Drug Division at Taipei's Department of Health.

​In the most recent shipment on June 9, Green Star imported into Taiwan 24,284 packages of the frozen fruit weighing 12 tons before the case came to light. The retailer i3Fresh then procured 1,560 packages from Green Star weighing a total of 780 kilograms.

The CEO of i3Fresh, Hamk Chang (張右承), told the media that the factory in Thailand had purchased pineapples from other suppliers due to a shortage, for that reason the outsourced pineapples containing the banned ingredient might have been mixed with their own fruit.

Cyclamic acid is an artificial sweetening agent 30 to 60 times sweeter than sucrose (table sugar), which is used in candied fruit, melon seeds, carbonated beverages, sugar substitutes, and in nutritional supplements in 80 countries, but is banned in 45 countries including the United States. One and a half packages of the tainted pineapple product would exceed a safe amount of the chemical for an adult weighing 60kg, according to Taipei City Councilor Huang Hsiang-chun (黃向群) who spoke to the media yesterday on the matter.

Consumption of cyclamic acid in excess over long periods can cause kidney disease, liver disease, possibly affect male fertility, and was banned in the U.S. out of concerns over the potential increased risk for cancer.