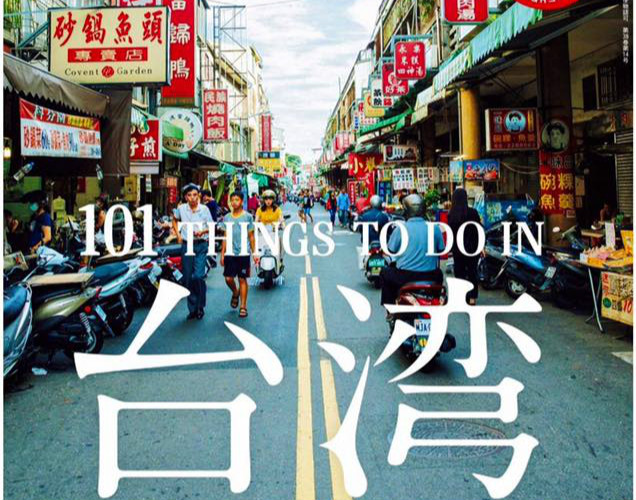 TAIPEI (Taiwan News) — A Japanese magazine released a special edition of "101 things to do in Taiwan" with the cover image of Tainan street view causing a battle of words on the Internet.

The Japanese magazine Brutus chose Taiwan as the fourth destination for its extra edition "101 Things To Do in xx" after London, New York and Tokyo, showing a considerable degree of interest in Taiwan by Japanese tourists. The magazine chose a street view of Guo Hua Street (國華街), a very local and traditional street in Taiwan's southern city of Tainan, which showcased the real daily lives of Taiwanese according to the professor at National University Lee Ming-tsung (李明璁). He added that the cover image proved that tourism promotions are not only advertisements, but also can show the culture of the country.

However, Creators United (創作者連萌) shared the cover image on its Facebook page Saturday, expressing their embarrassment about the photo. They indicated that the image shows a bad impression of Taiwan with the scooters parked on the street illegally, pedestrians walking on the road, and shop signs hung sloppily. "Just ask yourself: Can a man in a wheelchair or a blind man go back and forth on the street without worrying his own safety? It presents the lack of social morality of Taiwanese," said Creators United.

The statement has led to a debate on Facebook. Some netizens agreed that most Taiwanese streets bring a negative influence to the appearance of a city. Many think that it is part of the Taiwanese culture and criticized the lack of national identity of Creators United, which has brought up another public issue in Taiwan.