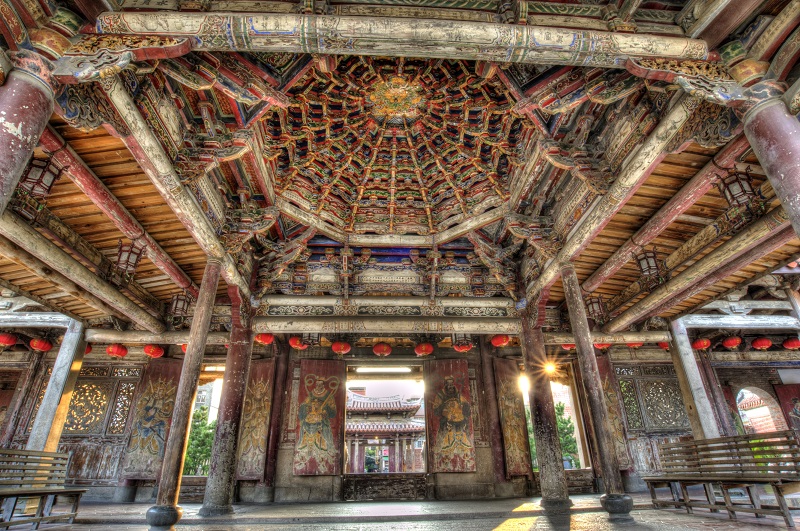 TAIPEI (Taiwan News)--Lukang is a historic township located in northwestern Changhua County on the west coast of Taiwan, facing the Taiwan Strait. In March 2012, it was named one of the Top 10 Small Tourist Towns by the Tourism Bureau of Taiwan.

The township office lists more than 30 sites on an updated tourist map it published, all of which are indeed worth visiting. However, whichever sites you selected to visit from the map, you absolutely don’t want to miss these two places—the Longshan Temple and the Lukang Old Street (Butou Street and Yaolin Street). Before getting briefed on these two places, readers should have a general knowledge of this historic township in the first place. The township's name “Lukang,” literally meaning “port of deer,” came from the port's trade of deerskins during the Dutch period. During the Qing Dynasty, the depth of Lukang's harbour and its proximity to Fujian Province on mainland China made Lukang an important trading port. During Lukang's heyday from 1785 to 1845, the city’s population reached 20,000, making it Taiwan's second largest city after current Tainan and was larger than Bangka (now a district of Taipei , then the island's third-largest city.

The subsequent silting of the harbor and the city's refusal to allow railroads to pass through the city led to losses in trade in commerce, which, in turn led to Lukang's decline relative to other cities, which were experiencing considerable urbanization and population growth. This same decline, however, averted the modernization processes that demolished historical buildings in Tainan and Taipei, leaving Lukang preserved as it was in its heyday.

The Longshan Temple in Lukang was built in the end of Ming Dynasty and the beginning of Qing Dynasty. The old location was near previous old port cannel (today's Dayou St.) In the 51st year of Emperor Qianlong in Qing Dynasty (1786), Military Officer Chen, Bang-Guang suggested to relocate Longshan Temple to the current location. After that, Longshan Temple has been renovated and repaired at least six times. In 1983, the temple was designated as a first-class national historic site. The temple is noted for its well-kept architecture and delicate sculpture on its doors, windows, pillars and ceilings. In the past, Lukang streets were developed along the old Lukang Stream. Butou Street and Yaolin Street were the earliest market streets where shipping firms and trade business were conducted, mainly with Mainland China. In 1784 Lukang Harbor was opened as an official harbor, and quickly many shipping firms developed on Butou Street and Yaolin Street. These two classical old streets are actually connected together and close to Zhongshan Road, the main thoroughfare of Lukang. Once setting foot on the long brick pavement flanked by the old exquisite stores and houses, visitors could have the illusion that they were walking on a Qing Dynasty street. Therefore, it’s also recommended to stroll on the streets in the area.

Not on the must-see list here, but Lukang Private Folk Museum, Ding Family Mansion and Zhongshan Road are recommended. Previously, the Lukang Private Folk Museum was the abode of Koo Hsien-jung from the Koo family, one of the most powerful families in Taiwan – they still own conglomerates and banks. The entrance to the museum costs NT$130. The museum is open from 9 a.m. to 5 p.m. and is closed on Monday.

Nearby the museum, you can see a small garden and the back door of the home of another wealthy family, the Dings. This house, built in traditional style, has been carefully restored and open to the public recently.

The Dings were merchants, however, this house was built when one of their members became a Mandarin. The residence composed of three units houses memorabilia of this event.

Zhongshan Road is famous for its Art Deco facades of the houses along the street that still remain here and there from that time. The Japanese also built the arcades that line the street. Lukang is close Taichung and Changhua, so it can be visited as a day trip from those two cities.

There are buses to Lukang from Taichung HSR station and the Main Railway Station as well as from Changhua Railway Station. You can easily explore Lukang on foot or by YouBike as there are YouBike stations around the city. 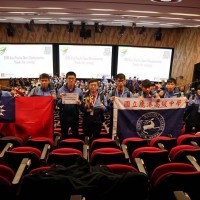 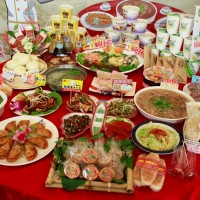