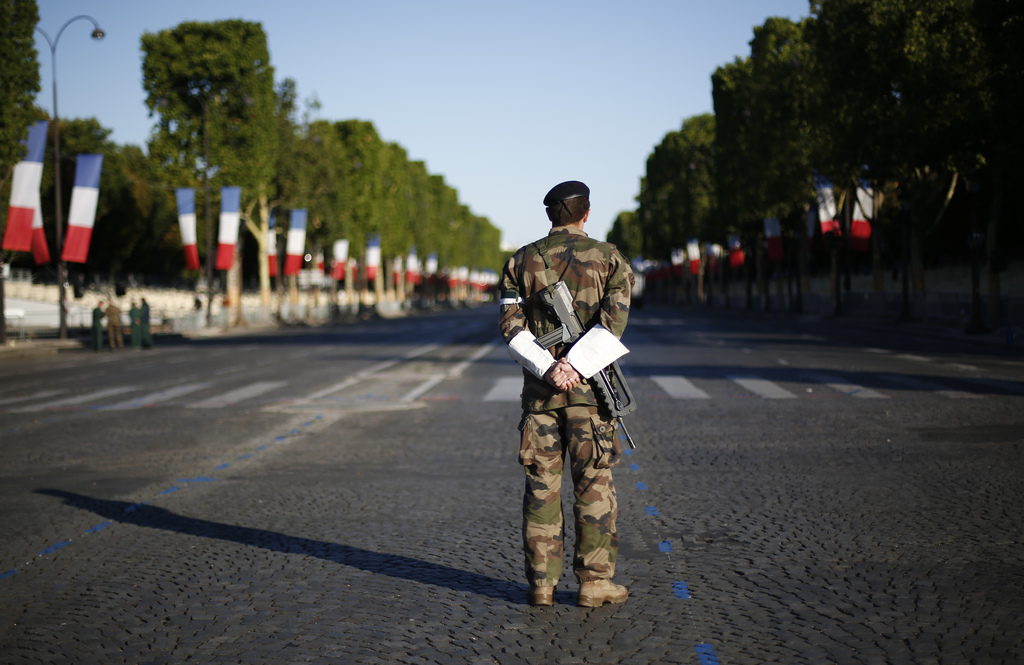 PARIS (AP) — Paris has tightened security before its annual Bastille Day parade, which this year is being opened by American troops with President Donald Trump as the guest of honor to commemorate the 100th anniversary of the United States' entry into World War I.

Two hours before the parade Friday, the famed Champs-Elysees avenue was emptied as was the Place de la Concorde with its golden-tipped obelisk. The wide boulevard has been targeted repeatedly by Islamic extremists, most recently last month when a man crashed his car into a convoy of gendarmes.

Trump and French President Emmanuel Macron were expected at the parade's main viewing stand. Macron then heads to the southern city of Nice, where last year an extremist plowed a truck into the holiday crowd, killing dozens.