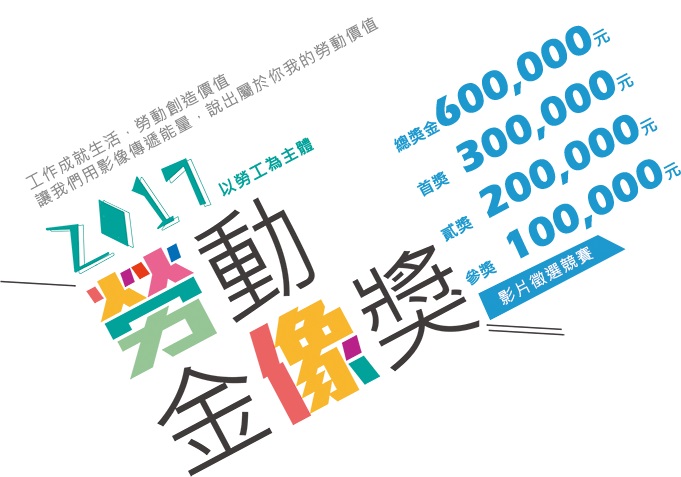 TAIPEI (Taiwan News)--Taipei City Department of Labor (DOL) announced that labor films lasting 30 minutes or longer and shot on dates after July 1, 2014, are eligible to apply, and the submission deadline is September 30, 2017.

Film themes should be related to issues such as occupational safety, temporary jobs, atypical employment, migrant laborers, globalization, workings of labor unions, or other labor-centered topics, the DOL said.

To learn more about the award, please visit this site (Chinese) or contact the award organizer Taipei Film and Drama Union at 02-2311-2044, extension 9.

Established in 2007, the Labor Film Award prizes have been given to 175 films that reflect the various facets of Taipei’s labor scene, the DOL said. The prevalence of the internet and social media – as well as the advancement of mobile devices – has helped film directors create works that tell compelling stories, the agency said.

The DOL hopes the competition this year will see more entries which attempt to raise awareness on labor rights, fight for fairer labor standards, or promote the dignity of work. The films will allow the public to gain insights into Taiwan’s employment environment and present an opportunity for people to reflect upon their labor rights, the agency said.

The agency will start a promotional campaign involving the screening of award-winning films over the years at labor unions and campuses in August this year. Members of labor unions, the general public, and organizations are welcome to sign up for the film sessions and listen to stories behind the movies by the film directors, the DOL said.

To watch the award-winning films of the past, please visit the page (Chinese).