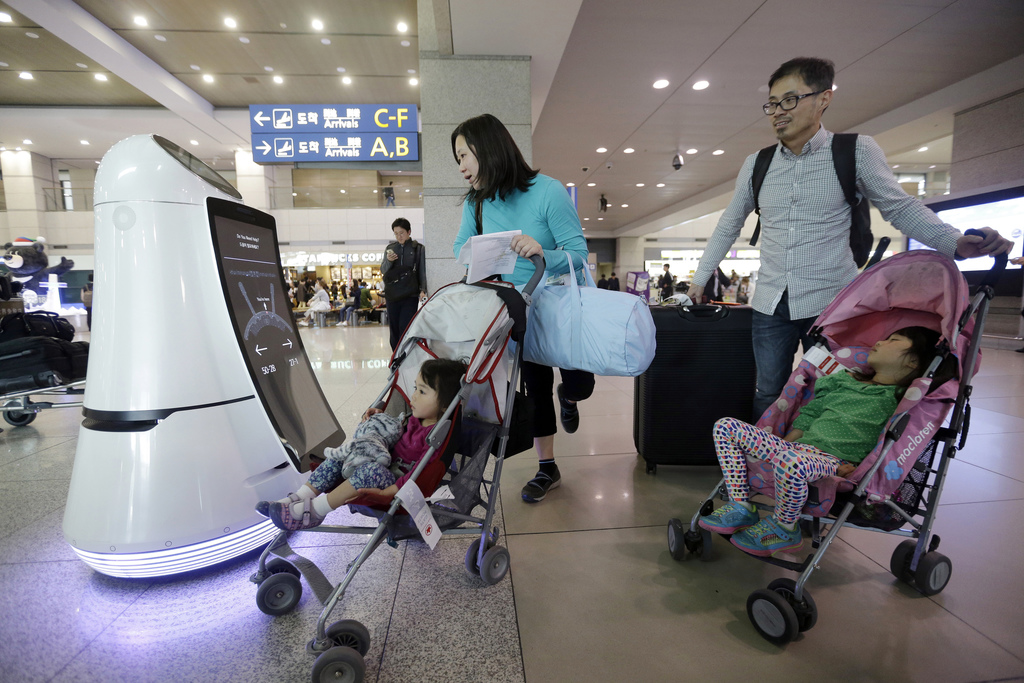 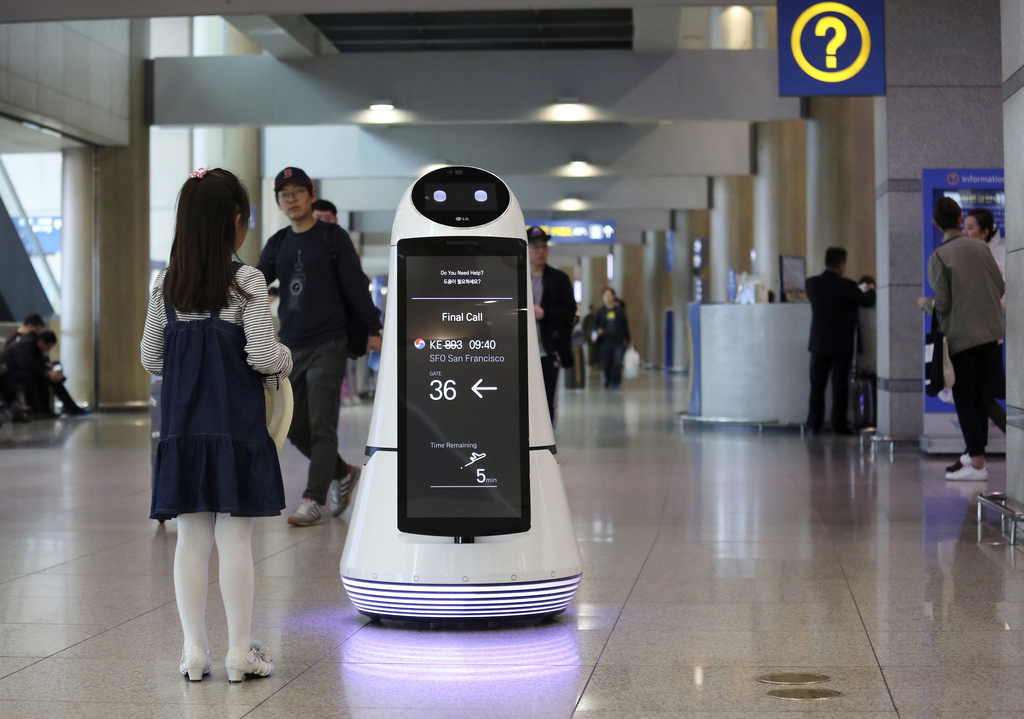 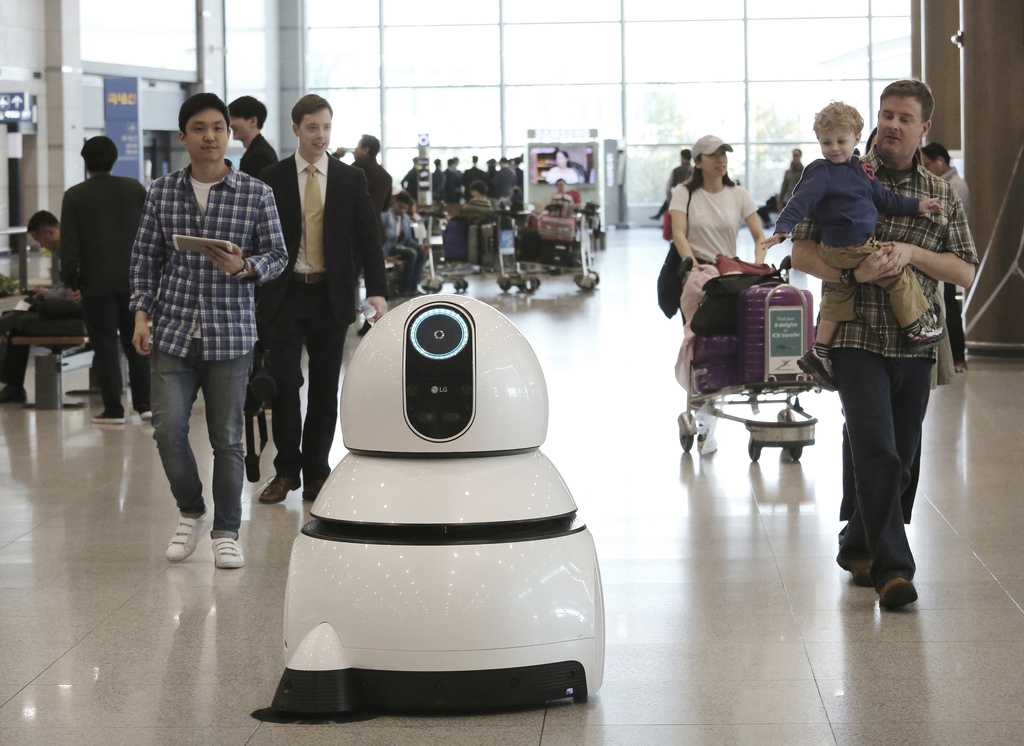 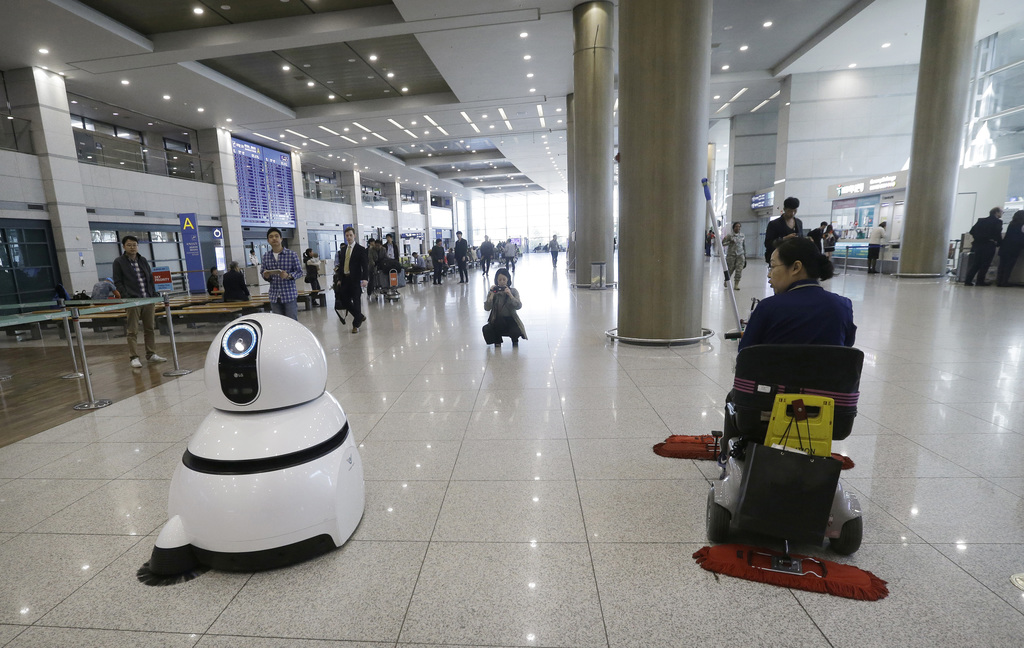 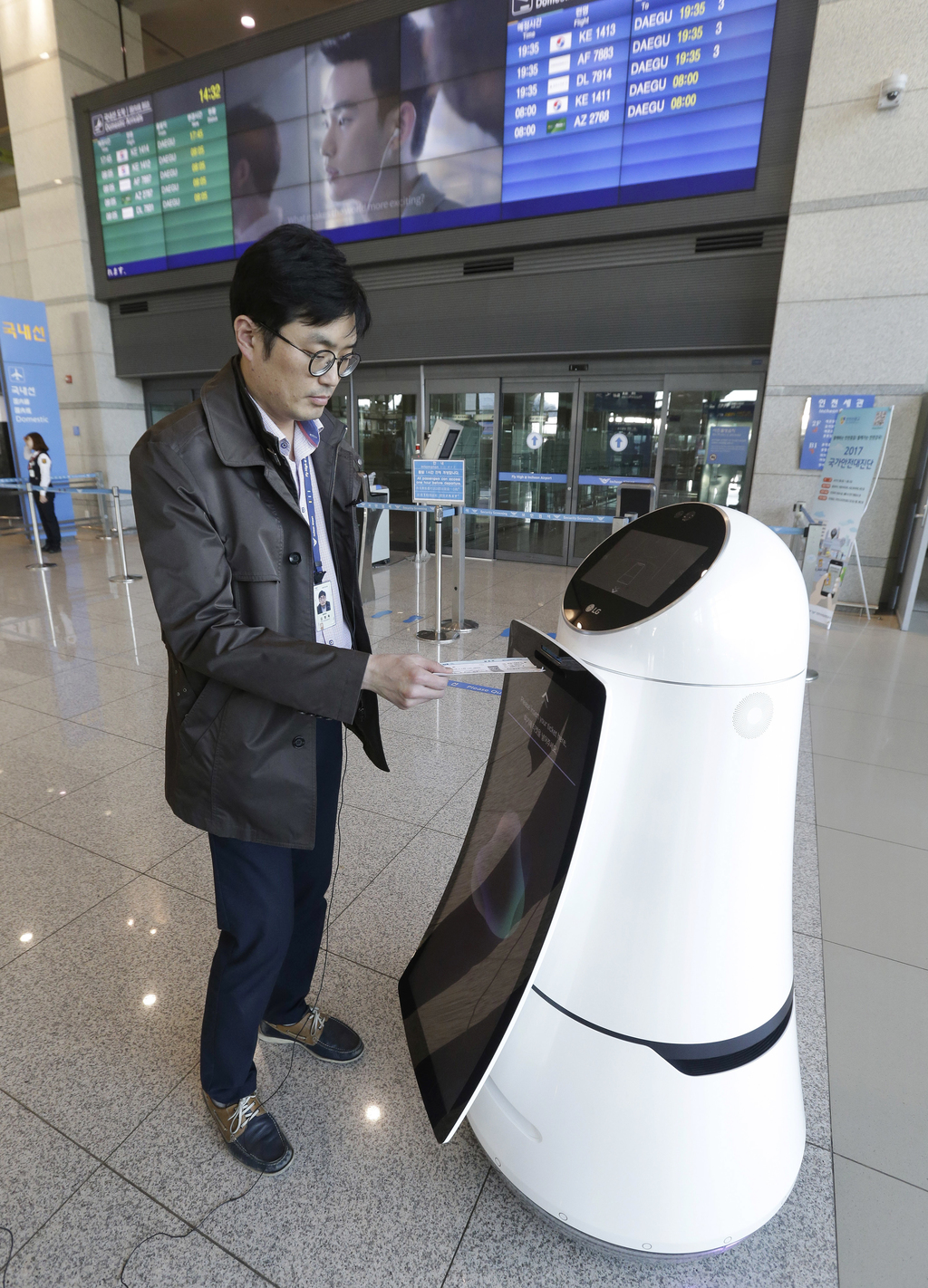 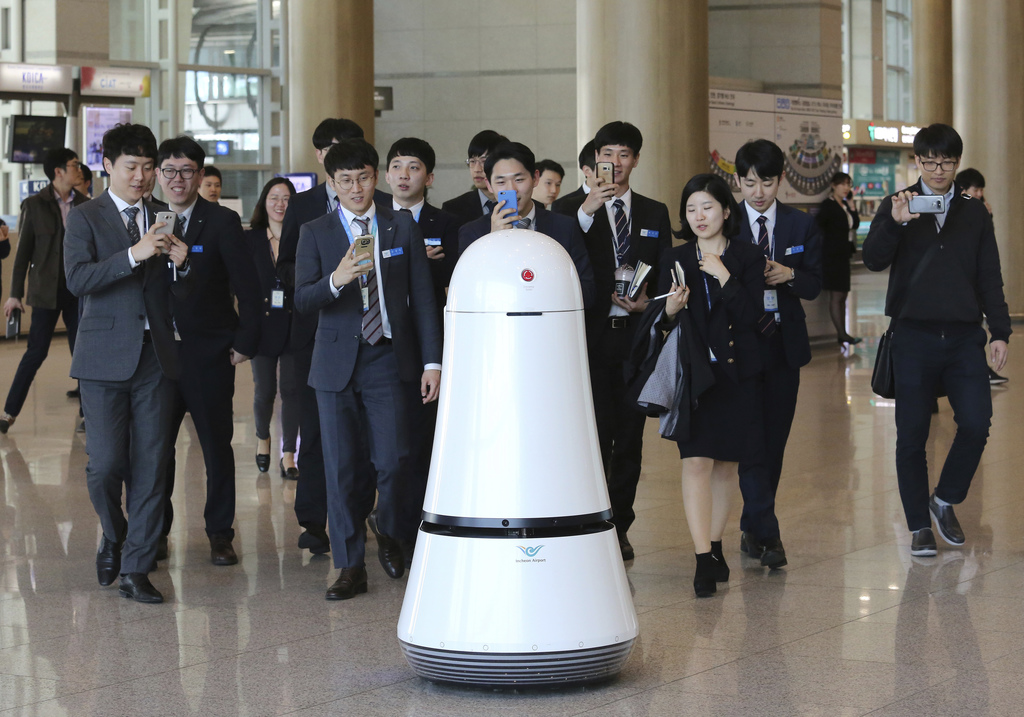 Starting this month, Troika, a self-driving robot made by LG Electronics, will rove the Incheon International Airport, telling travelers how long it takes to get to boarding gates and escorting them to their flights. A jumbo cleaning robot will help cleaning staff swab the wide expanses of floors in the airport west of Seoul.

Troika, about the size of a young teen, is equipped with a rectangular display on its front that looks like a giant smartphone screen and can show flight information, an airport map and weather data. Its partly rounded head has a flat touchscreen face that displays blinking or smiling eyes or information.

The guiding bot responds to its name.

Travelers can insert their tickets into its scanner to get flight information, and Troika will then ask if they want to be escorted to their gates, warning laggards to "Please stay closer so I can see you."

Troika's debut piqued the interest of many in the airport. Heads swiveled and children approached with curiosity as the 140-centimenter (4 foot 6 inch) robot with its white body and black screens glided through the terminal.

Robotics is gaining ground in South Korea, where many big businesses are automating factory production lines. South Korean researchers have won awards in international robot competitions. In 2015, South Korea's Team KAIST beat the U.S. and Japan to win the DARPA Robotics Challenge with a humanoid that completed tasks without losing balance. But South Korea has been slow to introduce human-like robots or interactive robots in public places like hotels or stores, unlike its neighboring Japan where Softbank's humanoid Pepper is no stranger.

Incheon International Airport Corp. believes it is the first to introduce such service-oriented robots in a South Korean public space. Another state-owned airport operator, Korea Airports Corp., which operates 15 international airports in South Korea but not Incheon airport, also has teamed up with local companies to introduce air-purifying robots to measure air quality and clean terminals.

Incheon International Airport Corp. said in a statement that it does not expect the robots to replace human workers, but just to help, especially with overnight shifts and physically demanding tasks.

Future plans include deploying robots to advise travelers about items that are banned on flights, serve food in airport lounges and carry cargo.

South Korea expects the robots to burnish its reputation as a technology leader when the country hosts the 2018 Winter Olympics in PyeongChang.

But its maker LG is still working out the kinks.

Troika can recognize its location inside the airport terminal and navigate around passers-by and obstacles, said Kim Hyoungrock, the chief research engineer at LG Electronics who oversaw the robot's development.

It's meant to be a fast learner: By July, Troika will be speaking English, Korean, Chinese and Japanese, Kim said. However the robot can only perform a few simple tasks it has been programmed to carry out.

During a recent test run it failed to recognize some voice commands, such as when Amethyst Ma of San Jose, California, asked how she and her kids could catch a bus to the city.

Still, such machines could be quite useful for overseas travelers, Ma said.

"It's becoming common in a lot of public places so that's why I came to it right away," she said. "It's a source of information, especially if we don't speak the local language."