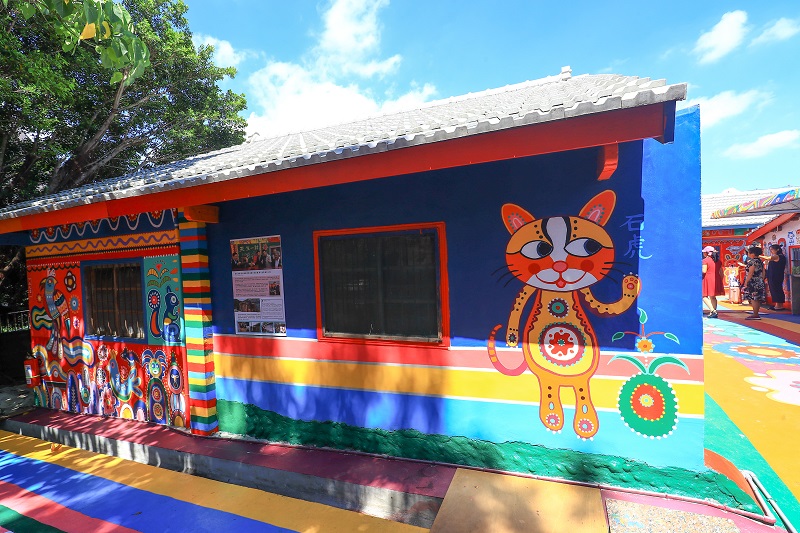 TAIPEI (Taiwan News)--A ceremony was held Sunday to mark the completion of a project Taichung City Government had undertaken since the end of last year to repair the Rainbow Village (彩虹眷村), a veterans’ settlement that has become a tourist magnet for central Taiwan that pulls in more than a million visitors annually all because of the colorful and childishly lovely mural paintings by a 95-year-old resident veteran--Huang Yung-fu (黃永阜).

Huang, known as “Rainbow Grandpa,” has been painting on the walls, doors, windows of a dozen empty houses and pathways in the veterans’ village since 2008 as a pastime. The subjects of his paintings range from birds to animals to celebrities. The village, originally slated to be demolished to make way for housing projects, avoided the fate of being knocked down six years ago when the authorities agreed it should be preserved after a campaign to save the village was launched by local university students who saw Huang’s work.

However, the old houses had the problem of leaking roofs, and the city’s Cultural Affairs Bureau started to fix the problem in November last year and completed the repair work at the end of June this year. “Rainbow Grandpa is like a child, looking at a world full of hope,” Lin said, praising him for creating such colorful and vibrant work along the 50-meter alley that has attracted visitors from Japan, Korea, Hong Kong, Macao, Singapore, China and other countries. The number of people visited Rainbow Village last year broke the 1.25 million mark, which is a great help to the city’s tourism, he added. 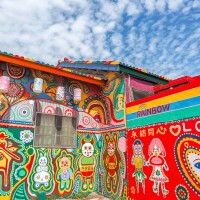 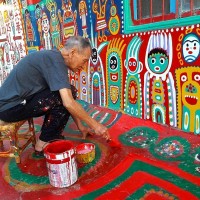