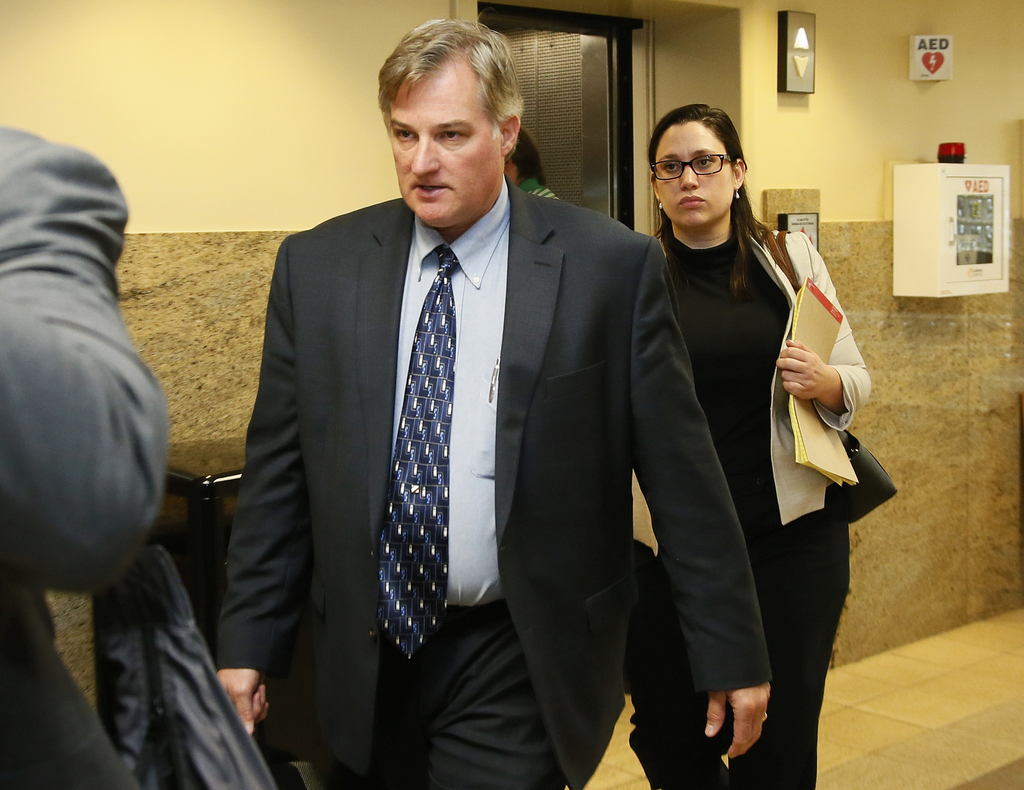 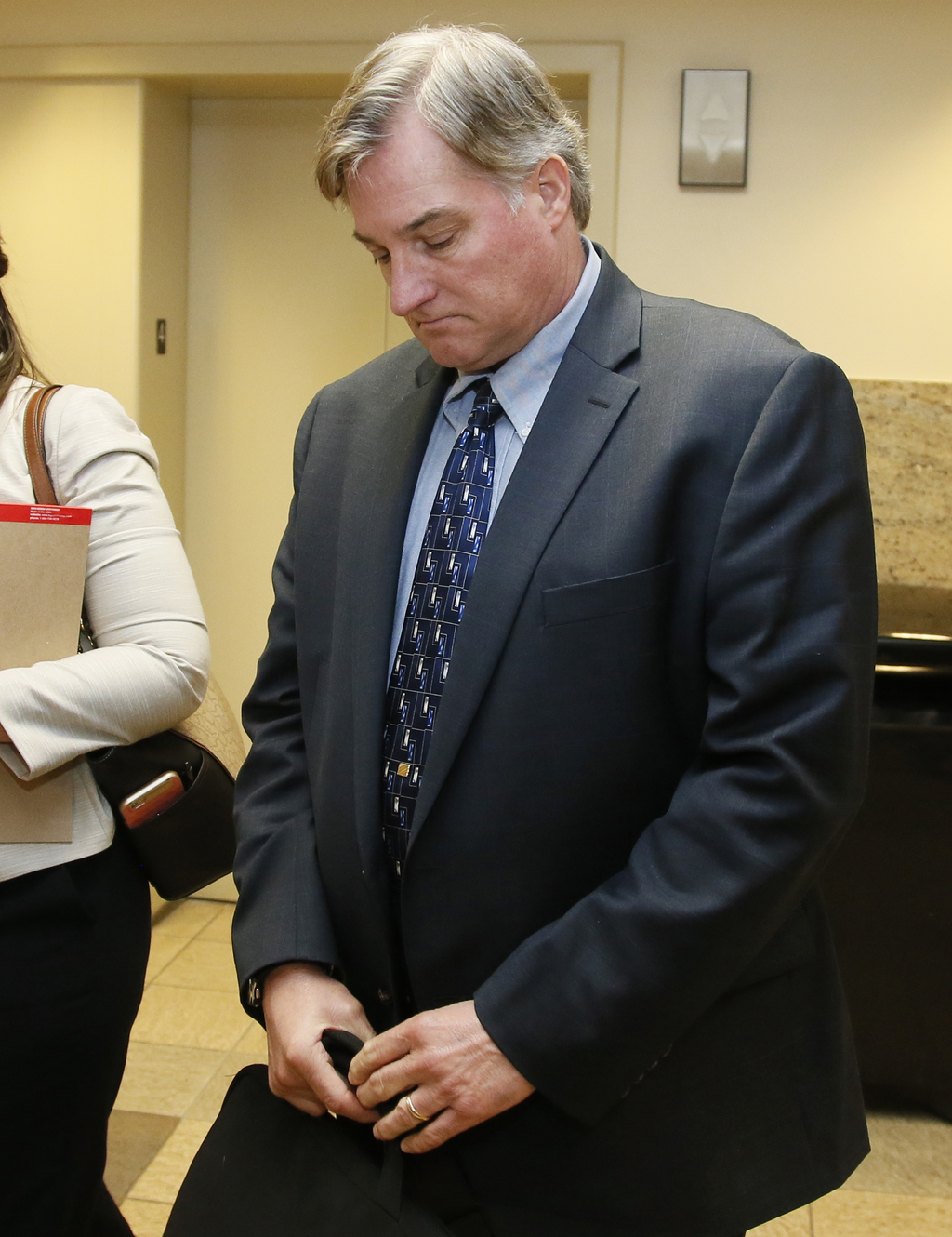 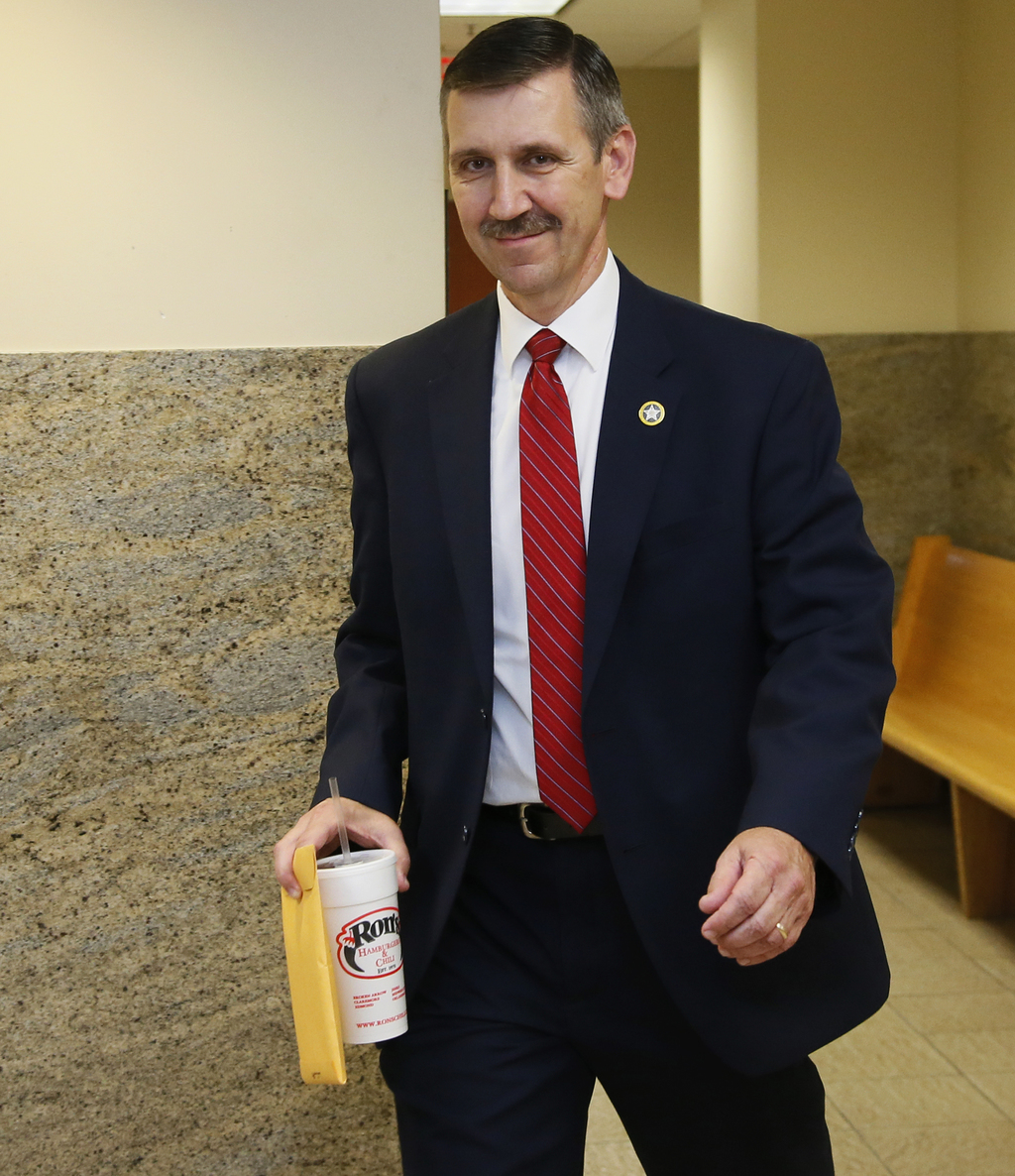 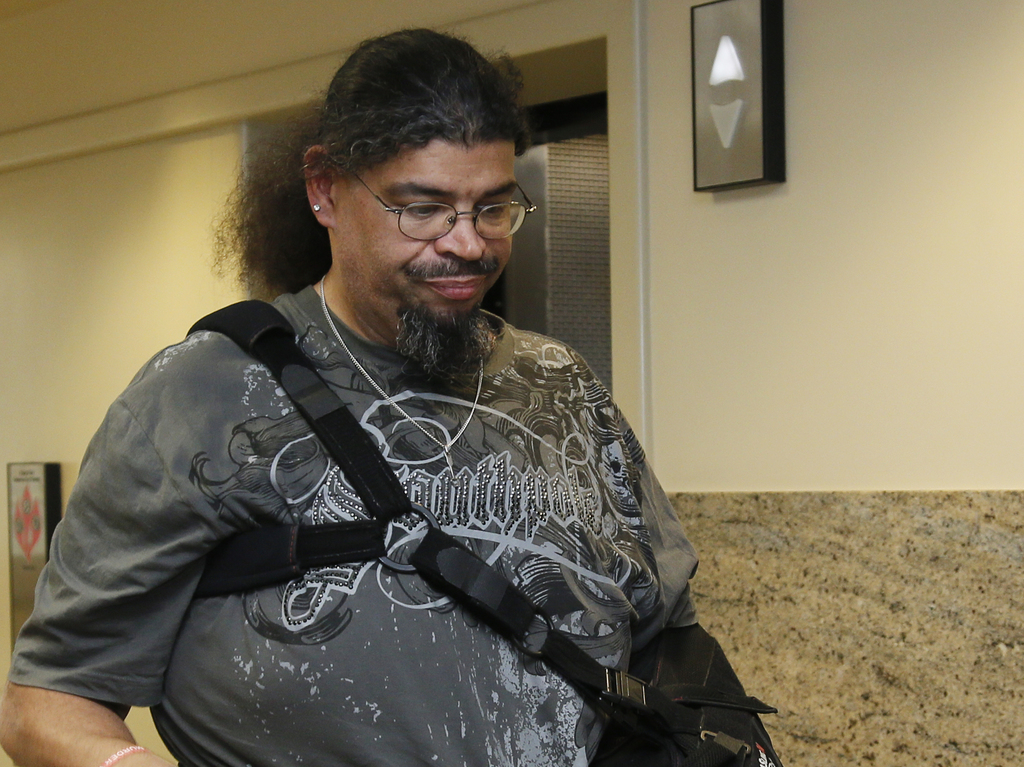 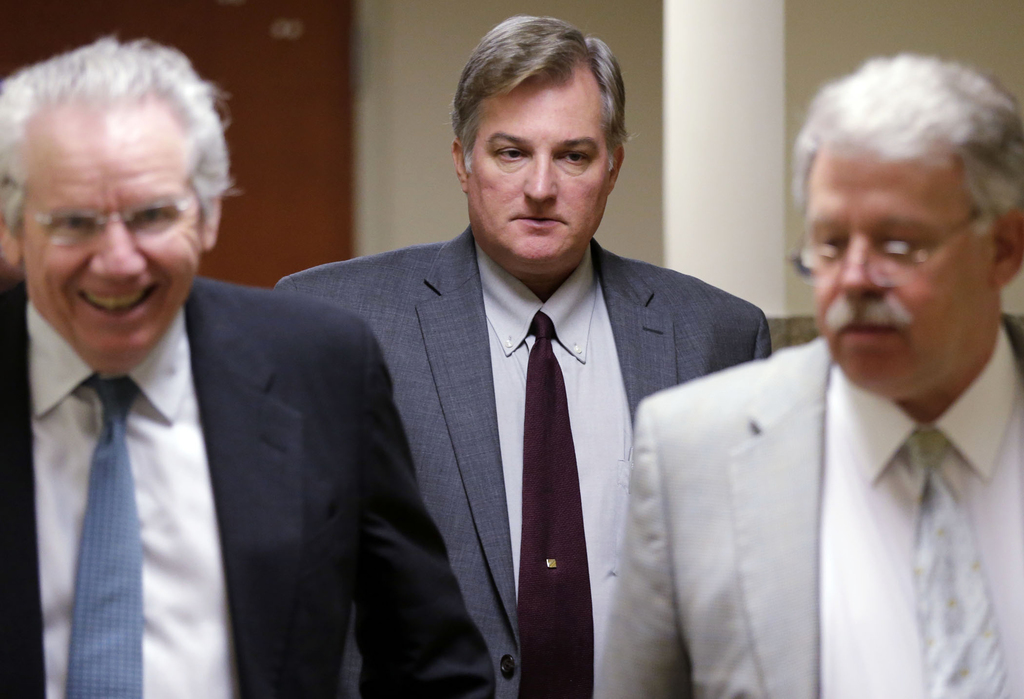 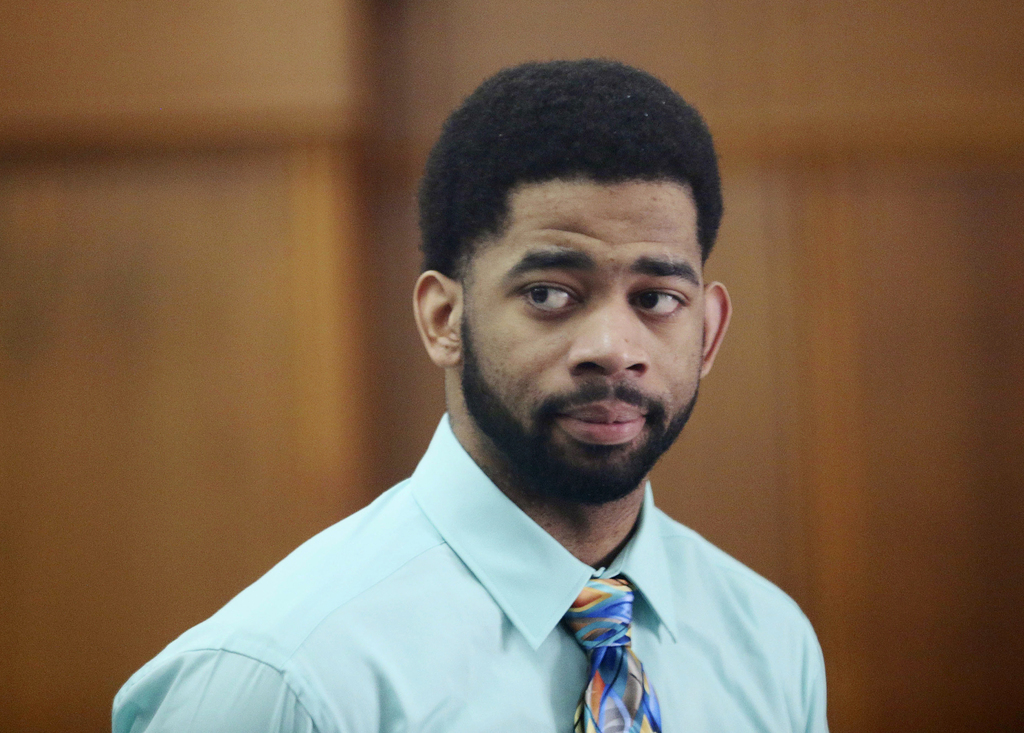 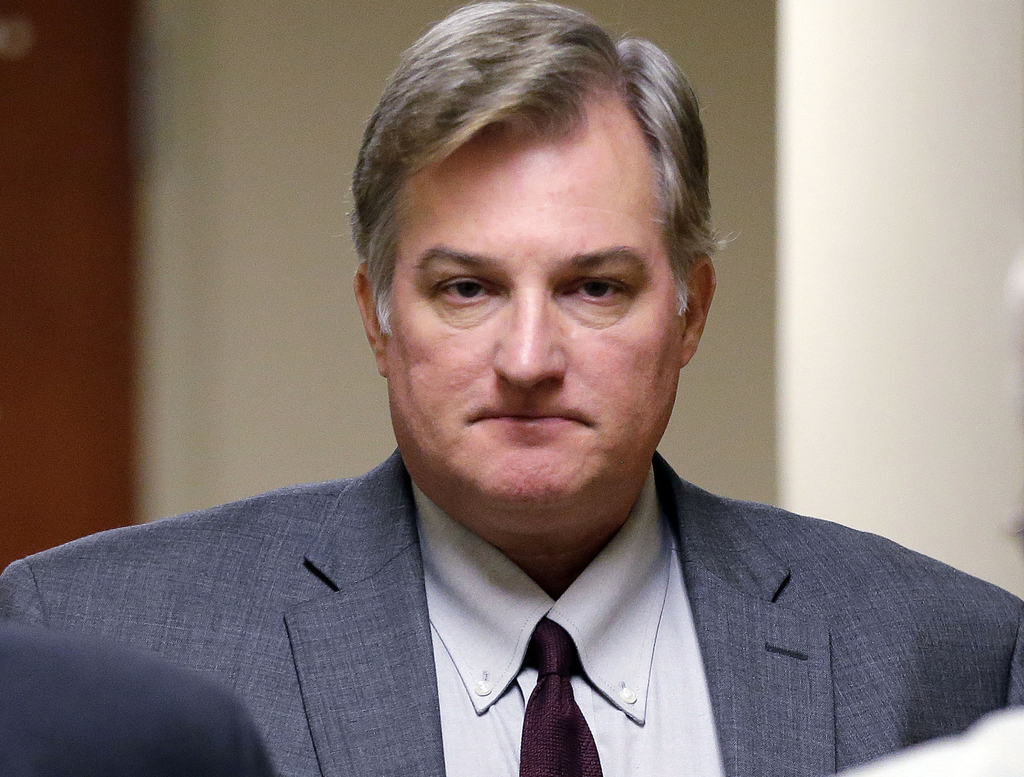 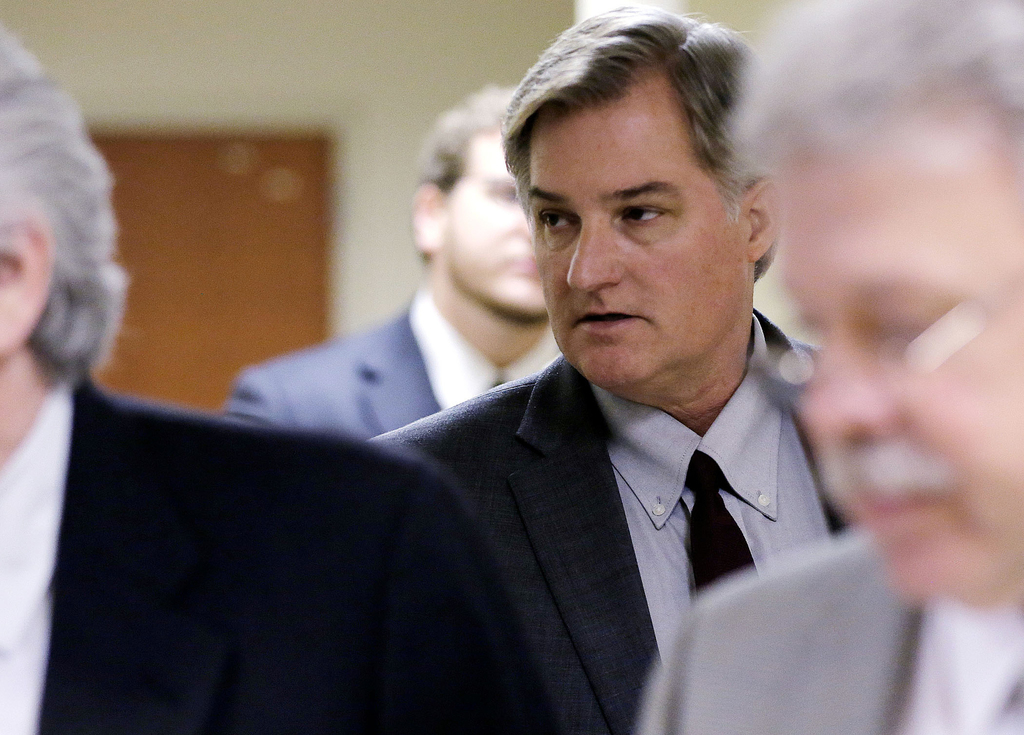 TULSA, Okla. (AP) — A former Oklahoma police officer who said he was trying to protect his daughter when he fatally shot her black boyfriend in 2014 is on trial for the third time in seven months, after jurors in previous trials couldn't decide whether he was guilty of murder.

Experts say Shannon Kepler's case illustrates a broad unwillingness to convict police officers, particularly in cases involving fatal shootings — and even when the lines between officer and civilian are blurred.

Kepler was off duty when he shot 19-year-old Jeremey Lake in August 2014. Lake was walking with Kepler's daughter when Kepler approached them near the home of Lake's aunt. Kepler later claimed Lake was armed and that he was acting in self-defense, but police didn't find a weapon on Lake or at the scene.

While one jury found the 57-year-old former Tulsa police officer guilty of recklessly using a firearm, it was unable to agree on whether that crime led to the far more serious conviction of first-degree murder.

While Kepler is white, experts say the institutional deference shown to law officers isn't about an officer's race. For example, jurors in Milwaukee last month acquitted a black officer who fatally shot a black man who ran from a traffic stop holding a gun. The now former officer, Dominique Heaggan-Brown, shot Sylville Smith in the arm as he appeared to be throwing away his gun and again in the chest after he fell.

"Police officers are viewed in America as they can do no wrong, black or white," said Tulsa civil rights activist Marq Lewis, who described what he called a "cultural marketing" of the infallible, crime-busting police officer.

"They sacrifice their lives every day; when you keep hearing that over and over, that is always going to be in the back of your mind," Lewis said. "They're the first point of contact to deal with evil on the streets.

"This is an American perception problem," he said.

The inherent, powerful bias to back the badge is instilled at an early age and almost impossible to undo, experts say. Despite public outcry in recent years over police shootings throughout the U.S., few officers are prosecuted, and even fewer are convicted.

"A juror might say, 'I know that person shot that person, but I kind of like that person,'" said Lou Manza, a psychology professor at Lebanon Valley College in Annville, Pennsylvania. "It really has a lot to do with not just the nature of the crime, but what's going on in the heads of the jurors you pick."

Even with video — whether from a squad car, an officer's body camera or a bystander's cellphone — all the rules change once an officer is in the courtroom, said David N. Dorfman, a criminal law professor at Pace University and a former defense attorney in New York.

"This goes back to Rodney King," said Dorfman, referencing the video recorded by a bystander of the 1991 beating of taxi driver Rodney King by four Los Angeles police officers, who kicked and hit him dozens of times, even after he was on the ground. The four officers were acquitted in criminal court 1992.

"The officers testified they felt threatened in testimony, even though the video didn't show it, and that was enough to get an acquittal," Dorfman said.

Two of the officers were later convicted on federal charges of violating King's civil rights; the other two were also acquitted on those allegations.

In Kepler's case, there is no video, just the accounts of witnesses, including Lake's girlfriend, who was 18 when the shooting happened. Kepler has pleaded not guilty, and his third trial started Friday.

Lawyers for Kepler didn't return several voice messages seeking comment this past week, but during previous trials they pointed out that witnesses gave contradictory testimony. Defense attorney Richard O'Carroll previously has said that Kepler was just trying to protect his daughter, Lisa Kepler, because she had left her father's home and was staying in a crime-ridden neighborhood. The daughter had been in and out of a homeless shelter after her father forbade her from bringing men home at night.

Tulsa County District Attorney Steve Kunzweiler declined to comment until after the trial.

Prosecutors have alleged that Shannon Kepler watched his daughter and Lake from his SUV before approaching them on the street. Lake's aunt has said her nephew was reaching out to shake Kepler's hand to introduce himself when Kepler fired.

Heather Woodell, Lake's former girlfriend and mother of his 2-year-old son, believes some jurors found Kepler's testimony believable based solely on the fact he was a police officer.

"I think (jurors) think all cops are good, so (Kepler) must be innocent," she said. "(Jurors thought), 'Just another cop killing a punk black kid who had it coming,' but that's not the case."