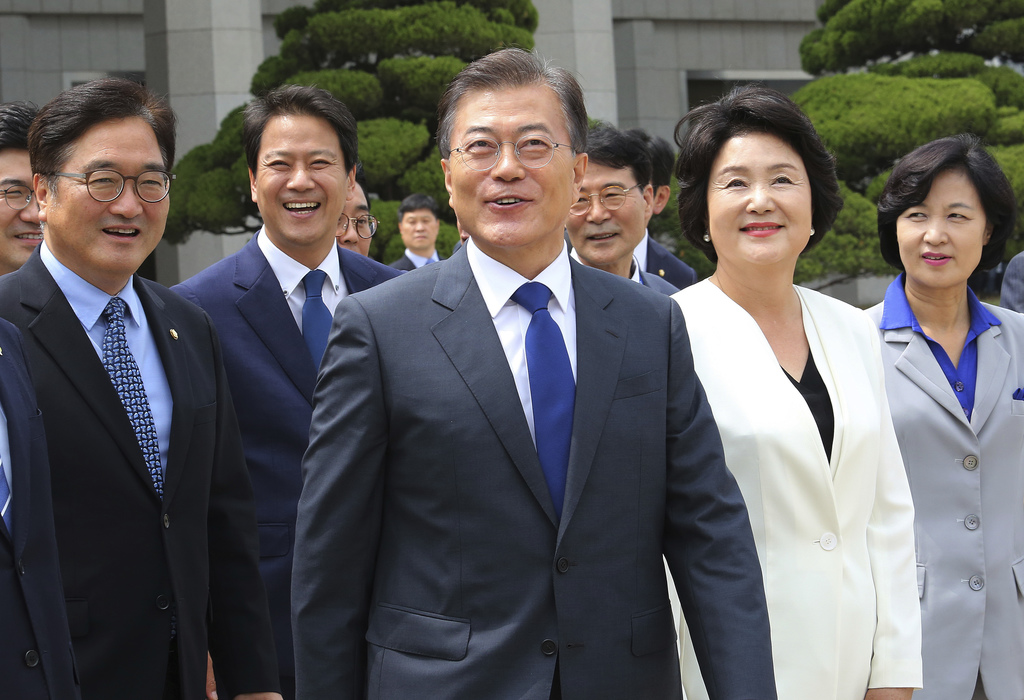 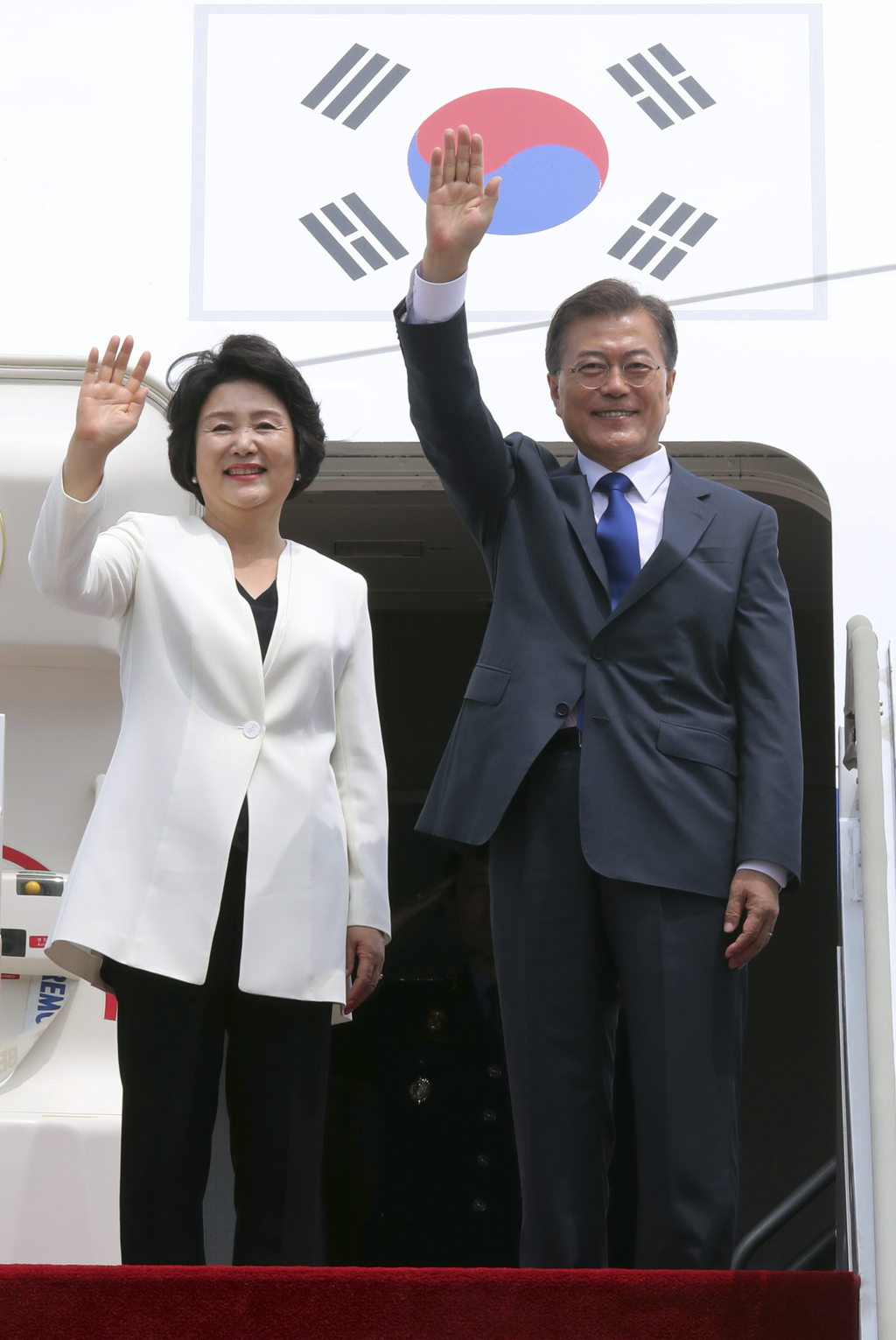 WASHINGTON (AP) — South Korea's new leader, on a four-day visit to Washington, was aiming to reconcile differences with President Donald Trump after advocating a softer approach to North Korea and delaying U.S. plans for the full deployment of a missile defense system in his country.

President Moon Jae-in was elected last month after his conservative predecessor — who, like Trump, took a hard line toward the North — was impeached in a bribery scandal.

The talks between Moon and Trump come amid intense wrangling over North Korea.

China is pushing the United States to start negotiations with the North. That prospect appears to be receding as Trump grows frustrated over Beijing's level of economic pressure on the North, its wayward ally.

North Korea shows no sign of wanting to restart talks on abandoning its nuclear weapons program, which may be only years away from the capability to strike the U.S. mainland.

Moon was hoping to forge a bond with Trump that most foreign leaders are emphasizing these days as they beat a path to the White House. Trump and Moon were to have dinner Thursday night and hold formal talks Friday.

On the face of it, there's little in common between the brash American-tycoon-turned-populist-president, and a former human rights lawyer who received an elite education but opted for grassroots activism.

Moon's past close association with Roh Moo-hyun, the South Korea's leader who pursued a "sunshine" policy of diplomatic and economic outreach toward the North a decade ago, raises the possibilities of fresh U.S.-South Korean strains.

To symbolize his commitment to the U.S. alliance, Moon planned for first stop on Wednesday to honor Marines who helped evacuate to safety tens of thousands of Korean civilians after one of the fiercest battles of the Korean War. Moon's own parents were among them.

He was scheduled to lay a wreath at a new memorial at a Marines base in Quantico, Virginia, for the 1950 Battle of Chosin Reservoir.

In interviews before his visit, Moon has tried to minimize potential differences with Trump, describing his approach to the North as consistent with the U.S. administration strategy of "maximum pressure and engagement."

The White House is also playing down differences.

Moon told The Washington Post that North Korean leader Kim Jong Un is "unreasonable" and "very dangerous" and that pressure was necessary. But Moon said sanctions alone would not solve the problem, and dialogue was needed "under the right conditions."

A similar message was conveyed by six prominent former U.S. officials on Wednesday, including former Defense Secretary William Perry and former Secretary of State George Shultz. They wrote to Trump, urging him to establish communication with North Korea "to avoid a nuclear catastrophe."

Last weekend, Moon suggested having a unified Korean team for the Winter Olympics due to be held in South Korea next year. That may undermine the U.S. drive to isolate the North, but a senior White House official said Trump was interested in hearing Moon's ideas for potential engagement. The official insisted on anonymity in order to brief reporters on planning for the visit.

Missile defense is another area of apparent U.S.-South Korean disconnect.

Earlier this month, Moon surprised U.S. officials by delaying the full deployment of a U.S. system intended to protect South Korea and the 28,000 U.S. forces based there against North Korean missiles. Seoul's previous government supported the deployment despite local opposition and Chinese objections.

Moon's government has ordered an environmental review before allowing additional launchers for the Terminal High-Altitude Area Defense system. South Korean officials say that does not mean they are placating China or reversing the decision, which risks angering Washington.

The U.S. has stepped up shows of military force near the Korean Peninsula under Trump, and outrage in Washington over North Korea has only grown since the death last week of U.S. university student Otto Warmbier. He had spent 17 months in detention in the totalitarian nation for stealing a propaganda poster and returned home this month in a coma. Three other Americans and six South Korean are still being held in the North.

Moon's visit will not be all about North Korea. He planned to address economic ties that have expanded under a 2012 bilateral free trade agreement. A meeting with U.S. business leaders and addresses the U.S. Chamber of Commerce was on the agenda, too.

During the election campaign, Trump criticized the agreement because of a large South Korean trade surplus for merchandize. The U.S. enjoys a surplus in services exports. Total two-way trade totaled $144.6 billion last year, with the U.S. running a $17 billion deficit.

The White House official said Trump would call for lifting of barriers to U.S. auto sales in South Korea and voice concern over steel exports from China that reach the U.S. via South Korea.