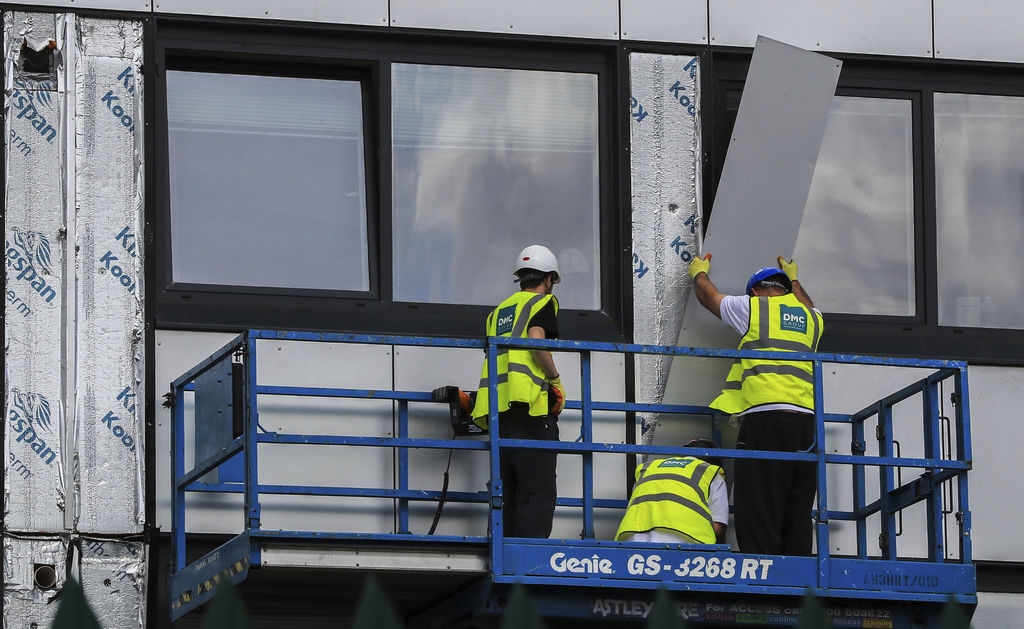 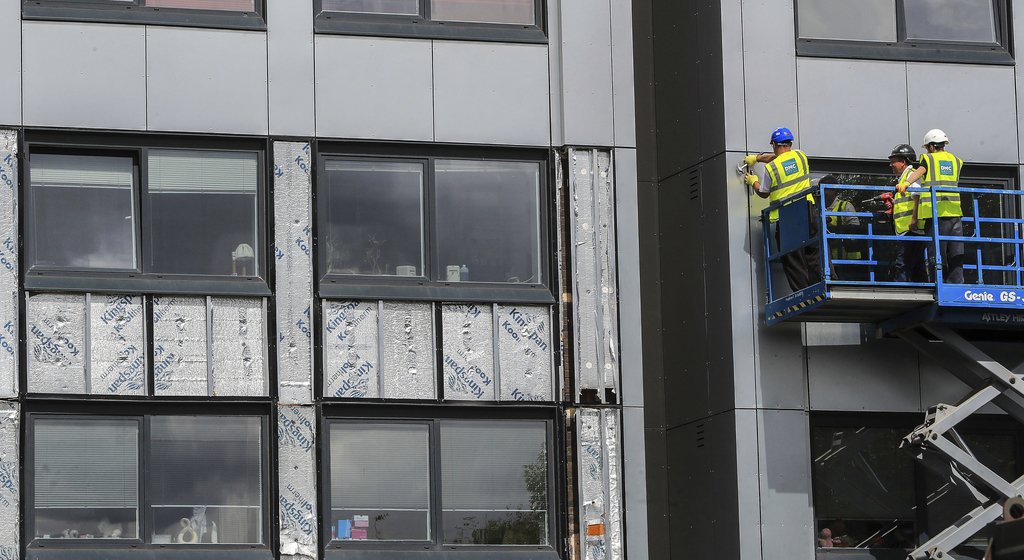 LONDON (AP) — The deaths of 79 people in a London apartment tower have triggered emergency inspections, evacuations and soul searching among British officials who failed to prevent the tragedy.

But fire-safety experts say governments and builders around the world should take notice, because the fire at Grenfell Tower is just the latest in a string of deadly blazes that demonstrate how building regulations have failed to keep up with changing materials and cuts in inspections and oversight mean problems aren't spotted until it is too late.

The Ghost Ship fire in Oakland, California, made headlines in December, when 36 people were killed in a warehouse that had been illegally converted into living spaces and a music venue. In September, 33 people died in a fire at a packaging plant in Bangladesh.

"They are a collective example of how, either intentionally or accidentally, the fire prevention and protection system has been broken," said Jim Pauley, president of the National Fire Protection Association, which develops fire codes used in the U.S. and around the world. "A system that the public believes exists and counts on for their safety — through complacency, bad policy and placing the economics of construction over safety — has let them down."

The aftermath of the Grenfell Tower fire shows that the faults that led to the disaster are not isolated.

The government is scrambling to test panels similar to those used at Grenfell Tower, and has found at least 75 buildings covered in similarly flammable material. Thousands of people have been evacuated from four high-rises in north London after inspectors found fire-safety problems, including faulty fire doors. The city of Birmingham has decided to install sprinklers in all its public housing towers — four years after coroners investigating deadly fires suggested this be done throughout the country.

John Bonney, a former chief officer for the Hampshire Fire and Rescue Service, regrets that it took a disaster to trigger action. Seven years ago, Bonney vowed to improve conditions after two of his firefighters died in a blaze in a high-rise apartment building in Southampton.

"I call it tombstone legislation — it appears after significant losses of life," Bonney said.

The residents of Grenfell Tower didn't realize the danger they faced when they went to bed June 13.

A fire that started in a refrigerator just after midnight quickly spread throughout the 24-story tower. As firefighters arrived, flames were shooting up the outside of the building, trapping residents inside.

"How is that even possible?!" one incredulous firefighter asked in a cell-phone video captured as his engine approached the tower.

While the investigation is still underway, fire experts believe part of the answer may be the aluminum composite material recently attached to the outside of the building.

The material, essentially two thin sheets of aluminum around a layer of insulation, has been used for decades, but its popularity has grown in recent years because it offers a relatively inexpensive way to save energy and beautify buildings.

Experts have warned about risks posed by the panels for years because some varieties use highly flammable plastic foam insulation, which can rapidly spread fires once it ignites, as previously seen in Australia, China and Dubai. Even panels rated fire-resistant can be dangerous if they aren't properly installed.

Bonney argues that rules aren't strict enough and that efforts to tighten fire-safety rules have been stymied by the government's drive to reduce the burden of regulation on business.

"The U.K. has prided itself with having a good fire protection record, so why has that happened?" said Bonney. "One of the reasons is the technology that is now being used in building materials and building fabrics has outstripped the codes and standards in practice."

And the rules that do exist can't be effective if they aren't enforced.

Government statistics show that the number of fire-safety inspections in England dropped by 25 percent from 2011 to 2016. Some 367 people died in fires across the U.K. last year, up 12 percent from two years earlier but still down from the 407 recorded in 2011.

That came as Conservative-led governments reduced funding for fire departments by 30 percent, cutting 10,000 firefighting jobs across the country, according to the Fire Brigades Union. The party has overseen seven years of austerity as it seeks to reduce Britain's debts following the global financial crisis.

Residents of Grenfell Tower complained about fire-safety concerns for at least four years prior to the disaster.

The Confederation of Fire Protection Associations International issued a broad warning after the Grenfell Tower fire that says those who design and build structures should embrace fire protection as a fundamental consideration in their work, even in the absence of strong governmental oversight. The group includes fire-safety officials from 28 countries, including China, India and South Africa, as well as the U.S. and most European nations.

But relying on voluntary commitment to reduce fire risks may not be enough, particularly when all sides involved in a project, from private contractors to local authorities, are trying to limit costs.

For example, among the issues facing Britain is whether to require older high-rise apartment buildings to be retrofitted with sprinklers. Grenfell Tower, completed in 1974, didn't have sprinklers.

Four years ago, the coroner investigating the fire that killed Bonney's firefighters recommended that local housing agencies install sprinklers in all buildings over 30 meters (98 feet) in height. A few months later, another coroner echoed that suggestion, but the government didn't mandate such action.

The Cheshire Fire Authority commissioned a study showing that retrofitting buildings with sprinklers would save lives and be relatively cheap, costing 800-1,700 pounds per apartment.

"In the absence of legislation, persuasion alone has proven an ineffective route to securing sprinkler adoption, and despite campaigning by fire and rescue services nationally, change to legislation continues to be ruled out by decision makers who see this as an added burden on business," the agency said in a 2013 report.

Angela Eagle, a member of Parliament from the opposition Labour Party, laid the blame for fire-safety lapses at the feet of Prime Minister Theresa May's Conservative Party.

"As the leader of a party which is responsible for seven years of austerity . and the leader of a party that has spent its time talking about regulation as a bad thing, is she now going to apologize to the country for the state of local government when the richest borough in London couldn't cope with this emergency?" Eagle asked after May updated lawmakers on the disaster.

The squeeze on resources isn't just happening in Britain. Inflation adjusted spending on local fire protection in the United States fell 4.7 percent from 2010 to 2014 as the population rose 3 percent, according to the NFPA. The number of professional firefighters is down 2.5 percent from its peak in 2013.

And around the globe, high-rise buildings are popping up in developing countries that have historically had far fewer fire-safety regulations and fewer firefighting resources.

Donald Bliss, vice president of field operations for the NFPA, who warned last year that exterior cladding was likely to result in a deadly fire, underscored that materials like those blamed for the Grenfell disaster aren't the only issue.

"When it comes to high-rise buildings the fact that you may be putting large numbers of people at risk means the high rise must have sophisticated fire protection systems and building components in place," said Bliss. "If you don't do that, there will be consequences.

"It means people will die."