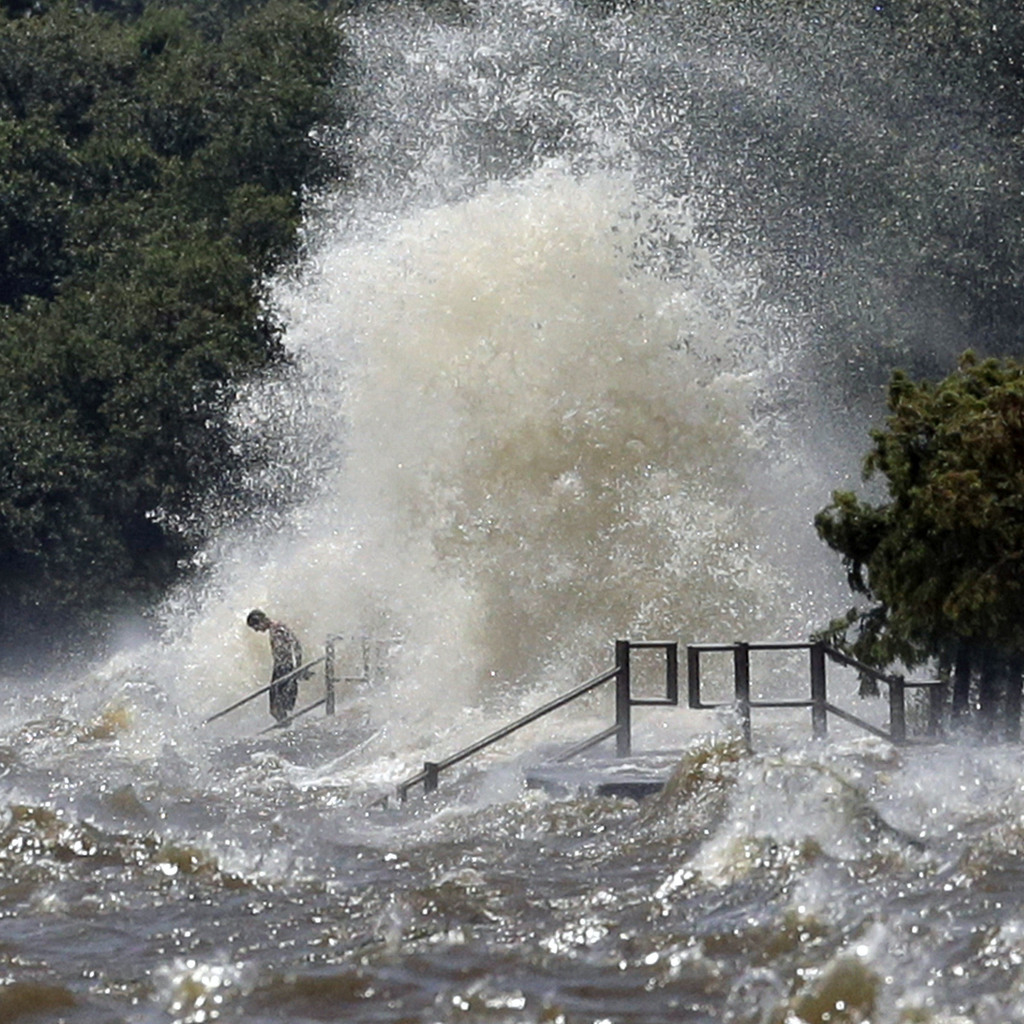 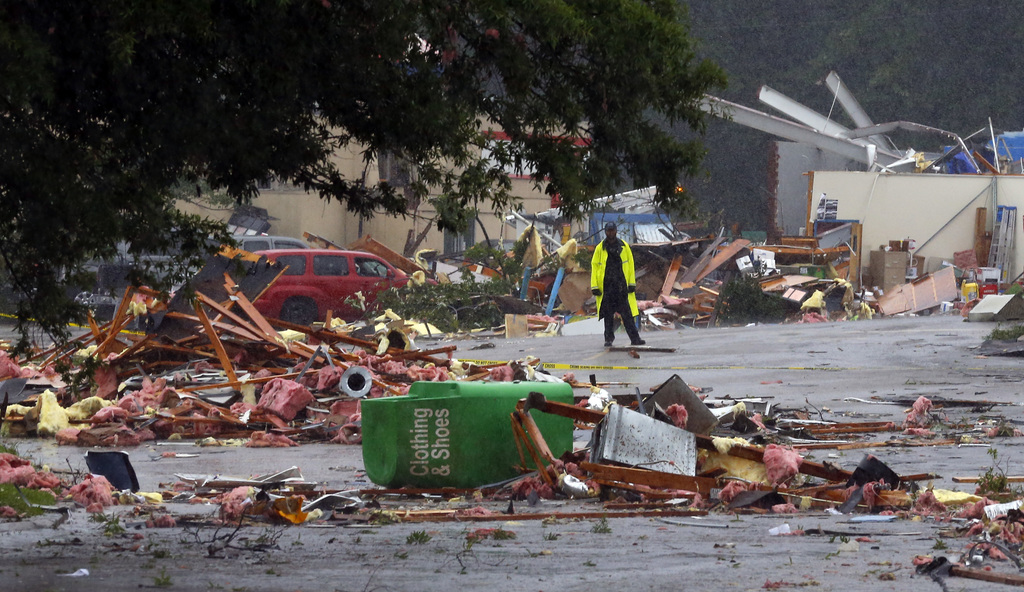 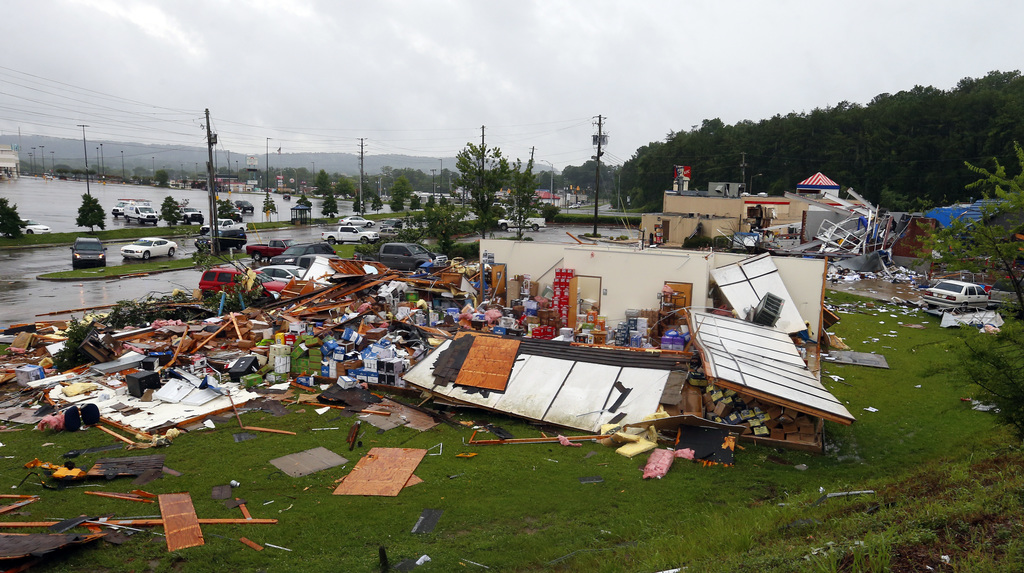 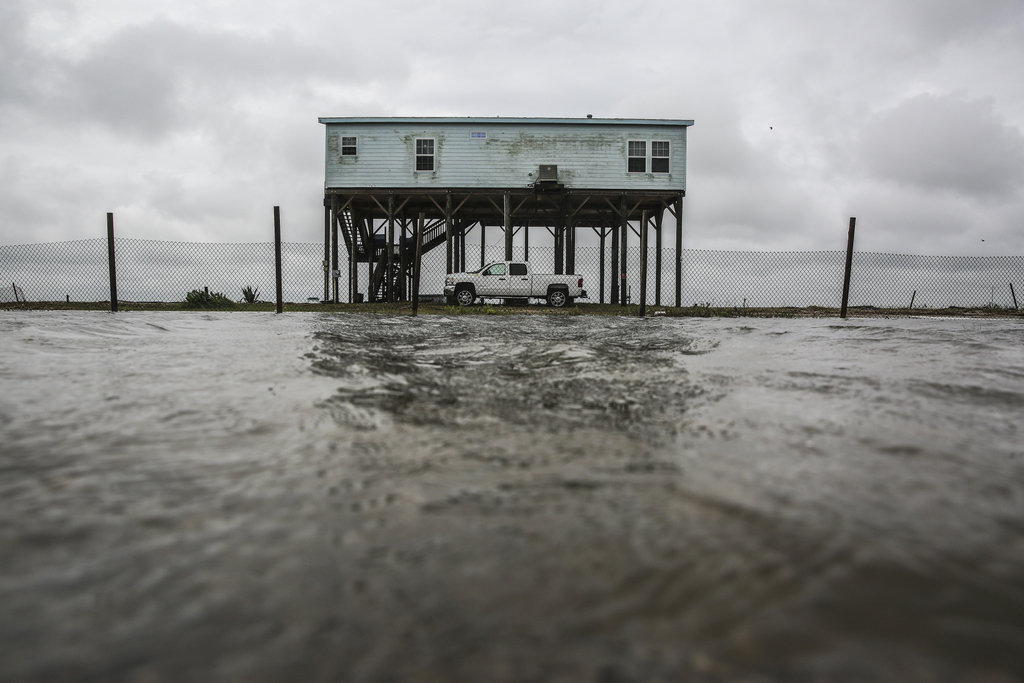 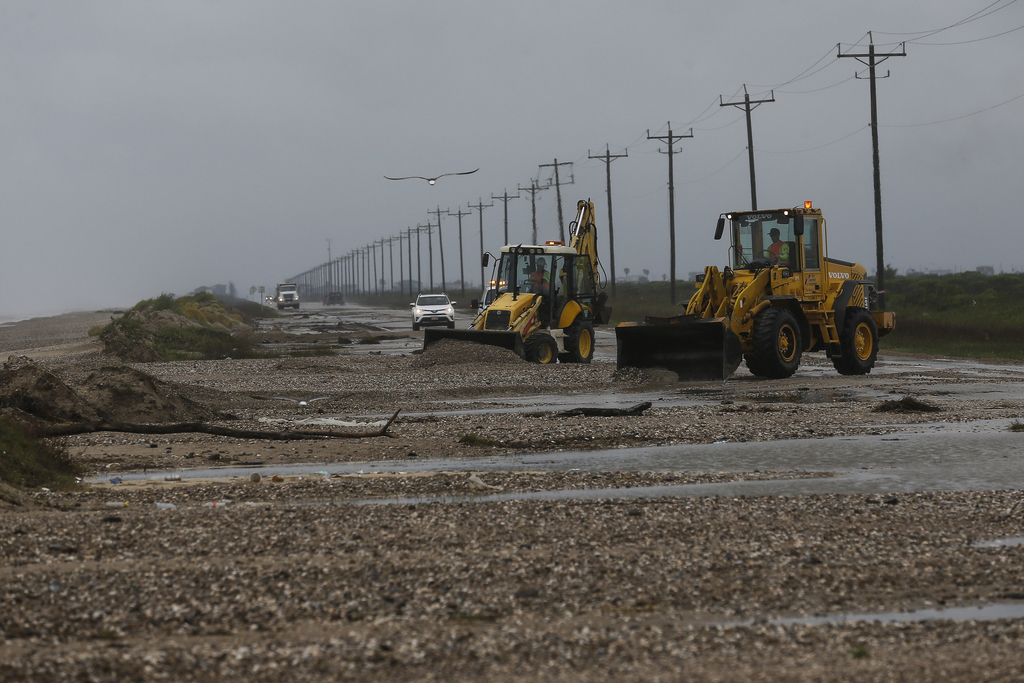 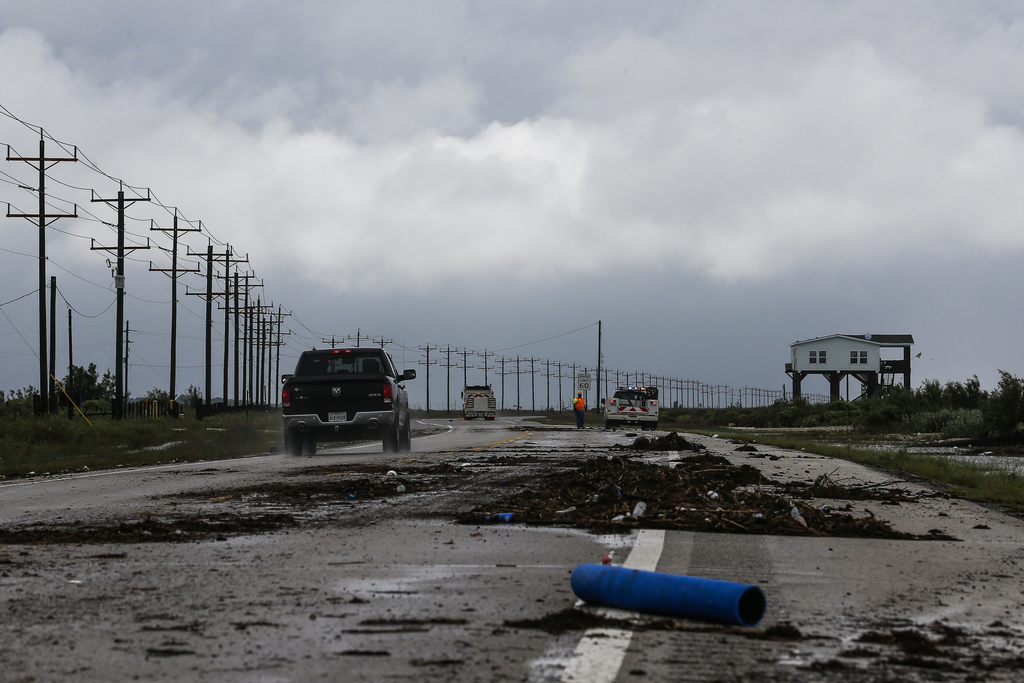 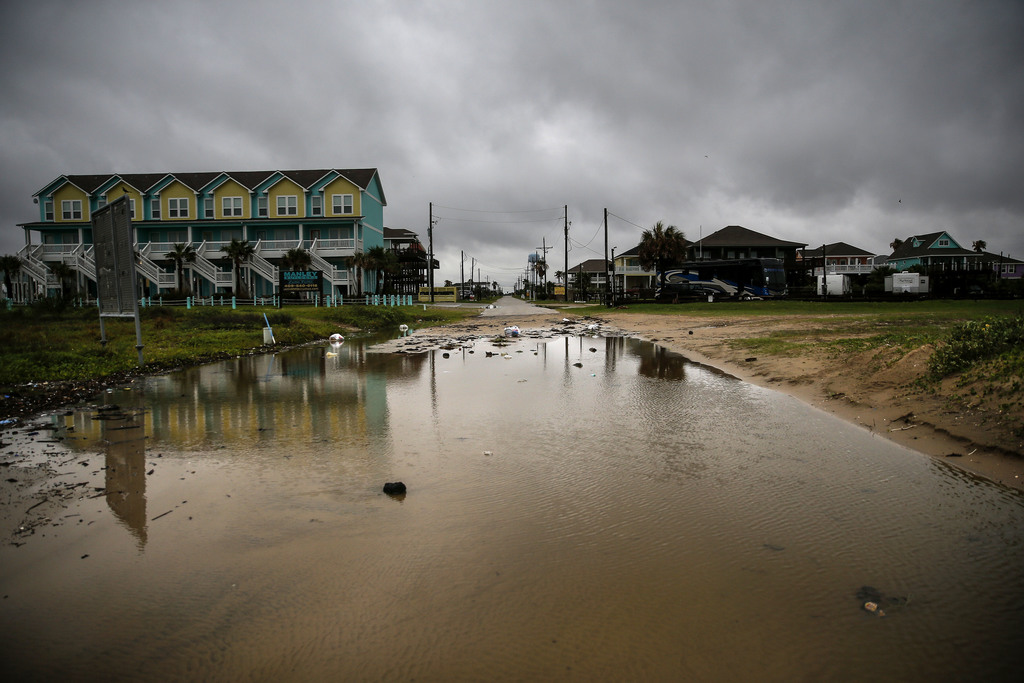 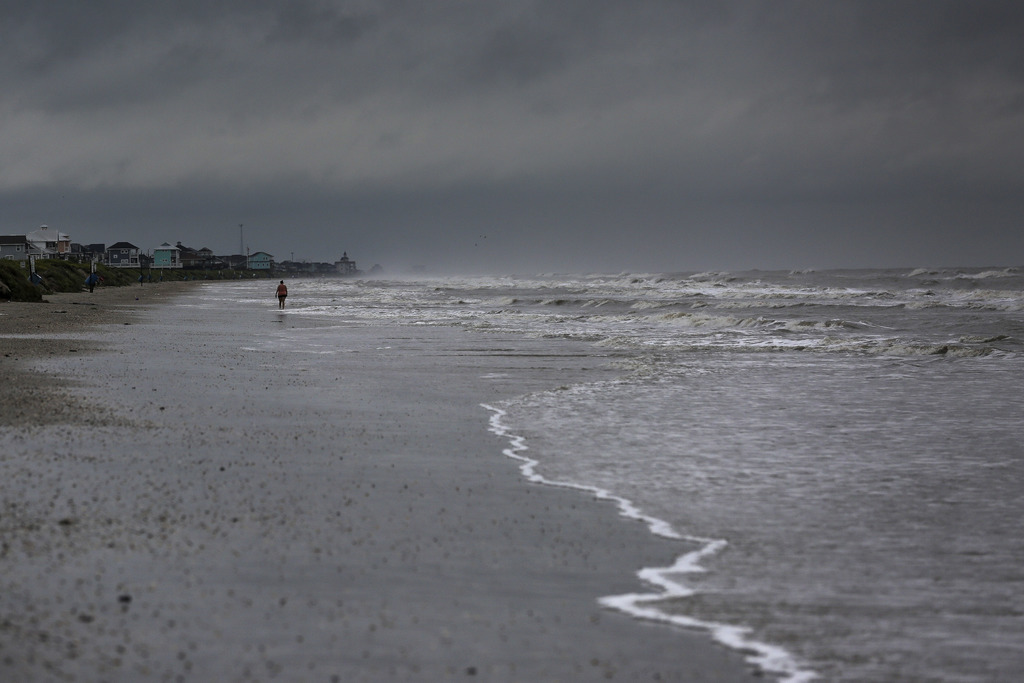 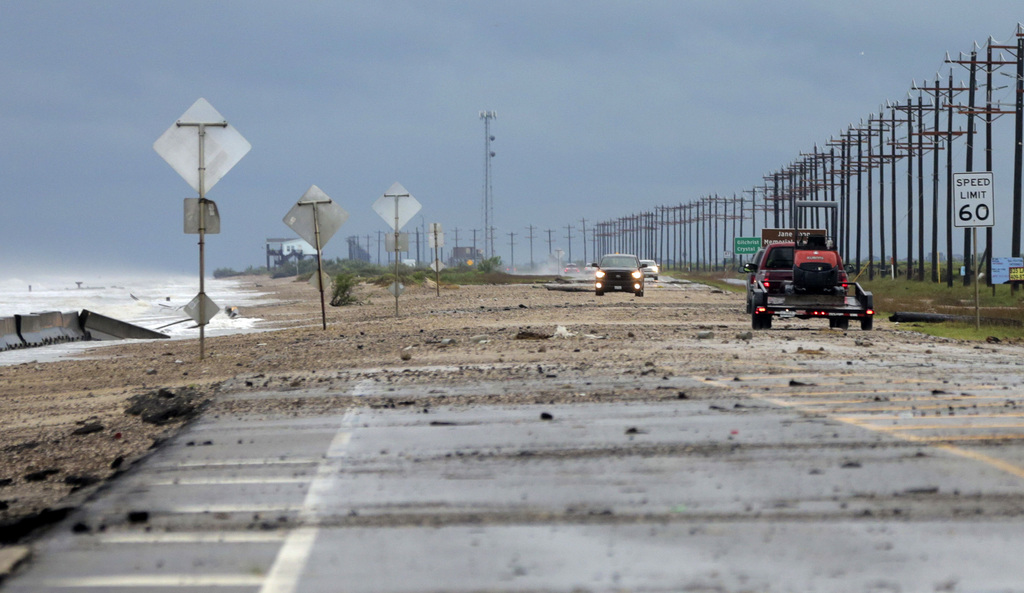 The severe weather was arriving on the anniversary of torrential rains and flooding that left 23 people dead in West Virginia last year.

National Weather Service officials in the three states said rainfall totals of 2 to 4 inches (50 to 100 millimeters) were expected, with isolated amounts up to 6 inches (150 millimeters). Flash flood watches were in effect in much of Kentucky.

"We should have a comfortable weekend coming up if we can just get through tonight and tomorrow," Greg Meffert, lead forecaster in the Paducah office, said Thursday evening.

The Tennessee Emergency Management Agency will be staffing its operations center in Nashville on Friday and Saturday to coordinate any requests for assistance.

A suspected tornado near Birmingham, Alabama, flattened businesses and injured one person Thursday, while the mayor of the coastal Louisiana town of Lafitte urged residents to evacuate ahead of a rising tide — two lingering effects of the weakening system that fueled harsh weather across the Southeast.

Meanwhile, the Gulf Coast was still suffering from the effects of Cindy, a former tropical storm in the Gulf of Mexico that crawled ashore early Thursday near the Louisiana-Texas state line. Downgraded to a tropical depression, Cindy weakened as it crossed Louisiana toward Arkansas but a broad circulation around the system swept moist Gulf air over the South, fueling severe weather and pushing up coastal tides.

As a slow-moving tropical storm that formed Tuesday in the Gulf, Cindy was blamed for one death. Nolan McCabe, 10, of St. Louis, Missouri, was vacationing with his family on the Alabama coast when he was hit by a log washed in by a large wave. Cindy also caused widespread coastal highway and street flooding and several short-lived tornadoes, but no other deaths.