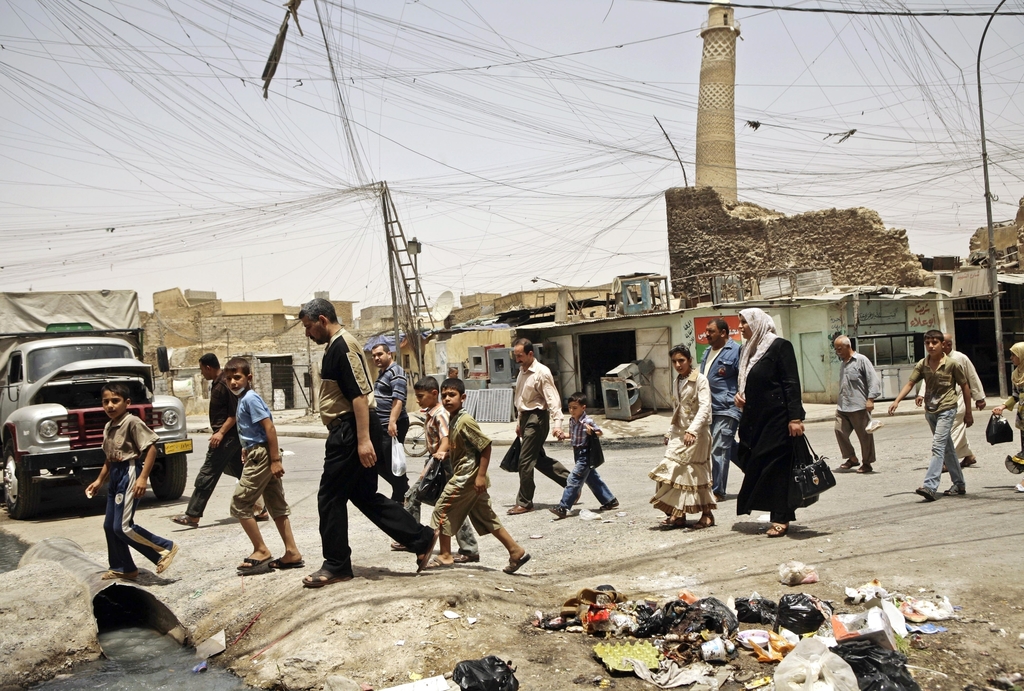 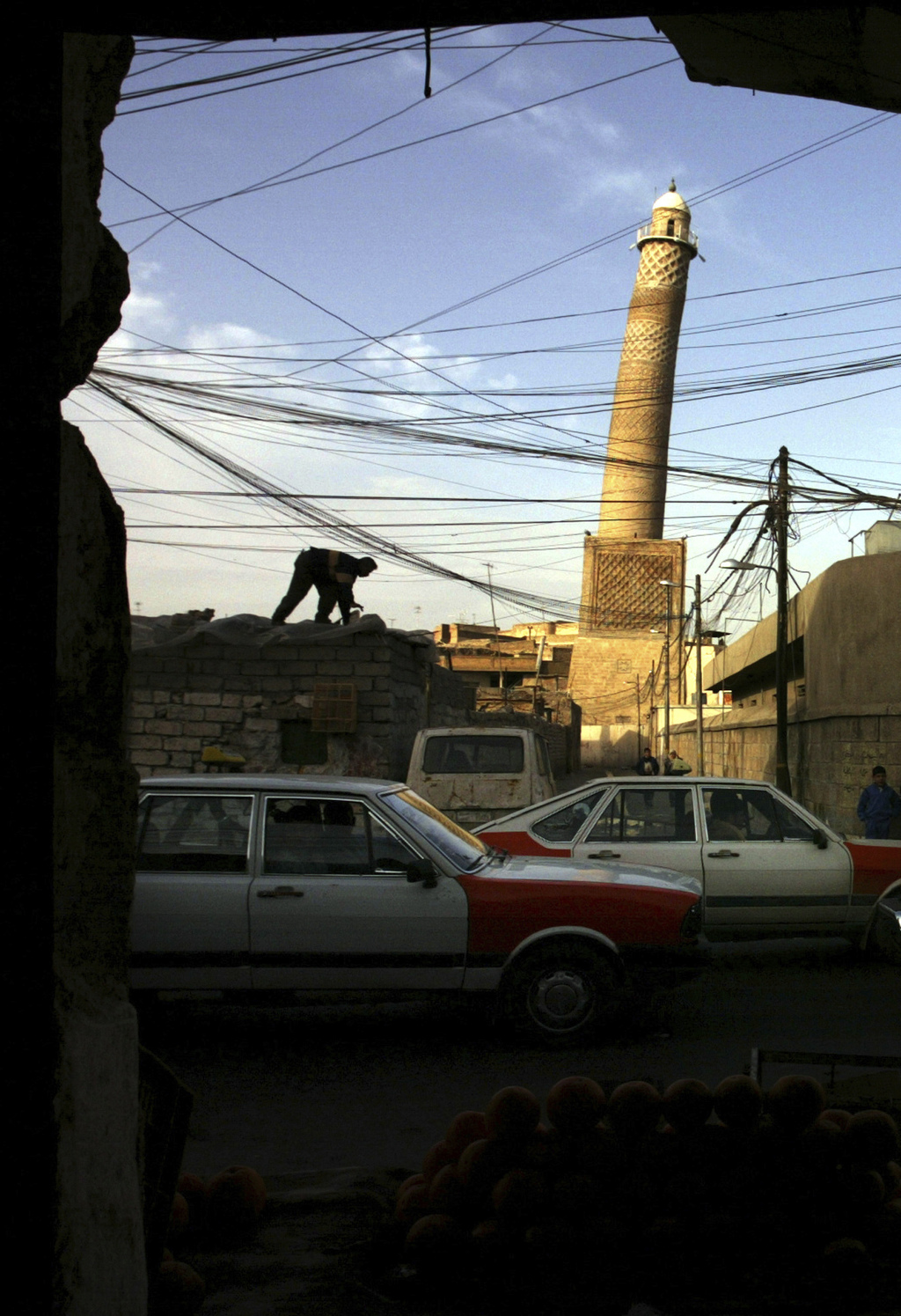 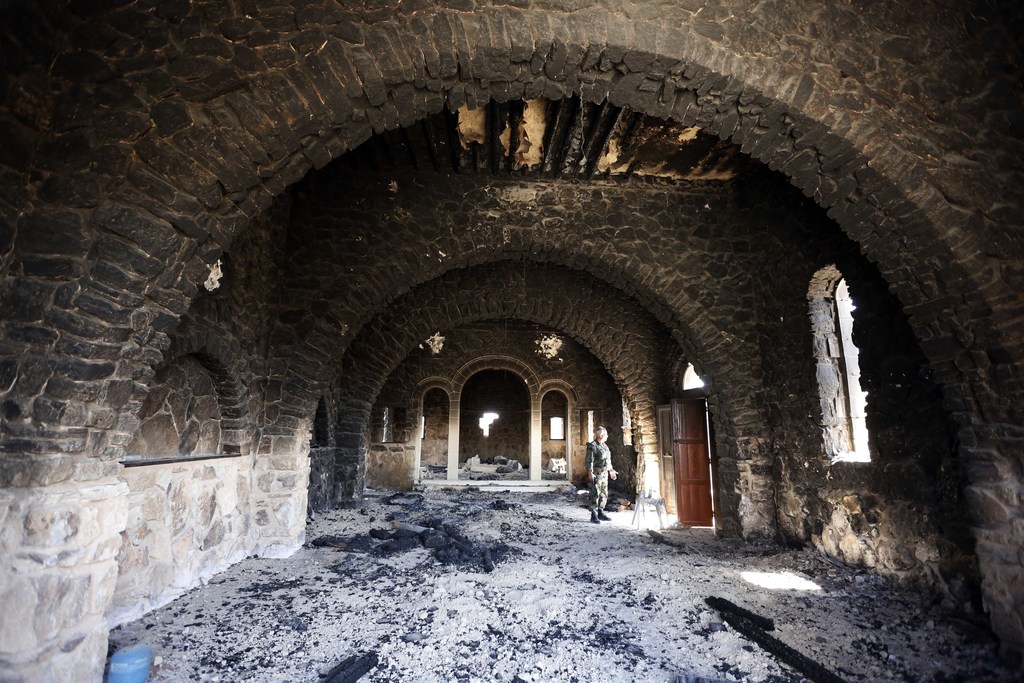 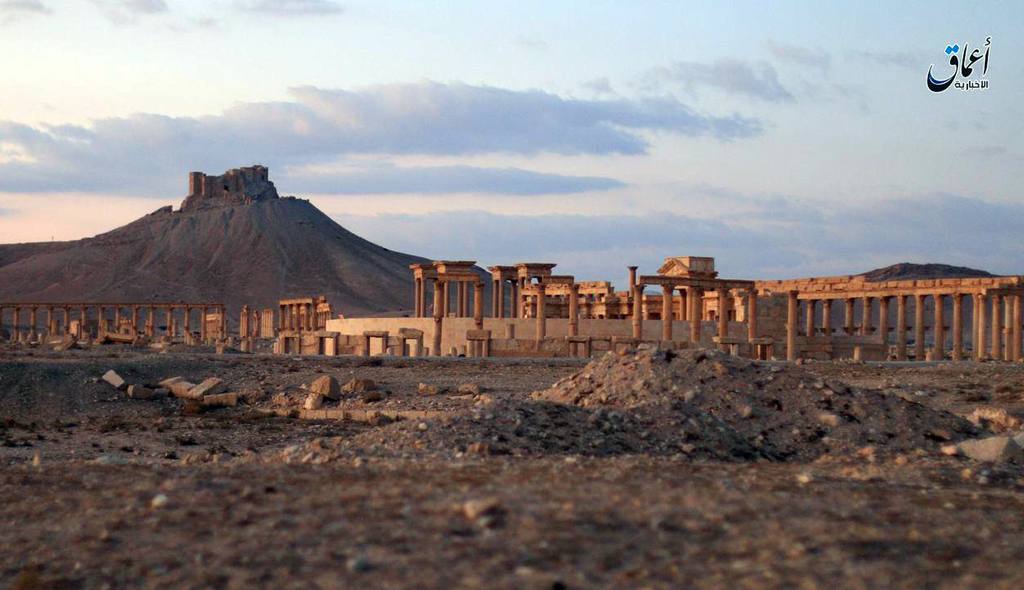 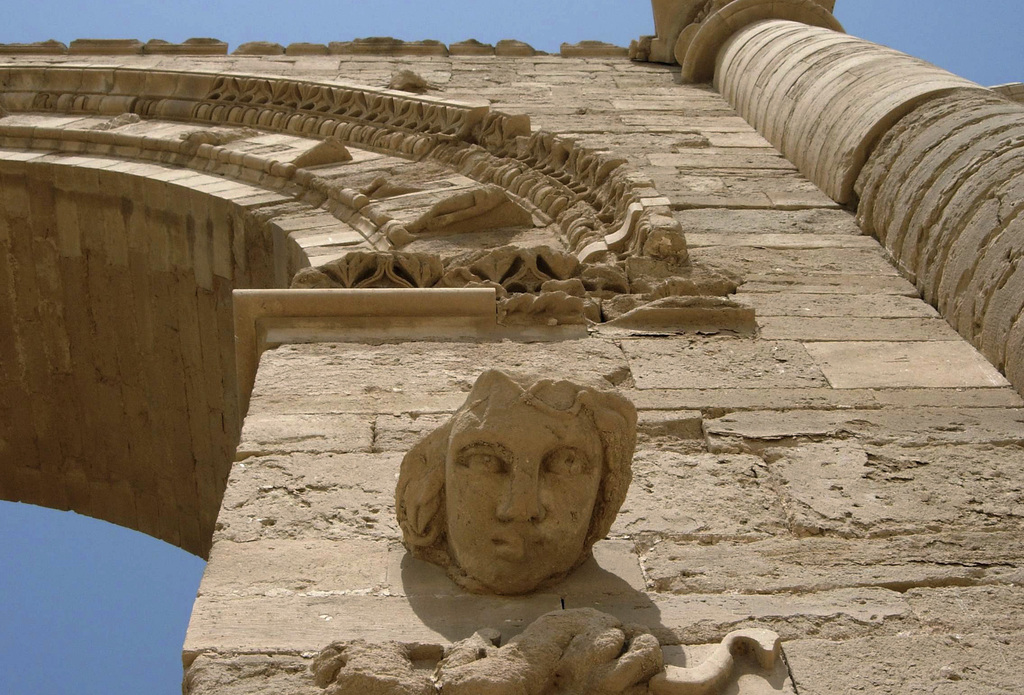 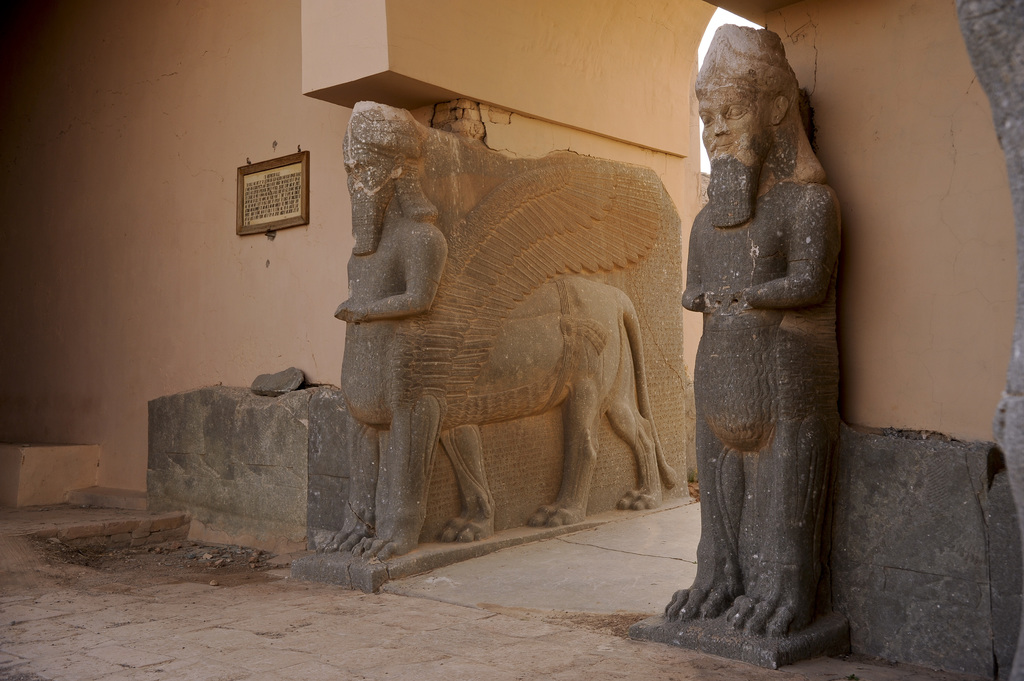 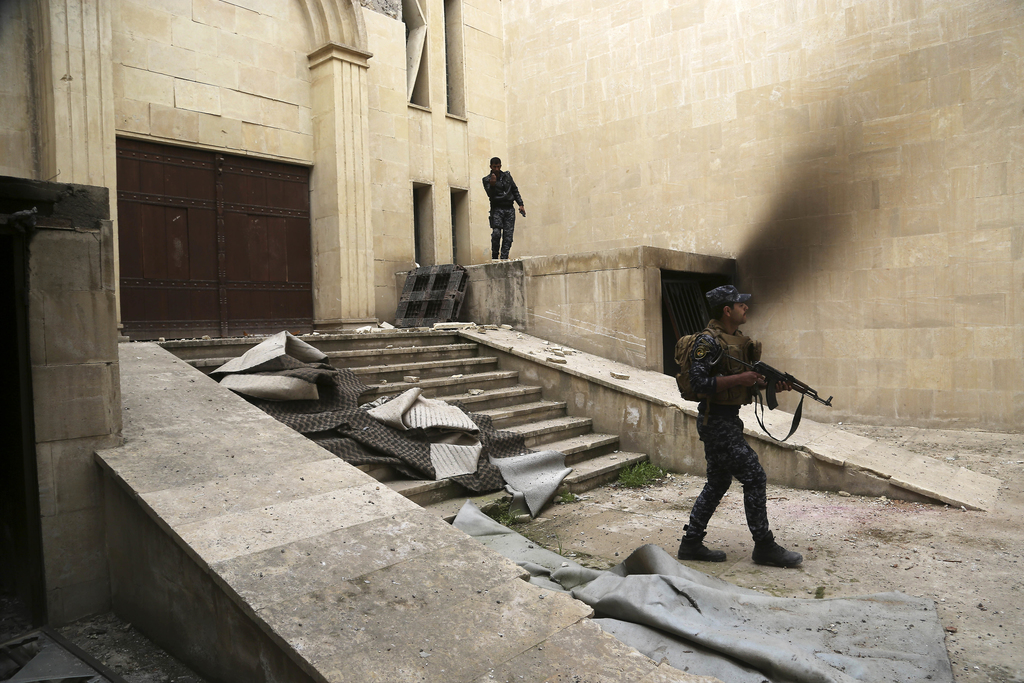 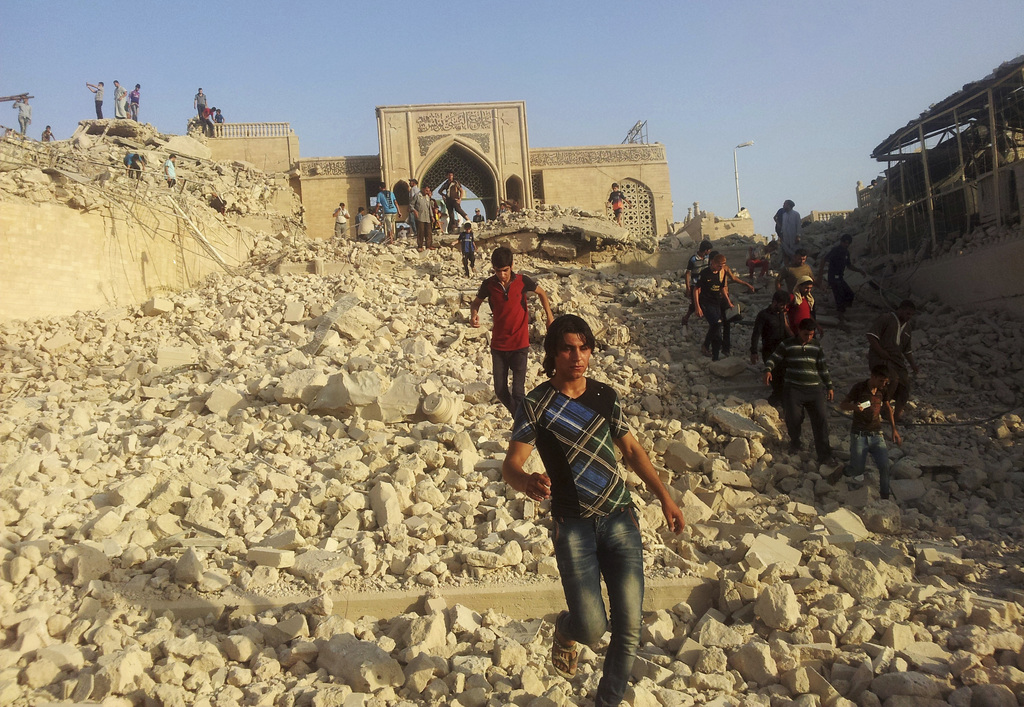 BAGHDAD (AP) — The Islamic State group's destruction of a 12th century mosque and its iconic leaning minaret in the Iraqi city of Mosul is only the latest in a long list of priceless archaeological and other cultural sites that the militants have ravaged.

Here's a look at some of the major sites destroyed by IS in Iraq and Syria, and others under their control:

Mosul's al-Nuri mosque was built during the Seljuk Empire by Nur Al-Deen Zengi (1118-1174), a ruler from the Turkish Zengid dynasty. He reigned from 1146 to 1174 and at that time Mosul was under his control.

The mosque, which is also called as The Grand Mosque, is known of its 56-meter high leaning minaret, resembling the Leaning Tower of Pisa in Italy.

When the Islamic State group rampaged across western and northern Iraq and pushed into Mosul in the summer of 2014, the city's residents saved the minaret by forming a human chain around it when IS fighters initially came to blow it up.

The mosque is also where IS leader Abu Bakr al-Baghdadi delivered a Friday sermon in July 2014, declaring the militant group's self-styled "caliphate" after IS swept and captured large chunks of territory that summer in both Iraq and Syria

The 1,500-year-old monastery in the Homs province of central Syria was destroyed by the Islamic State group in August 2015. The militant group released images showing the demolition of parts of the monastery near the town of Qaryatain with bulldozers.

Syria's historic town of Palmyra — home to one of the Middle East's most spectacular archaeological sites, — has changed hands between Syrian government forces and the Islamic State group four times in the past two years.

During the first time they controlled Palmyra, IS militants destroyed the Temple of Bel, which dated back to A.D. 32, and the Temple of Baalshamin, a structure of stone blocks several stories high fronted by six towering columns. The militants also blew up the Arch of Triumph, which had been built under the Roman emperor Septimius Severus between A.D. 193 and A.D. 211.

In August 2015, they beheaded Khaled al-Asaad, an 81-year-old antiquities scholar who had devoted his life to studying Palmyra. His body was later hung from a Roman column there. They also destroyed a lion statue dating back to the 2nd century which had stood at the gate of the town's museum.

In their second stint in the town, the militants inflicted new damage to the facade of the Roman-era theater and the adjoining Tetrapylon monument.

But it hasn't been IS alone that looted and destroyed Palmyra.

Archeologists have decried the government's overwhelming show of force against the militants, fearing their airstrikes and artillery fire could further damage the monuments. And a 2014 report by a U.N. research agency disclosed satellite evidence of looting while the ruins were under Syrian military control.

Syrian opposition factions have also admitted to looting antiquities to fund their battle against Assad.

Islamic State extremists bulldozed the ruins of this 2,000-year-old city, a day after pillaging Nimrud. A complex of temples south of Mosul, Hatra's thick walls resisted two Roman invasions in the 2nd century A.D., only to crumble under Islamic State's explosives. The militants were driven out of the area, which had been a well preserved complex of temples south of Mosul and a UNESCO World Heritage site.

Nearly 3,000 years ago, this city ruled the Middle East. Islamic State blew apart the remains of its palaces and temples. The statues of winged bulls that once guarded the site were hacked to bits and piled high. Its towering ziggurat, or step pyramid, was bulldozed in a final frenzy of destruction as Iraqi forces closed in last fall. Iraqi officials estimate it's around 70 percent destroyed.

A 1,400-year-old structure on the outskirts of Mosul that survived assaults by nature and man for centuries, St. Elijah's was razed to the ground in August 2014. The monastery, called Dair Mar Elia, is named for the Assyrian Christian monk — St. Elijah — who built it between 582 and 590 A.C. It was a holy site for Iraqi Christians for centuries, part of the Mideast's Chaldean Catholic community. Only track marks remain where the monastery once stood, and the site near Mosul's airport is now under the government control.

The 3rd millennium ancient city of Ashur in Shirqat was the first capital for Assyrian Empire between 14th to 9th centuries BC. The militants destroyed some of it of its ruins, but they didn't release a video as they did with other archaeological sites. Islamic State no longer controls the site, but it is not yet secure enough for archaeological experts to evaluate.

In February 2015, extremist websites showed footage of Islamic State militants with sledgehammers destroying ancient artifacts at the museum in Mosul which they referred to as idols. Iraqi archaeologists say the extremists looted the museum before trashing it. The museum is just across the river on Mosul's west bank, practically within reach of Iraqi forces in the city.

In January 2015, IS militants ransacked the Central Library of Mosul, smashing the locks and taking around 2,000 books — leaving only Islamic texts. Days later, militants broke into the University of Mosul's library. They made a bonfire out of hundreds of books on science and culture, destroying them in front of students.

The 2,300-year-old city overlooking the Euphrates River was a remarkably well-preserved cultural crossroads, a city first founded by Alexander the Great's successors and later ruled by the Romans and various Persian empires. It boasts pagan temples, churches and one of the earliest known Jewish synagogues. Satellite imagery taken last year shows the site pockmarked with holes from pillaging and illegal digs. It also showed hundreds of people conducting illegal excavations.

An ancient city located on the site of Tell Hariri on the western bank of the Euphrates River in Syria's Deir el-Zour province, Mari is believed to have been inhabited since the 5th millennium B.C. It was discovered in the early 1930s. It has also been severely looted by IS.

Experts say these prehistoric settlement mounds in Syria's far eastern Hassakeh province have been looted and destroyed, with artifacts been removed from both sites, and ancient statues — some dating back to the Assyrian period — smashed.