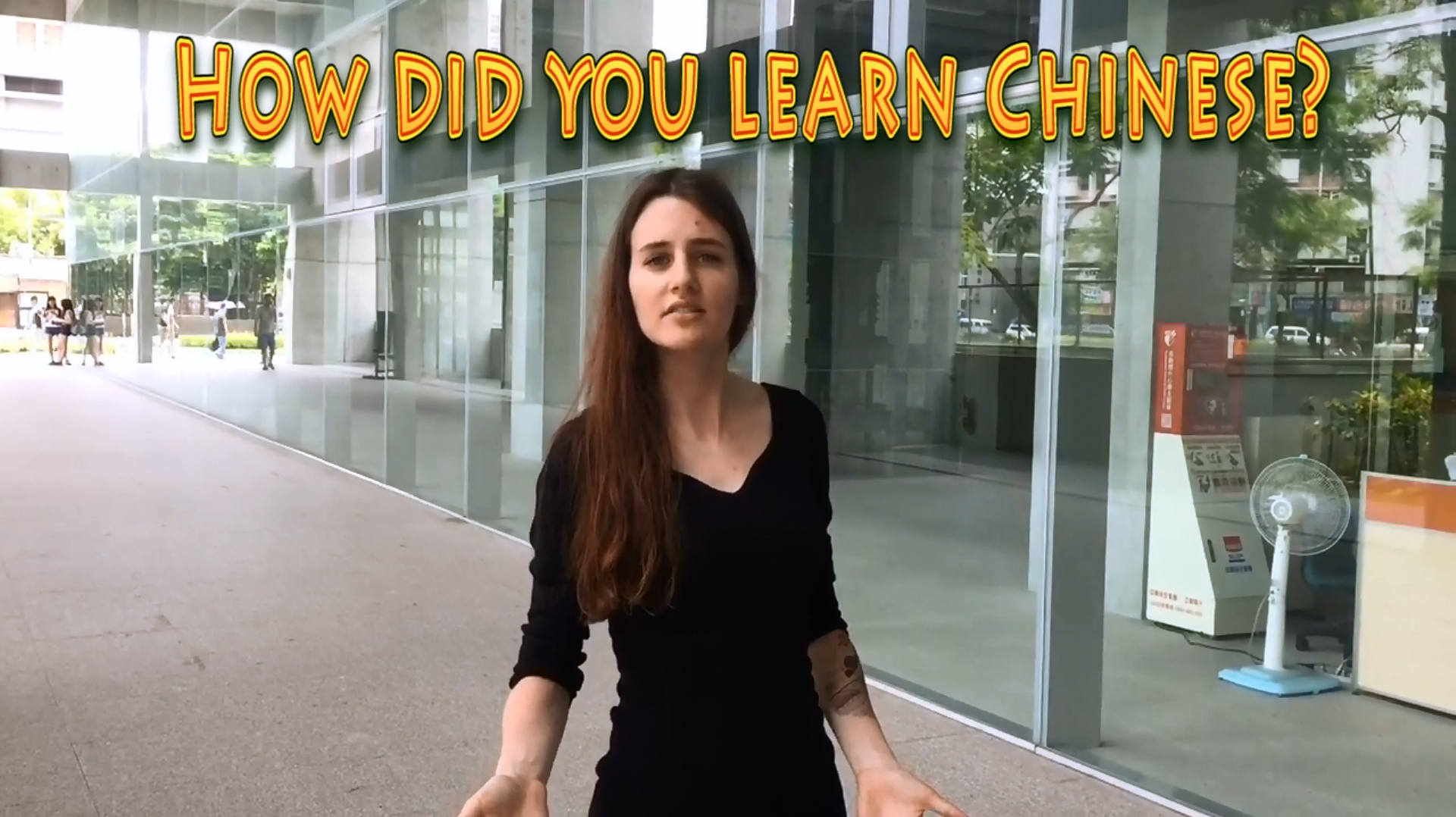 TAIPEI (Taiwan News) -- Many consider Chinese to be one of the hardest languages to learn for Westerner, indeed the Defense Language Institute rates Mandarin a level 4, the highest category on its language learning difficulty scale. Taiwan News went to National Taiwan University (NTU) to find out what strategies foreign students are employing to master the language.

What exactly makes Chinese difficult to learn? Chinese is an entirely different language family (Sino-Tibetan) which, unlike European languages, is based on thousands of characters instead of a simple alphabet. What makes it further difficult is instead of phonetic pronunciation the words are distinguished by four different tones. There are only 400 syllables in the language, and thus there are many homophones, leading to much confusion if a tone and second word is not included to clarify meaning.

The difficulty stems from two different factors: First, the characters themselves are abstract, having diverged greatly from their original pictographic symbols, and thousands need to be memorized for one to become literate. Second, the tonal nature of the language is a very foreign concept to speakers of non-tonal languages.

The following are interviews Taiwan News carried out with some of the foreign students at National Taipei University (NTU). They were asked how long they have lived in Taiwan, their learning techniques and if Chinese is really that difficult for them to learn.

Julie, 23. France:
"I have been in Taiwan for about a year but I studied Chinese in France for five years in college already. I can read and write almost everything, but i think Chinese is a language you never stop learning. There are too many characters, so I have the feeling learning Chinese can be a lifelong process.

It's like facing a wall and you often want to give up. I love the Chinese soap operas on TV and I use them the improve my Chinese. My favorite quote is '笑一笑沒什麼大不了,' which means 'Smile and there is nothing you can't overcome.'"

Yoshitaka, Japan :
"I have been in Taiwan for one year and three months. I think the Chinese Grammar is what makes it most difficult for me. I often construct sentences and still use Japanese grammar.

This is very confusing because Chinese grammar is very simple, but Japanese sentences are often long and more complicated. My teacher often says my sentences are still quite confusing for her to read."

Marc, Czech Republic :
"For me Chinese is really the hardest language I have ever learned so far. From my point of view the tones are definitely the hardest part. They are really messing with my head.

I do a lot of listening exercises to improve my ability to distinguish the tones from each other. I have also made Taiwanese friends and a girlfriend I can speak with."

Kim Guanchun 28 and Cheng Jaewon 23, Korea :
"We have been in Taiwan for about a year now but Chinese is so difficult for us to learn ! Chinese and Korean often sound very similar but writing is a different story.

We think being able to have a conversation is the most important part, so we frequently go out with our Taiwanese friends and try to speak Chinese as much as possible."

"I have been in Taiwan for 8 years already. For me speaking is the hardest part. I am pretty impatient, because I do not like to just be able to use very simple language to communicate.

Unfortunately except for signs on the street or text messages, there is not a lot of Chinese in my everyday life. But I am still very interested in Taoism and I also took classes here in Taiwan. My favorite Quote is '道可到非常道,' which means 'the Tao that can be told is not the true Tao.'"

"I have been here for about 5 months for a language program. For the first 3 months I studied by myself, but since I am attending class learning is much faster. For learning vocabulary I just get a huge piece of paper write the vocabulary down, fold it over and write the words again. I try to make some friends to improve my language ability."

"My mom is from Taiwan and my dad is from Hong Kong. I was born in Taichung, but I grew up in Seattle. I am here to learn how to read and write because me and my friend want to open a business.

My grammar is not so good either; I often use English grammar to construct Chinese sentences. That sounds pretty weird sometimes! But I think my speaking ability is pretty good overall."