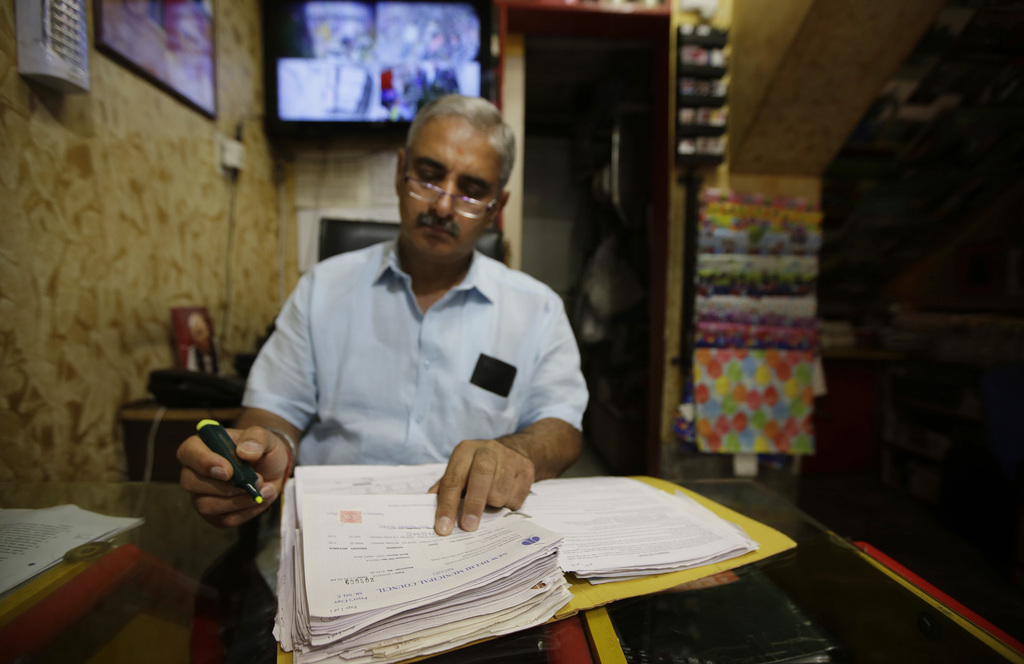 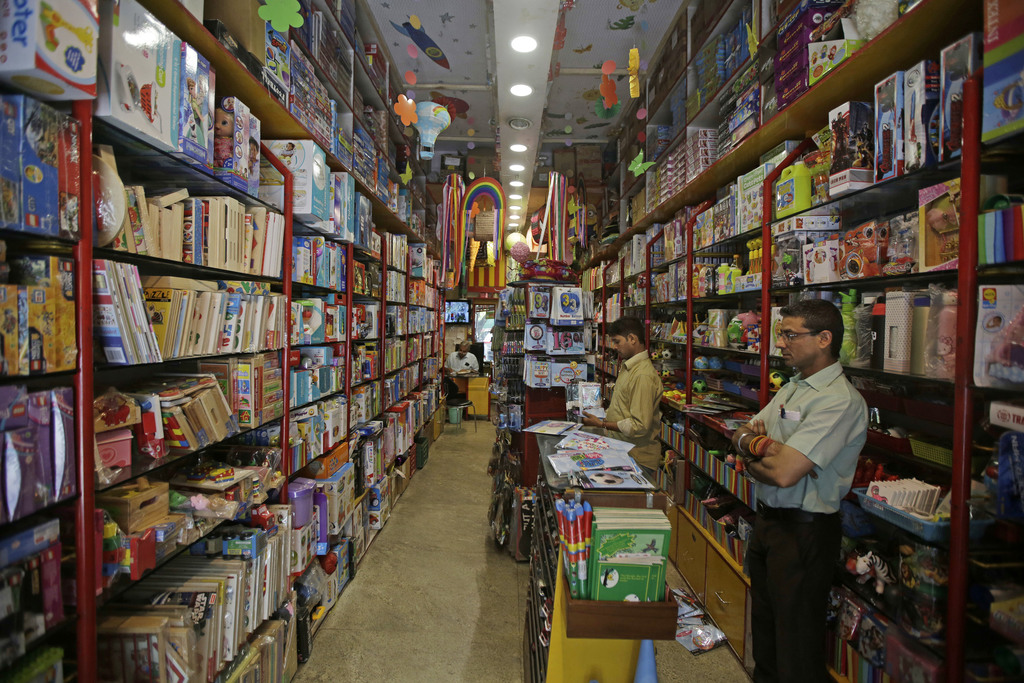 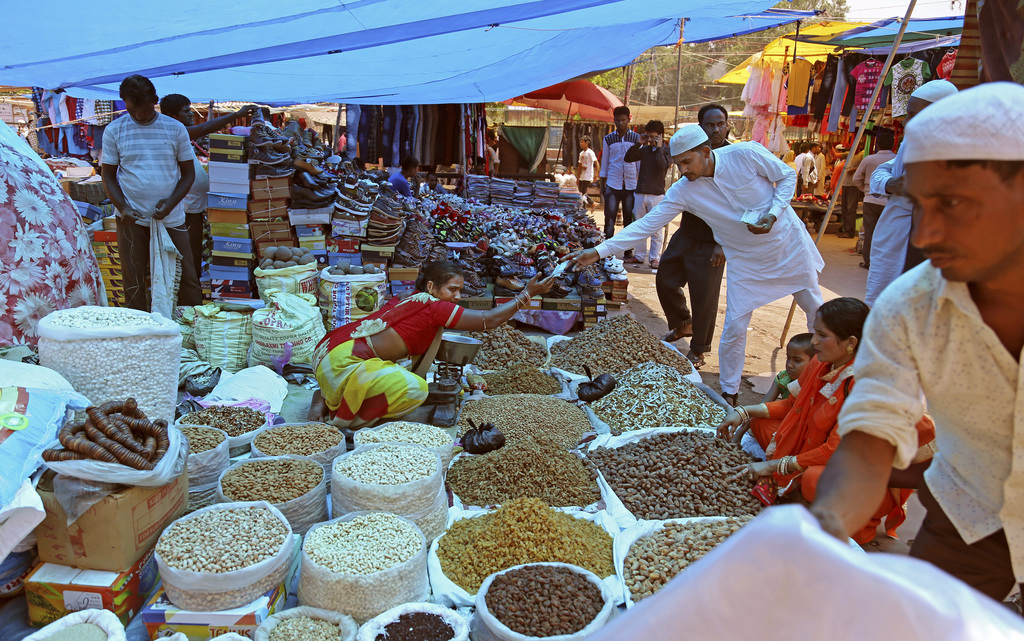 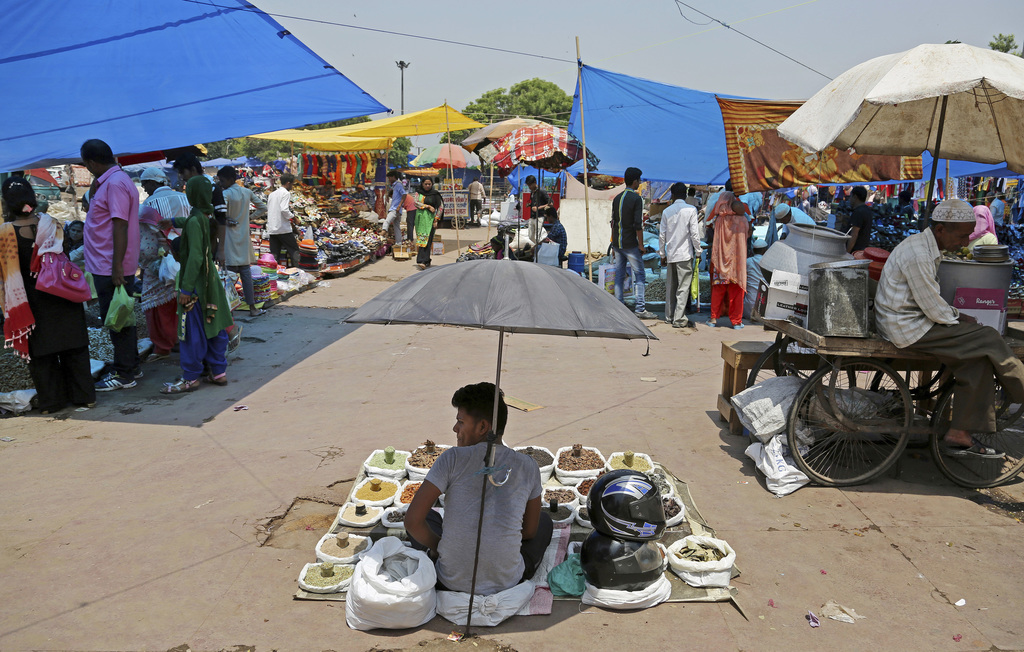 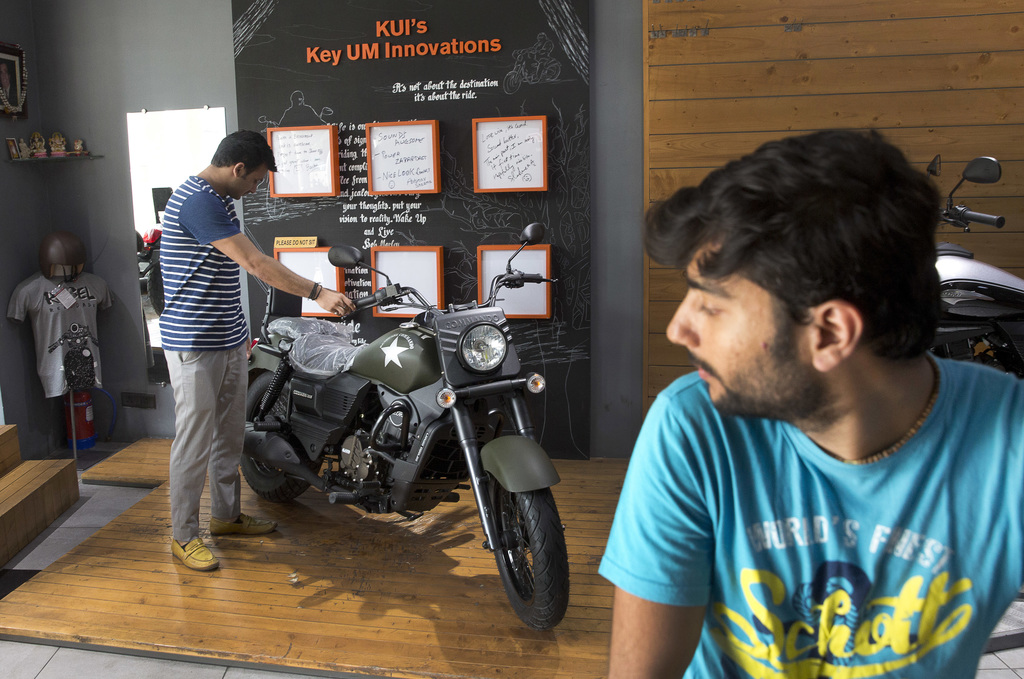 NEW DELHI (AP) — The daily bustle of tourists and shoppers has died down in an upscale market of central New Delhi, but one toy shop owner is still busy poring over the new Indian tax rules that take effect next month.

The new tax regime — replacing the messy mix of state and federal taxes built up over seven decades of Indian commerce — will affect the final price on every board game and baseball bat on sale in Sanjiv Mehra's cramped shop in Khan Market. The government promises that the transition to a single, nationwide tax on goods and services will streamline business and boost the economy.

Mehra is just trying to figure out how it will all work.

"This is such a major tax reform, but there has been little effort to explain how it works to the traders," Mehra said while he and his son sorted through piles of invoices, receipts and price lists, trying to decide how each item should be taxed under the new system.

The government published lists last month for how almost every item on sale in India, from shampoo to tea to automobiles, should be taxed within four broad categories — at rates of 5 percent, 12 percent, 18 percent or 28 percent. It had already ordered all businesses in January to adopt or upgrade cash registers and computer systems so they are able to file tax returns that comply with the new tax regime.

For millions of tiny neighborhood shops that often don't even use a calculator, this technology leap seems nearly impossible, and many hoped the July 1 rollout date would be delayed.

"It's a tough time for small traders like us," the gray-haired Mehra said. "The government says we should all become computer savvy. Then give us the time to do so."

Big businesses are also worried they'll take a hit. Those producing goods to be taxed in the highest, 28 percent bracket — including sodas, shampoos and household appliances — have argued that the new categories are unfair.

"This increase will have a negative ripple effect and hurt the entire ecosystem of farmers, retailers, distributors and bottlers in India," the Indian Beverage Association said in a statement last month.

Unbranded food staples including vegetables, milk, eggs and flour will be exempt from sales tax, along with health and education services. Tea, edible oils, sugar, textiles and baby formula will attract a 5 percent tax.

Luxury items including motorcycles, perfume and shampoo will be taxed at 18 percent or higher. They account for about 19 percent of all taxable items.

India's sales tax reform has been a long time coming.

First proposed in 2003, the idea was bogged down for years in bipartisan debate, with various governments trying to push it forward while opposition politicians dragged it back. Before Prime Minister Narendra Modi and his Bharatya Janata Party came to power three years ago, they were staunchly against the move.

Now, Finance Minister Arun Jaitley and others in Modi's government are promising it will boost the economy by a full 2 percent by making taxation more efficient and bringing small traders into the mainstream economy.

Jaitley has acknowledged that there may be "teething troubles" with many businesses as well as state governments still scrambling to get ready. But he assured that the effort would eventually help reduce rampant tax evasion.

Overall, financial analysts agreed. Applying uniform sales taxes should draw more revenue without singling out any classes or sections of society. Only 12.5 million Indians — or 1 percent of the population — pay income taxes. Many evade taxes by hiding profits within antiquated accounting systems, while hundreds of millions are simply too poor and don't earn enough to qualify as income tax payers.

With the new Goods and Services Tax, or GST, "we can expect indirect tax collection to increase by 30 to 40 percent," said tax adviser Suresh Rohira, a partner at Grant Thornton India, a consulting firm in Mumbai.

Some will necessarily suffer. Manufacturing centers in the states of Maharashtra, Tamil Nadu, Andhra Pradesh and Gujarat are bracing for losses as taxes are charged at the point of consumption, though the federal government said it would reimburse those losses for five years.

Most of India's 29 states have passed local laws to implement the new tax regime, but some have pleaded for more time. The government last week dismissed that idea, but at least one industry grouping — the Associated Chambers of Commerce and Industry of India — urged a delay, saying the government's own computer networks were not yet ready for the change.

The Finance Ministry said that preparations were on track for implementation on July 1, but that authorities would show leniency on businesses filing online until Sept. 1

In some parts of India, business associations are holding workshops for small and medium businesses on how to get ready for the new regime.

"Nobody can anticipate all the problems in implementing such a major overhaul," said economist Rajiv Kumar of the Pahle India Foundation, a New Delhi-based think tank.

Indian businesses are also still recovering from the government's snap decision to remove 86 percent of its currency from circulation overnight on Nov. 8. In the months that followed, India replaced the old currency notes with newly designed bills. But the move caused chaos within the country's cash-dependent economy, hurting industries like construction and tourism, and hitting poor people the hardest.

Still, Kumar said India was right to push forward with the new tax regime, even if it was painful.

"Traders will not willingly accept any regularization of their business activities," said Kumar, a former economic adviser to the Finance Ministry. "Given the magnitude of the reform, the way forward is to take the plunge — implement the GST — and deal with the problems as they come up."