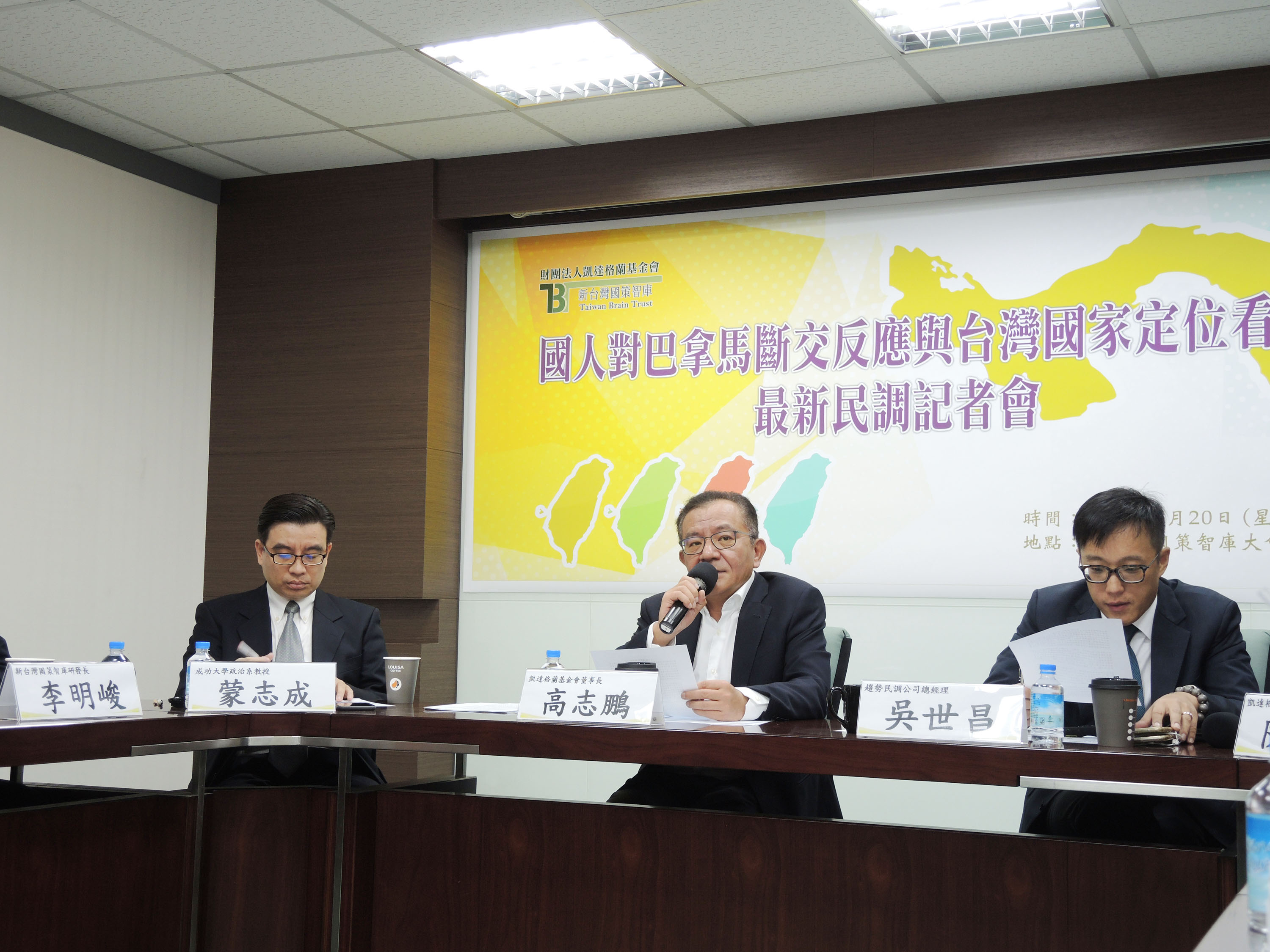 TAIPEI (Taiwan News) – Support for a different China policy peaked after Panama switched recognition from Taipei to Beijing on June 12, according to the findings of a poll released Tuesday.

The Latin American country, which had had official ties with the Republic of China since its founding more than a century ago, suddenly announced last week it was recognizing China, leaving Taiwan with only 20 diplomatic allies.

Two third of Taiwanese supported adaptations to President Tsai Ing-wen’s (蔡英文) promise not to change the status quo in cross-straits relations, while more than half wanted Taiwan to turn into an independent country, according to the survey conducted by Trend Survey and Research Co., Ltd. (趨勢民意調查公司) at the behest of the Taiwan Brain Trust (新台灣國策智庫).

As to the motives behind the Panama break, 46.3 percent said China was breaking its promise of peaceful development of cross-strait relations and imperiling the status quo, while 35.5 percent said Tsai’s refusal to accept the “1992 Consensus” that there was one China was behind the switch.

If the president decided to adapt her promise of maintaining the status quo in relations with China, 65.4 percent said they would support her, while if it were impossible to hold on to the status quo, then 54.8 percent said Taiwan could be independent to become a country, the poll found.

The break with Panama had a negative influence on relations with China, said 58.7 percent of poll respondents. A total of 51.1 percent were worried that some of the remaining 20 diplomatic allies might also soon drop Taiwan in favor of China.

The notion that Taiwan should become a “normal” country was supported by 88.2 percent of respondents, 75 percent said China and Taiwan were already separate countries, 55.4 percent supported constitutional change to give the country its proper name, and 75.8 percent said the island should use the name of Taiwan to join the United Nations.

The opinion survey consulted 953 people successfully on June 17 and 18, with a margin of error of 3.2 percent, the Taiwan Brain Trust said.