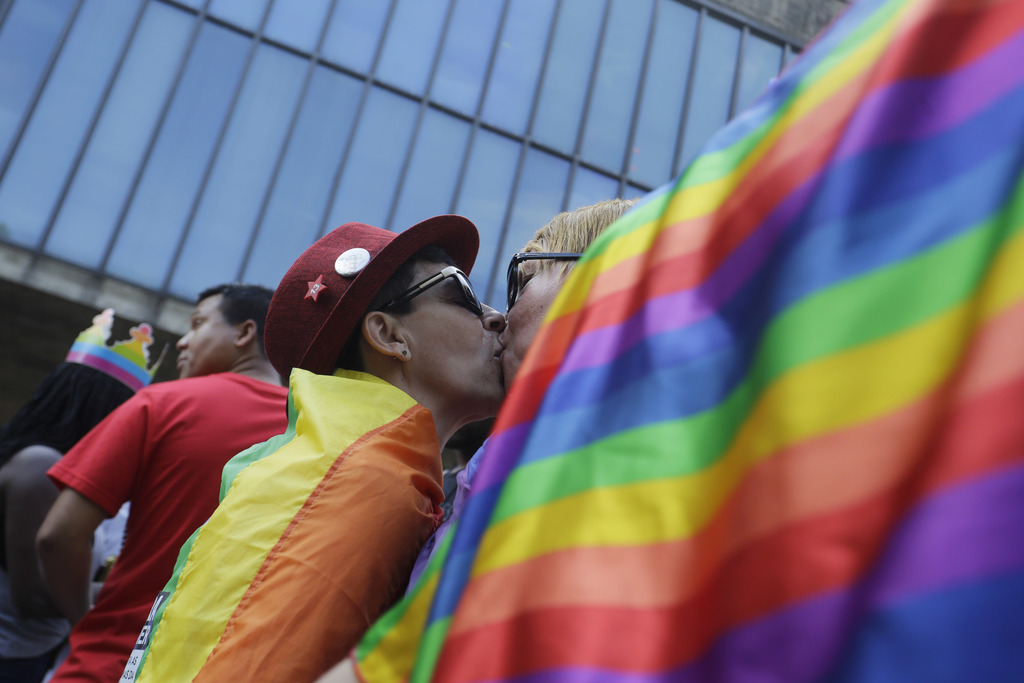 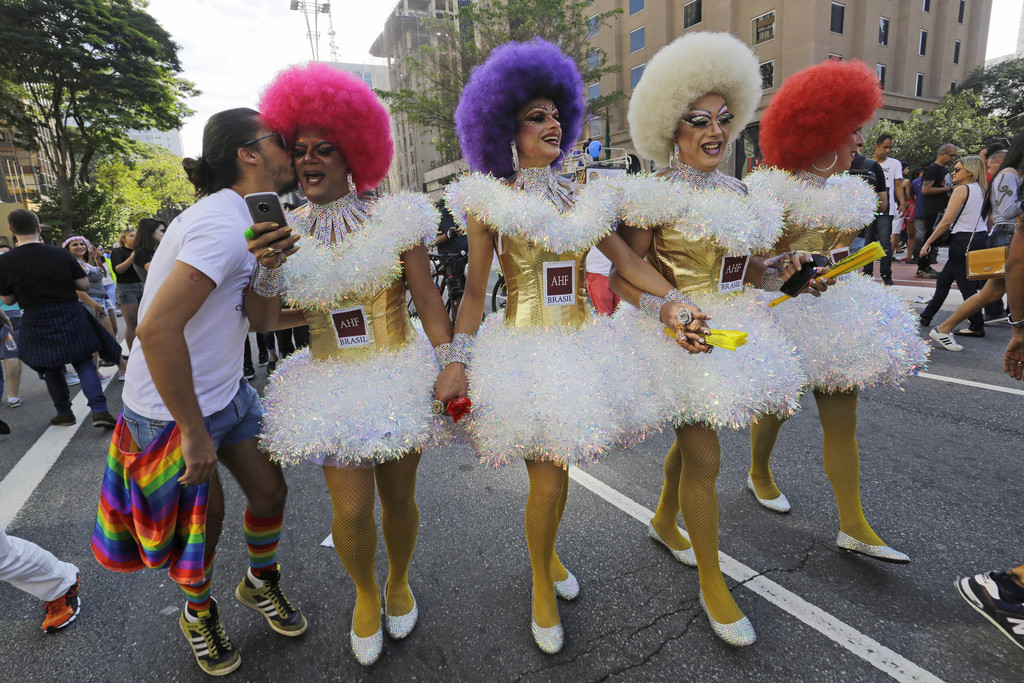 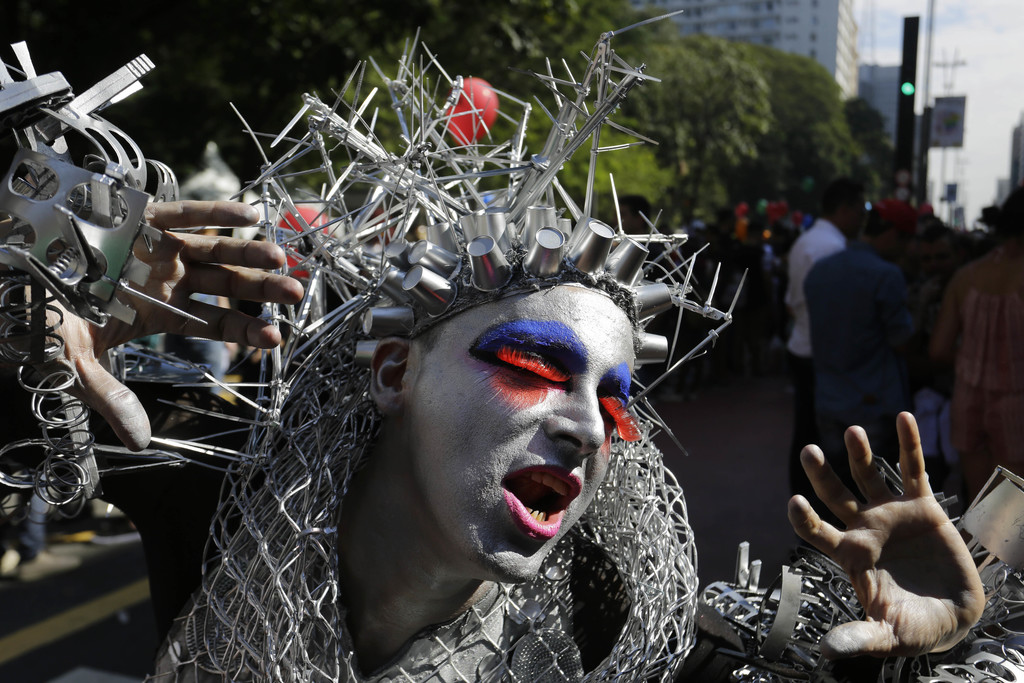 SAO PAULO (AP) — Hundreds of thousands of people are gathering in the Brazilian city of Sao Paulo for one of the world's largest gay pride parades.

The revelers have packed the city's Paulista Avenue before Sunday's parade. Some are helping hold up a gigantic rainbow-colored flag symbolizing LGBT rights.

The parade this year focuses on secularism and the idea that no religion is law regardless of people's individual beliefs.

Claudia Regina is president of the gay rights group organizing the parade.

She says on the event's official Facebook page that "our main enemies today are religious fundamentalists" and says some groups insist on condemning LGBT people and "removing rights that we have already obtained."