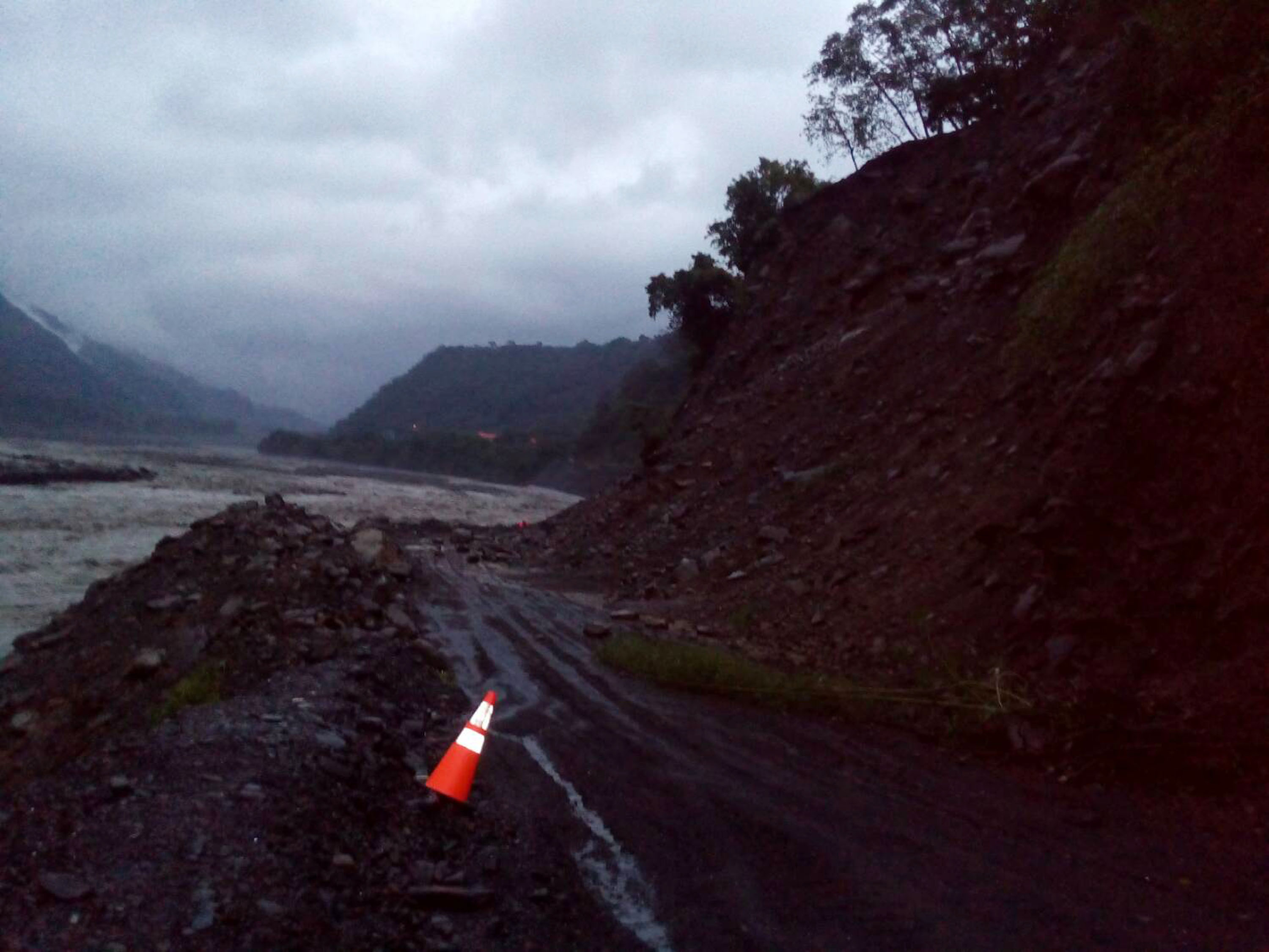 TAIPEI (Taiwan News) – Torrential plum rains battered Taiwan again Saturday, with landslides and damaged road reported from Changhua County in the center to the mountainous parts of Kaohsiung City in the south of the island.

A first period of plum rain more than a week earlier caused at least two deaths and extensive damage to roads and crops from the north coast to the far south, fueling fears that the current “rain bomb” would also cause widespread flooding.

On Saturday, more than 30 domestic flights were canceled and there were reports of landslides and flooding from several parts of the country.

Initial fears that several residents had been buried alive by a landslide near Huatan (花壇), Changhua County, Saturday proved premature, as the rocks and mud buried water tanks and landed on a roof. The residents ran outside as soon as they heard the landslide rumble closer around 2 a.m., reports said.

In another part of Huatan, the side of a road over a length of almost 30 meters fell away into the neighboring field due to excess water seeping through the ground. While waiting for repair crews to show up, residents put up planks and branches to prevent passersby or vehicles from falling into the hole.

Flooding was also reported from the main road between Huatan and Changhua City, and in the historic town of Lukang (鹿港).

In the mountain districts of Taoyuan, Liugui and Namaxia, areas of Kaohsiung City frequently hit by typhoons, more than 1,200 people had been evacuated as a preventive measure Saturday.

Landslides were reported in several locations and roads had been temporarily closed, while residents and visitors were discouraged from venturing into the mountains.

Similar problems were also reported from another favorite destination of hikers and tourists, Alishan (阿里山) in Chiayi County.

While rain was expecting to continue islandwide, the Central Weather Bureau said Taichung, Nantou, Chiayi, Kaohsiung and Pingtung would suffer the most from the plum rain.

Unstable weather and heavy rain would remain highly likely until the end of June 20, with temperatures rebounding on June 21, followed by about five days of hot weather, with temperatures of 35 degrees in the north, forecasters said.