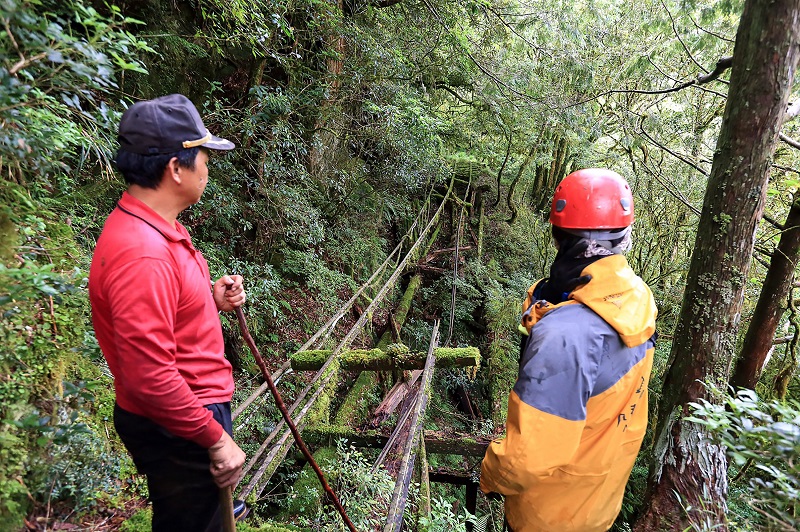 TAIPEI (Taiwan News)--A rescue team set out on Thursday for a mission to search and rescue a mountaineer who became trapped in high mountains with a broken leg and no food to eat after a 30-day expedition of hiking alone through a treacherous area in the Central Mountains in northeastern Taiwan.

The mountaineer surnamed Lee had been hiking from a giant rock, which is said to be a sacred place for the Atayal tribe, near the border of Nantou County and Hualien County, towards a deserted Japanese-built logging railway station called Ha-Lun (哈崙) in the deep mountains of Hualien County, according to a rescuer nicknamed “Snow Ram.” The route cuts through a densely vegetated and rarely visited area and there is no trail to follow, Snow Ram said, adding that it is sheer adventure.

Lee has the experience of completing a 47-day Central Mountain Range expedition; this time, even though he brought a GPS device with him, it was washed away by floods as he encountered days of torrential rains during this trip, according to Snow Ram.

Lee, who had lost contact with the outside world for 30 days, used the last remaining battery power in his cell phone to make distress calls on Wednesday after suffering from injuries in his lower leg. Lee told the dispatcher that he fell into a valley and broke his lower leg, which made him unable to walk. He said he crawled all the way up to the ridge to wait for rescue, adding that he had consumed all his food and was worried about getting hypothermia. Hualien County Fire Department Captain Wang Ming-chung (王明忠) said the location where Lee is being trapped is presumably on a ridge to the west of the Ha-Lun station at an elevation of 2,400 meters above sea level.

The rescue team consisting of seven people set out to search for Lee from Shoufeng Township, Hualien County on Thursday morning in spite of the rain.

Wang said that it will take five days to reach the location where Lee is being trapped by walking and as the visibility is low in the mountains due to the rainy weather, it is impossible to airdrop food and other materials to Lee.

According to the weather forecast, there will be rains in the mountainous area in the next few days, so Lee will have to be able to endure until the weather turns mild to be airlifted, he added.