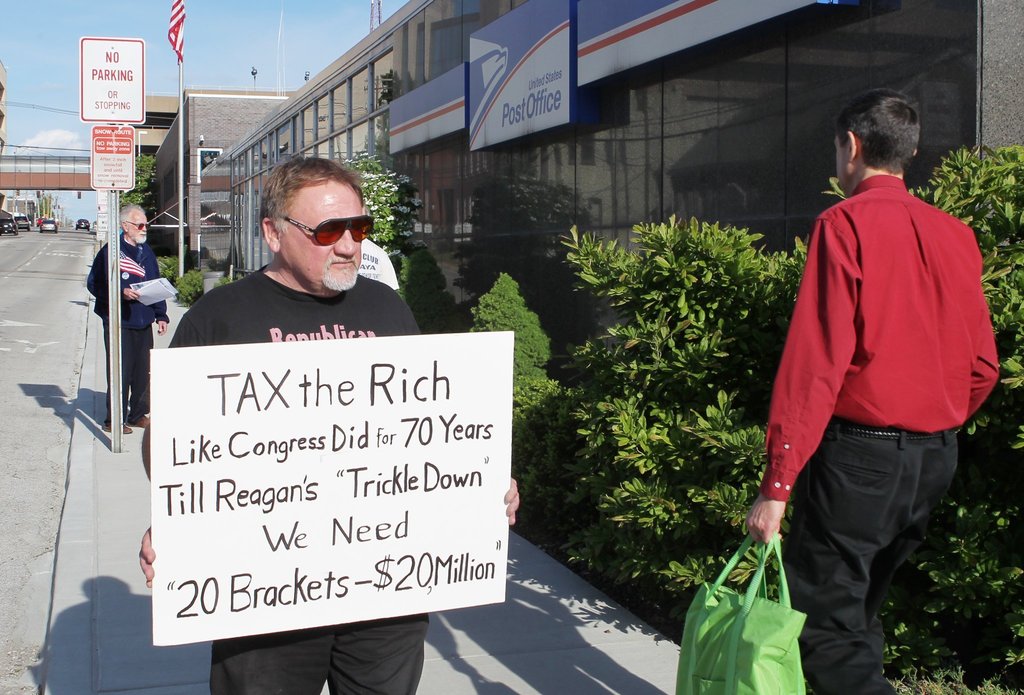 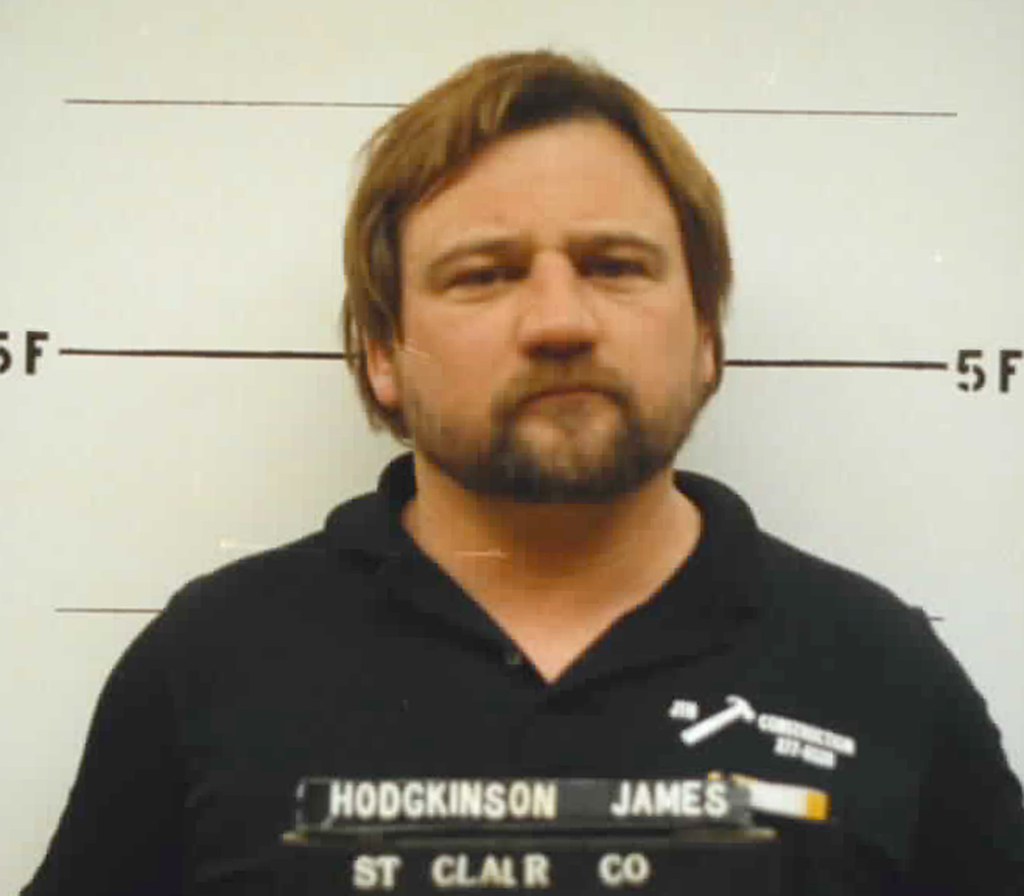 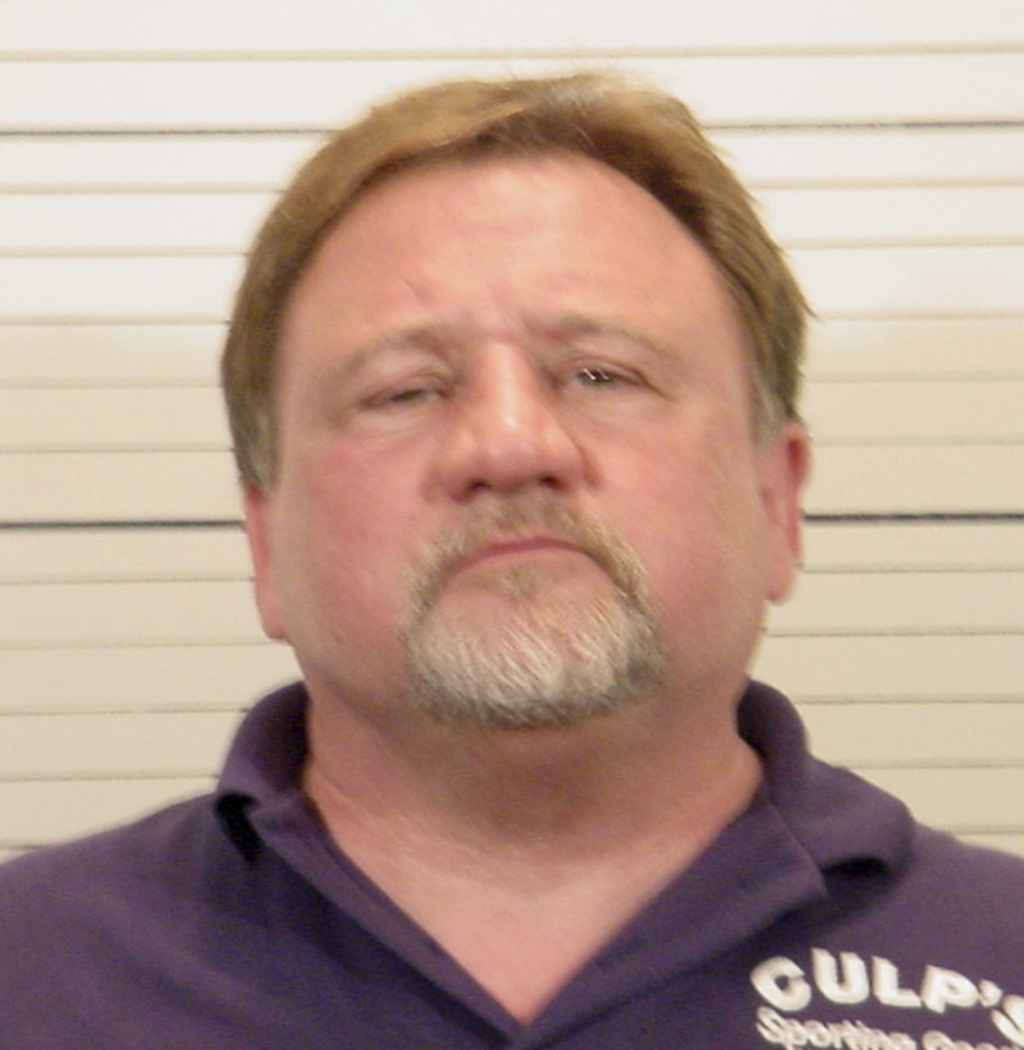 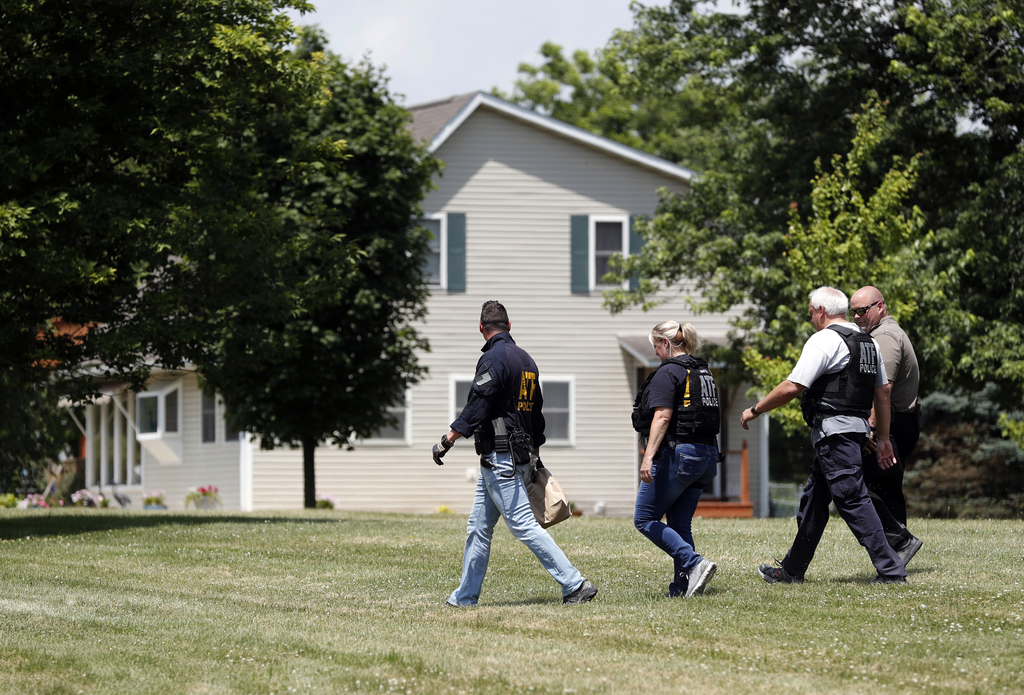 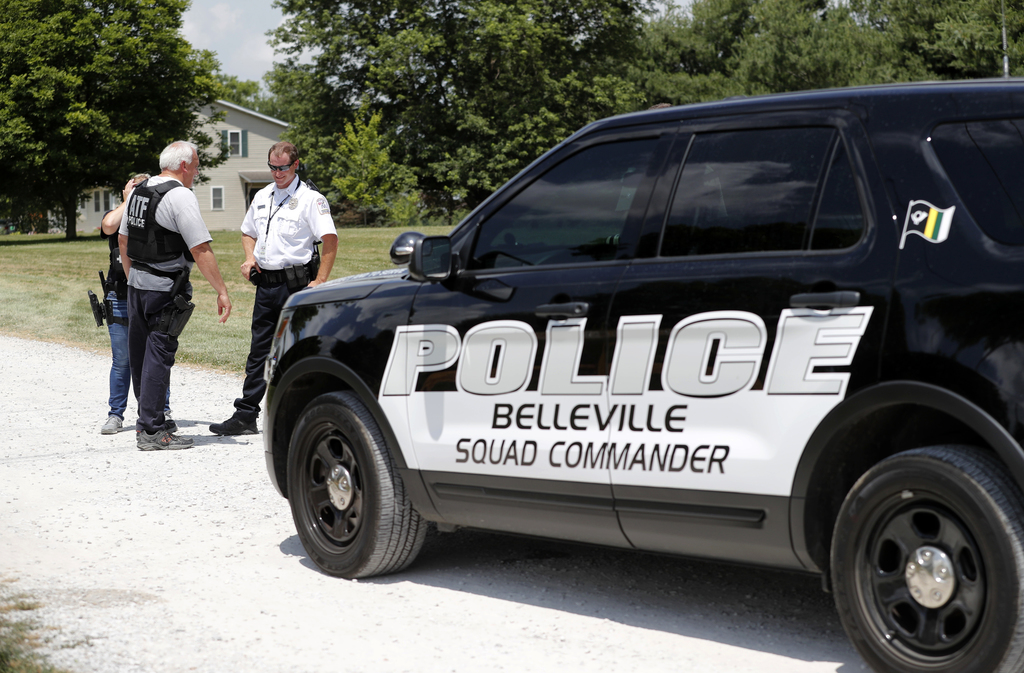 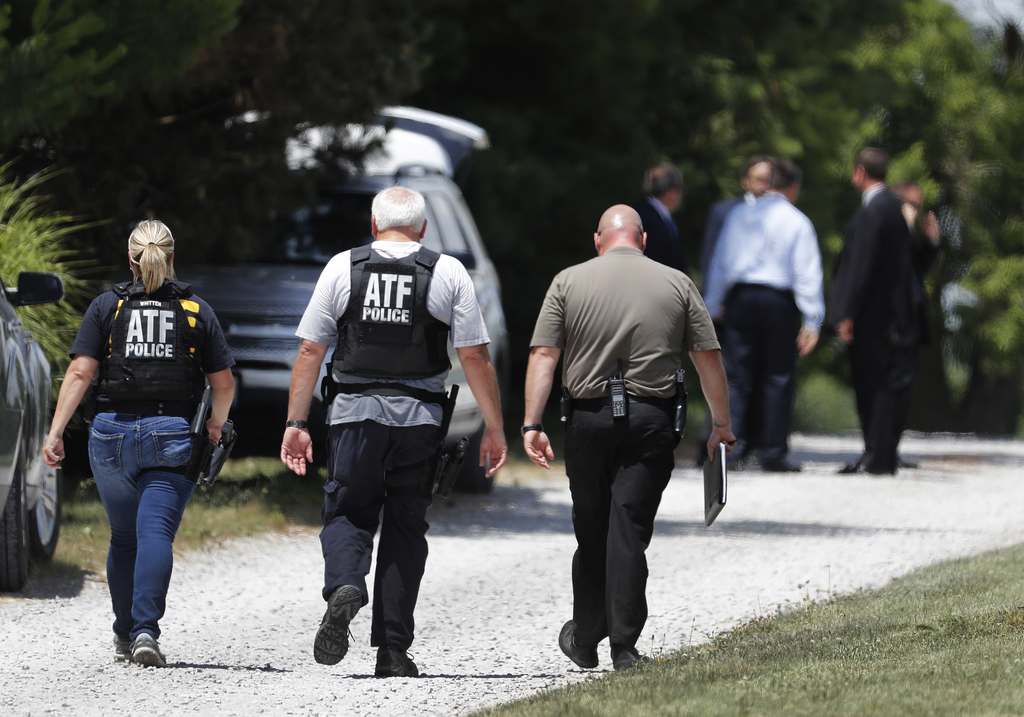 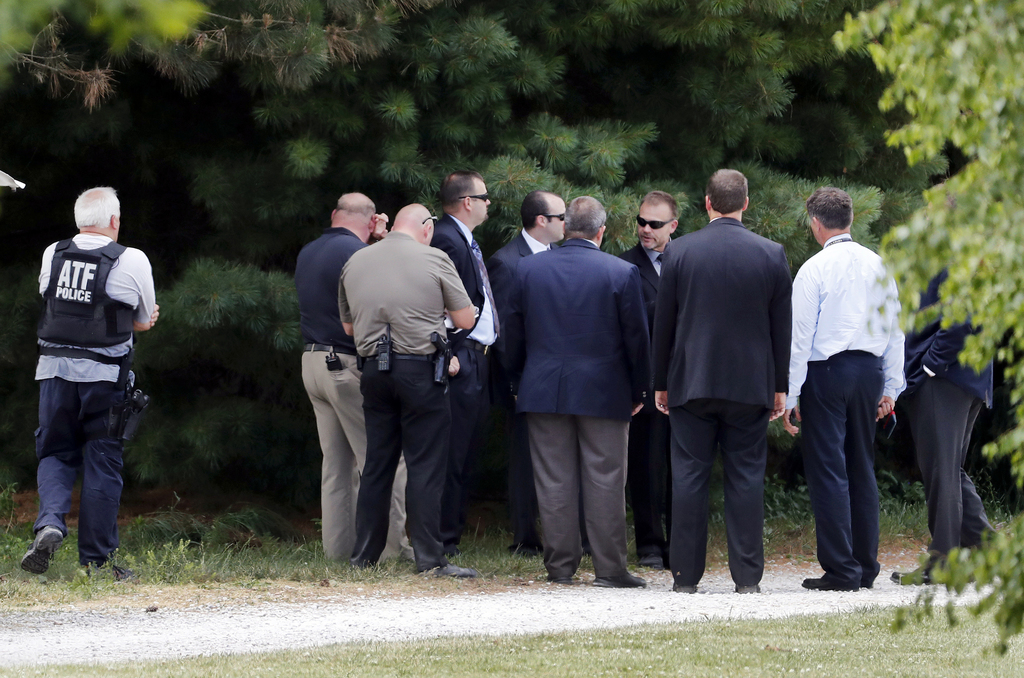 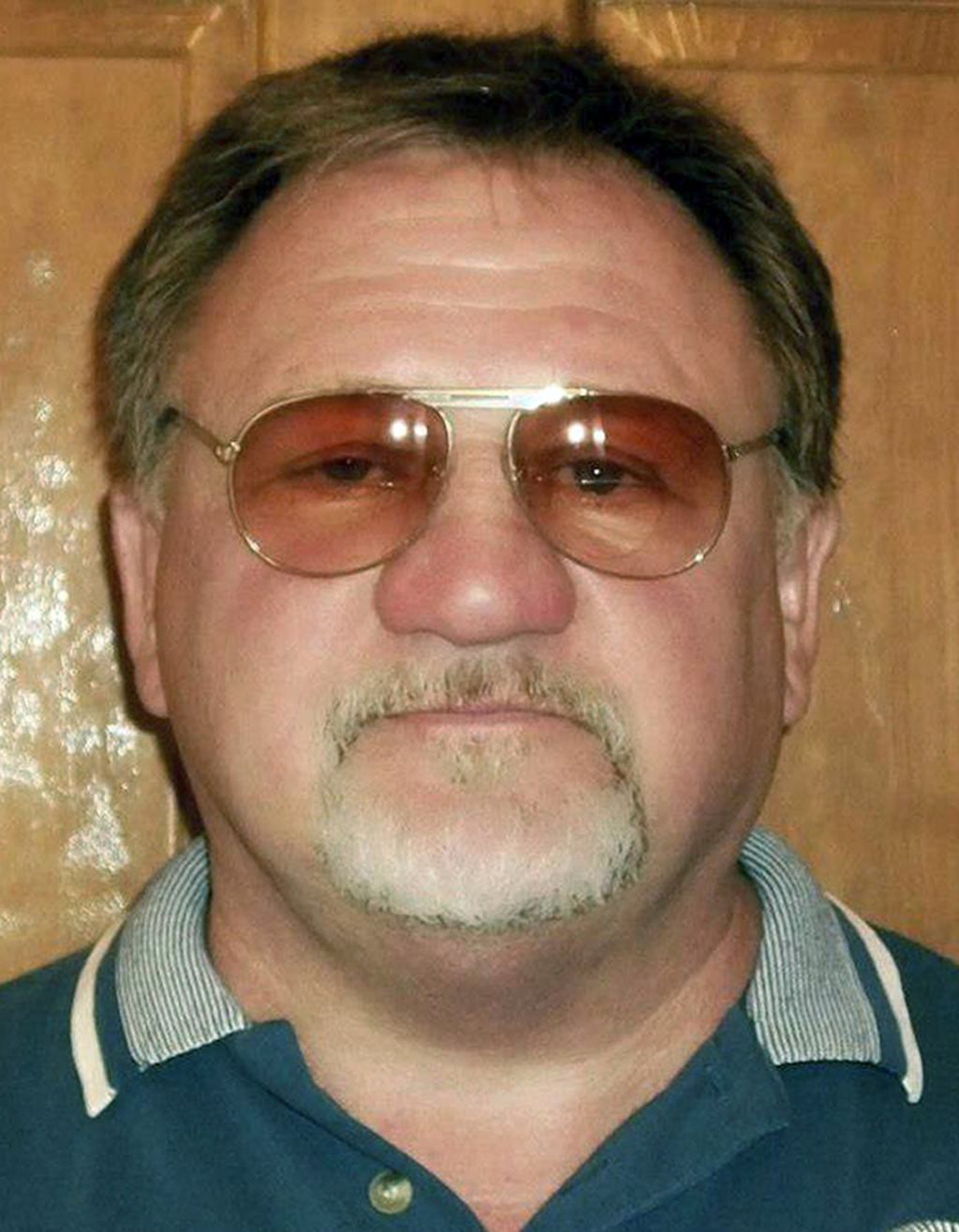 BELLEVILLE, Ill. (AP) — The gunman who shot a top GOP congressman and several other people Wednesday at a baseball practice outside the nation's capital had a long history of lashing out at Republicans and once frightened a neighbor by firing a rifle into a field behind his Illinois house.

James T. Hodgkinson, 66, wounded House Rep. Steve Scalise before he was fatally shot by police who had been guarding the House majority whip.

In the hours after the attack in Alexandria, Virginia, a picture began to emerge of an attacker with a mostly minor arrest record who worked as a home inspector and despised the Republican Party.

On Facebook, Hodgkinson was a member of a group called "Terminate the Republican Party," a fact that seemed to take on new meaning in light of an account from South Carolina Rep. Jeff Duncan, who said that as he was preparing to leave the baseball field, a man politely asked him whether it was a Democrat or Republican team before quietly walking off.

Until recently, Hodgkinson ran a home-inspection business out of his house. His Facebook page shows that he was a fan of Vermont Sen. Bernie Sanders, an independent who last year made an unsuccessful presidential bid. Sanders acknowledged Wednesday that Hodgkinson had apparently been among many volunteers on his 2016 campaign.

A search of online newspapers show that Hodgkinson frequently wrote letters to his hometown newspaper, the Belleville News-Democrat, which published nearly two dozen letters between 2010 and 2012, many of which included complaints about the same theme: income inequality.

Hodgkinson, who lived in the community just across the Mississippi River from St. Louis, compared the economic conditions of the time to those that preceded the Great Depression and excoriated Congress for not increasing the number of tax brackets and taking other tax reform measures.

On May 14, 2010, he wrote: "I don't envy the rich; I despise the way they have bought our politicians and twisted our laws to their benefit."

Less than a year later, on March 4, 2011, he wrote that Congress should rewrite tax codes to ease the tax burdens of the middle class.

"Let's get back to the good ol' days, when our representatives had a backbone and a conscience," he wrote.

Later that year, in October 2011, he applauded the Occupy Wall Street protesters in New York and Boston, writing that the demonstrators "are tired of our do-nothing Congress doing nothing while our country is going down the tubes."

Hodgkinson also had arrests in his background for a series of minor offenses and at least one more serious offense. Court records show that his legal trouble started in the 1990s with arrests for resisting police and drunken driving. His most serious problems came in 2006, when he was arrested on a battery charge.

In April 2006, he was arrested on two counts of battery — one for striking a man in the face with a wood shotgun stock and another for punching a woman with his fist, as well as a count of unlawful damage to a motor vehicle for cutting the passenger seatbelt of the woman's car with a knife. According to the court clerk, the charges were dismissed in November of that year.

Though there are no other legal problems listed in St. Clair County, which includes Belleville, since 2011, Hodgkinson did come to the attention of local law enforcement as recently as March 24 of last year.

Bill Schaumleffel recalled that he heard loud shots being fired outside his house, which stands about 500 feet behind Hodgkinson's home. When he went outside, he saw Hodgkinson shooting a rifle into or on a cornfield. He was squeezing off five or six shots at a time and, according to the report of the incident, fired about 50 shots in all.

"I yelled, 'Quit shooting toward the houses,'" he said.

When Hodgkinson refused to stop, Schaumleffel called the sheriff's department.

"I told the sheriff, 'I don't know what's the matter with that guy, but he can't be shooting like that,'" he said.

The deputy cautioned Hodgkinson about doing such shooting around homes, given that the rounds can travel up to a mile. No charges were filed.

"He said, 'I understand,' and said he needed to take the gun to a range to shoot it, Watson said. "There was nothing we could arrest him for, and there was no indication he was mentally ill or going to harm anyone.

"The only thing I was concerned about was that it was such a high-powered gun, and that somebody could possibly get hurt. We try to make sure people are reasonable when doing this."

Watson said the deputy on Wednesday recalled Hodgkinson as being "very cordial."

Dale Walsh, 65, of Belleville, said he was a lifelong friend of Hodgkinson's. He said Hodgkinson spent most of his life building homes but in recent years turned to home inspections.

Walsh said Hodgkinson never talked politics with him and did not seem prone to violence. But he said he was a passionate person who occasionally got into fights.

"He was the type of person that if you challenged him, he wouldn't back off."