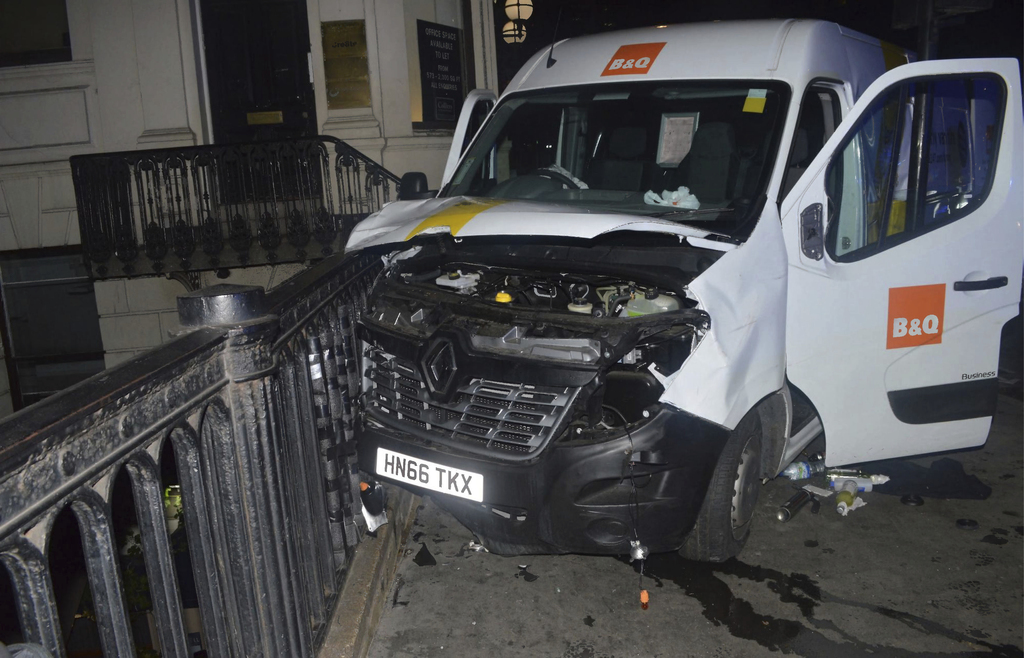 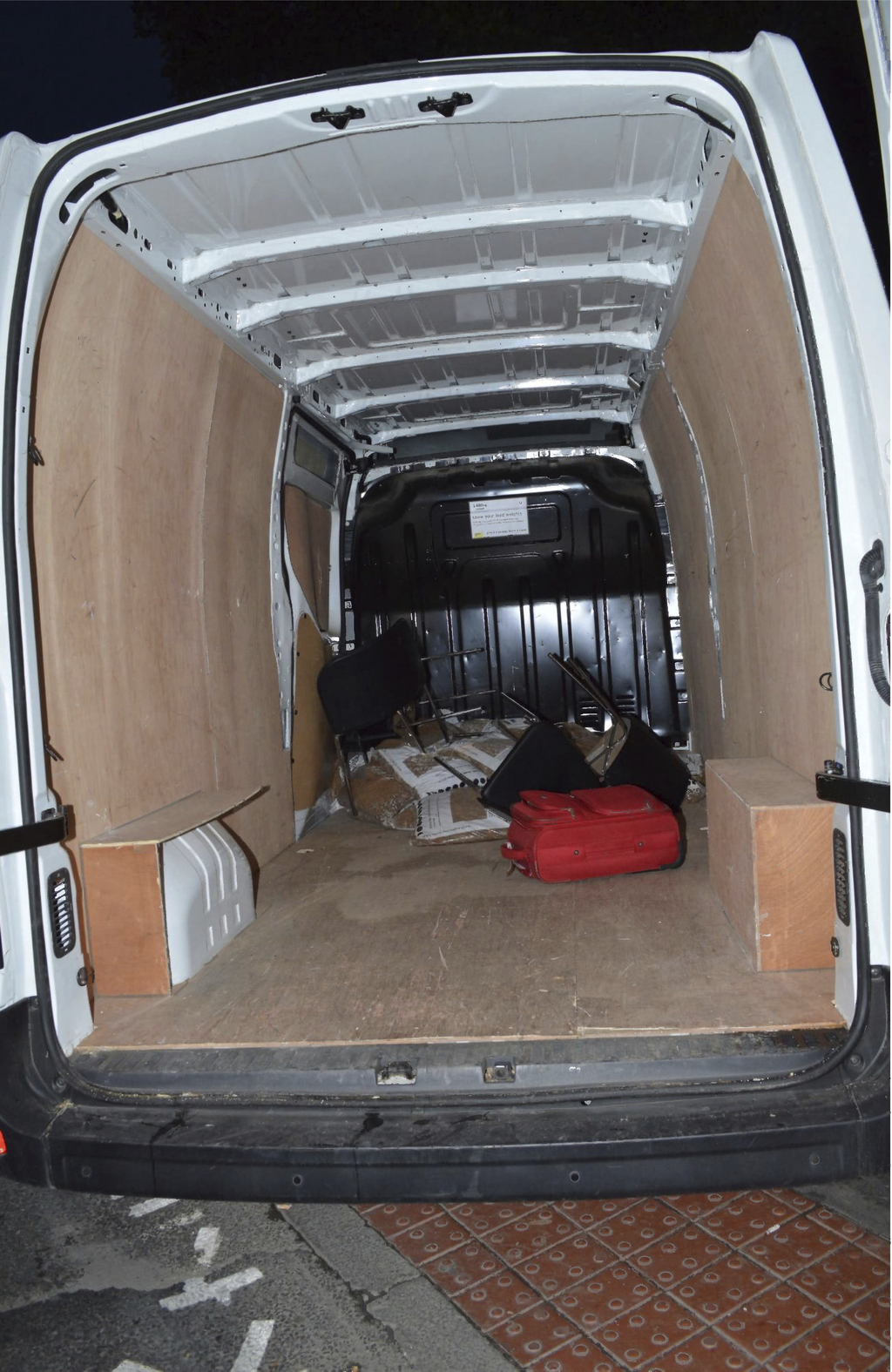 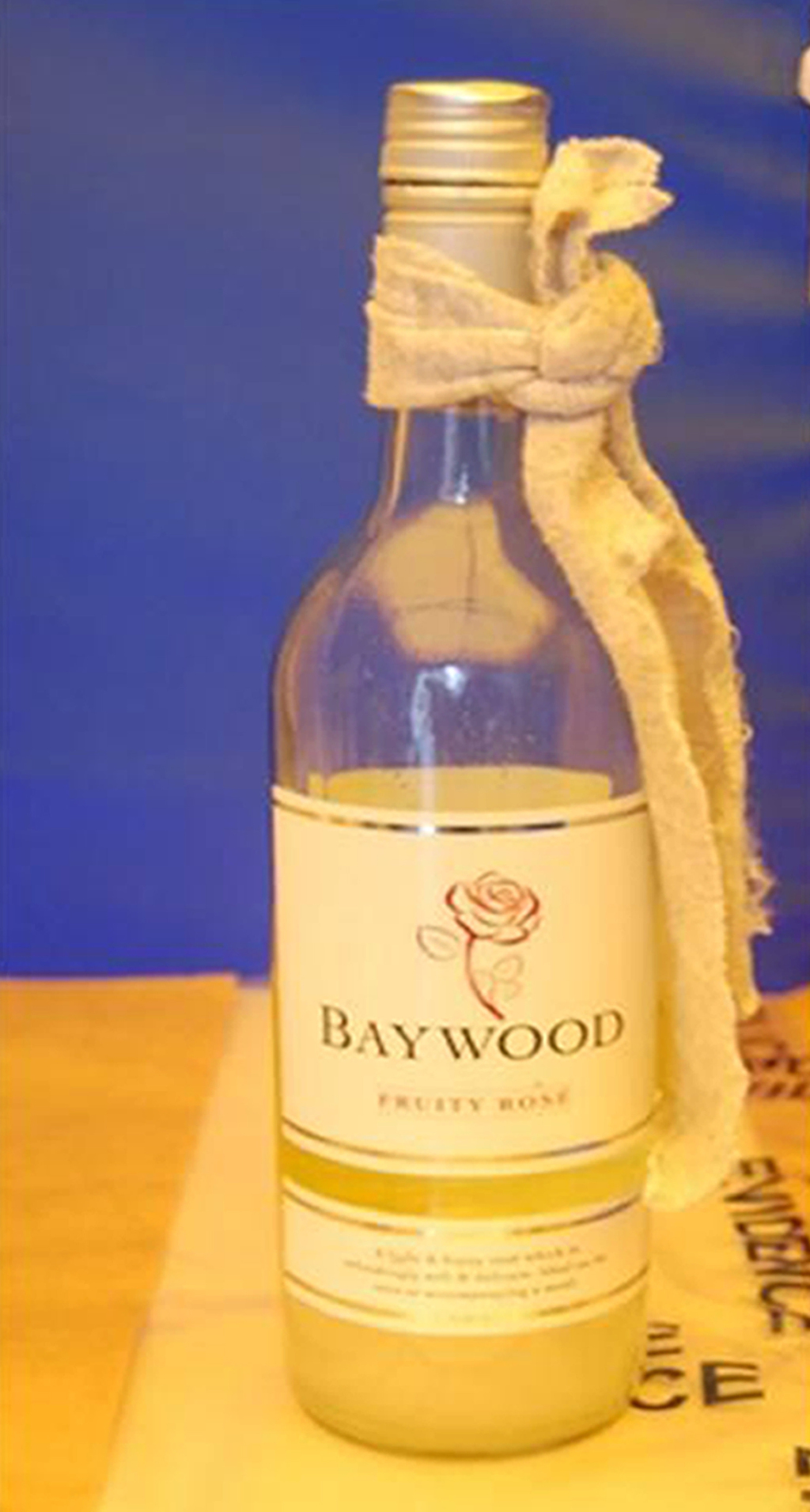 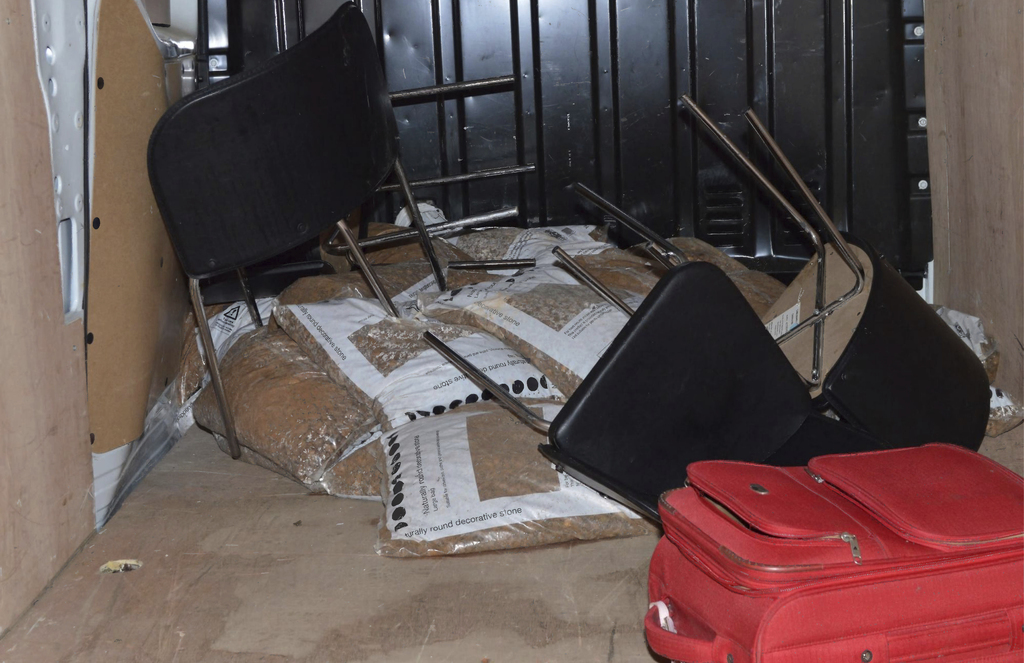 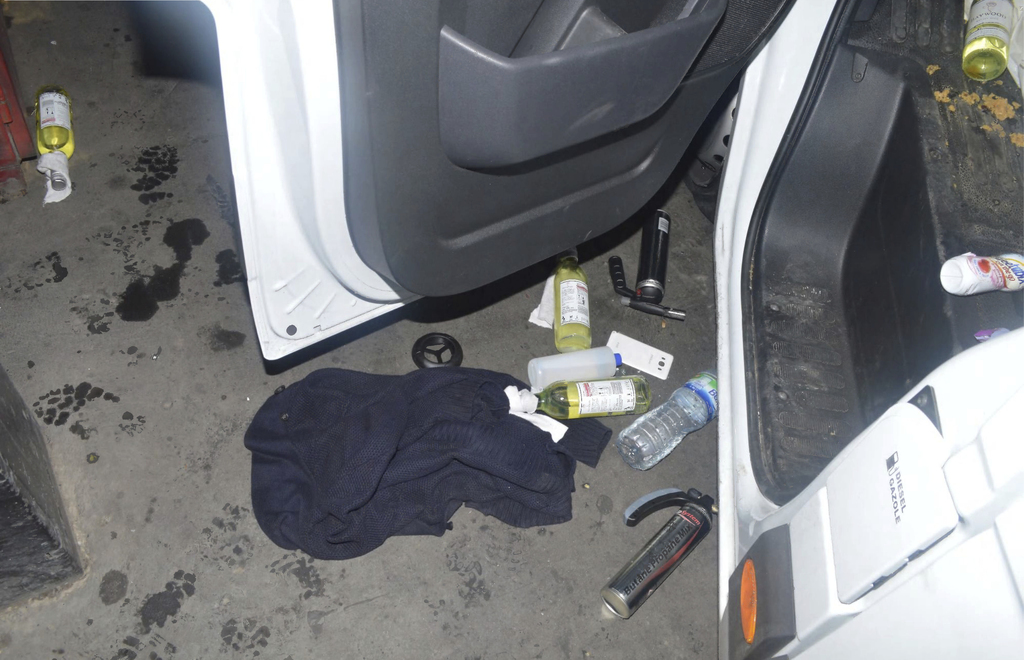 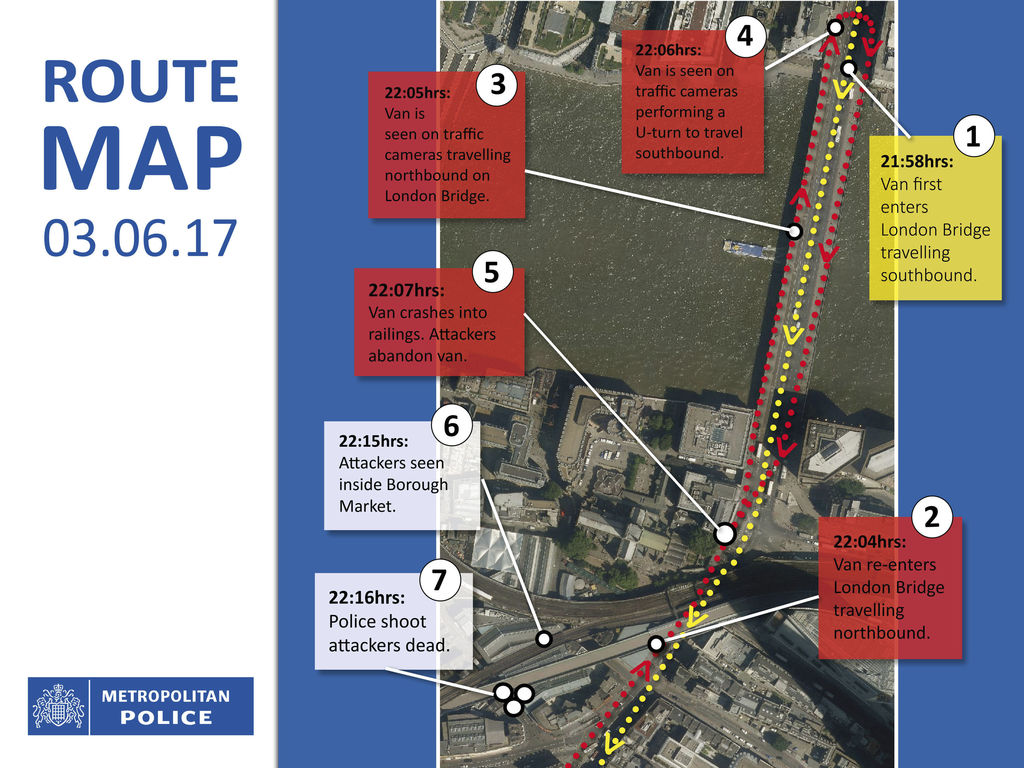 LONDON (AP) — The carnage of the London Bridge attack could have been worse: One of the attackers tried to rent a larger truck that could have killed more people, but his payment was declined. The bloodthirsty gang was also shot dead before they could make their way back to the van where their petrol bombs were stored.

In a rare glimpse into the weeklong investigation, police released details on Saturday that showed Khuram Butt originally tried to rent a 7.5 ton truck. The intended truck was smaller but similar to the one used in the Nice attack last year that killed 86 people and injured hundreds in the resort town in the south of France.

After his payment was declined, Butt and his two accomplices rented a smaller van that they used to plow into crowds before they leapt from the vehicle and went on a stabbing rampage in an attack that left eight people dead and nearly 50 people injured. It was the third such deadly attack in Britain in three months.

After leaving the small white van, the men used 12-inch knives with bright pink blades, according to Dean Haydon, head of the Metropolitan Police's Counter-Terrorism Command.

Police also disclosed that multiple petrol bombs were discovered in the van, and a copy of the Quran opened at a page "describing martyrdom" was found at one of the attackers' houses.

Investigators believe three victims were killed on the bridge, including one man who was thrown into the Thames River, before the attackers left the vehicle and stabbed five people to death around London's busy Borough Market, Haydon said. Police believe Butt was driving the van.

"When I come back to Butt trying to get hold of a 7.5 ton lorry — the effect could have been even worse," he said.

More than a dozen wine bottles filled with flammable liquid and rags wrapped around them in the shape of Molotov cocktails were found in the van. Two blowtorches were also found.

Haydon said the men may have been planning even more bloodshed if they made it back to the van.

Police also found a number of office chairs, gravel and a suitcase in the van.

Detectives believe the gravel may have been placed in the vehicle to make it heavier, or as part of a cover to justify hiring it, while the chairs may have been used to convince family and friends they were moving furniture.

Butt, a 27-year-old Pakistan-born British citizen, and his two accomplices, Rachid Redouane, 30, who claimed to be Moroccan-Libyan, and Youssef Zaghba, a 22-year-old Italian national of Moroccan descent, were shot dead by armed police eight minutes after the first emergency call.

Haydon described the pink knives as "pretty unusual" and appealed for anyone with information about where they came from to contact police.

Police raided Redouane's small residence on Tuesday and said he had been renting it since April. This was the safe house where the attack was planned, police said. In the residence, police said they found an English-language copy of the Quran opened at a page describing martyrdom, pieces of cloth which appeared to match material wrapped around the petrol bombs and water bottles similar to those used in the fake suicide vests. Luggage straps, plastic retractable craft knives and rolls of duct tape were also found.

Eighteen people have been arrested in connection with last week's attack. All but five have been released. Searches are continuing.

The question remains how the men met and knew one another but police said Saturday they did not suspect a wider plot.

"It looks as if it is pretty much a contained plot involving the three of them, which is supported by the forensic evidence we've got back so far," Haydon said.

Butt, who police consider the attack ringleader, had been on bail after being arrested for fraud in a case in October, police said. He had also been repeatedly reported to police for violent behavior and trying to recruit young children to the Islamic State group as well as featuring in the documentary, "The Jihadis Next Door," where he was seen next to a group of men unfurling a black-and-white flag scrawled with Arabic script and associated with the Islamic State group.

"There was no evidence uncovered of any attack-planning in relation to him," Haydon said.

Butt had been warned by police on two occasions — once for fraud in 2008 and once in 2010 for assault. Still, he did not have any criminal convictions.

Zaghba and Redouane had no criminal convictions or such warnings in Britain.

"From what I'm seeing, there is nothing that suggests at the moment that we got that wrong," Haydon said, referring to Butt.