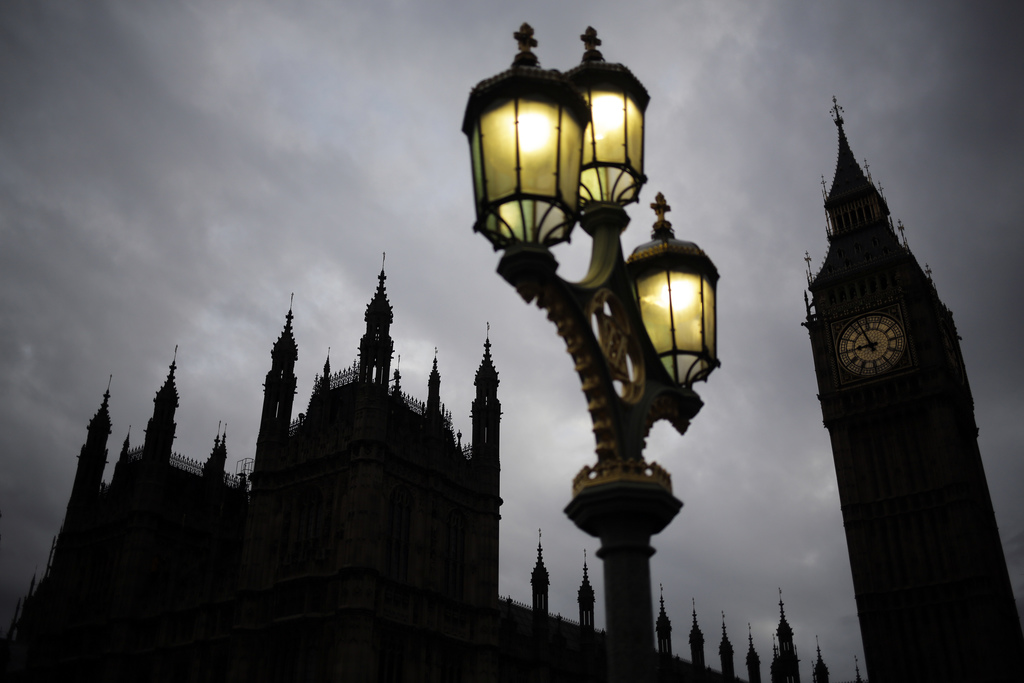 LONDON (AP) — The pound fell sharply after an exit poll in Britain's election forecast that the Conservatives would fall short of a majority in parliament, raising the prospect that the country might not have a clear winner or strong government as it starts its negotiations to leave the European Union.

The exit poll predicted the Conservatives will get 314 seats and the Labour Party 266, leaving both short of the 326 needed for a majority.

Investors worry that a minority Conservative government would be weaker in Brexit talks, which start on June 19 and are to last for at least the next two years. Among the biggest issues for markets and the economy are whether Britain manages to get a deal to remain part of the EU single market or, short of that, negotiate some privileged access to the bloc, the country's biggest trading partner.

"With face-to-face talks with the EU due to start on the 19th of June, the timing could not be worse," said Paul Hollingsworth, economist at Capital Economics in London. "The big picture is that political uncertainty could take weeks or months to be resolved and it is likely to weigh on both financial markets (in particularly the pound) and the economy."

A Conservative government with a strong majority, as had been predicted before the vote, would have given Prime Minister Theresa May a freer hand in Brexit negotiations to make the compromises necessary for a deal. She would, the reasoning goes, have been able to resist calls from some in her party who are prepared to see Britain leave without any sort of trade deal that would provide business easy and cheap access to the EU single market.

But her decision to call the general election seems to have backfired, according to the exit poll, leaving the country in even more uncertainty, something financial markets don't react well to.

If the final result shows no clear winner, that could put further pressure on the pound, says Samuel Tombs, analyst at Pantheon Macroeconomics. If the Conservatives get by with a small majority, he expects the pound to drop back to $1.2600, where it was trading before May announced the election in April.

A government led by the Labour Party could, however, shore up the currency, he says. That's because Labour has vowed to try to keep Britain within the EU single market, which guarantees the free, tariff-less flow of goods and services.