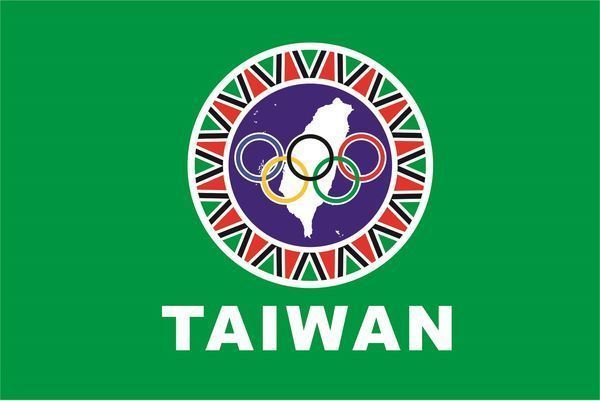 TAIWAN (Taiwan News) -- Last week's furor at Emirates Airlines over whether or not staff should be able to wear Taiwan flag pin badges has put the issue of the Taiwan flag firmly back on the news agenda again.

It has long been a source of controversy inside Taiwan as well as outside. China views the flag as a political emblem owing their claim that Taiwan should be part of their territory. As a result, Taiwanese representatives at international diplomatic and sporting events have not been able to use the flag, since most countries switched recognition from Taipei to Beijing in the early 1970's.

But inside Taiwan, the flag also raises strong emotions with many people. For some, it is a proud symbol of the Republic of China, the stand it took against the Japanese and Communists, and how it created a new country for its people in Taiwan after the Chinese civil war.

For others, the flag is a symbol of the authoritarian Kuomintang (KMT) regime which imposed martial law and significant suffering on the people living in Taiwan for decades.

The fact that the existing flag contains the "Blue Sky with a White Sun" canton of the modern KMT party is divisive enough. But its link to nationalism and the desire to reunite with China one way or another is at odds with the views of many Taiwanese people.

Over the years, there have been plenty of calls for Taiwan to adopt a new flag that better represents the modern country. And with Emirates Airlines crew still unable to don their Taiwan flag pin badges, despite no longer being required to wear the flag of Communist China, it seemed like a good opportunity to take a look at a few of the previous flags and suggestions that have been put forward over the years.

For a brief period in 1895, Taiwan was under the control of the Republic of Formosa. The flag of that short-lived regime was an image of a Tiger on a plain blue background which also featured azure clouds at the bottom.

This flag had many similarities with the flag of the Qing Dynasty and an original version can now be seen in the entrance hall to the National Taiwan Museum in Taipei. Five Races under One Union:

After the Xinhai Rebellion, the first flag of the Republic of China was known as "Five Races under One Union, one of the founding principals of the Republic."

The flag consisted of five horizontal colored stripes to represent the five major ethnic groups in China at that time, namely the Han (red), the Manchus (yellow), the Mongols (blue), the "Hui" (Muslims in China) (white), and the Tibetans (black). Between the 1950's and the 1970's, there was a provisional Republic of Taiwan government located in Japan. This self-proclaimed government was led by Thomas Wen-I Liao and had its own flag for Taiwan.

This flag was a dark blue background with a solid white circle and crescent in the center. It was intended to represent a blue field charged with a white sun and a white moon. The winning entry was designed by the Reverend Donald Liu (劉瑞義) and given the name "Hearts in Harmony Flag." It consisted of a green background, intended to represent Taiwan’s natural beauty and the importance of the environment.

At the center were four hearts, which were intended to represent the four population groups of Taiwan: the indigenous peoples, Hakka, Hoklo, and mainlanders.

This design is the most well-known new flag proposal to date, but was never formally endorsed by the DPP Party, while many nationalists criticized its similarity to the Imperial Seal of Japan. In 2013, the 908 Taiwan Republic Campaign revealed their proposed new flag for Taiwan in a ceremony outside the Presidential Building in Taipei.

This design featured the same green field background with a green map of Taiwan and its islands (apart from Kinmen and Matsu) at its center. It is very similar to the current logo for the DPP Party. This was another effort by the 908 Taiwan Republic Campaign, this time to mark the anniversary of the signing of the Treaty of San Francisco in 1952, in which Japan gave up its claim to Taiwan.

This flag was revealed back in 2005 and is intended to represent Taiwan’s history. It consists of a red circle at the center to represent the years of Japanese control of the island. The background consists of three horizontal stripes of blue, white, and green, which blend into each other.

At the center it includes, in Mandarin, the characters for "State of Taiwan". This is the only proposed new flag which includes the color blue. Last year, a campaign was launched by New Power Party legislator and death metal rocker Freddy Lim to design a new flag to replace the official Chinese Taipei flag which all Taiwanese athletes are required to compete under.

The winning entry in that competition consisted of a green background, with a blue circle containing a map of Taiwan and the Olympic rings in the center. In large capital letters to the bottom of the flag is the name TAIWAN.