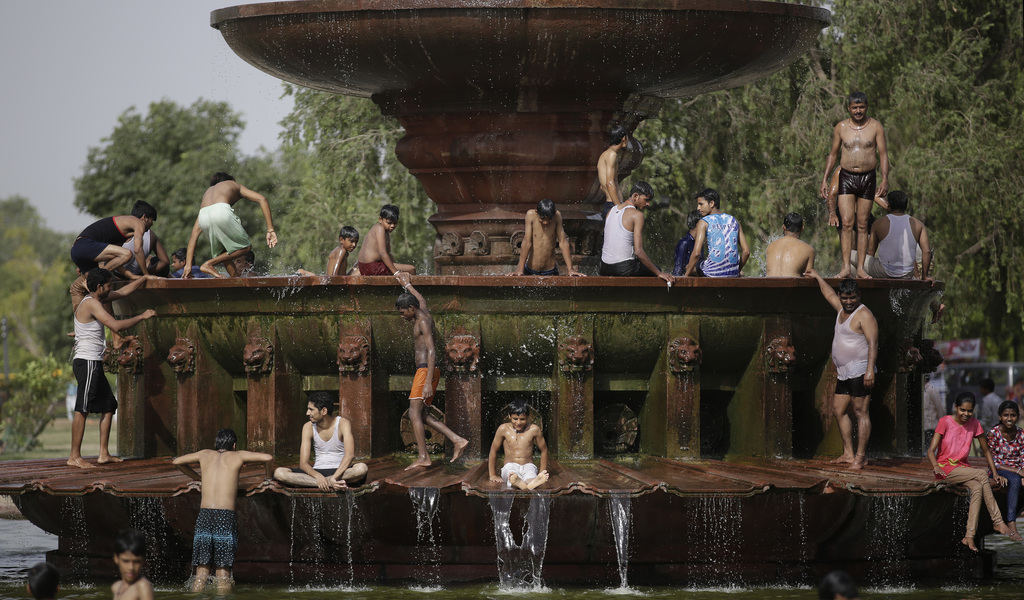 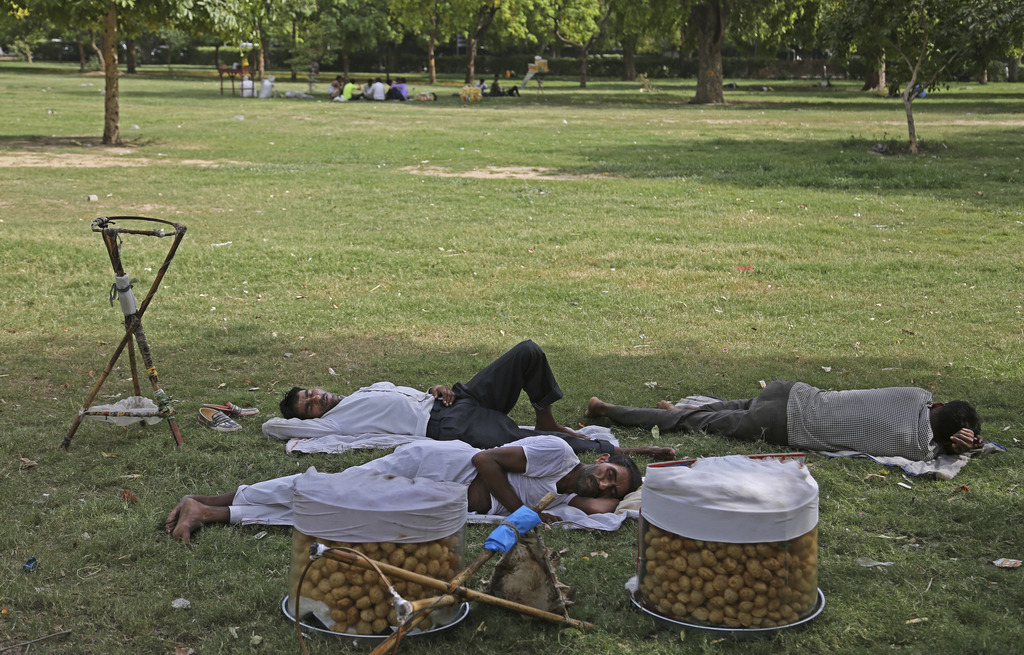 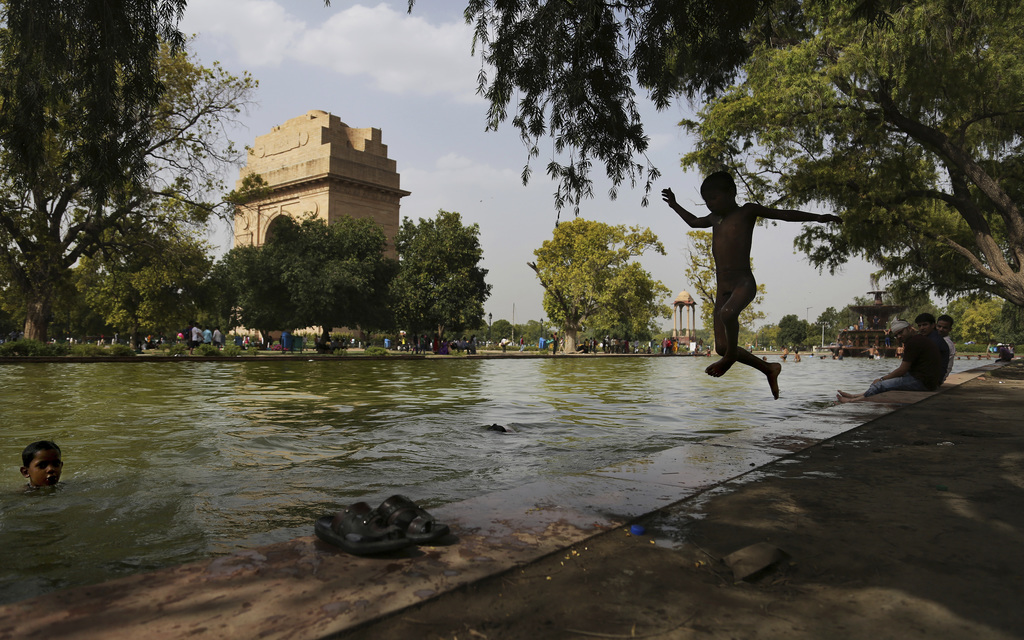 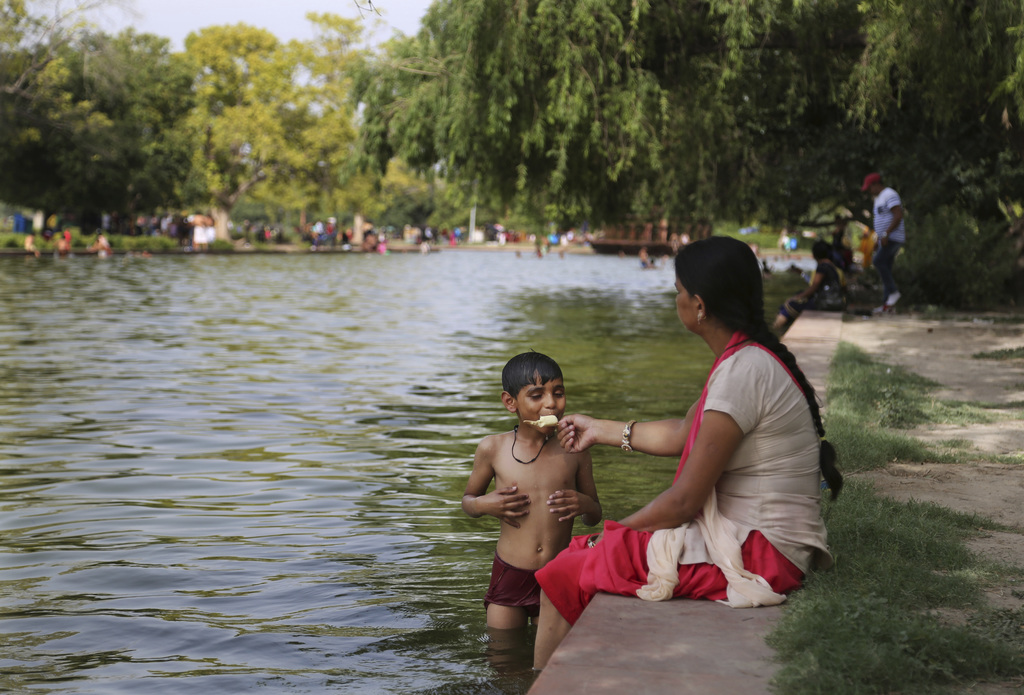 NEW DELHI (AP) — India is now two and a half times more likely to experience a deadly heat wave than a half century ago, and all it took was an increase in the average temperature of just 0.5 degrees Celsius (less than 1 degree Fahrenheit), according to a study published Wednesday.

The findings are especially sobering considering that the world is on track for far more warming by the end of this century. In just the last two weeks, much of Asia has been gripped by a heatwave that saw Pakistan register a record 53.5 C (128.3 F) in the southern city of Turbat on May 28 — the world's hottest temperature ever recorded in the month of May. Temperatures in the Indian capital of New Delhi have soared beyond 44 C (111 F).

Even if countries are able to meet the Paris climate agreement goals in curbing climate-warming carbon emissions, that would still only limit the global temperature rise to an estimated 2 degrees C (3.6 F). U.S. President Donald Trump's recent pledge to exit the Paris agreement won't help.

"It's getting hotter, and of course more heat waves are going to kill more people," said climatologist Omid Mazdiyasni of the University of California, Irvine, who led an international team of scientists in analyzing a half century of data from the Indian Meteorological Department on temperature, heat waves and heat-related mortality.

"We knew there was going to be an impact, but we didn't expect it to be this big," he said.

Their study, published in the journal Science Advances, shows that, while India's mean temperatures rose by more than 0.5 C (0.9 F) between 1960 and 2009, the probability of India experiencing a massive heat-related mortality event — defined by more than 100 deaths — shot up by 146 percent.

The study also found that the number of heat wave days increased by 25 percent across most of India. Areas in the south and west experienced 50 percent more heat wave events, or periods of extreme heat lasting more than 3 or 4 days, in 1985-2009 compared with the previous 25-year period.

It's harder to estimate how harmful or deadly future warming might be. There is no historical data for heat wave mortality at those peak temperatures, and death tolls could increase sharply as the world gets even hotter.

"The general public may think that a 1 or 2 degree temperature rise is not that significant, but our results show that even small changes can result in more heat waves and more death," said Amir AghaKouchak, another climatologist at UC Irvine and a co-author of the report.

"It stands to reason there would be more dire health impacts with more severe heat waves, and this paper provides a key quantification of those impacts for one region of the world," said climate scientist Gerald Meehl of the National Center for Atmospheric Research in Boulder, Colorado, who was not involved in the study.

The same methodology can be applied in any region to get a sense of how vulnerable a country or population might be, the authors said.

They accounted for India's fast-rising population and income levels in the analysis, to make sure neither affected the results. In the case of income, they found an even stronger correlation between heat waves and deaths among those who are poor.

The vast majority of India's 1.25 billion people are poor and have few options as temperatures hit sweltering levels every year, drying forests and riverbeds and wiping out farm animals. They are unlikely to have air conditioners — up to 25 percent still have no access to electricity.

Most in India rely on agriculture for their livelihoods, and climate change is likely to hurt their crops by increasing the temperature and also by making rainfall more erratic.

There are likely economic impacts as well. One report released last year by the U.N. Environment Program suggests many Indians will be forced to reduce daytime work by 2-3 hours in less than four decades, simply because it will be too hot for farming or construction work outdoors.

The vast majority of Indian cities and states are not prepared to handle more heat, even if they understand the devastation it can wreak. In 2010, some 1,200 people died from heat-related causes in the western city of Ahmedabad, prompting city officials to introduce seven-day weather forecasts and warnings, extra water supplies and cool-air shelters in the summer.

After more than 2,500 were killed in heat-ravaged areas across India in 2015, nine other cities backed by the Natural Resources Defense Council, an international advocacy group based in New York, rolled out a plan to educate children about heat risk, stock hospitals with ice packs and extra water, and train medical workers to identify heat stress, dehydration and heat stroke.

But the nine cities cover only about 11 million people, not even 1 percent of the country's population.

"Heat wave stress is a relatively new aspect that hasn't been recognized" as a climate change threat in the region, said scientist Saleemul Huq, director of the International Centre for Climate Change and Development in Dhaka, the capital of neighboring Bangladesh. "We are seeing more heat waves, there's no doubt about it. And there is strong anecdotal evidence that we are seeing a similar trend in mortality. I would recommend a similar study here."