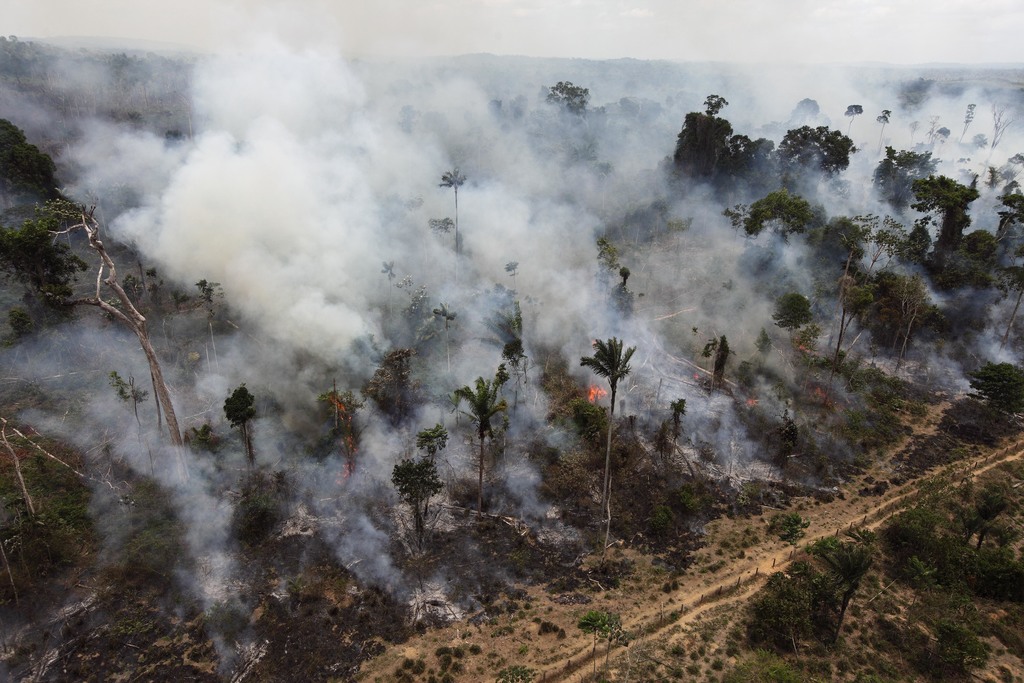 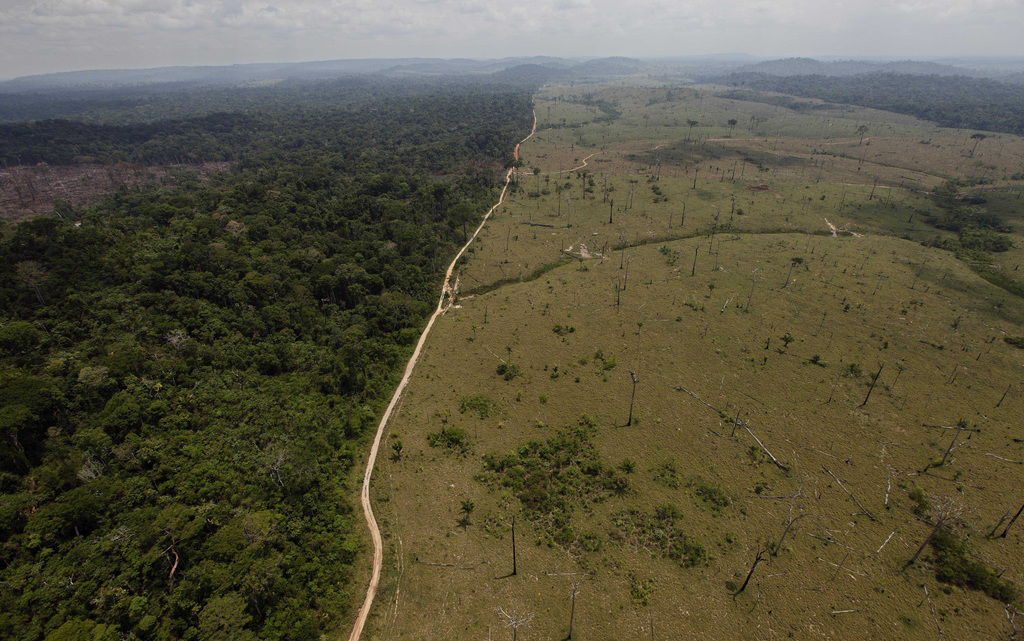 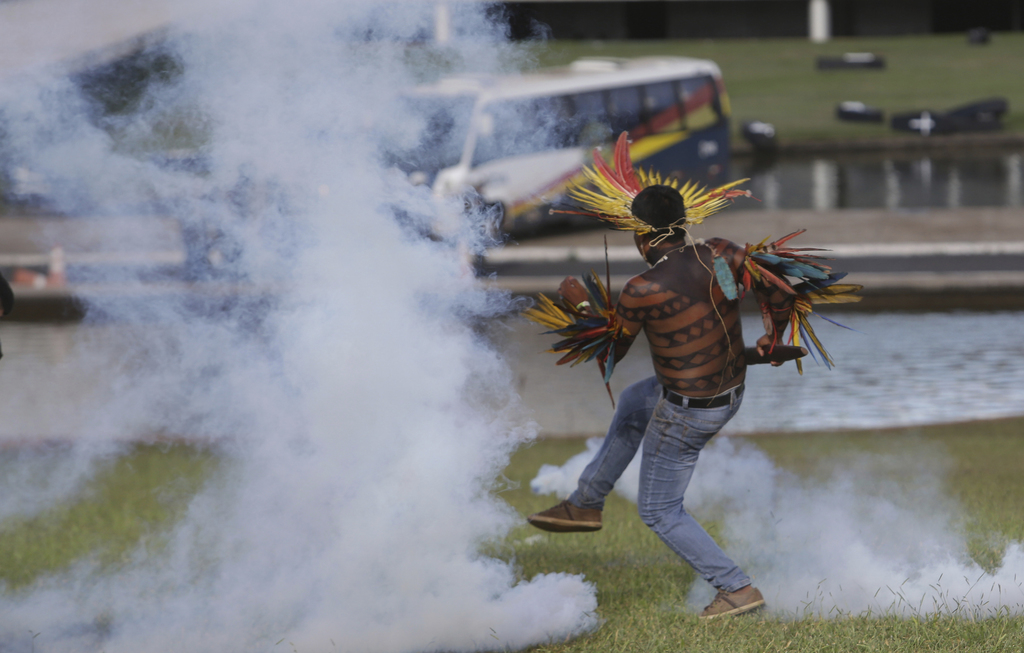 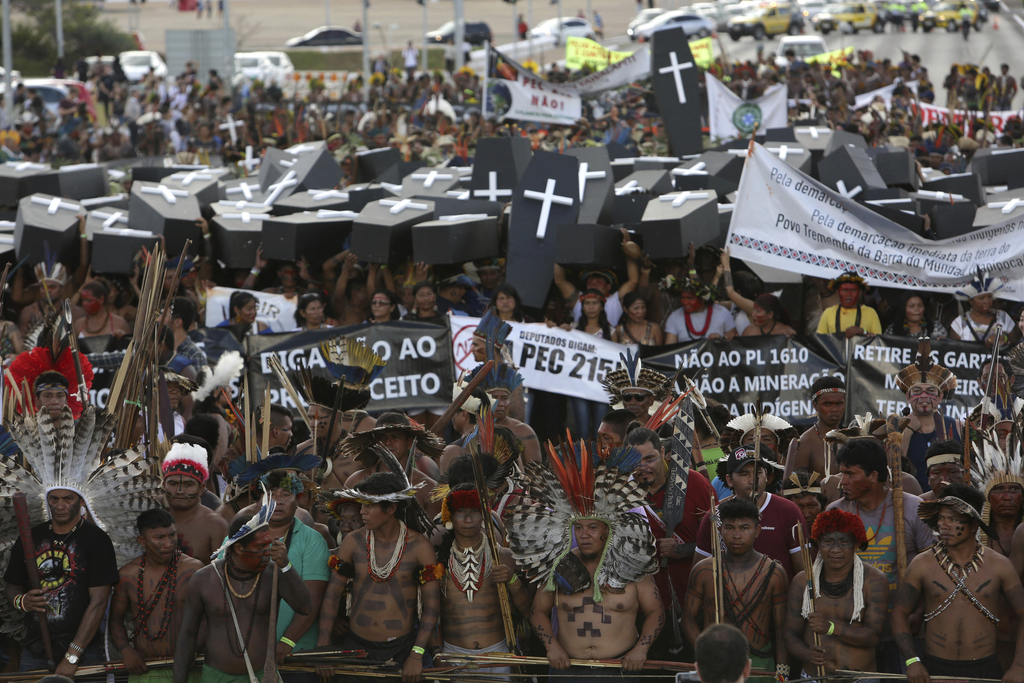 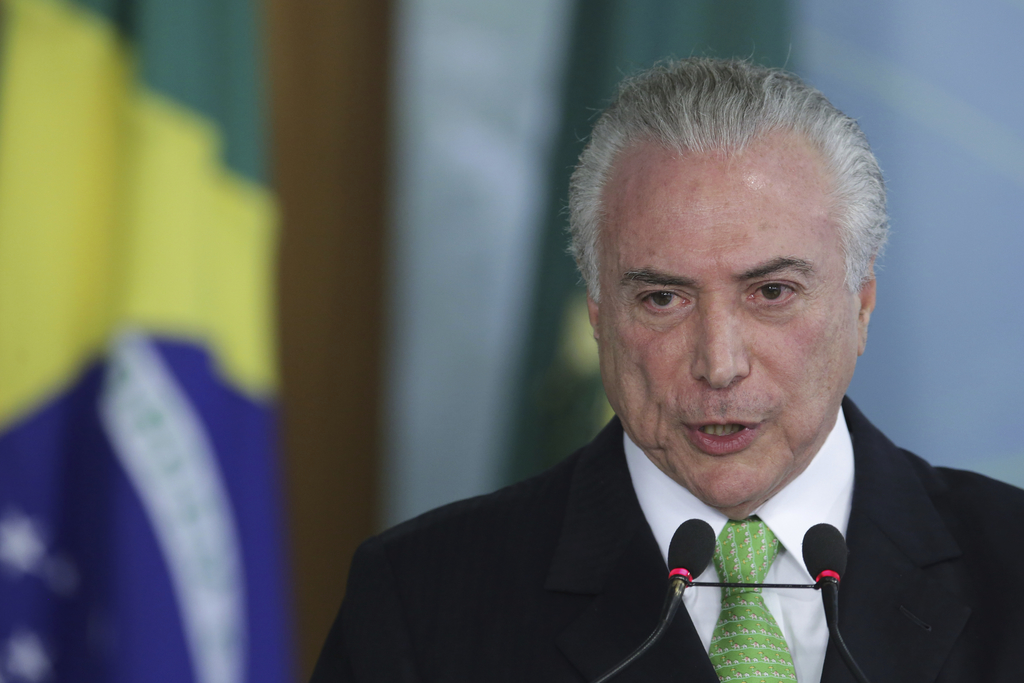 SAO PAULO (AP) — Brazil is considering measures that would roll back environmental protections and make it difficult to meet its Paris climate accord targets — a signal it is stepping back from its global leadership on climate change just as the United States is also retreating.

Congress has already passed two measures that will dramatically reduce the size of protected environmental reserves. Lawmakers are also considering substantially relaxing environmental licensing rules for infrastructure, agricultural and industrial projects. A proposal that would change how indigenous lands are designated, potentially reducing their size and protection, is also on the table.

This comes at a time when the Amazon and Atlantic rain forests are being cut at the fastest rate in nearly a decade, and the violent struggle for control of forested land is in on the rise.

"Brazil is throwing aside the opportunity to be a leader on these questions," said Marcio Astrini, coordinator of public policy for Greenpeace in Brazil. "It's very hard for someone to manage to be worse than (U.S. President Donald) Trump on the environment, but the Brazilian government is working very hard" to do that.

Brazil was long seen as a global leader on environmental issues. As the major steward of the Amazon rain forest, its policies have a tremendous effect on global rates of carbon emissions reduction. In conjunction with Trump's recent decision to pull the U.S. out of the Paris agreement, Brazil's move away from environmental regulation could jeopardize global goals.

The moves come amid political turmoil in Latin America's largest nation. President Michel Temer is struggling to stay in office amid corruption allegations and threats of impeachment or removal by an electoral court. Amid the furor, he is trying to pass unpopular reforms he says are essential to helping Brazil's economy shrug off a two-year recession.

Temer has agreed to back a series of measures promoted by Congress' so-called "rural caucus" — a group of lawmakers representing the interests of rural landowners, including agribusiness and ranchers — in exchange for help passing his own agenda, and hopefully avoiding impeachment.

"This government is using the environmental agenda as currency," Astrini said.

In April, a weeklong protest outside Congress by indigenous groups who say Temer is reducing protections on their lands and allowing land-grabs by farmers and ranchers illustrated the debate. When police fired tear gas at the protesters, they responded with spears and arrows.

Last month, Congress passed two measures that convert around 1.4 million acres of protected land, the vast majority of it in the Amazon, into areas open to logging, mining and agricultural use. An analysis by the Institute for Amazon Environmental Research estimates the drop in protections could result in the loss of nearly 700,000 acres (280,000 hectares) of forest by 2030 and lead to the release of 140 million tons of carbon dioxide.

Milder versions of the measures — which partially offset the losses by designating newly protected areas — began as executive orders.

But the congressional amendments have made the measures unpalatable even to Temer's own environment minister, who has recommended the president veto them, saying they would impede efforts to combat deforestation and achieve the promises Brazil made in Paris accord.

In that agreement, Brazil vowed to cut its greenhouse gas emissions primarily through slowing and reversing deforestation, which is rising again after years of progress.

Last year, deforestation of the Amazon jumped 29 percent over the previous year, according to the government's satellite monitoring, in the highest rate since 2008. In the Atlantic rain forest, deforestation was up 58 percent last year.

The president has until June 19 to sign or veto the measures.

Not only would the measures allow for legal deforestation, but they could increase incentives for illegal logging because they were partially designed to legalize incursions by farmers and ranchers into protected areas.

"Ranchers feel they can act with impunity and that their interests are protected by the courts and the executive branch," said Cleber Buzatto, executive secretary of the Indigenous Missionary Council, a Catholic Church organization.

Such incursions are driving a spike in violence not seen in years. At least 39 people have died in land conflicts this year, according to the Pastoral Land Commission, which tracks the violence. That puts 2017 on track to surpass 2016's 61 deaths, the highest figure since 2003.

Another measure in Congress would relax Brazil's strict environmental licensing laws, which require impact assessments ahead of an array of projects. The bill would allow states and cities to decide what licenses are necessary and would exempt some projects, like agricultural ones, from licensing.

The Parliamentary Front for Agriculture, which represents the rural caucus, says the bill would provide much needed flexibility, arguing that current rules punish Brazilian businesses because they are unclear and approval for projects can take years.

Critics say they bill weakens regulations and gives too much power to states and cities.

The bill has languished in Congress for over a decade but a new version received "urgent" status this year, meaning it can skip committee approvals and be put to a floor vote at the discretion of the president of the Lower House.

While these measures could harm the environment, Marcio Sztutman of The Nature Conservancy said the trend could still be reversed.

"There are lots of sectors, even in agribusiness, that are against this model of development at any cost," said Sztutman, the group's conservation manager in Brazil. "This isn't a change of course with no return."