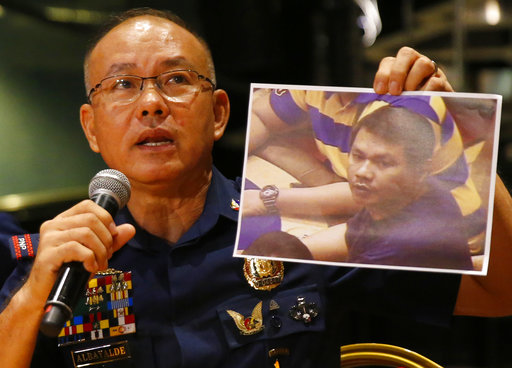 TAIPEI (Taiwan News)—Taiwan's Ministry of Foreign Affairs (MOFA) helped the relatives of four Taiwanese citizens who died in the Resorts World Manila attack to travel to the Philippines for the necessary proceedings, while the casino is compensating victims' families 1 million pesos (US$ 20,261.46) each, reports said Sunday.

The identification of the Taiwanese citizens, apparently two guests and two members of staff, came after initial reports that there had been no casualties. Taiwan's representative office in the Philippines confirmed four Taiwanese visitors died in the random casino attack, but did not release the victims' identities.

Philippine officials initially claimed no Taiwanese were among the deceased, but on Saturday noon released a statement claiming more than 30 bodies were found on the the third floor of the casino.

Taipei Economic and Cultural Office in the Philippines then found out four among the deceased were Taiwanese. Relatives of all victims would be compensated by the Philippines, according to an ABS CBN report.

However, he declined to specify further details, stating they had to wait for results from further police investigations.

The Philippine police claim the random shooting and arsenal attack was carried out by Jessie Carlos, a heavily indebted gambler in his 40s that previously worked for the Finance Department.

Carlos, who had a gambling debt amounting to US$80,000, entered Resorts World Manila premises dressed in black and equipped with an assault rifle.

However, police claimed he did not shoot at any of the guests at the casino.

According to an Associated Press report, the Manila police consider the incident as a botched burglary rather than a terrorist attack.

"If he was a suicidal terrorist, then he would have gone on a killing spree," said Metropolitan Manila police chief Oscar Albayalde on Saturday. "And yet he killed no one, even those people running in front of him. He was even saying, 'Get out, get out!"' The 182 centimeter tall and fair complexion Carlos attempted to flee with US$2 million stolen casino chips to an adjoining casino complex before he was confronted by armed security guards and engaged in a gunfight with them.

Carlos was shot in the leg before holing himself inside a room and taking his own life, said Reilly.

Many of those injured were from the result of the stampede as guests at the casino fled for their lives.

In response to Philippine National Police chief Director General Ronald Dela Rosa earlier accusations that there were lapses in the security at the Resorts World Casino, Reilly explained only guards outside the casino were armed, while those inside were unarmed.

Security guards decided not to engage with the armed perpetrator to avoid escalating the incident, explained Reilly.

"They did not engage because it was seen that that would escalate the situation,” said Reilly. “Unfortunately, the situation did escalate a bit further... " 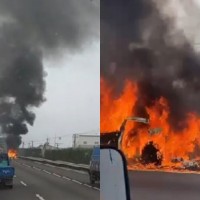 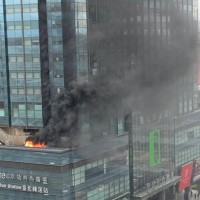 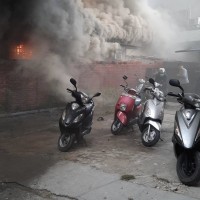 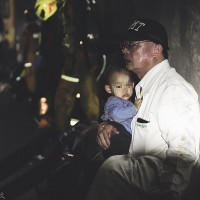