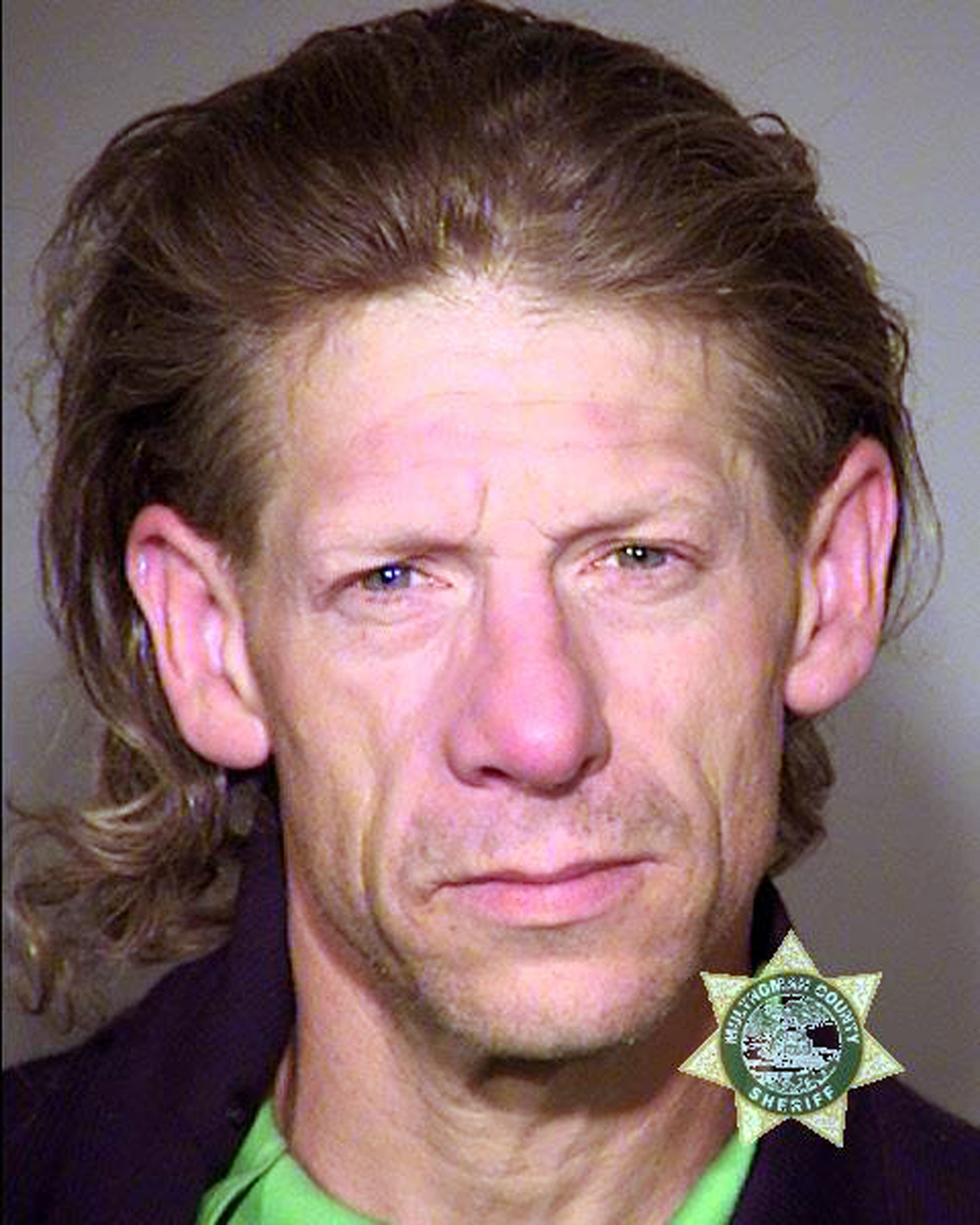 PORTLAND, Ore. (AP) — A homeless man took the wedding ring off the finger of a man who died in last week's knife attack aboard a Portland train, city police said Friday.

The 51-year-old man will be arraigned Monday on charges of theft, tampering with physical evidence and abuse of a corpse. He does not yet have a lawyer.

"It's just unconscionable to do what he did," Simpson said.

Best, 53, was one of three men who were stabbed May 26 after confronting a passenger who went into a racist rant. Best died on the train and another victim died at a hospital.

Amid the horror and chaos, Simpson said, Tschaggeny removed the ring from Best's finger and stole his backpack. He said surveillance video supports the charges.

Officers recovered the backpack, but a camouflage wallet that contained phone numbers important to Best's family was missing. Simpson urged whoever has the wallet to return it.

Tips poured in Thursday night after police released surveillance images and video of the suspect. Investigators determined the thief was a man who lives in a small homeless camp near the platform where the train stopped after the attack.

"People in the community saw this and felt the understandable rage that I think everybody felt," Simpson said. "It's an added layer of tragedy for this family."

Jeremy Christian, 35, has been charged with aggravated murder in the deaths of Best and 23-year-old Taliesin Namkai-Meche. He has not entered a plea.