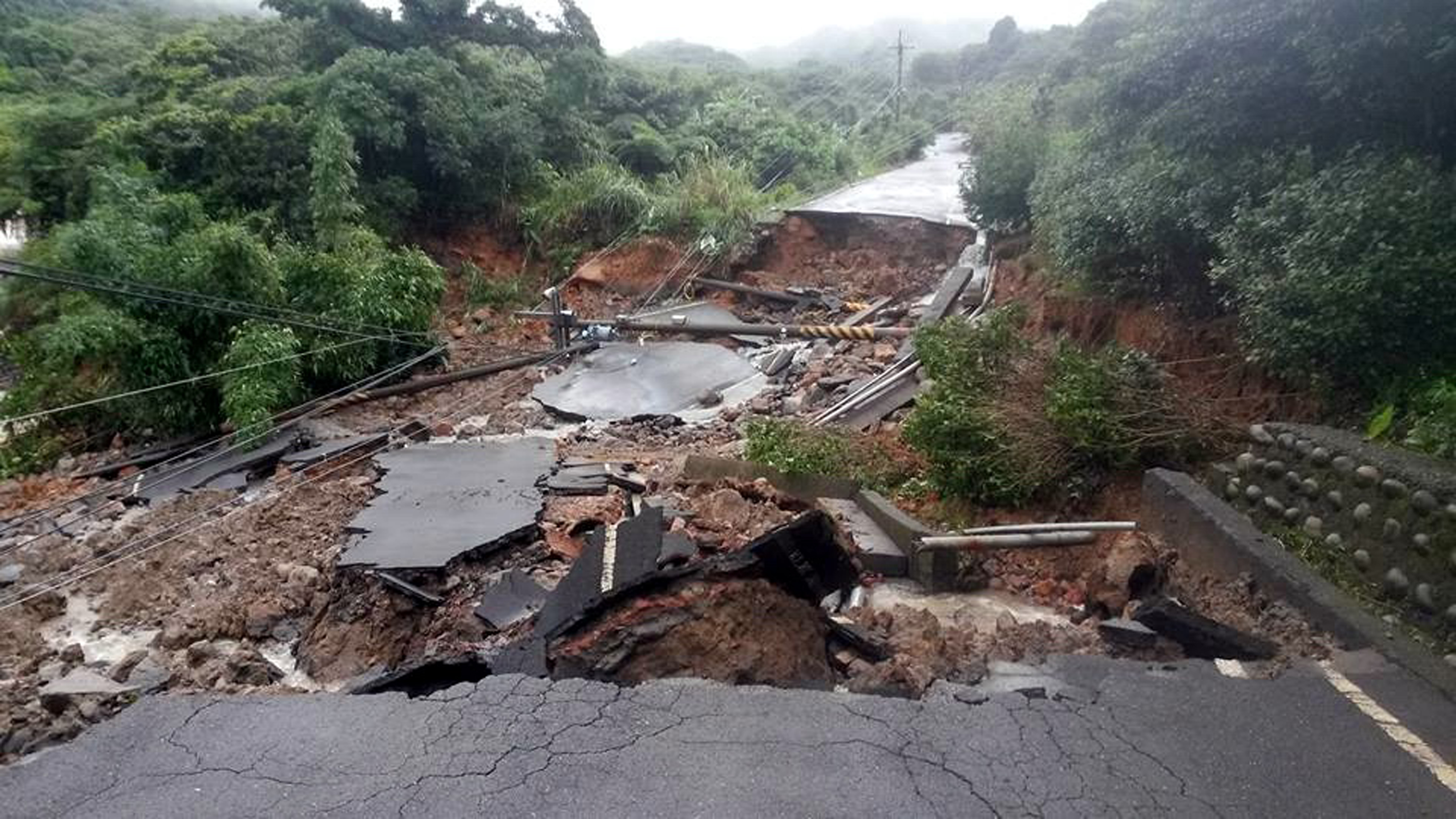 TAIPEI (Taiwan News) – A day of torrential rain left at least one person dead, two missing and five injured, most of them near the north coast, while forecasters Friday urged caution to continue until after the weekend.

The casualty was a woman who was swept away while riding a motorcycle in the Bali district of New Taipei City just before noon. A rescue operation found her body two hours later, reports said.

The two missing were an elderly woman who was working in a field in Keelung City and the other formed part of a group of three isolated by rising water in Shimen, New Taipei City.

The injured included a little girl who was stuck at a bus stop in Keelung with five other people. She was taken to hospital for treatment. The other injured included the driver of a container truck which overturned on a coastal road and a man who was buried by a landslide.

Saturday June 3 is a normal working day for offices and schools as compensation for the extra day off during last weekend’s Dragon Boat Festival holiday, but due to the heavy rains, a limited number of locations and schools would close, reports said.

The villages of Alishan in Chiayi County, Renai in Nantou County and Taoyuan in Kaohsiung City decided to keep their schools and offices closed Saturday, while eight schools in New Taipei City along the coast or in mountainous areas such as Wulai would not receive students during the day, though some would be open for staff.

Classes were also canceled at schools in Taian, Miaoli County, in the Heping autonomous area of Taichung City, and at four schools in Jianshi, Hsinchu County, reports said.

Forecasters warned that more rain was on the way, with the heaviest showers likely to occur in Central Taiwan on Saturday. The danger of torrential rain, flooding and landslides would not subside until after the weekend, they said.