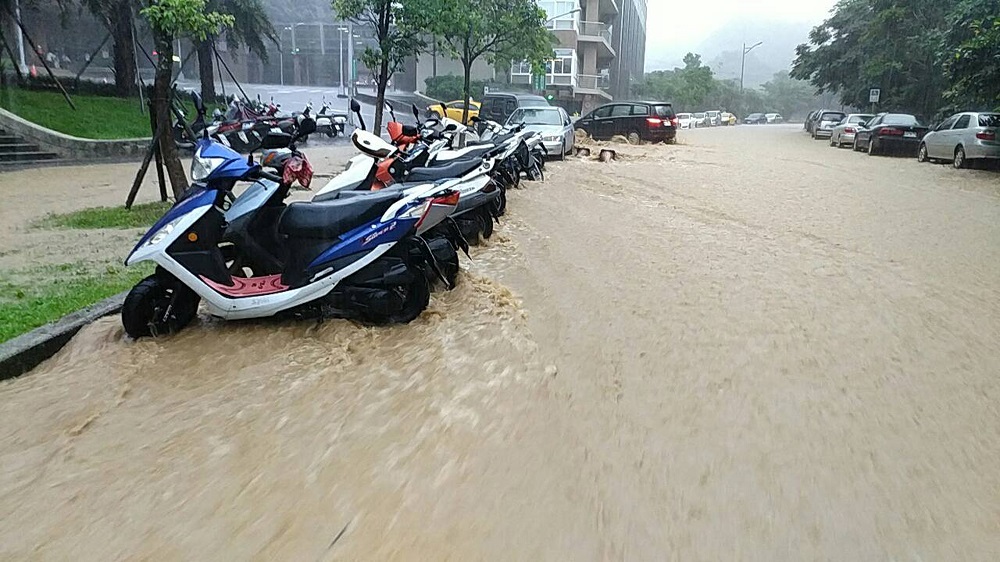 Taipei, June 2 -- Parts of the northern city of New Taipei were flooded Friday as a hovering front and southwesterly airstream dumped heavy rain across Taiwan.

As of 8:30 a.m. Friday, flooding had been reported in 43 locations in the city's Danshui, Sanzhi, Shimen, Jinshan and Wanli districts, the city government said.

Some schools in Shimen, Jinshan, Wanli and Sanzhi districts have also been closed, it said.

The Central Weather Bureau (CWB) warned Friday that the moist weather system will bring downpours all over Taiwan, with torrential rain or extremely torrential rain likely on the northern coast.

Also on Friday, the Water Resources Agency (WRA) said that in addition to the New Taipei areas that had already flooded, parts of Keelung, namely Zhongshan, Jenai and Xinyi districts, were on a Level 1 food alert.

Zhongzheng, Anle and Nuannuan districts in Keelung, meanwhile, were on a Level 2 flood alert, the agency said.