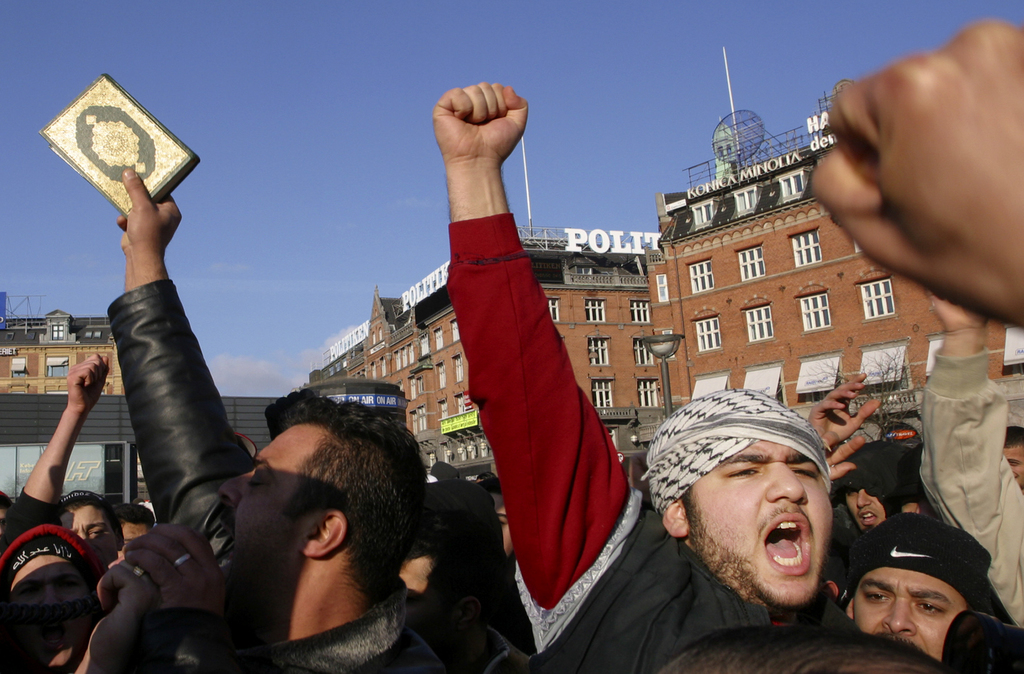 COPENHAGEN, Denmark (AP) — A case of a man charged under Denmark's little-used blasphemy law for setting a Quran on fire and posting a video of it online has raises the question again: Should Danes scrap the law which makes it a crime to insult God?

Lawmakers in this predominantly Lutheran, albeit secular, country have several times debated whether to repeal the two-line legislation. But each time, they ended up keeping it — although no one has been convicted of blasphemy since 1946. This time around, it seems the law could be removed after the governing Liberal Party joined a majority of legislators who want to get rid of it.

An upcoming trial has brought the issue to the forefront.

John Salvesen, 42, posted a video on Facebook in December 2015, showing the burning of a Quran in his backyard.

"I used my democratic right: freedom of speech," Salvesen said.

"I was deeply surprised when they told me I had been charged with blasphemy," he told The Associated Press ahead of his one-day trial next Wednesday in Aalborg, northern Denmark.

Some have argued that the law clashes with Denmark's freedom of speech.

Lurking in the background of the debate is the memory of violent anti-Danish rallies in predominantly Muslim countries after the Jyllands-Posten daily invited cartoonists to draw the prophet. Islamic law generally opposes any depiction of the prophet for fear it could lead to idolatry.

The harsh reactions came six months after the daily published 12 cartoons in September 2005, and authorities in Denmark had concluded that no laws had been violated.

Years later, one of the cartoonists survived an assault at his home by an ax-wielding man. Denmark's PET intelligence agency says it has foiled attacks, including at least one against the newspaper.

The last time someone was convicted of blasphemy in Denmark was 71 years ago when a man dressed up as a priest and mock-baptized a doll at a masquerade. He was fined 60 Danish kroner — equivalent today to 1,300 kroner ($191).

In 1971, two employees of public broadcaster DR were acquitted of blasphemy after airing a song mocking Christianity. And provocateur Jens Joergen Thorsen wasn't charged in 1973 when announcing plans for a publicly funded film about Jesus Christ being drunk and having sex. The film, when it finally appeared, was a flop.

Salvesen's lawyer, Rasmus Paludan, said he'd be surprised if his client could be found guilty. He recalled the 1997 burning of a Bible by artist Soeren Moesgaard: "No one was charged then."

A 14-member leftwing party is behind the latest proposal to repeal the blasphemy law.

It basically leaves the opposition Social Democrats, with only 46 seats in the 179-seat assembly, to stand alone with their desire to keep it.

Repeal would not be retroactive and would not affect the prosecution of Salvesen.

Several European Union countries still have some kind of blasphemy ban — often dormant and involving short prison terms or fines. In Spain, most cases are thrown out by courts, while Italy has downgraded it to an administrative issue. In May, Irish police halted an investigation of British comedian Stephen Fry because officers failed to find enough people outraged by his televised anti-God remarks.