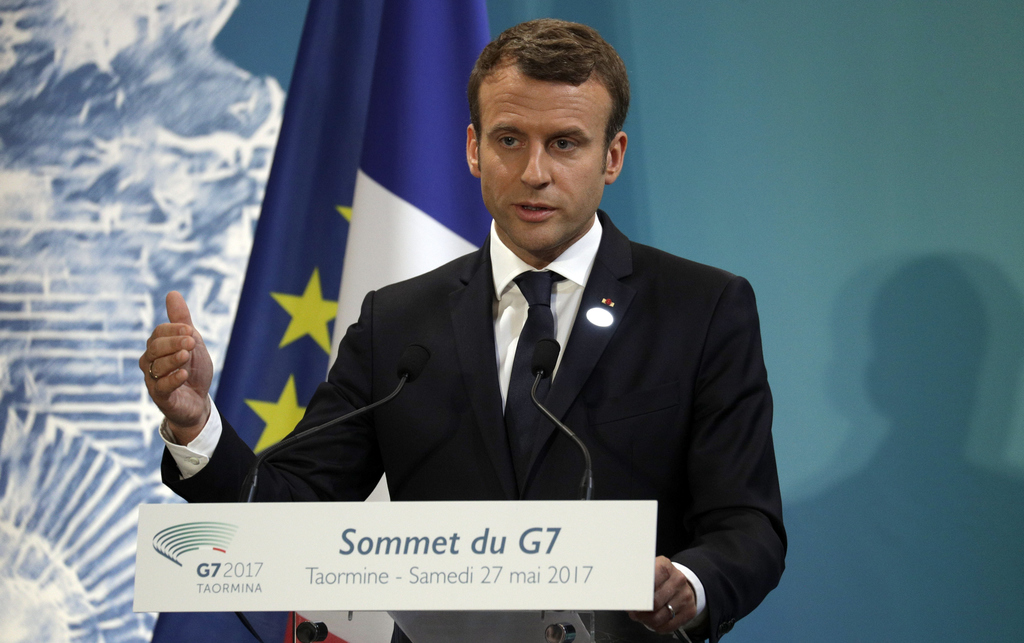 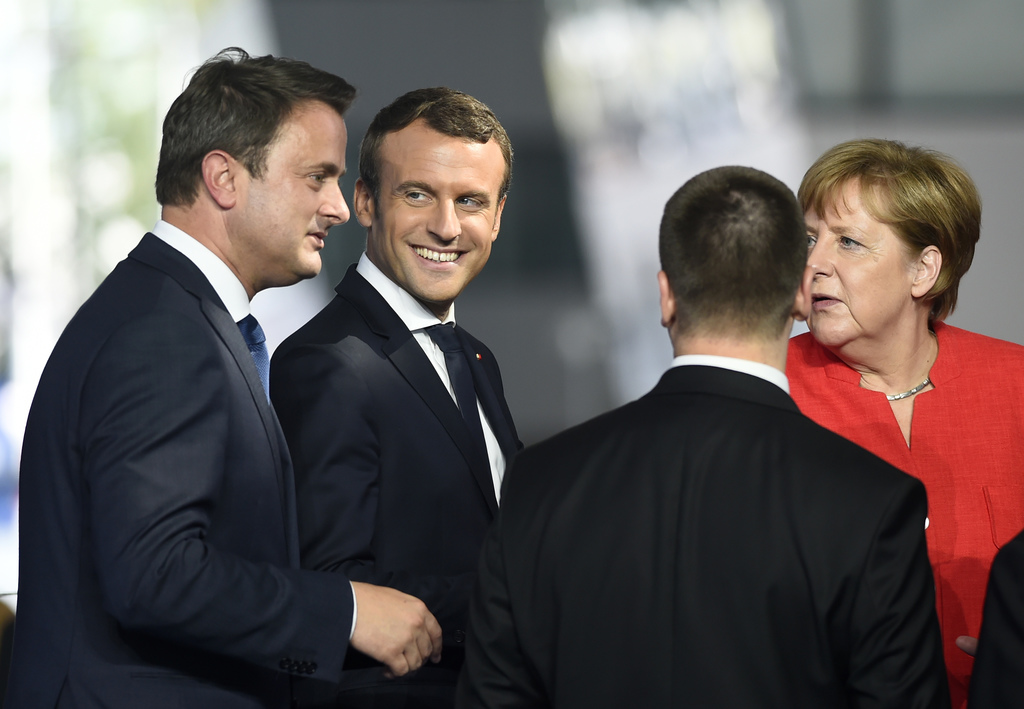 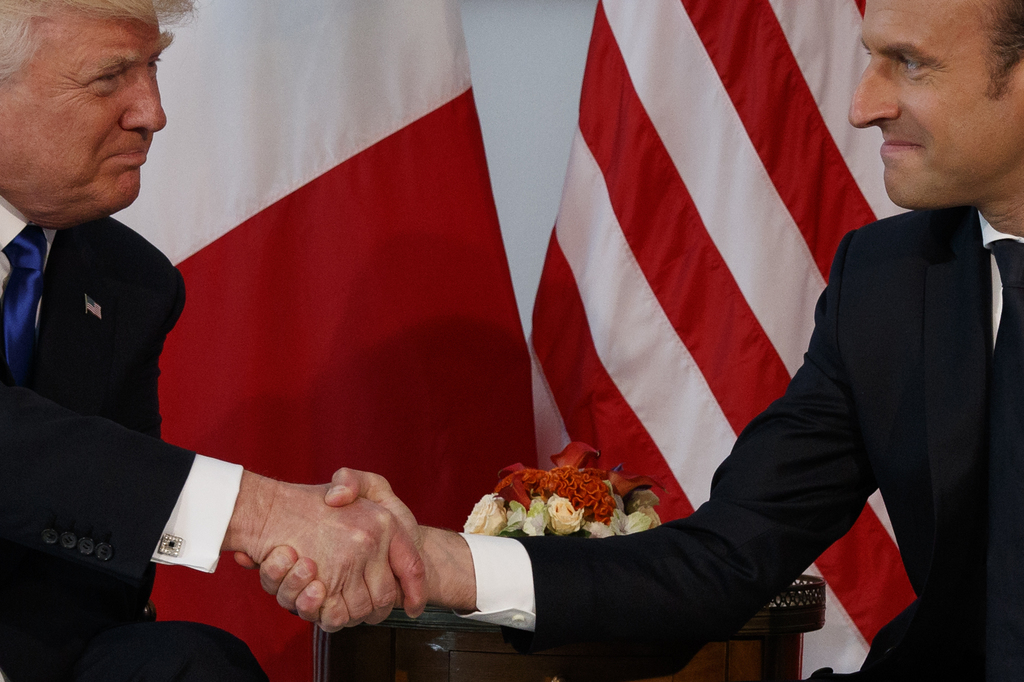 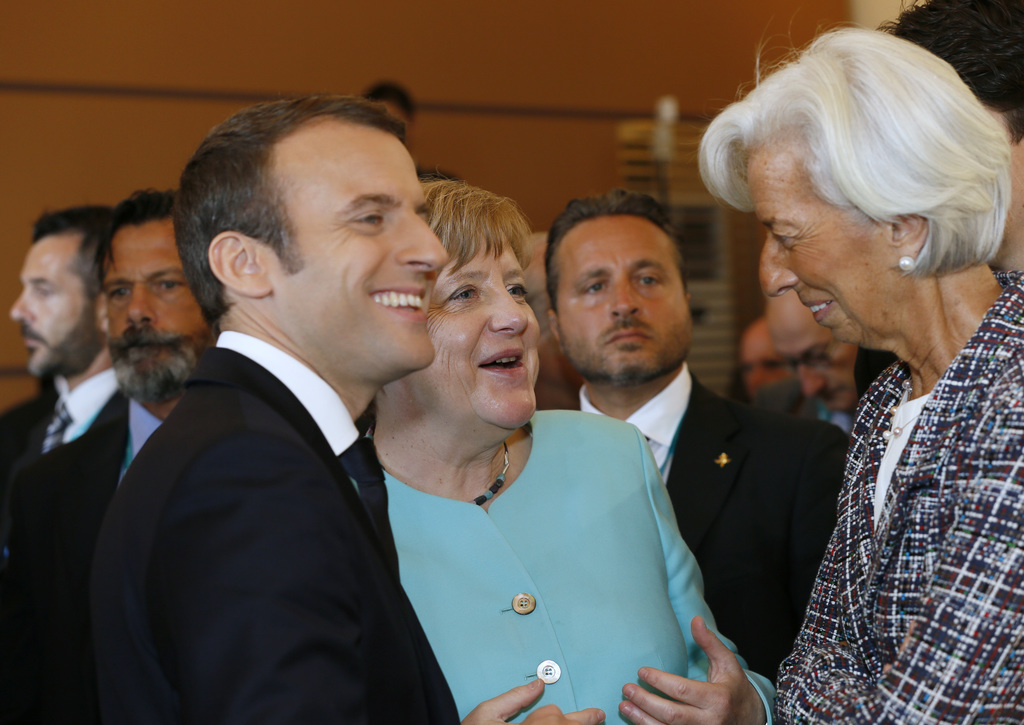 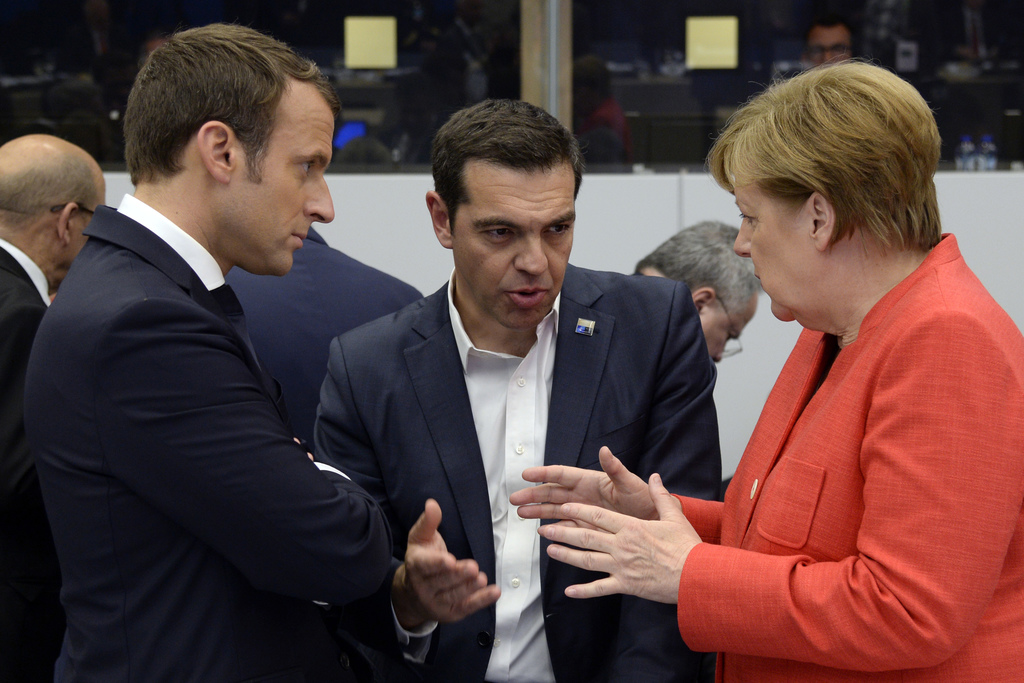 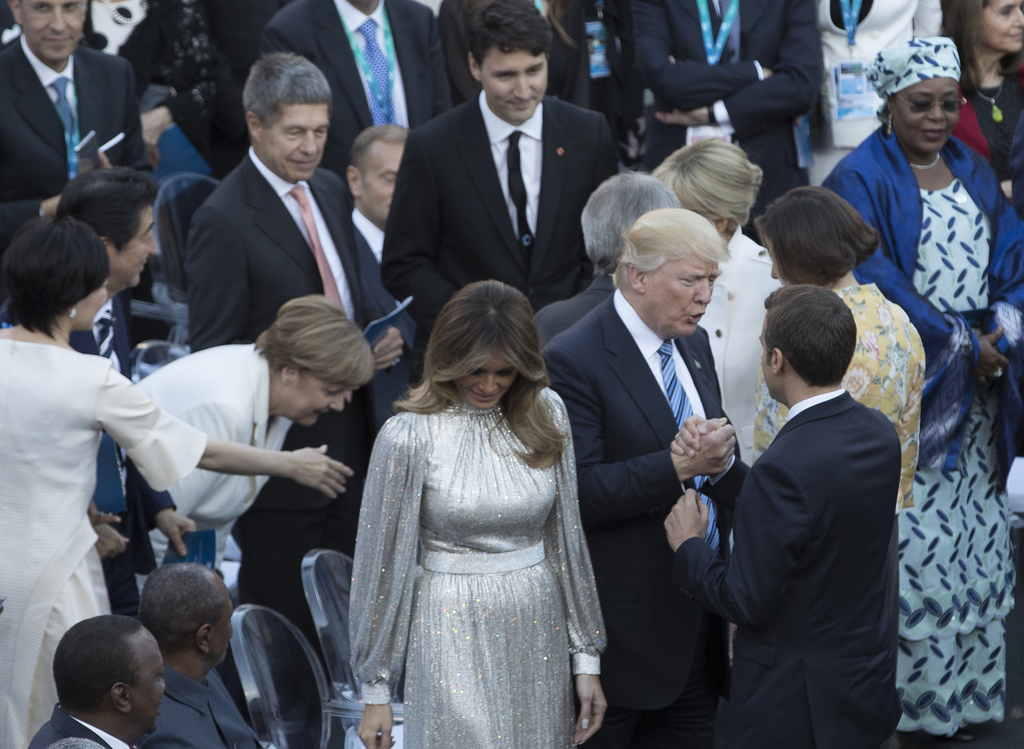 Europe has a lot riding on Macron's diplomatic performance. So far, it appears, so good.

Macron struck up an unusually chummy rapport in his first meetings with Trump, winning a handshake contest and the U.S. leader's cellphone number, despite their stark political differences.

German Chancellor Angela Merkel, too, is warming to the energetic Macron — they've already met three times in the two weeks since Macron took office — and is pinning hopes on him to boost Europe's economy and unity.

Macron is eager to dispel doubts about his presidential stature that have dogged him since he launched a wild-card presidential bid just six months ago.

During his very first days in office, he visited Berlin and a French military base in Mali, where the country's troops are fighting Islamic extremism. Then over this past week, he cemented his status as a new global player at a NATO summit in Brussels and a Group of Seven summit in Italy.

While he has never held elected office before, Macron was helped by his comfortable English and backstage knowledge of international summits gained as top economic adviser to predecessor Francois Hollande from 2012 to 2014, then as his economy minister.

Beyond the important issues Macron's tackling, his body language drew the most public attention on his summit outings.

The most symbolic image was his handshake with Trump at their first meeting, in Brussels. After some friendly chatter, the two gripped each other's hands so tightly before the cameras that their jaws seemed to clench. It looked like Trump was ready to pull away first, but Macron wasn't quite ready to disengage.

The next day at the G-7 summit in Sicily, Macron attracted attention for his friendly interactions with Canadian Prime Minister Justin Trudeau.

At their bilateral meeting, Macron, 39, and Trudeau, 45, went on a terrace overlooking the Mediterranean Sea, were they posed for photographers, surrounded by flowers.

Macron showed proximity with other leaders, joking and making a gentle tap on the arm a habit. He often paid special attention to Merkel —as if making efforts to embody the French-German friendship. Germany is hoping Macron jumpstarts France's economy, a pillar of European unity and the shared euro currency.

British Prime Minister Theresa May was visibly touched when Macron addressed his condolences in English following the Manchester attack that killed 22 people.

"We were very shocked, because ... we know how this can hurt the people of your country, but more generally for Europe. Because they attack our young, and very young people," Macron told her.

Both leaders pushed to get a separate, unanimous statement on the fight against terrorism by the G-7. The text is appealing to internet providers and social media companies to more actively fight extremism, an issue widely promoted by Macron during his presidential campaign.

Macron has promised to discuss the Syria crisis on Monday with Russia's president when he visits the royal palace in Versailles. That may be Macron's toughest test so far, amid tensions over Moscow's role in fighting in Syria and Ukraine, and after Putin openly supported rival French candidate Marine Le Pen of the far-right National Front party.

On Syria, where extremists plotted attacks against France and where Europe's migrant crisis began, he said, "I said at the G-7 table that I don't regard it as a collective victory that on Syria ... not one of us was capable of being around the table. You have Russia, Iran and Turkey. That is a defeat."

"So we must talk to Russia to change the framework for getting out of the military crisis in Syria and to build a much more collective and integrated inclusive political solution," he added.

The G-7 called on Russia to respect Ukraine's sovereignty and said they "stand ready to take further restrictive measures in order to increase costs on Russia should its actions so require."

Macron promised he will have a "demanding dialogue with Russia, but it means having a dialogue."

At the end of the G-7, Macron appeared to soften his stance on the climate talks, the most problematic issue between the U.S. and the six other nations. Macron showed unfailing optimism.

While Merkel called the G-7 climate talks "very difficult, if not to say, very unsatisfactory," Macron said "I think Mr. Trump is someone who is pragmatic and so I have good hopes that having considered the arguments put forward by various people and his country's own interest he will confirm his commitment (to the accord) — in his own time."

"I saw someone who listens and who is willing to work," he added. "For Mr. Trump and myself, it was a first experience. I think he saw the purpose of these multilateral discussions."

Optimism, and an almost constant smile on the face, are part of Macron's strategy French voters are now getting used to.

The French leader was especially careful to avoid diplomatic or political faux-pas only two weeks before crucial legislative elections. Macron needs to get a majority at France's lower house of parliament to fully implement his pro-European, pro-free market agenda.

Meanwhile, his wife Brigitte Macron experienced the role of first lady, symbolizing easygoing French chic, and at ease with other spouses, especially with Melania Trump with whom she was seen chatting.