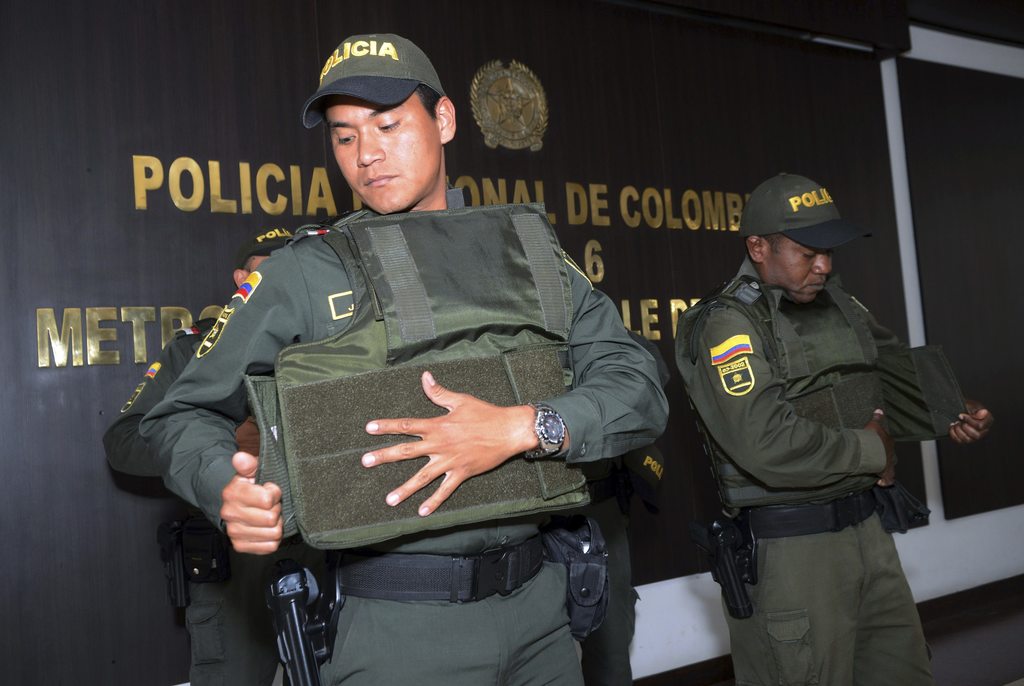 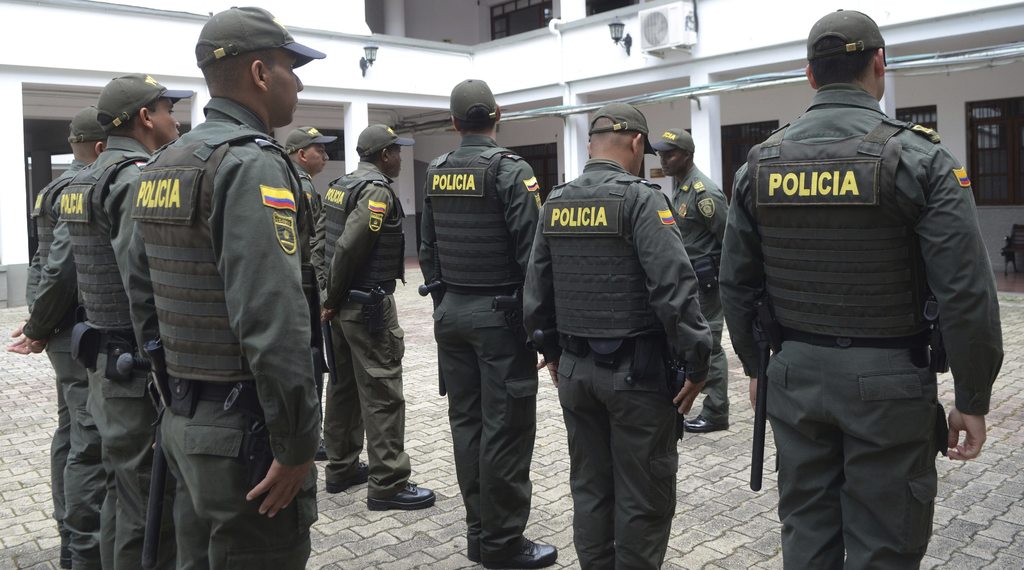 BOGOTA, Colombia (AP) — With a shot to the chest, Alejandro Caro fell from his motorbike while on patrol in a small town in northern Colombia, another victim of criminal gangs who have killed 11 officers over the past month, mostly in gang-dominated regions.

Caro's mother, Consolacion Jabe, is still stunned by his death. She said the youth had always dreamed of being a policeman and even after being injured earlier, he "survived and kept fighting for his country. ... Now he is definitely gone."

Authorities compare the killings to Pablo Escobar's "pistol plan," a strategy the drug kingpin devised in his final years to target officers. Hundreds of policemen were killed in the city of Medellin alone before Escobar was gunned down there in 1993

Some see the killings as a response to a crackdown that has reduced the Gulf Clan's ranks to about 1,500 members — half the number it had in 2010, according to the Defense Ministry. Authorities say they have captured 500 Gulf Clan members this year alone, though the group's leader, Dairo Antonio Usuga, remains at large.

"In Colombia, every time a criminal group turns to killing police, they do it as a desperate measure," said Vice President Oscar Naranjo, who battled the nation's drug cartels as national police chief.

The rash of shootings has taken place in pockets around the nation but is concentrated largely in the north and along the border with Panama, a region with a long history of drug trafficking. Most of the 11 were shot while on patrol.

In response, the military is sending troops to accompany police. Officers are also being encouraged to arrive to work in plainclothes, wear bulletproof vests and travel in pairs.

The killings come at a time of flux in Colombia's drug war.

Coca production in the country surged 18 percent last year to levels unseen in nearly two decades of U.S. eradication efforts, according to a White House report. Authorities have set a goal of destroying 100,000 hectares of coca crops this year through a combination of manual eradication and voluntary crop substitution agreements with farmers.

Meanwhile, the Revolutionary Armed Forces of Colombia, the nation's largest rebel group, is abandoning territories it long controlled, a withdrawal that is part of a peace accord reached with the government last year.

Criminal gangs and some breakaway guerrillas are now battling for control over those territories and the drug routes they once dominated. The Gulf Clan has extended its reach into 70 towns previously controlled by the FARC, according to Jorge Restrepo, director of the Conflict Analysis Resource Center, a Bogota-based think tank.

Restrepo said the Gulf Clan may well be targeting officers to intimidate authorities, ensure the smooth passage of coca out of the country and create an escape route for drug kingpins.

"Unlike what we have seen in the past, these groups don't have defined political objectives," Restrepo said.

For the widows of officers, the campaign of death has wiped away any trace of benefits that the peace accord might bring. Jennifer Macias, 30, said her husband's boss came unexpectedly one morning this month to tell her Wilber Munoz had been shot and killed in the mining town of Segovia, weeks after celebrating his 35th birthday.

"Look how everything is," she said. "The peace is useless."