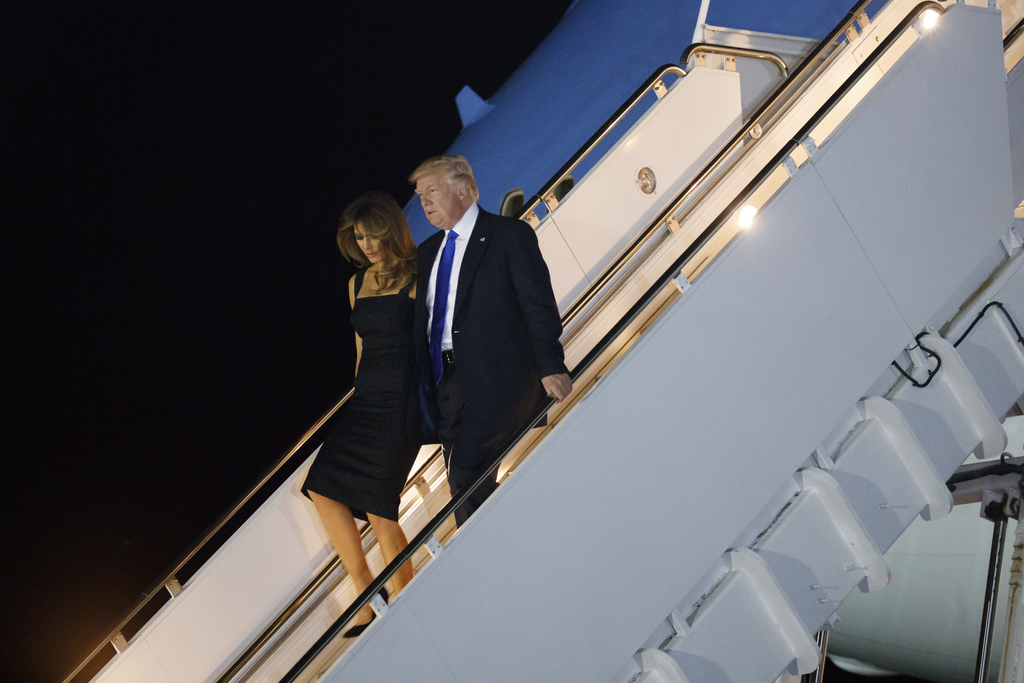 President Donald Trump is in Taormina, Italy for a series of meetings with fellow Group of Seven wealthy nation leaders.

Trump is set to meet with Japanese Prime Minister Shinzo Abe before participating in a welcome ceremony and reception with follow G-7 leaders.

In the afternoon, he'll participate in a luncheon and working sessions, before joining first lady Melania Trump at a performance of the La Scala Philharmonic Orchestra at the ancient Greek Theatre of Taormina.

The president and first lady will finish off the second-last day of Trump's first official trip abroad attending a dinner hosted by Italian President Sergio Mattarella.

President Donald Trump has faced a much cooler reception in Europe than the welcome he received in the Middle East.

The leaders of Saudi Arabia and Israel seemed in competition to outdo the other with the warmth of their welcomes. Not so in Europe as Trump met with other NATO leaders and appeared eager to go on the offensive.

Trump has publicly scolded some of America's most loyal allies for not paying their fair share of NATO's defense initiatives. He's also refused to explicitly back their mutual defense agreement.

Trump now arrives in Sicily for the final leg of a nine-day, five-stop marathon, a G-7 economic meeting. He is likely to be received warily, but the White House says the president has made personal breakthroughs with his peers.